As you can see from the map, I picked very different locations where it took me about two to three hours in walking. I picked the first location, Voorhees Building because of an event that happened where drama department put this amazing Halloween Haunted Hotel. Next was the entrance of Brooklyn Bridge, I wanted to pick this location because of the mentioning in class. I went to the nearest park which was Cadman Plaza next to the court. The most farthest place I went was the at the end of Clark Street where I saw the river between Manhattan and Brooklyn. The view was very nice, where it showed me the different side views of from Brooklyn to Manhattan. Lastly, I picked Lawrence Street where I found many Asian cuisines restaurants. 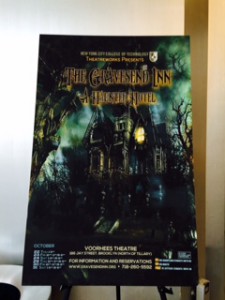 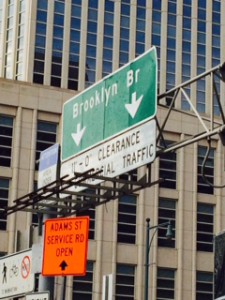 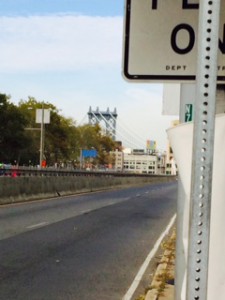 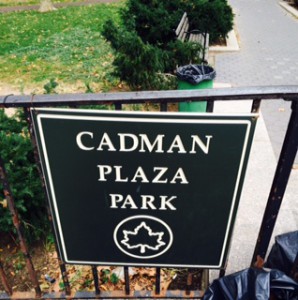 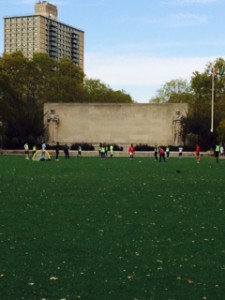 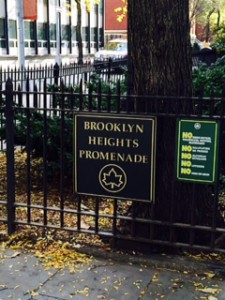 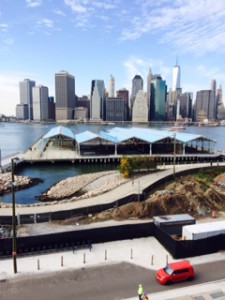 I have been going to Kings Plaza for as long as I can remember. Whenever I would go, I would always feel a rush of excitement to go to my favorites stores and look at the clothes and shoes to see what I could find, but a lot has changed. When I was a lot younger, Kings Plaza had a movie theater and my mom would usually take my sister to the first showing of whatever movie we wanted to see and we would have the best time. I was not and still am not sure how much money the movie theater made or if rent for them went up, but the theater eventually closed and was replaced by a Best Buy. Kings Plaza is also right next to the water so you’ll see seagulls, smell the hotdog stand and hear the noises of traffic. It does get a bit breezy, since it is right next to the water, but all in all its very nice. 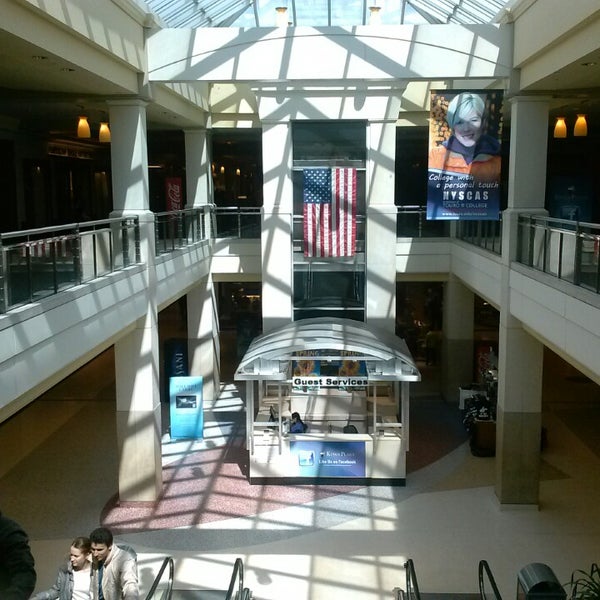 I have only been to Strike 10 Lanes once and in that area twice. Although I was with my mother and sister, I still felt lonely. Walking there from Kings Plaza is like culture shock because in and around Kings Plaza, it’s busy. There’s people around and a lot of cars passing by and it’s a totally different scene. The walk over to Strike 10 Lanes, does feel quite lonely, but at the same time I felt a presence of either someone or something. When you walk in, the first thing you see is the front desk, which usually has 1 to 2 people at it. The bowling alley also has an arcade so even though the space is not that big, the owners really took advantage of it. Strike 10 Lanes is kind of like a diamond in the rough. You don’t expect much from the area or from the outside, but when you go inside your mind gets blown. 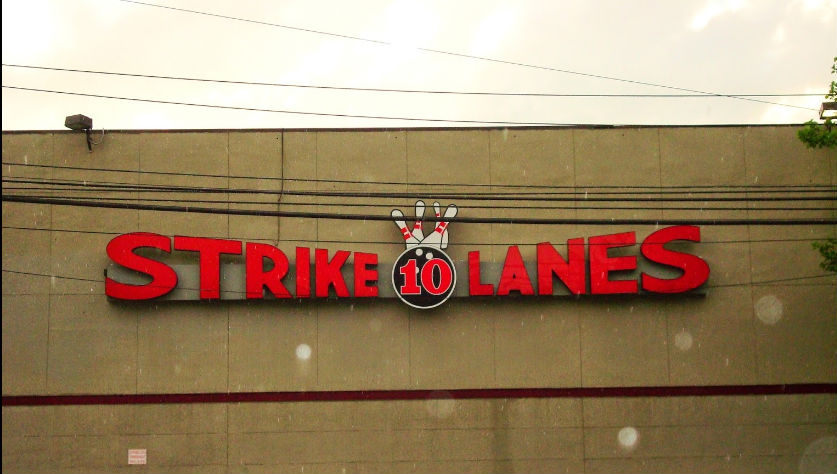 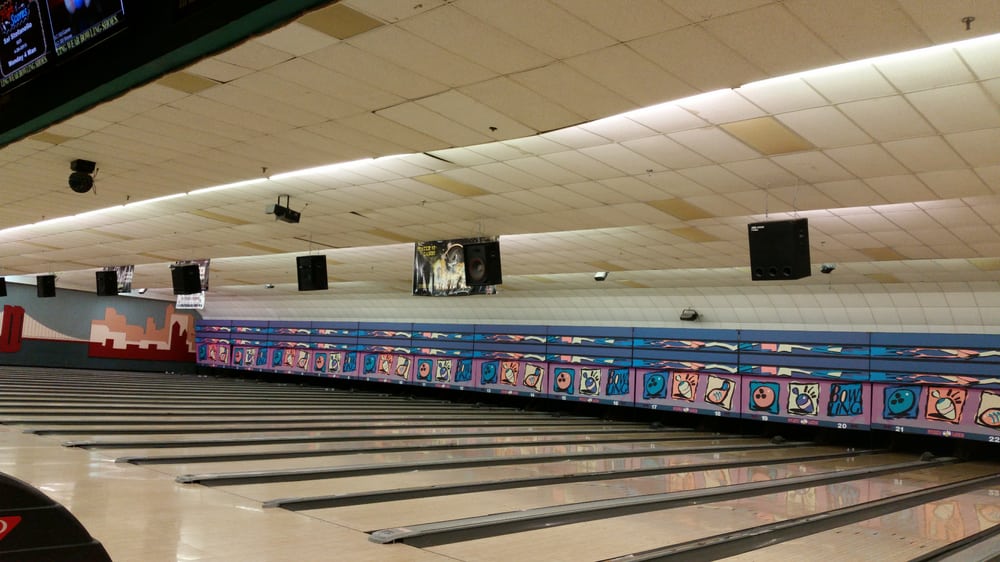 The place that I chose is not 15-20 minutes away from City Tech. When we started talking about different New Yorks and the juxtaposition between one part of New York to another I started to think about Kings Plaza, which is in the Flatlands area of Brooklyn on Flatbush Avenue, and how it compares to Strike 10 Lanes, which, as you can probably tell from the name, is a bowling alley in the same area of Brooklyn on Strickland Avenue. As you walk away from Kings Plaza, going down Avenue U, you pass by a Lowe’s, Home Depot, and a Walgreen’s. As you pass by these places, it’s still pretty populated because the area around Kings Plaza is commercial, but when you walk further away it becomes more residential and sort of like a ghost town. On the way to the bowling alley, from Kings Plaza, you’ll see what used to be a marina that’s been abandoned for what looks like a long time. There are destroyed boats and garbage in the water. There is also no one around, even in the afternoon. You see more houses and some local stores, but other than that there’s either no one or only a few people.

an opinion or theory so formed or expressed; guess; speculation

I encountered this word while reading, The Happiest and Saddest Places in New York City, According to Twitter “The city’s emotional divide has remained mostly one of conjecture”.

Now i understand that this sentence means people are divide by opinions and theory even though the information is incomplete or not true. 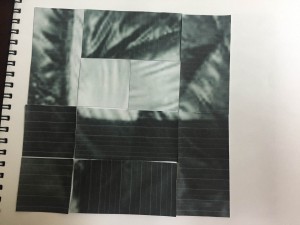 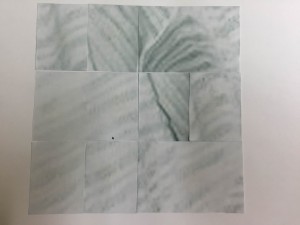 Each of these took me about an hour to finish.

: to trick or deceive (someone)

: to attract or interest someone

This word used in “What If You Could Choose Between the Fastest Route and the Most Beautiful?” I never heard this word before, so I choose it as my glossary for this week to help myself memorize this word.

Pragmatic(adj.) -to deal with situations in a very thoughtful but philosophical manner.

Ex. “Jake is very pragmatic, he loves to think about everything very deeply, especially since he believes in karma.”

Ex.  Your details on the wedding dress are beautiful on their own. You should take a holistic approach to make sure everything works as a whole.

Congeniality is similar to “geniality” which means friendliness

Ex. “The hospital was very congenial, the staff treated me like family”

Vindictive (adj.) – To posses the need for revenge.

Ex. “The man stole the monkey’s banana’s and suddenly the monkey became vindictive to ruin his life.”