There are many juxtapositions near City Tech (The New York City College of Technology). The two locations I choose to juxtapose are Macy and H&M, both are located in Brooklyn, on Fulton Street, near City Tech. Although Macy’s and H&M are both stores that sell clothes, very similar decorations of the interior, but you still could find out the difference by juxtaposing them.

Fulton Street is a long street in northern Brooklyn. There are many chain stores build on it, include Macy’s and H&M. Clienteles prefer to have a clothes shopping in either of these two stores, the stores’ popularity and unique fashion style has attacked majority clienteles who interests on clothes shopping. Otherwise, these two clothing stores are controlling New Yorkers’ fashion storm the most. The six main elements to juxtapose are logo, size, item selling, building appearance, interior appearance, and demographics. The first five elements identify the rate of demographics, and the clientele type they have. The clientele has no age limit, can be teenagers and seniors as well.

Logo is the symbol of brand, represents a company, contains the management conceptions of a company. Macy’s logo design is  horizontally and contains a red star on the left side of the letter “macy’s”. Instead of using apostrophe between y and s, they add a small black star replace on it for better visualization. H&M has a sloppy logo. It seems to be more like a handwritten letter, the letters are tilted to the right, and if you look at it clearly you will notice this logo can be written down by using marker, the endpoint of each composition has a little waving trace that can be done with a marker only. Macy’s and H&M are using different fonts for their logo, Macy’s logo is very similar to Avant Garde Gothic Extra Light, H&M’s logo is similar to Dom Diagonal. The logo shapes reflect their style. Macy’s tendency trends plain, cozy, generality, and stable. H&M trends stylish, and diversity. But they also have a common in color using which is red. The color red is the color of energy, passion and action, bright warmness color red can easily catch up clienteles’ attention to their logo, this is why many other companies are also putting red in their logo such as Youtube, Coca-Cola, etc.

The size of building implies how many classifications they do have. The larger the store is, the bigger the chance of clientele to get a view inside the store, unless a small store is famous. Macy’s size is larger and higher than H&M, plus underground floor it contains 7 floors, 5floors more than H&M, so it is possible for Macy to sell more different kind of items in their store, and after my observation, I find out they really do sell other stuffs. Other than clothes, they sell furnitures, fragrances, watches, and daily necessities on the underground floor and the floors over the 3rd floor. People go to stores for shopping items they demand for. Since Macy has more categories of item selling, the rate of the clientele are defiantly greater than H&M, because H&M sells clothes only. Another thing helps clienteles’ rate raises is the location. Macy and H&M are both located on Fulton Street, where many chain stores build on. Macy is getting a favorable place than others. A bus stop of B25, B26, B38, B52 is on front of Macy’s store, there are always many people sitting and standing at the bus stop waiting for the buses. The more buses stop at the bus stop, the more people will be there for waiting. The more people are there, the better chance for them to walk in the Macy’s store even they don’t demand for anything, maybe after they visit inside the store they will find out what they need to purchase. H&M has an inferior location stand, but in my own opinion, I like their building appearance more than Macy’s. Macy’s building appearance is laconically plain, appear light brown color. They have two large glass doors on the ground floor, and a few showcases beside entrances. Macy’s building has no windows, this appearance gives me a feel of less oxygen, depression, and gloomy. H&M build a glassy wall, support with Iron shelf, that means people can clearly see inside through the glasses, for better understanding what type of fashion they have sell, this way is much more efficient than looking at the showcase. In addition, this building appearance appears bright, clean, and fresh, unique building design attracts clienteles’ attention a lot.

I have been to Macy’s and H&M twice for observing. The results of my investigation shows Macy’s clienteles more inclined to adult, clienteles for H&M are inclined to teenagers and who born after 90’s. I prefer H&M as a teenager, their logo looks contemporary creative, fashion styles are classified properly, not like Macy’s mix fashion, example when I looked for preppy style clothes I couldn’t find them as a group presents in a precise area, but in H&M I could. This is just my own opinion, not meaning as general. Everyone interests in different type of fashion styles, and this preference lead to the juxtaposition of Macy’s and H&M.

World changes with the passage of time. No one knows when  things around would be change to unfamiliar, maybe a year, a month, or probably tomorrow. Many changes have led to most of the people become careless to the things around. But if you just paid a little attention to it, you will realize there are many small phenomenon you could realize in much detail ways. Since you juxtaposition, realize the advantages and disadvantages, you will always compare what you see to the others, and most time the equivalence will not be the same. Such as the Macy and H&M locate on Fulton Street.

:  pictorial representation in terms of light and shade without regard to color
:  the arrangement or treatment of light and dark parts in a pictorial work of art
:  the interplay or contrast of dissimilar qualities (as of mood or character)
I encountered this word in today’s course. I really like those arts with chiaroscuro, the light effect appears mystery, gives visualization with a dark fantasy color world. Perhaps I’ll use chiaroscuro in some of my future art pieces, so this is a very meaningful vocabulary for me to memorize. 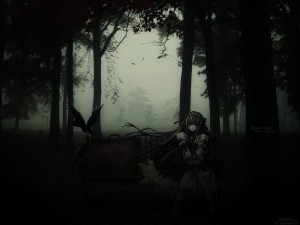 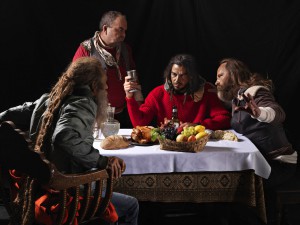 Complaining in an annoyed way

I encountered this word from our reading experts, “Brooklyn was Mine” by Jennifer Egan. This word was mention when Regan explained about Lucy’s personality towards her husband. Most of her personality toward her husband is about love. It is obvious that it is going to be about love, because he went to help out the war and they are separated since than. However, in this particular section, Regan mentioned how Lucy was showing her affection of love differently, in more of an annoying way.

To make (something) less severe, harmful, or painful

I encountered this word from our reading experts, “Brooklyn was Mine” by Jennifer Egan. This word was used when Lucy mentioned in her letter where she often get a sore feet from her job. She solved her problem where she used rubber-sole shoes to lessen the pain from her feet. This word, “Mitigate” sounds like it is used in medical terms. Because of the “Miti” close to the word, “Mini” indicating making the pain “smaller” and the rest of the word, “-gate” converts to converting into something. Which in this case it converts pain less.

poignant
adjective
evoking a keen sense of sadness or regret.
http://dictionary.reference.com/browse/poignant
“After that, I found Lucy’s letters poignant in a way that they hadn’t seemed before”
After learning the meaning of the word I realized how the writer was feeling at that moment more clearly.

why use outside materials?

how do we incorporate outside materials?