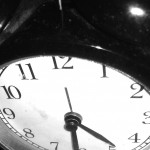 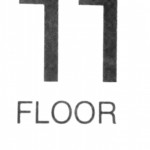 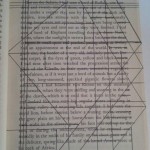 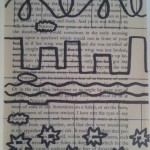 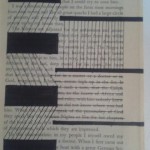 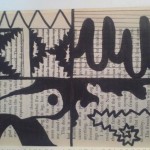 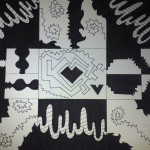 Time spent on project: 2 hours and half

For staccato I used alot of sharp lines, spikes, and squares. 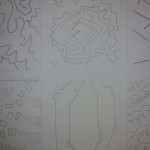 For laggato I used alot of loops, waves, and curves. 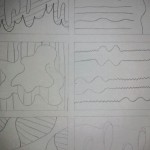 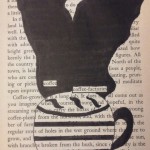 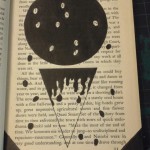 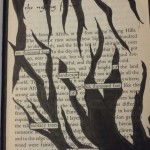 This is not just a building or an alignment of buildings that create juxtaposition. This is an intersection between Livingston street, Boerum place, and Red Hook Lane. What really caught my attention is that the front building to the right looks old fashion, because of the way the roof top has a crown looking rim around it and how the windows look as if they were tucked into the building. There are also a lot of air conditioners in that building. Then in the background there are modern buildings forming. Which have more of glass windows and are very geometrical even on the roof. They do not have air conditioners either because of how central air has taken over in many new buildings. There is a pattern as well because the second building to the left looks very old fashion too with the beige color and round windows. The pattern is old, new, old, new building. To get to this locations it takes 10 min to walk to from City Tech. When you exit make a right, walking on Jay street straight to Livingston street where you would make a right turn. You will just walk one block and end up at the intersection of Red Hook Lane and Boerum Place on Livingston street.

I have actually never walked this way before. The reason I stumbled across it was because a friend of mine wanted to shop around the area so I followed. As I was walking I thought to myself, let me see if I could find a place where I see juxtaposition. I had found a couple but it was this one that caught my eye the most. I actually did not like the intersection, because it was very busy full of cars beeping every where. It felt stressful just to cross the street.

Colson Whitehead, whom is the author of the book “The Colossus of New York”, talks about how people view New York in their eyes opposed to others in the first chapter “City Limits”. In the first paragraph Whitehead is questioning the reader about how they have arrived to this city and with what intention. Whitehead talks about the different ways the city is advertised to other parts of the world and how this attracts people to the city, but to us who have been here do not see any of that glamour that the movies, TV shows, and music talk about. When I read the first paragraph I felt as if there was a fast pace to it since some sentences seemed longer than others. It reminded me of how some people here actually do speak pretty fast, and how our daily environment is rushed. He then starts talking about how the different experiences in New York build up memories and the way you see things. For example, if you came as a child, you  would probably not see the same things an adult would or perhaps not even feel the same way about it as they do. Whitehead then starts talking about how his New York looks like to him. How he can still see an old building that is now something completely different, not because he sees things but because he remembers it how it was and not for what it is now.He also talks about how even the places we moved from or rooms we have been in are our witnesses of the things we have done. He puts personification to the old apartments he has lived in. I also sensed maturity throughout the reading, because in the beginning he would talk a lot more ignorant about how people view things, but then starts talking about how that is what makes it unique to us and how we should not let anyone say different, not even facts.Whiteheads goal I believe is to encourage people to keep building their New York the way they want to, even if in the end it probably will never be the same.

unwilling to admit or accept what is offered as true

“It saw the bewilderment on your face as you stepped out of the stolen matinee, incredulous that there was still daylight after such a long movie.”

At the beginning of this project I was unsure of what to expect. I thought to myself why would we be picking up objects from the streets? what can we possibly do with this stuff? I ended up learning a lot of stuff. The meaning of ambiguous and stable. I already had an idea of negative and positive space but i leaned more in depth the importance of both. I also learned that I was really bad at creating ambiguous drawings. What I could have done better was creating my sketches with a lot more thought than just placing them on a paper. and tracing them. In my next project I want to do everything with a meaning and a lot more of my own touch to it. With the critiques I never really applied them to my work because I thought thought it would be too late to make them such as making the boarder darker or even going back to my sketches and making them less symmetrical. 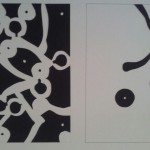 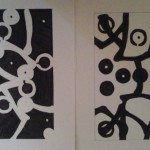 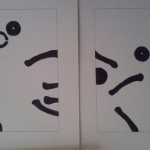 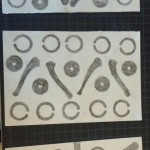 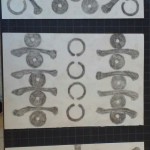 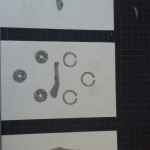 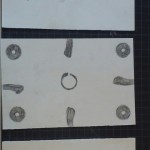 one of the many different ways or forms in which something exists or can be arranged.

” Design is a visual language whose endless permutations result from the particularities of individuals, institutions, and locales that are increasingly connected to one another by acts of communication and exchange.”

I have heard this word in math class back in high school. It was the same meaning just to a different purpose.