Kyle Djemani is a Surinamese-Indonesian American, who currently studies Communication Design at the New York City College of Technology. He grew up with both his parents and older brother working most of the day, which gave him ample time by himself. During this time, Kyle started to think about what direction he wanted to take in life. He knew that even though his family wasn’t there at times, they would support him no matter what he decided to do. Kyle decided that where he truly belonged was being able to create and design. Currently, he is pursuing a way to become an animator, but also wants to try his hand in the variety of fields of Design while at City Tech.

The Avatar I chose was Patrick Star, however, this Patrick is different from the usual character that many people recognize. This Patrick appears to be much more simplified from his overall design to his simple smiley face. This image gives this soft and caring vibe with its design and message on the trophy. I felt that this should be my Avatar because I want to spread good vibes to people by just being friendly and offering a compliment. I chose this image mainly to try and make someone’s day whenever they come across my avatar. Being able to brighten just one person’s day with this Avatar would be enough for me.

“What is your dream job in the field of design?”
My dream job would have to be, being an animator either for a big animation studio or an animation studio of my very own. From an early age, I’ve been interested in becoming an animator and how animators could make their ideas come to life. I grew up watching all kinds of animations and was always invested in how the characters were able to come to life. The type of animations that I really enjoy would have to be from the movies Moana and Lilo & Stitch. I enjoyed these films because of the way the animation flowed and how both of them told their respective stories really well. Even though Moana was 3D animation and Lilo & Stitch was 2D animation, I would like to be able to use both types of animation since they allow for a variety of ways to tell a story. I strive to make my own characters and worlds with their own unique story, so that I may share it with others. I also hope to inspire people who were like me growing up so that they can follow their creative path. 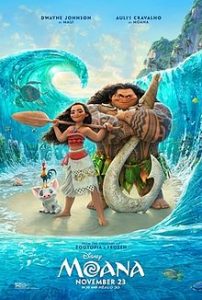 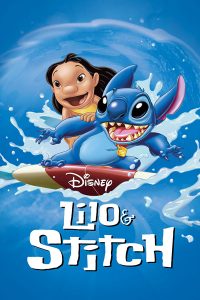 Posters of my two favorite movies and animation styles.

“Can you see yourself doing anything else?”
To be honest, I can’t see myself doing anything else besides creating and designing. I can imagine myself trying different ways of creating, such as painting or sculpting. I do however see myself also working with kids, either teaching them or looking after them. Other than that, creating is what I can picture myself doing for most of my life. Being able to create just feels right for me, like I’m supposed to use my creativity any way I can.

“What are your favorite COMD classes?”
One of my favorite COMD classes as of right now would have to be my Raster & Vector class. The Professor is really kind and encouraging to students on any skill level. It was my first time using programs like Illustrator and Photoshop, but she made it easier to understand how to use the tools that came with the programs. After the first couple weeks of the class, when she taught us the basics of navigating the program she let us go on our own a bit to make something from what we learned. The way she taught makes me feel like going on Illustrator whenever I get that wave of inspiration that comes from time to time. Anytime I feel inspired, I can see the steps I need to take while in the program to create that thought in my mind.

“What are you passionate about?”
I’ve asked myself this question a lot, while I was still deciding on my major for college. Although I got As in all my subjects in high school, what interested me most were my art classes. When I was given an art class for my sophomore year, I was amazed that it introduced me to a whole new way of expressing myself. I believed that being given the chance to create was when I really found my passion. After taking that one art class, the following years I spent trying to figure out how I could continue down this creative path. I had a lot of support from both my family and my high school Art Teacher. He was a very laid back guy that enjoyed what he did, which translated into how he taught the class. He saw that I had a talent for drawing and encouraged me to continue growing upon that talent as well as learn other ways to create. That’s when I came across City Tech’s COMD major and decided this is where I’ll spend the next four years following my passion.