I enjoyed doing this project a lot, I think it’s because each color didn’t have to be a distinct color, only chromatic grays. 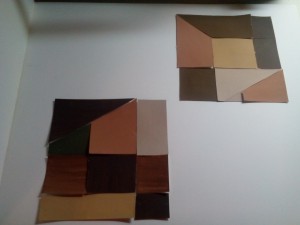 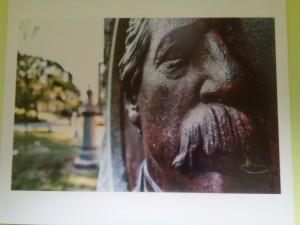 For my walk project if we are to include a map I would like to include a little manuscript map. Although it is very tedious and precise I really liked that style. I would also like to include a good legend because I noticed in one of my groups maps that it was two sided but the legend or key was only on one side so I would put it on both sides. Lastly, there was one unique map named “Heart Of Brooklyn” and it had a drawn heart on it where the artist believed the Heart of Brooklyn was, and I that was a very cool idea.

Reading Lucy was about a woman who who found letters about another woman named Lucille Kolkin. Jennifer Egan is the woman who found these letters and they all mentioned Lucy and her relationship with a man named Alfred whom she nicknamed Al. She also mentions throughout the letters about herself and her husband working during World War II.

In this very interesting article by Lex Berko. They speak on application or app that can help you receive the fastest and most beautiful route to your destination. Some things they were inquiring about was that some routes that are appealing to some may not be to others. This was something I also thought about, they asked themselves the question “but how do you quantify concepts as nebulous as beauty or happiness?” Their question was answered when they went to a website that juxtaposed two pictures and surveyed what people are appealed to most.
In my opinion Im not sure what route I would pick. But, I do know what I like in an alternate route app. I would most likely like to have a fast route that shows me the most pictures of urban artwork and basketball courts. It is very bizarre to see those things together but this is what I would like to see. I have been loving basketball since I was a little boy and urban art like graffiti art because I personally can not do it.

I wish I could have done it a little cleaner 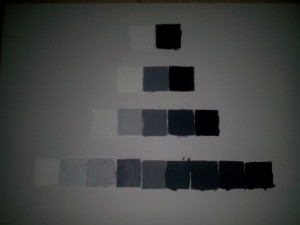 New York is a big place. Not only to the new comers we see everyday, whom New Yorkers refer to as tourists but also to those who have lived there all their lives because New York is a state that is forever changing and sooner later the whole little community you walked passed everyday, is now a totally different place. In Colson Whiteheads piece “City Limits” this is a concept he continues to write about in different and detailed ways. I will be explaining two juxtaposed buildings, meaning these two buildings are placed in a position where they convincingly contrast each other. Whitehead explains it as an overlapping New York. There are many kinds of overlapping New Yorks because as he puts it everyone has a different New York that is special to each person. The juxtaposition I found and chose to write about was the simple old versus new. I will be also explaining what I can feel from each building and how different each building truly is to each other besides the fact that one is old and the other is new.
First, I am going to speak on the building on the left of the juxtaposition. From this building I can feel that it used to have a purpose at this moment it basically ceases to exist because it is not being used for anything. When it was first built I am sure that it was very useful. It could have been used as someones personal and small business at one point and to everyone during that time who knew that building as the quaint business they passed everyday on their way to school or work, that is all it can ever be. They will never see it as the abandoned building on remsen street next to the nice glass building St. Francis uses. As Whitehead said in his piece “There are eight million naked cities in this naked city they dispute and disagree.” In this quote Whitehead is referring to each person in New York as a different New York. So to the old man who barely even knows where St. Francis even is, he knows that red-ish old building as the new dark brown building where there is a small independent business, but to that teenager that is walking down that street today, that building is nothing more than the old, abandoned, insignificant place next to their schools academic center where they come to all the time to study.
Now, on the other side of our juxtaposed New York there is a newly structured building for the students at St. Francis. As I stated earlier to the young students walking to their academic center, they will probably never even notice or acknowledge the existence of that red and brown building next to their building. To these young people all they know and all they will ever know is the academic building on remesen street that they may go to occasionally to study. Also according to Whitehead they should not even worry about what that other building is because it is not apart of “their New York”. He writes “Never listen to what people tell you about old New York, because if you did not witness it it is not apart of your New York.”
Now to compare these two overlapping New Yorks to each other based on the elements I observed by using my senses. There is a sleek and transparent feel to the Academic center to the right of the juxtaposition. Your hand can go across the front of the building smoothly. On the other hand the building in my juxtaposition to the left has a really rocky front to it. Trying to rub your hand across it the same way as you may have with the academic building, it would feel rough and rocky no where near as smooth. The structures are also very different because of the times they were probably built. The academic building on the left was most likely built a long time ago where all of the buildings at the time were probably the same. While the building on the right was most likely built in the last decade at least.
Lastly, I believe that each juxtaposition has its own way of portraying a story either by itself or as a unit. I also feel that I have explained each building in its own way along with how they can be seen together and what it means to each person. Each person is a New York just as Colson Whitehead explained in his piece “City Limits”, and besides the land I think this is why New York seems so big to people who are visiting. Everyone has so many different ideas of New York even if they have never been here. Along with the people who have already been in New York who see it while it is forever changing. These New Yorkers have seen so many different New York’s whether it be from stores, moving or new buildings being built, it is all different aspects that helps New York be seen as a very large city. I think that it is an amazing fact that all of us as a class can find a different juxtaposition in just a fifteen minute diameter away from the school and none of them are even close to eachother shows us how many New York’s there really are.

First I left the building on the Jay street entrance, and I turned right and walked passed all the A, C, F train station entrances. Then I passed the Buffalo wing restaurant and on the next corner made a right. Next you continue straight ahead until court street I believe, you then make a right on court street. You should soon hit remsen street and make a left, the two buildings will also be on your left side right next to a Hale and Hearty. I decided not to do any prior research and just walk, and try my best to find a cool juxtaposition. 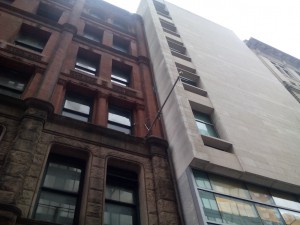 Join me tonight from 6-8:00 for a great opportunity to go to the opening of Wonder: First Encounters with Green-Wood, a photography exhibit at Brooklyn Historical Society featuring work by your ADGA classmates! You can read more about this on the City Tech website, the CUNY Events Calendar, and BHS’s website.

If you are interested in attending the opening, please let me know either via email, OpenLab message, or by replying to this post. I can give you directions for you to meet me at BHS or can meet you at City Tech beforehand and we can walk there together. If you’re interested but can’t make it tonight, the exhibit will run through January 15th, so you can go on your own or with some classmates. We’re planning a field trip to BHS this semester, but I don’t know that we’ll have a chance to see the exhibit then.

***If you attend and write a blog post about the show–at least 300 words–you will earn extra credit that can be applied wherever needed in your ENG 1101 grade.***