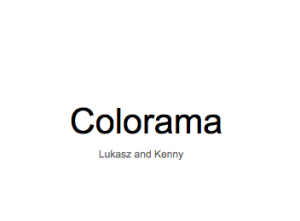 A board game modeled as NYC streets where you receive a card with a QR code giving you a random number of movements every time you scan it. When you move the number of times you’ll land in front of a building with different cards in each one giving you different trivia questions about New York through another QR code. If you get the question right, there will be a cash prize. If you don’t get it right, you move on. The person with the most money at the end wins.

A board game with random obstacles based on a character type. first one to the end, wins

Kenny and I have decided to make a board game with four sets of decks that have 5 cards each.  Each deck of cards are divided into different categories, image, lyrics, trivia and charades.  The game board is basically a small board with 16 different color spaces and 4 spaces that are home/end space, a save space, double or nothing and a directive space, which is basically if you land on it you can pick a card of your choosing and either the player themselves can do it or give it to someone else to do it and if they can’t they go back to the space they previously were on.  A die is used to determine how many spaces a player can go and the winner is the one who can get to the end space.  If no player is unable to do so, the closest to that space becomes the winner.  The QR codes will be on the cards that will give the answer to each of the cards or some sort of hint for the answer.  That is our project.

Idea One: My first idea for the QR code is that the user can scan an object’s QR code and it would direct the user to a website about that object and then search across the internet to find or detect something similar whether it’s the physical appearance or it’s function.

Idea Two: The second idea is a QR code that could be used on book. When the user scan the QR code on a book, an exact copy of it’s content will appear within the user’s phone allowing them to access and read the book on the phone as oppose to walking around with the actual thing.

Idea Three: The third idea is a type of video game within the website. It functions as a regular rpg type game and along side the game are various cards with QR code on them. The cards are object the player can use within the video game via scanning the QR code.

Idea description 1: My first idea is for a QR code that would be placed in historic landmark locations and allow a person to scan the code and get virtual directions to similar or chosen landmarks via their smartphone. It would be very helpful for tourists in major cities who want to visit multiple landmarks at once to have a sense of direction to other locations. In rural areas it could activate the phone as a type of compass to guide through unpathed areas.

Idea description 2: This idea could have multiple QR codes and would be used to send users a 2-dimensional map of the amenities surrounding them. If used in a city setting, the codes could be placed every certain number of blocks. This concept could even help with building number confusion, by displaying the number range of that block.

Idea #1: A game where you create an avatar/character that you can play/interact/train and when you scan QR codes they would either fight to get stronger, get an item like for getting stronger or help them in someway, and do quests which gives out rewards.

Idea #2: Another idea for QR Code useage would be somewhat based on puzzles. The QR Code that is scanned will give out a random puzzle/riddle for you to solve. Sometimes timed sometimes not. Once completed the puzzle will be collected and be stored for a later time if a person wants to do a puzzle once again.

Idea #3: A QR Code that is a reference to a shooter. You scan the code which becomes a crosshair and you must shoot the targets that are coming after you. This is a timed thing so you have to keep shooting until the timer runs out which will grade the number of hits you had scored.

1.  My first idea for a QR code is by creating some sort of city wide scavenger hunt.  The idea is to find certain QR Codes somewhere in the city and when you scan it you receive a clue to the next location and so on and so forth until you arrive at a place where you win a grand prize.

2.  Another QR Code idea is to use the codes as a way to create a some sort of board game where you roll the dice and then there is a QR Code on the space you land.  You scan it to reveal whatever task you have to do in order to stay on the space or go back to where you previously were.

3.  Another idea can be by using the QR Codes to give information on a person’s location.  For example, there can be a QR Code in Time Square and you scan that to get information about Times Square including anything new, construction or just basic information about the place.

I propose the following ideas