Machinima: Machinima is a genre of film that uses computer software usually similar to a video or from an actual video game for footage. The dialogues are usually replaced for the purpose of the film.

1)Machinima Inc: As the name suggest, Machinima Inc is an major corporation and created many machinima type films to begin with(hence the name). They later expand to cover news and over feed in gamings and entertainment.

3)Article: This article pertains to the incorporation Machinima’s event within New York.

5)Hugh Hancock: Machinima is often a large project dealing with several individual. It was difficult to find any individual within New York so I selected the founder of Machinima, Hugh Hancock. Below is the closes thing to his website.

Description: The small dinosaur game pieces could be used as game pieces for the Colorama game. We don’t really have set pieces or design and they does not follow any standards so any pieces works really. 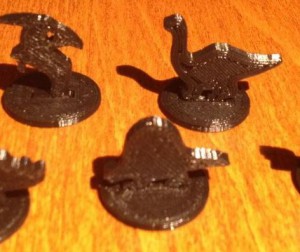 Description: Seeing as the game have cards, and this is a card holder and dispenser, it could be useful for ..holding cards. 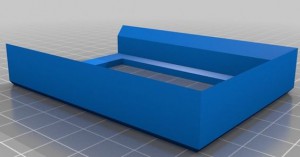 Body: The two topic I selected deals with 3D Scanner and it’s a device that allows Ipads or mobile device to see and detect in three dimensional. The second topic I’ve chosen is a laser cutter.

Topic 1: The link below goes to a youtube link that introduce and talks about the device. The object is open source and allows other to change and modify while the developer is using it to create and expand augmented reality games.

Topic 2: The video below introduce a easy self assemble laser cutter as well as basic tutorial on it’s usage and the video allows you to see it in action. It’s a small laser cutter for hobbyist and simple stuff. 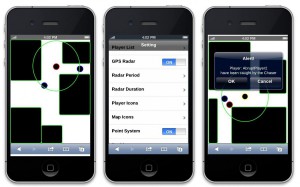 Idea One: My first idea for the QR code is that the user can scan an object’s QR code and it would direct the user to a website about that object and then search across the internet to find or detect something similar whether it’s the physical appearance or it’s function.

Idea Two: The second idea is a QR code that could be used on book. When the user scan the QR code on a book, an exact copy of it’s content will appear within the user’s phone allowing them to access and read the book on the phone as oppose to walking around with the actual thing.

Idea Three: The third idea is a type of video game within the website. It functions as a regular rpg type game and along side the game are various cards with QR code on them. The cards are object the player can use within the video game via scanning the QR code.

Project Description: The Muscle-Computer interface seeks to turn the human body in to functioning mouses and keyboard. It allows the person’s gesture or finger movements to control the interface of the computer as oppose to the traditional mouse and keyboard.

Input: The input of this project would be the user who’s arm movement, gestures and postures which is sent in to an arm band worn on the arm. The movement can also varies and dependent upon how the fingers and arms move. Even the pressure created by the finger can create an input.

Output: When the arm band receives signal from the user it act accordingly as if it was a mouse or a keyboard and does what the user intend to do with it. The type of output varies as it replaces the function of a mouse, keyboard and even game controller.

Process: By placing electrode like wires across the arm the user’s muscle movement can send signals from the nerve in to the computer and thereby indicating the gesture used or the muscle that is moved. After detecting the movement or pressure the computer does the function it was intended for like a regular user-interface. The exact process depends on what the interface is controlling.

Statement: The Muscle-Computer Interface is created on the concept that we cannot access our electronic device when we need it due to the hassle and things we carry everyday life. When our hands are occupied with objects or other matter we cannot reach for our device and therefore the Muscle-Computer interface can solve many of the problem by allowing the user’s gesture to become the input as oppose to handling actual input device while we’re busy.

Critique: The concept of the idea is very innovative but it is quite primitive at it’s current stage as it requires electrodes and I doubt anyone will walk around with wire hanging off their arm all day. More importantly it’ll take a little while before this technology can be implemented in to our mobile phone as that’s where the greatest hassle is located since nobody will carry an entire desktop with them.

Project Description: The spinning shaft project creates beautiful light show using neon tubes and the circular motion of the neon tube creates a sort of cylinder of neon light circling about. The neon lights can also go on and off in different time creating a spectacular light show.

Input: The neon light of the piece is a part of the output but surprisingly, part of the project’s input is the user. The user can participate by activating the device or light by touch and they can modify the lights and rhythm of the lights based on small gesture such as clapping or pressing a switch.

Output: With the neon light and the participant the lights will go on and off which is part of the output. They also speed in constant velocity which leads to the final result of the spinning cylinder of lights that is created.

Process: While the exact processing is unclear, it is clear that a power supplies is used and depending on how the user participate they can vary from motion sensor or other type of sensor that triggers reaction from the light. They act as switch that transport power in and out of the neon tube.

Statement: The statement isn’t very clear either since the project doesn’t seem too abstract. It is pretty direct as it’s purpose seems to be creating a spectacular light show through the use of moving light works.

Critique: The piece itself while simple is very beautiful. The ability to allow participant to control part of the light show gives it a wide range of lights and patterns. Despite the beauty of it, it is still a simple piece nevertheless and doesn’t have much functionality. It certainly serves it’s purpose well and looks very beautiful.

Project Description: This project is an example of a genetic art. It allows the user to construct and create artificial life form by drawing their shape and anatomic features then release it in a type of virtual water like environment and observe their life as if they are real creature. They can observe the creature’s capability and see it evolve or produces offspring. Some can be killed or be eaten simulating the actual evolution of life within the ocean.

Input: The users are the original inputs as they are the one who create these creature and release them in to the virtual environment. They alone can dictate the shape and anatomic advantage these artificial life have. Even after the user releases their artificial life they can continue to effect these creature in various ways.

Output: The output can vary but ultimately it’s effect is on the creature. The specific action depends on the creature or the user’s action. For example, an output would be a user placing his hand within the pool to stop a predator and thereby saving an artificial prey from said predator. The user can control and create these creature as they wish creating a varieties of output.

Process: The actual process is difficult to determine as the creature most likely follow an algorithm that makes them animal life. A touch screen is required since the user interact with these creature. How these creature behave might or might not be determined by their anatomy or users.

Statement: This project is a clear example of the combination between biological science and technology. These artificial life is created by technology but also has the characteristic of a living organism. The “genetic” of the artificial life is taken in to account and simulated in a very accurate way. The authors certain created a demonstration to show how far artificial intelligence can go especially when they begin replicating the actions of real animals.

Critique: The project looks to be very entertaining and well made. The technology seems very innovative for it’s time and can amaze even in the modern time. The algorithm necessary to create these behavior must be quite complex. This project could be both artistic and fun as it heavily relies on user interaction and experience. In fact this project wouldn’t be a big deal without the interaction of the users making it a rather unique project.

The concept I have come up with is the usage of pressure sensing that allows a user to create ripple as a projection or some type of effect on a wall or screen. The greater the pressure the user place the larger and higher frequency the ripple becomes. This could be done with computation as the basic of the idea is simply circles expanding over an area depending on how far it’s pushed down. 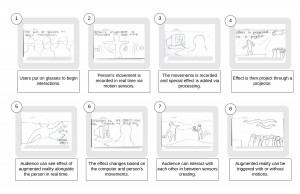 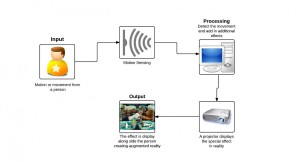 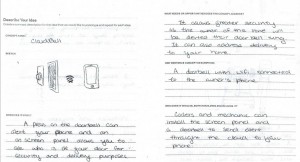 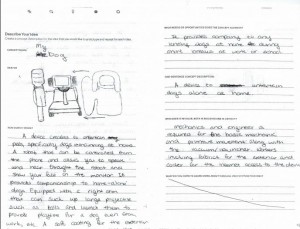