Robert Frank’s photographs weren’t among those that many others would consider art. His photographs were very simple. They captured every day life in the 1950s. Compared to other artists, it lacked excitement and spark. Honestly, who would be interested in a photo of men sitting at a pharmacy? However, as one looks through his photographs, you realize that there’s more to them than expected. At first glance, it’s just a photo of a bus with people on it, but then you realize the color of their skin and the division on the bus. Even if it isn’t as strong as Capa’s photographs, it still sends a clear message about America. I find that Frank’s work is artistic. Art has a different meaning to every individual, and I think being simple is artistic. Why not let people think? A picture’s worth a thousand words, right?

Looking at Robert Capa’s picture “Death of a Loyalist Soldier,” it is easy to make many assumptions. It is understandable why people think that the photo is fake, but I disagree. After reading the passage and discussing it in class, I thought about the reasons why it is not staged. Firstly, the man in the photograph’s face shows real shock and pain. No matter how many time a shot is taken, there cant be a moment that can capture true pain, which is all I see in this image. Also, Capa was known for getting into dangerous situation to take these photographs, so why lie and set this one up? In this case, I don’t believe authenticity matters because it still portrayed what soldiers were going through during these wars. If it was staged or not, it still had great impact on all who saw it.

Seeing how an app that was made for phone crazy adolescents can make such an impact on food photography is amazing. Food Photography is both an art and market form. Food Photography as an art is done for creative expression, just like all other types of art. On the other hand, food photography for marketing is in hopes of promoting an item or the location the item is sold. When one sees food being promoted, it is unlike the food one see in person. It is made to have people be more impulsive into buying it or tasting it. This is why it is airbrushed or edited to make the colors pop. It is all about manipulating the viewer. Food photography as an art form is more raw and pure. The food in its natural form is what should attract people. This is why food photography for marketing has a bigger impact on people. It is advertised and printed in places that can’t possibly be missed. Meanwhile, food photography as an art has to be sought out. Personally, I prefer it as an art form. I prefer things in their simplest forms. 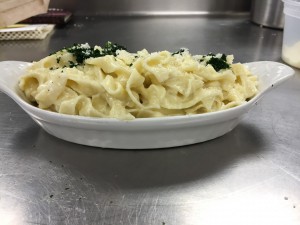 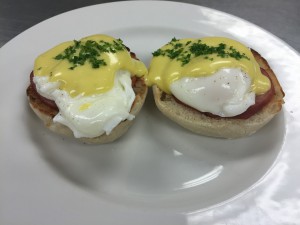 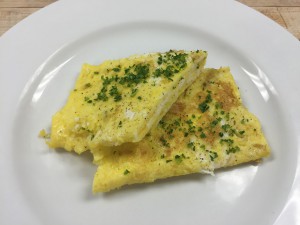 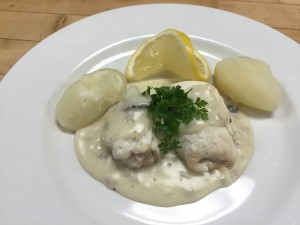 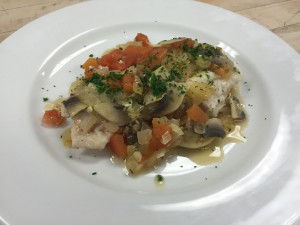 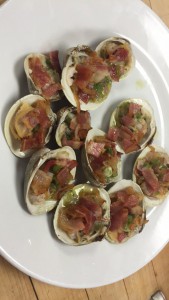 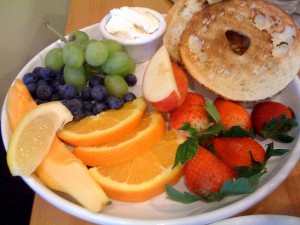 To this day, I frequently hear the phrase “Breakfast is the most important meal of the day.” When I was younger, I didn’t care enough to eat breakfast or believe that it was important, but now, I completely agree with this saying. Breakfast is the meal that helps us start our days. It provides us with the nutrients and energy we need to focus on our tasks throughout the day. This semester I realized how true it is. Waking up at 5am isn’t very easy, especially when a 5 hour class follows, but having breakfast before class really helps. After reading this article, I realized how unhealthy American breakfast is. Compared to those of Istanbul, Paris, and Iceland, what we eat is horrible. Most of what we eat is sugary and fattening. We should follow by example and eat healthier foods. I love having bagels and fruit for breakfast. I don’t think I could ever get tired of it!

Walker Evan captured pictures that I adore. The best photos capture true emotion and these photos do just that. Walker photographs many people and all of their facial expressions are stoic, emotionless and serious. Not much has changed from the time these pictures were taken. Present day, the majority of the people on the train have one facial expression and its usually the one that makes others know that they don’t want to be bothered. Who knows where those in the photos were headed or what they were talking about, but it’s probably the same thing people do now. Everyday, thousands of people ride the New York City subway, rushing to get to their destinations, which is probably what the people in the photographs were doing. Also, Evan’s photos reminded me of the images taken with Human’s of New York. Although Evan didn’t gather statements from these people, he did photograph the people of New York City. Each photo documents a person, someone who is most likely forgotten by now.  However, because they were captured in these photos, they live on. It amazes me to know that these people lived here at one point and took the same routes we do.

Of all the poems listed, I found “Chocolate Milk” and “Crazy about her Shrimp” to be the most entertaining. “Chocolate Milk” brings back great memories of cold winter mornings and being awoken by the sweet smell of chocolate milk. The poem was very simple and short but it perfectly describes how I feel when someone prepares warm chocolate milk for me. “Crazy about her Shrimp” was more of cheesy, romantic kind of poem. As I read it, I pictured a couple that’s been together for several years and haven’t gotten enough of each other, just like he hasn’t gotten enough of her shrimp. 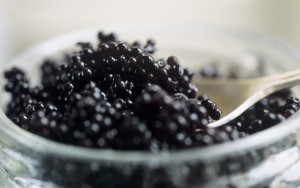 In today’s society, the food one eats can communicate status. If one can afford to eat at high end restaurants, then one is indirectly saying to others that they are financially well off. For example, If I were invited to a gathering and were served caviar, I’d know that who ever is hosting has suffiecent funds to be able to supply this costly food. I view caviar as a sign of social significance. Caviar isn’t necessarily a food for those who are well off, but because I come from a background that doesn’t eat foods like this, I categorize it as so. I’m sure the king in the expert was served Caviar at some point. While watching the short clip, I noticed how many servants he had, which is completely absurd. However, many would agree that someone with such ranking should be served as he did. Food has always, and will always, communicate status.

Before reading this article, I never really thought about what soldiers relied on to remain focused during war. The obvious answer would definitely be coffee. Now is it so clear to me why many think that Americans rely so much on it. It traces back to the early times and has remained until now. It’s amazing to read how soldiers fed themselves during these hard times. Many would think that what they consumed is not real food because of what is being eaten now. However, considering the situation they were in, it’s important to remember that they didn’t have many options or opportunity to enjoy something else. Soldiers depended strongly on caffeine to stay energized and focused on the battlefield and couldn’t live without it. Unlike the soldiers, I can live without coffee, but I can’t live without fresh fruit! 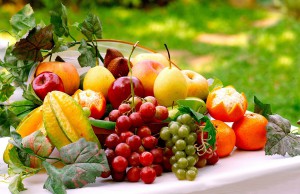 From the moment I got my first camera phone, I began to capture moments of my daily life in pictures, including what I ate. Snapping pictures of my food has become an irresistible habit, with the pictures appearing on my social media accounts within minutes. If it’s not on my Twitter account, it will appear on my Snapchat. It’s only a matter of time before my friends comment and ask where I am or mention how appetizing it looks. Somehow, it makes me feel slightly better about swiping my poorly funded debit card. With just one picture and a few friendly comments, the way you appreciate your food increases and makes you want to return to an establishment. Although Food Photography doesn’t seem like an important field or activity, it can easily make anyone’s business boom. Without a doubt, Social media is the most powerful form of advertisement. Art is one of the most popular things shared on these websites. Many people may not consider Food Photography as a serious form of art, but when one takes into account the work that goes into photographing these foods, one makes the realization that the only thing that’s different is the object on the other side of the lens. 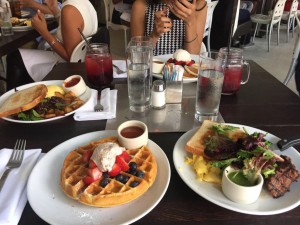