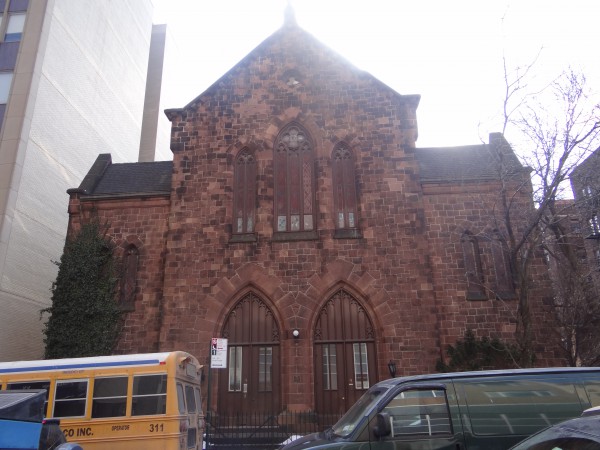 New York, the city that never sleeps, that is how many people have been able to identify this wonderful city. People from around the world come here to visit the city’s most famous places, especially those depicted in movies and TV shows. They take tour buses around the city, going from point A to point B, paying little to no attention to the tour guide – sometimes leaving with a vague idea of what the city really is, and what it has to offer for those who explore not only the historical places, but also, dare to walk the streets of New York trying to find a little piece of history on their own. Many times I have walked around the city in a zombie-like state of mind, just wanting to get to my destination, and go about my business. I could have never imagined that New York housed so many wonderful architectural sights; the wonderful thing about it is, that it is all hidden in plain sight.

One day, as I was walking around Brooklyn in search of a “Gothic” place, I came across this old church located at the corner of 99 Clinton and Remsen. I never noticed it 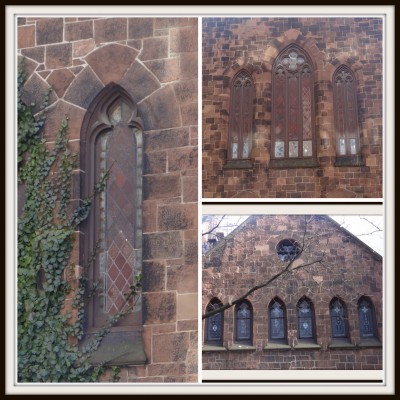 before, which I now find weird, because every time I walk by, I always find myselflooking at it. As it turned out, this was a former Gothic Church, which it was great because it was exactly what I was looking for. The Church was built in the early 1800s, and it became active in the mid 1800s – it was first known as “the first Presbyterian Church.” Later in 1882, it became the “second Presbyterian and the Spencer Memorial.” In 1994, the Church was disbanded, and “the building was [then] converted to residences” (forgotten-ny.com). For my presentation, I was to look for a Gothic place, which I found, the Church; and take very detailed notes describing that place. This Church depicts some of the classic Gothic Architecture; it is made of stone, and it has fewer windows than contemporary architecture; the windows have pointed arches and are made of Stained-Glass; also, the church has small regular buttresses, and as strange as it may seem, alongside the windows, the regular buttresses give the illusion of being flying buttresses. 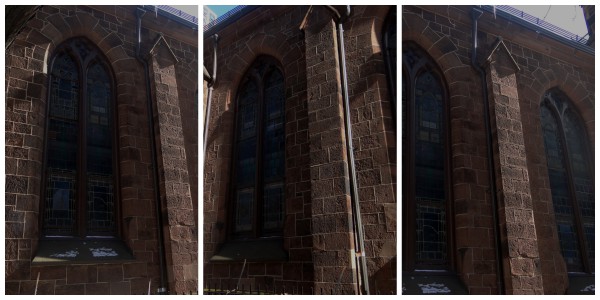 This former Church served as the house of prayers for many for a really, really long time. As described in forgotten-ny.com, the church “now features pricey, albeit dark, apartments that sell for more than $2 million [dollars]. TWO MILLION DOLLARS! – pricey indeed. For some people the idea of this former Church now being a residence, may come as something a little bit strange, uncanny if you will. Lets imagine that we are walking around the former Church, at night, and overwhelmed by its architecture, we start seeing things that are not even there. For instance, we may see what it seems to be a ghost through one of the Stained-Glass windows. Or, an other-worldly entity lurking in the shadows of the night. When in fact this is nothing but an illusion played by our own minds; the supposedly ‘ghost’ that we saw standing near the Stained-Glass window could be nothing but one of the people now living there. And the ‘other-worldly entity’ lurking in the shadows of the night, was probably the neighbor’s cat, or dog, walking around the place. How uncanny huh? We would feel like fools now knowing that- that which we have seen was nothing but an illusion played by our minds. Freud would describe this experience as something uncanny; as described by his famous essay The Uncanny – the uncanny is “that class of terrifying which leads back to something long known to us” (220). Experiencing this may come as a big shock at the moment, but later, we may share that experience with someone else; engaging in colloquial conversation, talking about the feelings that we ‘experienced’ at that exact moment; feelings that made us believe that a place such as the church at the corner of 99 Clinton and Remsen, is uncanny. How can it be? How can a place or thing be uncanny? Well, a place or thing cannot be uncanny. The reason for this is simple. As Freud points out, the collected “properties of persons, things, experiences and situations, may arouse feelings of uncanniness” (220). These “feelings” can be attributed to places or buildings – buildings such as the 99 Clinton former Gothic Church. The Church itself does not depict uncanniness of any sort, what defines the uncanny then, is how people experienced certain events marked by history or cultural beliefs. Anthony Vidler explains this by saying that, “if there is a single premise to be derived from the study of the uncanny in modern culture, it is that there is no such thing as uncanny architecture, but simply architecture that, from time to time and for different purposes, is invested with uncanny qualities” (qtd.in Newland 172). It goes to say that 99 Clinton is not uncanny, but rather because what people may have experienced while walking around the place, qualities of the uncanny have been attributed to it.

We can experience a similar case as depicted in The Castle of Otranto (Horace Walpole, 1764)  when Frederick, Isabella’s father, asked one of the servants where Hippolyta was, he then was told that “at that hour she generally withdrew to her oratory,” a small chapel within the castle. Upon arriving he saw what it appeared to be a person praying at the altar. To his surprise this was a specter, the one that helped him go back to the castle and claim his rightful place. He almost jumped out of his skin in terror; that was something he was not expecting – that was something uncanny. That feeling of uncanniness took place in the oratory, a place for prayers and peace, not a place that will scare the life out of you. Of course the event that took place at the oratory calls forth feelings of uncanniness, but that does not mean that the oratory itself is uncanny; as it was the case for the hypothetical scenario depicted for the 99 Clinton former church, uncanniness is nothing but a quality that was attributed to the Oratory because the events that took place. Uncanny or not – this former Church is now one of those places I will not forget. I will not forget it because wherever I go, I now pay attention to what is around me, thus giving me time to admire that which before I did not bother to contemplate: the Gothic architecture of New York City. 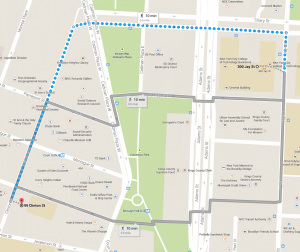