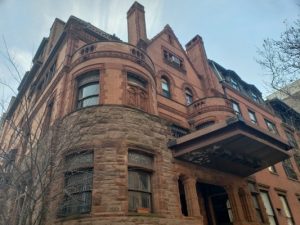 The outside of the building was red bricked with an arched entrance way with intricate designs carved into the stone above the arch way. On the inside on the first floor, the floor had patterned tiling and the bottom half of the wall was covered in decorated wood with one wooden bench. The top half of the wall was white and covered in either portraits of various historical figures that lived in Brooklyn or landscape paintings. There was an old wooden staircase that would groan under even the lightest footstep. This staircase lead directly into the library whose doors were also arched with decorated wood. The library was grand. The space had gothic elements stained glass windows, high vaulted ceiling, Corinthian style columns that surrounded the base floor, bookshelves twice our size and paintings whose eyes just followed you around the room. Every shelf had books that were new and old but all books were written about Brooklyn or written by someone who lived in Brooklyn. 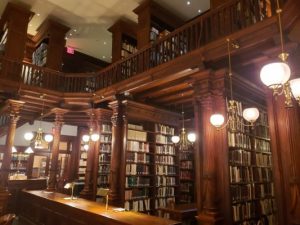 The sublime in gothic literature is when an object, be it place, item and/or person elicits awe in the majesty of it’s being but also the feeling of fear and terror. It is also used as a sign to eldritch behaviour in characters that at first would otherwise seem normal.“Gothic literature is a combination of horror fiction and Romantic thought; Romantic thought encompasses awe toward nature. Essentially, Romanticism is a reaction against the Enlightenment, a time that revolutionized scientific thought, and emphasizes emotional response and intuition over clinical knowledge. Romantic literature elicits personal pleasure from natural beauty, and Gothic fiction takes this aesthetic reaction and subverts it by creating delight and confusion from terror. This use of terror is called the sublime, which is an important tool in these narratives.” – Emily Deibler. The Brooklyn Historical Society is a place that fits the definition of the sublime. The sublime is a place of such excellence, grandeur, or beauty as to inspire great admiration or awe but also terrifying in the fact that it’s silence is haunting and the paintings seem to follow you around as though they were alive.

The gothic novel that shares the same theoretical concept of the sublime as the Brooklyn Historical Society is Horace Walpole’s The Castle of Otranto. Both of the buildings with a magnificent and imposing appearance for such odd buildings. For example, their portraits and paintings inside. In The Castle of Otranto there is a painting of Alfonso the Great that stares down on the conversation that Manfred and Isabella are having and when Isabella flees the painting leaps from the wall to lead Manfred through his castle.” 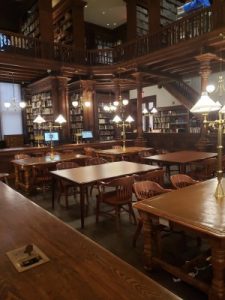 At  that instant the portrait of his grandfather, which hung over the bench where they had been sitting, uttered a deep sigh, and heaved its breast. Isabella, whose back was turned to the picture, saw not the motion, nor knew whence the sound came, but started, and said— “Hark, my Lord!  What sound was that?” and at the same time made towards the door. Manfred, distracted between the flight of Isabella, who had now reached the stairs, and yet unable to keep his eyes from the picture, which began to move, had, however, advanced some steps after her, still looking backwards on the portrait, when he saw it quit its panel, and descend on the floor with a grave and melancholy air. The painting in the Historical Society might look haunting and weird at first but once you take a step back and take a moment to recognizes it is splendid piece of work and a wondrous part of the history of Brooklyn. 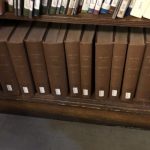 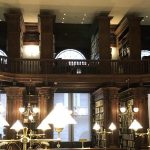 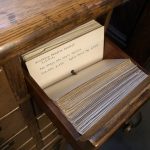 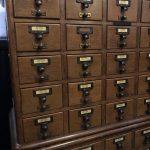 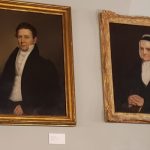