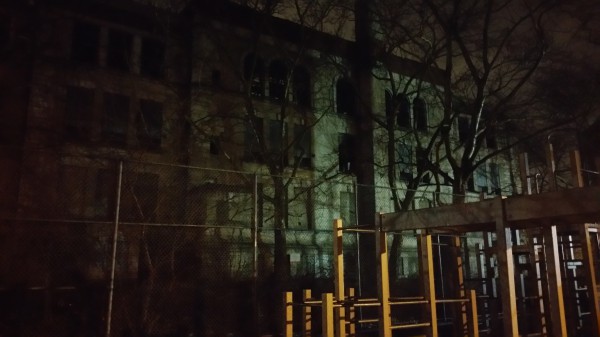 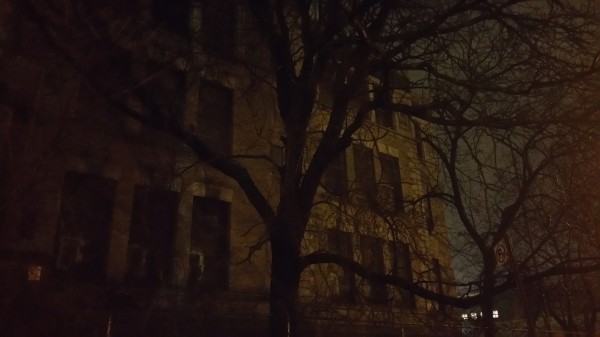 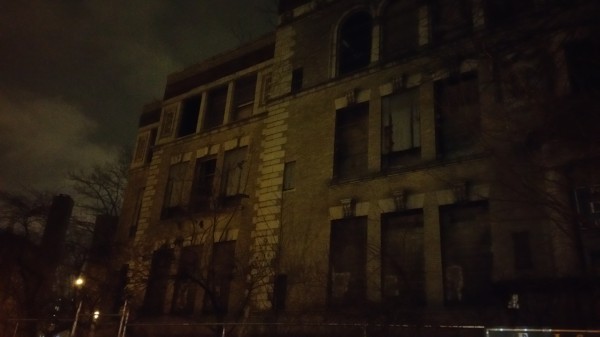 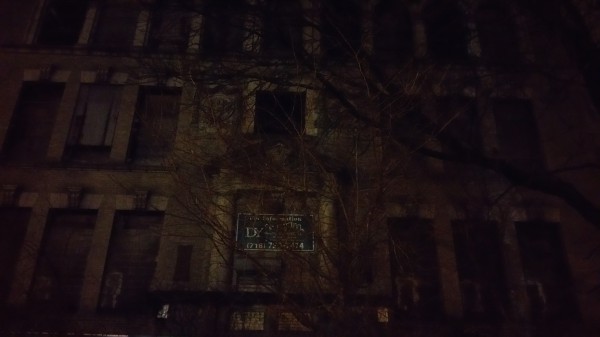 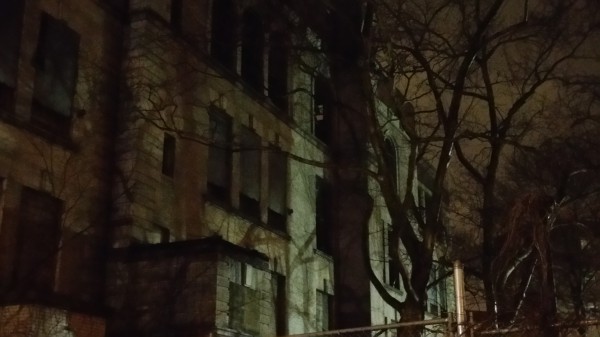 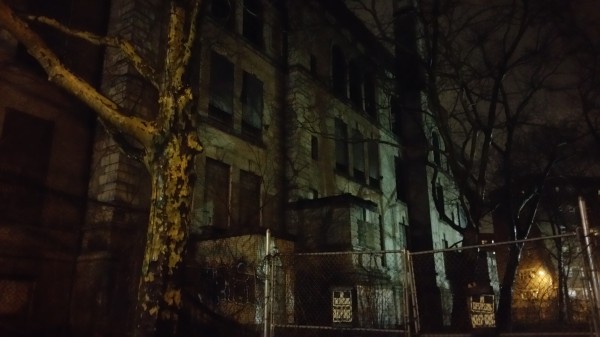 On my way home from school one day, I was thinking a place that is creepy enough to actually be considered gothic. Coincidentally I ran into this place. It’s an abandoned school near by my house. Its located on Rockaway ave im brooklyn. The now abandoned ps 125 is just a rotting entity now.I thought to my self how I didn’t think of this place initially. Any how just with the way it looks it can be considered Gothic. It’s an abandoned place that once was full of life. ( literally) . There are boarded windows, crooked trees, holes in the wall, missing bricks. This building is decaying. What gives a more uneasy feeling than an abandoned school. A place that is supposed to be positive and filled with children, but is cold abandoned and possible haunted. This school can be considered as abject because it went from being something positive to a creepy place to look at; a disturbance in indentity. The definition of abject is. In “Powers of Horror” by Julia Kristeva she vividly describes the abject.

“It is thus not lack of cleanliness or health that causes abjection but what disturbs identity, system, order. What does not respect borders, positions, rules. The in-between, the ambiguous, the composite. The traitor, the liar, the criminal with a good con-science, the shameless rapist, the killer who claims he is a savior.” (Kristeva)

PS 125 was first opened in 1901 and was mainly built for the immigrating Russian , Polish and Jewish children. The school was overly crowded and in hygenic. By the 1940’s the school had became a “white/ black” school and was populated 30% over its capacity. The school was so filled that students weren’t able to get a fill day of education. The reason that this school shut down to this day remains a mystery. 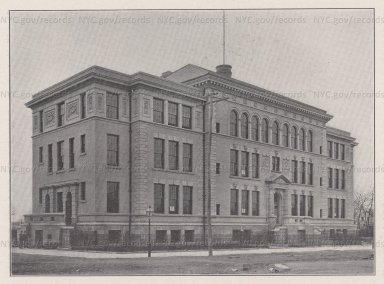 The picture above was taken 7 years after the school opened. 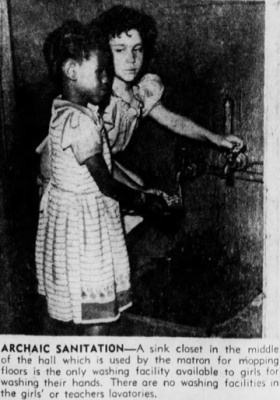 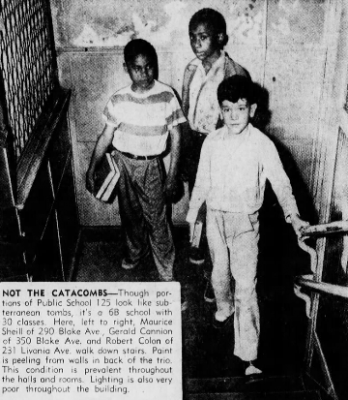 But there are many ghost stories surrounding it.

When  A few stories were told to me about this place. One of the rumors was that the school was closed down because there was a creepy janitor who abducted children and killed them in the locker rooms. Given the schools history of over population this isn’t hard to believe. People say that at night while passing they can see what seems to be small children standing in front of the windows. Unfortunately I wasn’t able to enter the building to see for my self. I’m not sure how much of it is true, but it sure is creepy to think about. When I picture what the inside if this place looks like I think of the scene in silent hill when alessa’s mom was in the school and got trapped in the bathroom when the alarm went off and the dead body almost got her. Putting my thoughts along with this abandoned school is creepy to think that it can be similar.

If I had to compare this school with a text that I read it would be a rose for Emily. The reason I works compare it to this text is because the evil can relate to the house that Emily lived in. While the decaying house was still standing time was changing around it along with the buildings.

“It was a big, squarish frame house that had once been white, decorated with cupolas and spires and scrolled balconies in the heavily lightsome style of the seventies, set on what had once been our most select street. But garages and cotton gins had encroached and obliterated even the august names of that neighborhood; only Miss Emily’s house was left, lifting its stubborn and coquettish decay above the cotton wagons and the gasoline pumps-an eyesore among eyesores.” ( Faulkner 4)

This school is surrounded by a housing development and stores. There is even apark right on the outside of the school so for the school to sell be there stick in time it’s very similar. Also the people in the rose for Emily never knew what was going inside if the house. The people of the neighbor hood don’t know what could be lurking inside if the school either.

Although this school has a tough history and is know what seems to be straight out of the movie Silent Hill I still recomend that you come out and check this place out. Its pretty awesome to look at and wish that you could go inside.

This is what I imagine the inside looks like.