Established in 1838, Greenwood cemetery was designed by architect  David Bates Douglass as a response to the rotting corpse problem in Manhattan and served as a resting place for many New Yorkers. 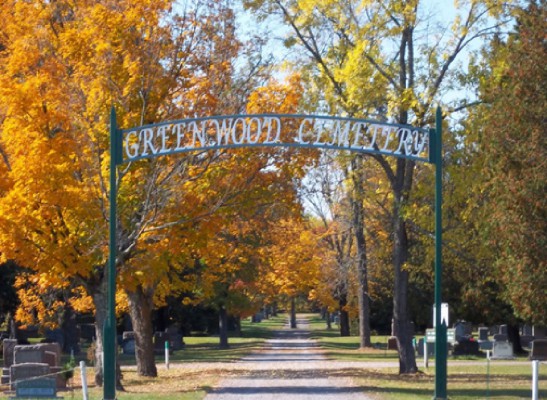 The entrance of the cemetery was build in 1861 to 1865 which is during the Civil War. That is no coincidence of course as it is a resting place for many Civil War veterans since the burials for the veterans were free. 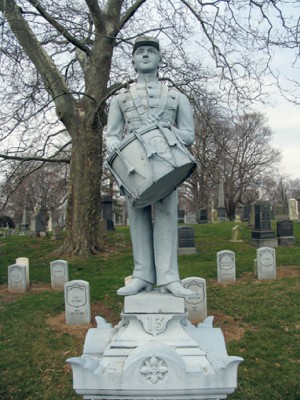 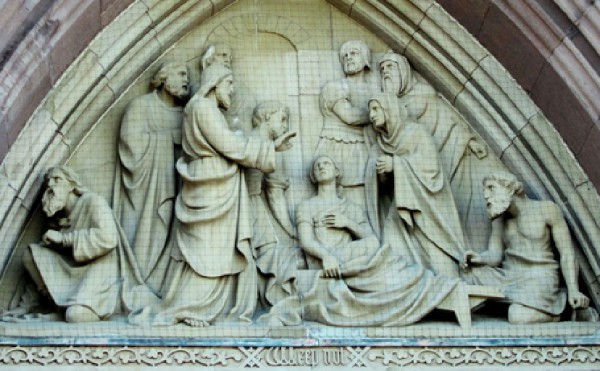 Another one of the many focal points of this cemetery that caught my eye was the Angel of death that is located above Charles Schieren’s grave.he was the mayor of Brooklyn so it’s not like he was some sort of devils worshiper. The Azrael figure shouldn’t be hard to spot even though it’s is concealed in a hooded cloak, her face deeply recessed and only visible to one willing to kneel below the overall 40-inch height of the piece on its granite plinth. Her arms are stretched out to each side with fingertips touching large closed books, symbolizing the “fullness of their years.” The sculptor, who was a personal friend of the Schieren family, was inspired to create a unique work, very different from cemetery memorials of the period. It is quite the eerie sight one because it is unusual I mean not for a cemetery but who puts the grim reaper on there grave. The statue shows great oxidation because it has not been kept or protected which gives it character. It is to guard them in the afterlife? The cemetery itself is very quiet and for Nyc finding a quiet place isn’t usually an easy task. You can hear the wind howling and its almost like you can hear the voices of people which is a bone-chilling experience if you’re into that. The statue itself isn’t very distinct and at first, when I saw it I didn’t really know what it was. It wasn’t until I looked under the hood that I saw a face and was kinda fascinated. I would love to visit it in the evening with the sun setting I’d recommend it at that hour if of course, you can get in past closing time. But its risky and I don’t advise it but even In the day time it is quite the place to visit. 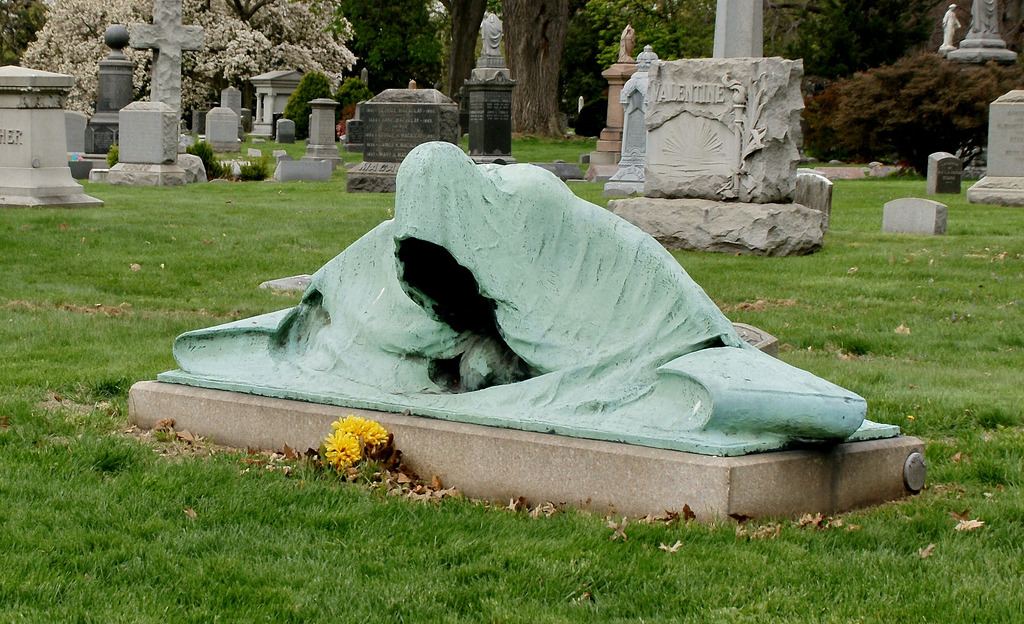 The Angel above Schierens grave is both sublime and queer in that there is a beauty in death. In Gothic storytelling, the word sublime refers to the natural beauty that which surrounds us. This can sometimes cause confusion or intrigue, for example, the fact that we no longer have to worry about any worldly desires. Any fear, hate, pain, sorrow, or grief. On the flip side, there also is not any curiosity, love, pleasure, happiness, or joy to look forward to either. So some people might, in fact, look forward to the bittersweet release of death. 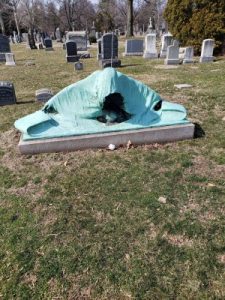 This can then also be seen as sublime since death is a natural occurrence that most people fear while others wish for it. On the other hand, queer, in the normal sense of the word, is when something is not what the average person would consider normal. On the contrary to the sublime nature of death where many fear death, the ones who actively seek it would be considered queer. Knowing this, it can be seen as queer because it is not normal for someone to want and actually get a reaper as their gravestone as most people acknowledge the angel of death as a being they don’t want to meet. So seeing this, it can be seen as even an altar or shrine to the angel. The queerest thing though would have to be the face of Azreal. It can only be seen properly when laying on the grave. Most people would not want to do this feat but never fear, it was done for you reader! 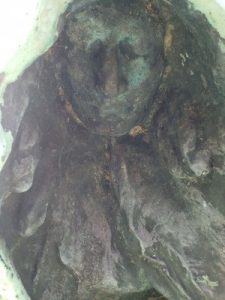