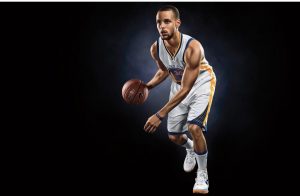 This photograph is by Blair Bunting. He is known for sports photography. I was drawn to this photograph because it represents one of the main things that I like to do. This photo  shows great contrast between colors. the vivid primary color makes the subject really stand out against the black background. The photo also shows a sense of movement. 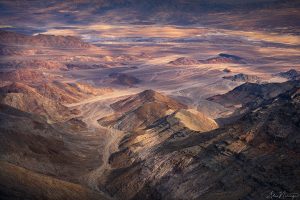 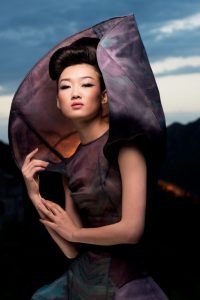 The image above is by photographer Joe McNally, this is a fashion shot and I was drawn to it because it is a great example of framing. In the shot he uses the hood to frame her head inside and that automatically draws the viewers eyes to the subjects face. He also fills the frame with the subject and uses color to separate the subject from the background. This photo also shows shallow depth of field which is another way Joe chose to bring attention to his subject. 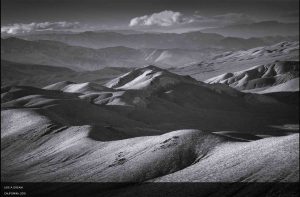 The photographer that I chose is Alex Noriega. One of his works called Like a Dream really stood out for me. The picture is black and white. It has a beauty of symmetry and contrast. And the rule of third is very well shown in the picture, which gives a nice depth. All of his works shows the beauty of nature, and I can feel how much he appreciates the nature.

The photo that I have chosen to write about is Landscape Photography by Francesco Gola.  I have chosen this photo because it shows a great significance of what wonders people can discover in the world. I have noticed that the photographer had simplified what his choice of topic was to base his photo on. In my eyes, the main focus point is the two islands because it has a clear sense of focus and shows more of whats there in the foreground while showing less of whats in the background, indicating the knowledge that the photographer used composition frames in his photo. This photo is enjoyable to look at, and has a very subtle artistic style.

This photo was taken by Hitler’s personal photographer, Heinrich Hoffmann at the Bückeberg Harvest Festival. This symmetrical photo captured Hitler at the center ground and cheering by his troops and people. The sole purpose of Hoffmann’s job is to staging Hitler’s growing pageant of power and choreographing the regime’s propaganda carnivals then selling them to the German public. What is striking about this photograph is how the media can be turned into a Propaganda Machine if it is controlled by authority. Media can be very manipulative and it plays a crucial part in feeding ideology to the general public, which also gave Hitler a chance to rise his power.

The photo I chose was by Alex Noriega- Landscape photography. I chose this photo because it is a true beauty to look at. I see that he really used the rule of thirds for this photo. To me the focus point is the water because it has a flow/motion feel, it is leading towards the middle of the image. Also the colors he has in this photo adds another layer of beauty to it. This photo is relaxing to look at. 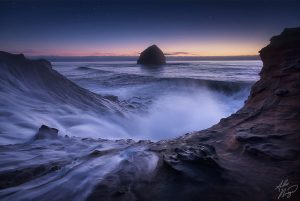 The Civil Rights Movement had a bigger impact on the world most of the movements there were in years. The worst place it took a toll on was Birmingham, Alabama where leaders such as Martin Luther King Jr took the challenge to protest for every African Americans human rights. According to 100photos, a known journalist named Charles Moore had captured an image that took a turn for “the better.” Moore had captured police brutality, so the world could see that it was an issue for African Americans to live in the world of the “free.” I admired this photo because the American American male was very calm, and that made me question why? I assumed it was because he was used to this kind of brutality and another part of me just assumed that he just wanted peace and no violence. The photograph also captures how there are always two sides of a story, violence doesn’t always have to be the answer. I just admired his reaction and how he handled the situation, very calm and collected.

This photograph caught my attention because of the vibrant colors and the organization of the manufacture stocks in each aisles. It is satisfying to see the stocks to be very organized, even-though it’s not organized by color. It is also different from other type of photography styles for using different colors, rather than dull and muted colors. The photographer use the store’s architecture to create a beautiful and colorful shot. The colorful stocks contrast with the white background of the store’s building. Also, he uses simple straight horizontal composition to show all the different stocks in each aisles.

The photograph i have chose to write about is Abraham Lincoln by Matthew Brady in 1860.the reasons as to why i chose to write about this photograph is because it truly does its best to represent the form of one of America’s greatest presidents. also, if you notice, the photo clearly shows how the photographer, Matthew Brady, demonstrated some of the best known photography methods. As you can see, the photo shows an example of having a center dominant eye, as president Lincoln as his eyes facing directly at the camera, as well as providing symmetry as Brady has a symmetry point of view towards president Lincoln. I admire this photo because this is both historical and inspiring to any future photographers in the world.