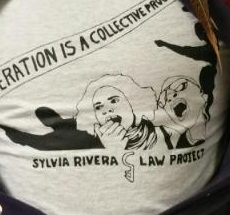 Before I anything, I would like to talk about Stonewall Riots in 1969.

Just after 3 a.m., a police raid of the Stonewall Inn–a gay club located on New York City’s Christopher Street–turns violent as patrons and local sympathizers begin rioting against the police.

Although the police were legally justified in raiding the club, which was serving liquor without a license among other violations, New York’s gay community had grown weary of the police department targeting gay clubs, a majority of which had already been closed. The crowd on the street watched quietly as Stonewall’s employees were arrested, but when three drag queens and a lesbian were forced into the paddy wagon, the crowd began throwing bottles at the police. The officers were forced to take shelter inside the establishment, and two policemen were slightly injured before reinforcements arrived to disperse the mob. The protest, however, spilled over into the neighboring streets, and order was not restored until the deployment of New York’s riot police.

The so-called Stonewall Riot was followed by several days of demonstrations in New York and was the impetus for the formation of the Gay Liberation Front as well as other gay, lesbian, and bisexual civil rights organizations. It is also regarded by many as history’s first major protest on behalf of equal rights for LGBT People.

Sylvia Rivera was a i-sexual transgender activist, homeless alcoholic and drug addict and sex worker, who fought and change the perceptive of transgender, and helped transgender for getting their civil rights, through her activism.  And she gave a lights to especially to transgender women, who used to have almost no choice to be sex workers to live their lives due to discrimination from society.

Actually, she is one of the first people who started to throw stone and garbage to police for LGBT rights during Stonewall riots. 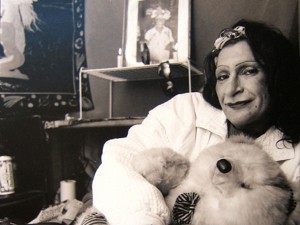 Sylvia was born on July 2nd, 1951 in New York City and died on February 19th, 2002. During her childhood she began living on the streets because her grandmother who raised her did not agree with her effeminate behavior, which resulted in Sylvia leaving her home. Sylvia identified as a drag queen and lived on the streets of New York with other young drag queens until she was 18 years old.

Sylvia was very active during the Civil Rights Movement and became a co-founder of both the Gay Liberation Front and the Gay Activists Alliance. Ms. Rivera did end up leaving both organizations when the discussion of gay rights in New York quickly left out the rights of Transgender people. Together with Marsha P. Johnson, another Trans Activist, they founded S.T.A.R.; Street Transgender Action Revolutionaries, which was dedicated to helping young homeless street drag queens and trans women in surviving on the streets and getting the services they needed.

Sylvia was at the Stonewall Inn when the riots took place between LGBTQ people and the police on June 28th, 1969. Police were raiding the bars, arresting and beating people especially Transgender and Gender Non-Conforming People of Color. After years of oppression Sylvia with others stood up and fought back. Sylvia and Marsha organized in the Lower East Side at 213 East 2nd Street in order to get shelter for homeless drag queens and Transgender Women.

I have to honer her for many reason.  I had a chance to live in the same house where Sylvia lived at the end of her life.  That was how I was connected to advocacy for LGBT people.  I have seen pictures of Sylvia everywhere in the house.  The house owner is a transgender College professor who made her transition between semesters in her late 50’s.  She used to tall me how the movement for bettering situation for transgender people, and good and sad stories about fellow sisters who devoted their lives for trans identifying people.

But without Sylvia, we would not have NYC laws like The Sexual Orientation Non-Discrimination Act, enacted by efforts and lobbies by many trans activist today, who has a spirit Sylvia left behind.

As a matter of fact, we have a non-profit pro bono law firm called “Sylvia Rivera Law Project (SRLP),” which provides free legal service to trans men and women who are low income.

Levern Cox was not to be an ‘actress” for national TV show series without Sylvia’s effort and passion.

Without her, trans people are at the stage they are now.

Sylvia will be remembered with all her legacy and grace.