The subject of death was never one that intrigued me until I took the Estates, Wills and Trusts course taught by Professor Mary Sue Donsky at The New York City College of Technology.  Aside from learning about wills and intestacy law, this course afforded me the opportunity to learn and appreciate the diverse ways individuals cope with death.

After the death of a loved one, there are those who go into deep depressions from which they never recover from.  There are also those who accept the passing of a loved one, or significant figure in their lives, with dignity.  However, there are those who are thankful for the pleasure of knowing the people whom they have lost and celebrate the admired figure or loved one in their lives.   These grateful individuals show their appreciation for their deceased loved ones in varied ways which include keeping the ashes of their dearly departed in an urn or some other container while others have the remains of their loved ones made into jewelry.  Still, others merely save personal property of the decedent for a keepsake.

In the East Village of Manhattan, Antonio “Chico” Garcia, memorializes the dead with his style of art work called “graffiti.”  Graffiti, which by definition means to “deface or scribble”, burst upon the scene of New York City in the mid 1970’s.  Back then, graffiti was considered vandalism and one could get either arrested or fined if caught writing “graffiti gangster.”  This explains why at its inception, graffiti was mostly found underground on the cars and tunnels of the MTA subway system.

I interviewed Chico and learned that he was born in Aguadilla, Puerto Rico, on August 18, 1963, Chico’s family migrated to New York’s then Lower East Side when he was five years old.  Having grown up in the absence of a father figure for the majority of his childhood, Chico grew up on the streets of the Lower East Side when graffiti was on the rise.  Chico got his start at age fifteen on the numbers 1, 2 and 3 trains where he would “tag out” or spray paint his name in bubble letters using silver acrylic spray paint that he would “borrow” from local hardware stores. As an adolescent, one of Chico’s main influences was Ms. Hodges, a teacher of the Madison Prep School for troubled teens.  Madison Prep was a satellite program of the former Junior High School Twenty Two, located on Houston Street at the corner of Columbia Street (just off of the F.D.R. Drive) in lower Manhattan.  It was in this program that through Ms. Hodges Chico learned to hone his skills as an artist.  Under the tutelage of his teacher, Chico learned to appreciate the fact that he had a gift that would help to beautify the community.  Thus, making a contribution to society became Chico’s primary goal in life.  After graduating from junior high school, Chico went on to attend the New York Board of Education’s High School for Art and Design and then briefly attended the Fashion Institute of Technology in New York.

In the early 1980’s graffiti had become a recognized art form.  So, Chico first debuted his work in 1982 at the La Mamma Art Gallery at First Avenue and First Street in Manhattan.  This exhibition included another graffiti artist of Chico’s generation by the name of Score who like Chico, rose up in the art world through graffiti art and computer graphics.  Similar to classics like Van Gogh, Monet and Picasso, Score and Chico are considered the “classics” of the graffiti art world.

These days, Chico resides in Florida and frequently commutes to New York for work, as he is often commissioned to do murals memorializing the dead.  These commissions often come from the families and friends of local decedents.  Additionally, Chico is commissioned to commemorate the passing of more prominent figures such as Salsa artist, Celia Cruz and religious leader Pope John Paul II.  There are even memorials of murder victims that Chico has created.  These specific types of murals are done with a special passion by Chico since these particular murals of the dead are a cry for justice from the decedents, whose lives were stolen from them, to the police and politicians of this country.  Among these murals memorializing murder victims are the deceased Tex-Mexican artist Selena who was shot and killed by the president of her fan club.  Other such memorials of murder victims include murals of Nixmary Brown, the seven year old child who was abused and murdered by her mother and step father in January of 2006.  Also included in this gallery of murder victims are murals of Keith, V.R. and Lilal, local young men who are no more than casualties of the Lower East Side.  There is even a mural honoring the victims of the September 11, 2001 World Trade disaster.

At age 52, Chico continues to work all over the United States and Europe.  He works commercially and his work is very well received.  However, he is still the same person with the same goals of beautifying the community and making positive social contributions. Painting murals honoring the dead is his way of helping the community get through a time of mourning and great sorrow.

All of the photographs below can be found on Chico’s website, www.chicoartnyc.com and are used with the artists’s permission. 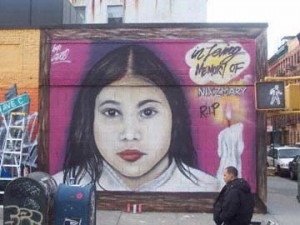 To your right is the image of Nixmary Brown, the seven      year old who was abused and beaten to death by her mother and stepfather. This is one of Chico’s more passionate works since the entire community cried out for justice over the murder of Nixmary. Personally speaking, the murder of this child should did not have happen. Nixmary’s murder was a result of the incompetence of child welfare services. This mural was done on 6th Street at Avenue C in the lower east side. 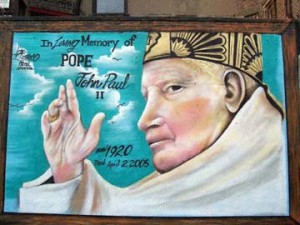 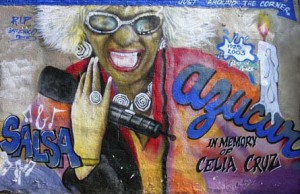 To the right is a mural honoring the Cuban Salsa songstress Celia Cruz who in my opinion was one of the pioneers of latino music. Celia was a remarkable person who spread joy to her people with her music. This mural is located on 10th Street between Avenues D and C. 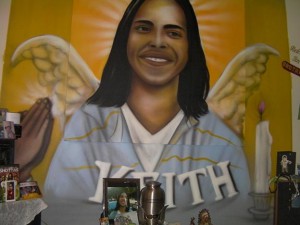 Local boy Keith was cremated and his ashes are kept on his family’s mantel along with other keepsake items. The mural is painted directly on the wall of the family apartment over the mantel while Keith’s ashes are kept in the urn next to his photograph. Keith was of Taino indian decent, the circumstances surrounding his death are unknown, he was known as the “quiet” kid of the neighborhood.
Memorial located in the Lower East Side residence of the decedent’s family. The family requested that their address not be disclosed. 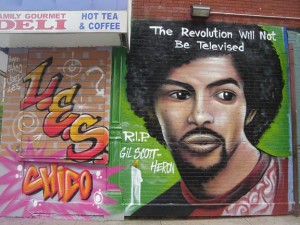 On the side wall of the Deli at 11th Street and Avenue C in Manhattan, socio-political artist, Gil Scott-Heron (self named “bluesologist”). 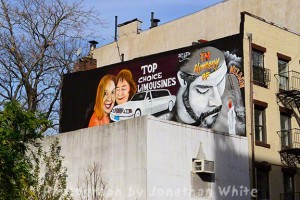 Above is a memorial dedicated to Nelson, the local and lovable neighborhood tough guy. Nelson was reminiscent of Fonzi, the Happy Days television series character. Nelson died in a motorcycle accident in 2012, it was a big loss to the community. This mural is located at Avenue B and 9th Street on the Lower East Side. 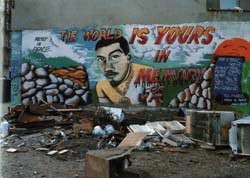 Above and below are memorials to V.R. and Lilal, deceased sons of local residents of the Lower East Side. These murals were commissioned by friends and family of the decedents.
These murals take the place of tombstones. The families of the deceased commemorate their loved ones in the graffiti art form fashion.
These memorials are located on the Lower East Side of Manhattan in the vicinity of the homes of the decedents. Family request that their address not be disclosed. 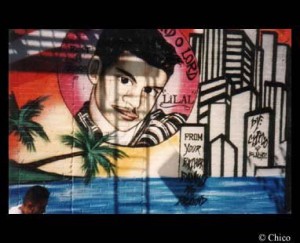 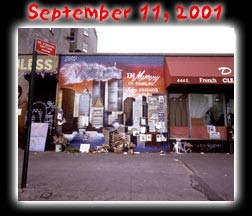 Above: General memorial to the victims of terrorism of the
September 11, 2001 attack on the World Trade Center where
many residents of the Lower East Side were murdered and their
remains were never found. It helped many people to cope with
their loss when Chico did this memorial. This mural is located on
East 14th Street and Avenue A.

WHERE I TOOK THIS PHOTOGRAPH: THE TREVI FOUNTAIN, ROME ITALY, January 2015

Every tourist in Rome comes to the Trevi Fountain because it is breathtakingly beautiful and because a tradition says that if you toss a coin into the fountain, you are guaranteed to return to the Eternal City.

Last winter I returned to Rome and wandered over to the fountain to learn that there was to be no coin tossing into the Trevi’s waters.   The fountain (completed in 1762) was undergoing renovation – it  was dry and its gorgeous Baroque sculptures were covered in scaffolding.

On the upside, we tourists could walk a set of planks extending into the center of the fountain so that we could enjoy the remarkable sculptures up close.  It was a once in a lifetime bit of luck!

WHO WAS BEING COMMEMORATED:  ANITA EKBERG

To make the experience even more meaningful, suspended from the scaffolding was a huge banner commemorating the gorgeous Swedish-Italian actress, Anita Ekberg, who had died that week at age 83. During the 1950’s-60’s, Ekberg was known for her incredible beauty and glamorous life. She had roles in many films and she dated many famous men including Frank Sinatra.  She married twice but never had children.

Although the tribute was temporary, I loved that the Romans honored Anita Ekberg so quickly, with such a gorgeous, gigantic banner.  It was wonderfully perfect that Anita Eberg was commemorated at the Trevi Fountain because her most famous role was playing a stunning actress much like herself in a great Fellini film set in Rome, La Dolce Vita.  In one of the most iconic scenes in all of film history, Ekberg’s character “Sylvia” dances in the Fountain at night during the evening she spends with a super-sexy journalist played by Marcello Mastroianni.