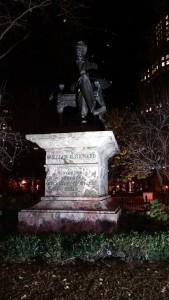 The first photo is taken by me, didn’t realize how dark it was so I added a better photo of the monument in daylight. Link to website below photo.

The above photos are of William Henry Seward taken from Madison Square Park in New York City. The statue is located on Fifth Avenue at 23rd Street and placed on a diagonal facing the intersection of Broadway and 23rd at the southwest corner of Madison Square Park.

The sculpture portrait of the former Governor, U. S Senator, and Secretary of the State on a pedestal. The statue is made of bronze, red levante marble. The sculpture was dedicated in 1876 and William H. Seward is said to be the first New Yorker to be honored with a monument in the city. Seward was admitted to the bar at Utica in 1822 and specialized in patent law and was in great demand as an attorney in criminal cases. In 1845, he argued in defense of freedom of the press in a libel suit against a newspaper publisher.

In addition to the statue of William H. Seward, Madison Square Park has several historical figures. Below is a photo of Admiral David Glasgow Farragut. 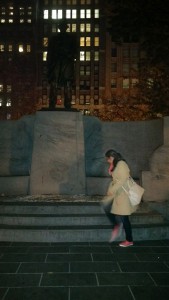 Admiral Farragut Monument is located at the north end of Madison Square Park, 24th Street between Fifth and Madison Avenues. This monument was sculpted by Augustus Saint-Gaudens and architect, Stanford White. The figure is over 9 feet tall and is made of bronze and coopersberg black granite. The admiral is standing on a pedestal in full uniform with binoculars in hand and sword at his side as if he is engaging in commanding a fleet. The architect, White designed the semi-circular exedra on which the monument stands; an extended place to sit underneath the statue. Overtime the monument has been revered for its dynamic naturalism and is one of the finest outdoor monuments in New York City.

Admiral David Glasgow Farragut began his military career at the age of 9. he served during the war of 1812 and later fought in the Mexican War. He gained fame by wrestling New Orleans from confederate control and this is where his uttered his famous immortal words… “Damn the torpedoes… full speed… ahead!”

I didn’t know much about either Admiral David G. Farragut or William H. Seward, until I looked up famous monuments in New York City. But I did find a very interesting video on Admiral Farragut and the End of the Civil War: Gettysburg Winter Lecture (https://www.youtube.com/watch?v=T4ZMxzq8T58). The video contains a lot of information about the admiral and the story behind his famous quote.

In addition, “The Farragut Monument was conserved in 2002, as a project of the Municipal Art Society’s Adopt-A-Monument Program, in partnership with the Department of Parks & Recreation and the Art Commission of the City of New York. A generous grant from the Paul and Klara Porzelt Foundation made the restoration possible. The monument’s conservation coincided with the restoration of Madison Square and today this outstanding example of nineteenth-century American commemorative sculpture remains a commanding presence in this historic park.”

In addition to the two historic figures, Madison Square Park also holds the famous monument of, Roscoe Conkling, who was a politician from New York who served both as a member of the United States House of Representatives and the United States Senate. Roscoe Conkling is located on Madison Avenue at 23rd Street and made of bronze, quincy granite. What’s so famous about this monument is that it was sculpted by John Quincy Adams Ward, who is most famous for his overly life-sized statue of George Washington on the steps of Federal Hall in Wall Street. Below is a link of the sculptors Wikipedia page so you can view more of his art. https://en.wikipedia.org/wiki/John_Quincy_Adams_Ward 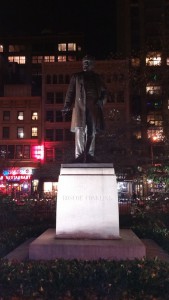 This statue was discovered on the small islands of Samothrace in the northwest Aegeans, by a man named Charles Champoiseau. This statue represents the goddess of Victory. This statue says a lot, as she stands there on top of ships, braced against wind. She represents the special naval victories that she had given to the Greeks. She supposedly grants victory. The statue is called Nike in greek. The people of the museum tried to restore the statute of the missing pieces that was broken off during the excavation. However, they were unsuccessful. But, this was one of the best work of art at The Louvre.

My refection to this statue was shell shocking. When i went to the museum in Paris i did not know all of the information. I feel like once you know what something is, you get a deeper sense of appreciation. When i first saw this statue in person i was amazed with the amount of craftsmen ship that was still preserved. People take art for granted, however there is so much more in the details. And this goddess was more intricate than it led out to be. I have such more appreciation for art now than i ever had before. 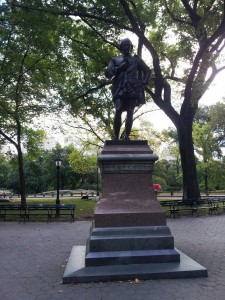 This statute was in Paris, France. Me and my high school friends had gone to Europe after graduating high school. This picture was taken 2 years ago, located at The Louvre. One of the biggest museum in the world and holds many different historic monuments.

The significance of this statue is something i do not need to say, it speaks for itself. In my opinion everyone should go to Paris and visit this museum.  I think the Greeks are very proud to see a work of art being represented in the biggest museum in the world. Essentially, i was shocked to find out that a statue can survive over 100 years and still be in such good condition. Granted that the marble that the artist used was very strong and expensive, regardless it is still a miracle. This statue represents the history of the Greeks and there talent. 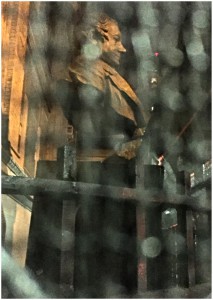 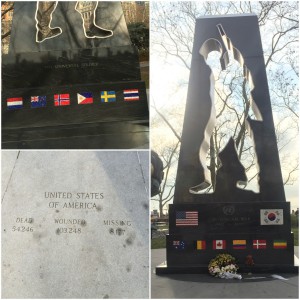 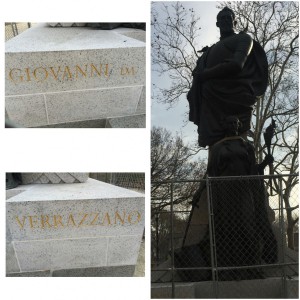 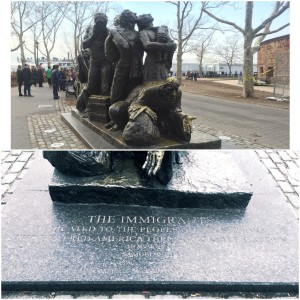 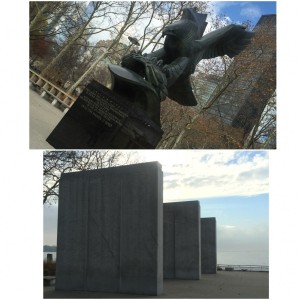 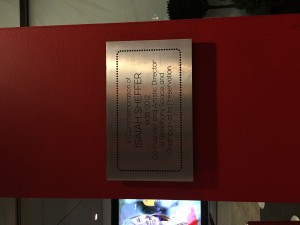