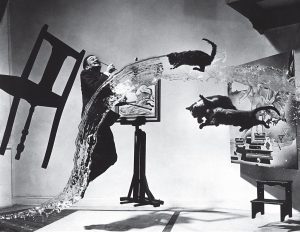 This photograph was able to capture everything in what it could be considered a sharp focus during that time. While it may seem like time has been frozen in the picture, in reality, all of the subjects were in motion which often comes out a bit blurry.  However, this photograph was only managed to be taken only after 26 times and with a couple of assistants, too. As a result of the approach taken to get that moment down onto a photograph, subjects were able to be captured in a sharp focus even while moving and that there was a promotion of involvement between between photographer and subject. 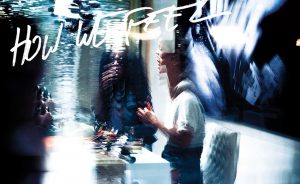 I explored the work of Michael Muller. In a lot of his work he explores movement and the usage of shutter speed. I chose this photograph from his works because of the amount of movement that is involved. I like how experimental he got with the lights from the picture and how he also incorporated type which could symbolize, how the person or artist feels based on the photo. 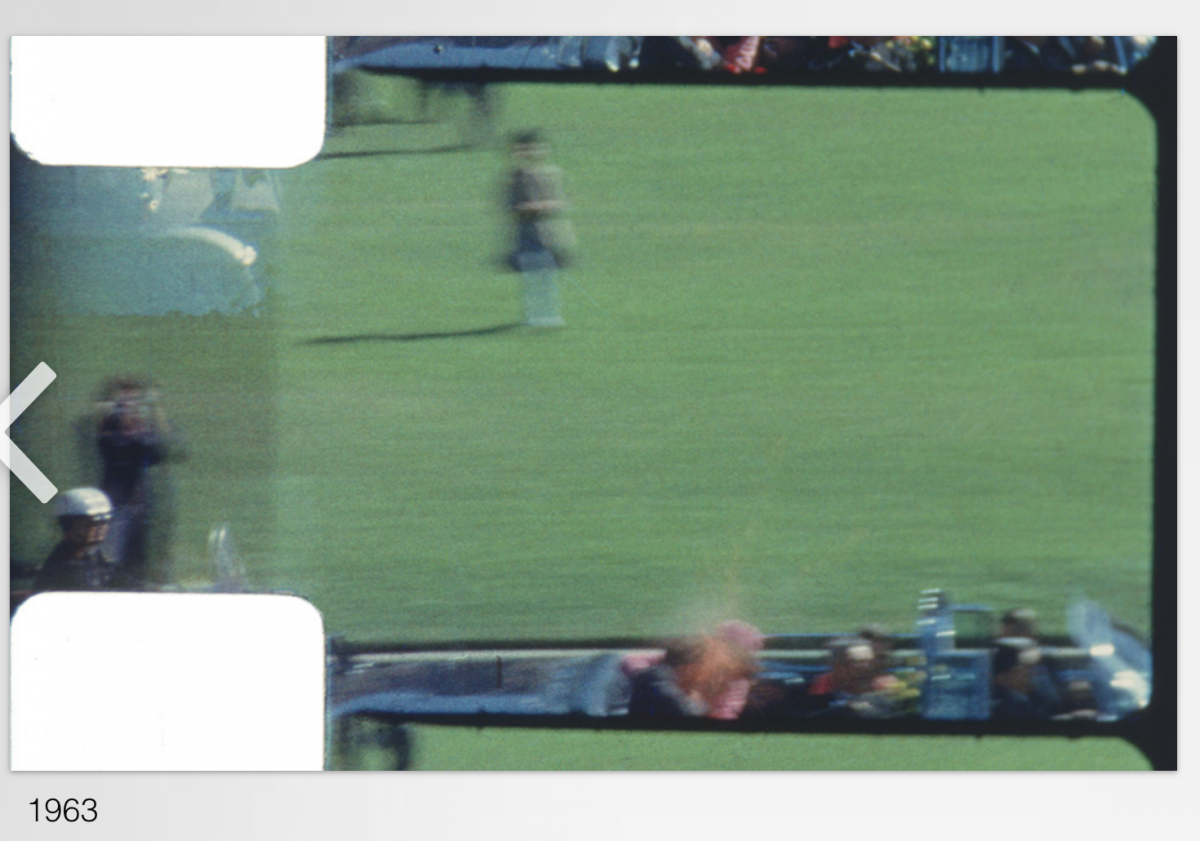 I chose the photo  JFK Assassination Frame 313, because when I initially saw it I was confused what it was a picture of and why a picture this blurry would be included in a list of the 100 most influential photos. Then before even reading the title of the image I looked closer and saw this picture was depicting the exact moment a bullet shot through John F. Kennedy’s head. This was actually an image on a frame of film taken by, Abraham Zapruder. I definitely see the significance of this image since JFK was the president of the United States and it was a public event meant to be a nice greet and see the president. Something that makes this image more morbid is that just above the president’s head exploding is what looks like a child looking at this happen. I think the motion and blur in this image does not actually take away from of this image it kind of adds to this suddenness. The moment you see what this image you cannot unsee it. 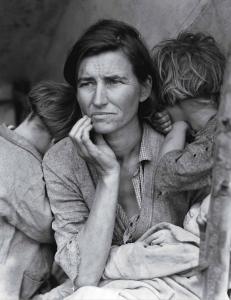 This picture caught my eye due to the strong expression of struggle shown in this photo. This was taken during the Great Depression as there were hardships for many families who were not able to obtain proper resources to survive. The mother’s face is pain stricken and her children are leaning on her for support, their clothes tattered and dirty, she looks as if she doesn’t know what to do as she stares off into the distance. Due to this picture becoming the face of the event, there were many efforts put into helping those who were in poverty.

Out of all the images from the 100 most influential images of all time, the one that stood out the most to me was Famine in Somalia, James Nachtwey, 1992. Any person who takes a look at this image will get a heartbreaking feeling. This photograph portrays the devastating conditions the people in Somalia were forced to live in. What I like about it is that the photographer decided to make it black and white to give it a deeper significance. It portrays a real life situation of a woman who was waiting to be taken to a feeding center. This is a great photograph because there is a whole story behind it. 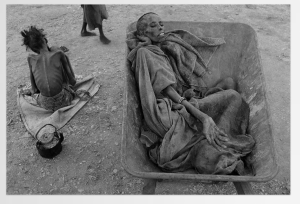 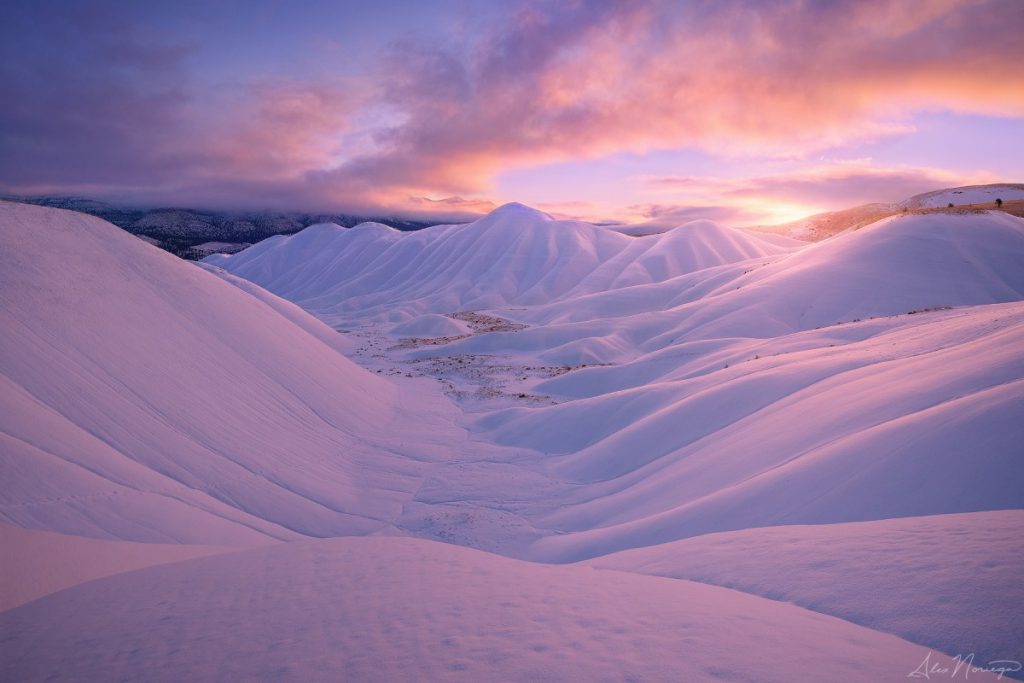 I chose this photographer because i liked his style of taking landscape photos. This one to be specific, like how he captures the sun hitting the snow to create warms tones throughout the photo. He’s able to create so much depth  with the trails and diagonals. I also liked how this was a perfect timing photo right before the sun goes away. Usually it is really hard to capture white, but he does it so well. 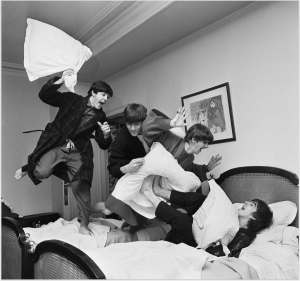 The photograph ‘The Pillow Fight’ taken by Harry Benson, 1964, is a photograph of the English rock band The Beatles. The reason why I chose this photograph is because it shows happiness between the members. As well as living in the moment and having fun when you are surrounded with friends. Furthermore, behind the scene of this photograph that Benson states “I was so close to not being there,” meaning to take a risk or opportunity that is presented to you. 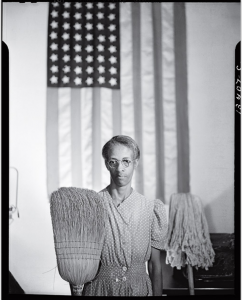 I chose this photo because of the powerful statement that it represented and still represents to this day about the unfair treatment and misogyny towards African Americans in the U.S. This photo was intended to be a parody of Grant Wood’s American Gothic painting that represented two local American farmers who are standing and one is holding a pitchfork. In Wood’s painting he was representing the models as being in the land of the free and proudly American by living under certain working conditions. In Park’s photo he took that representation from Grants painting and replaced it with an African American woman named Ella Watson and represented her struggles by the emotion on her face and the mop and broom that she is holding. This shows that African Americans were being treated poorly and given unfair pay while working hard jobs. Park represented that it was America doing this to African Americans by photographing the American Flag in the background of Watson. This photo clearly represents the poor treatment of African Americans while ‘living in the land of the free’ and still represents it to this day. 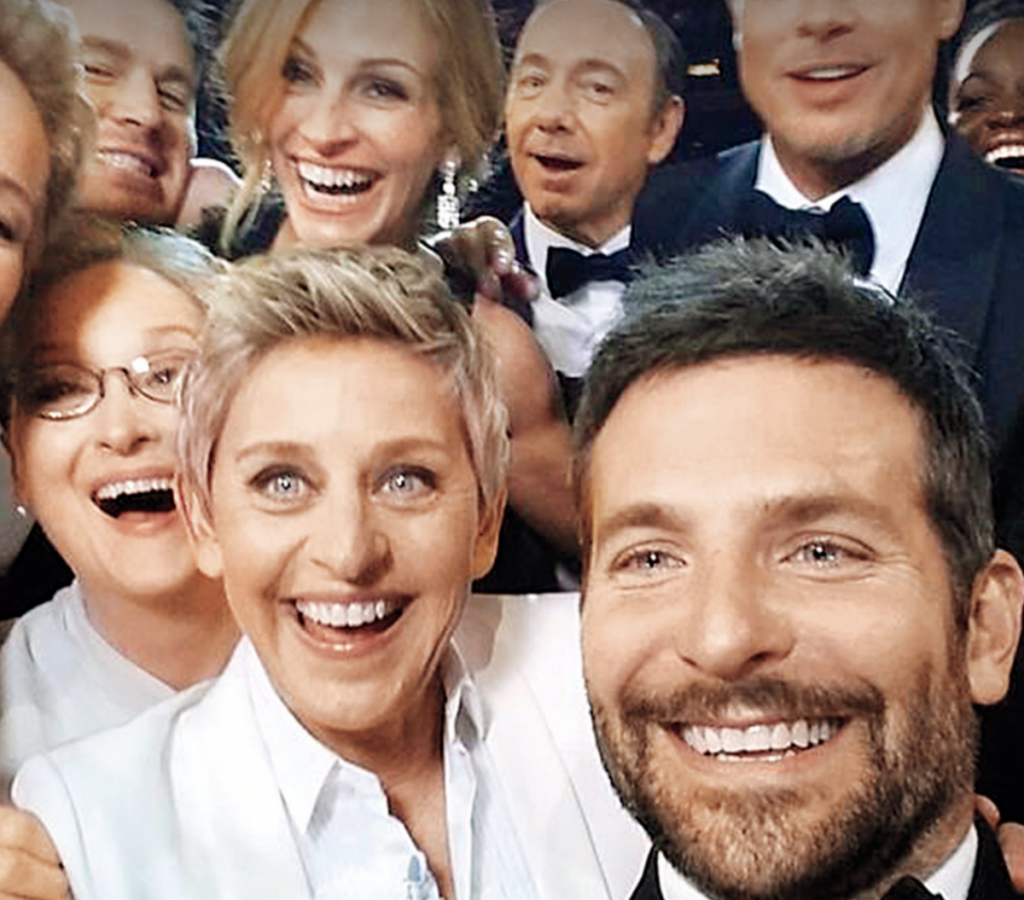 I like this photo of Bradley Cooper and  some of the biggest stars in 2014. Because it’s captured the happy moment they were enjoying together as one family. How Bradley Cooper and the rest of the stars decide to gather and take a nice selfie portrait. My eyes went to Meryl Streep smile maybe because of the white shirt and coat she is wearing and the second thing my eyes went to is Kevin Spacey face reactions.

I liked this picture a lot because how objects are used to help position something. For example the lade that’s positioned in the middle, most likely a bride whose getting a pre-wedding shoot. The staircase and the chose of color makes the image pop out, the surroundings help things to balance out and the color complementary. Where everything is gold and her dress is white. 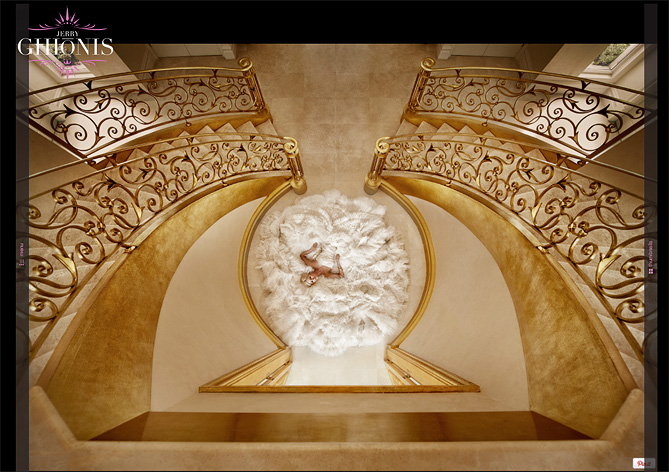