The use of cinematic time travel in La Jetee is very brilliant. The impact this film had on a lot of viewers is massive. I have seen 12 Monkeys before and I can see where the influence of La Jetee comes in. La Jetee is significant because it showed the impact of a rotten Paris town after World War II. It  highlights the absurdity and tragedies of what war is like and how it can destroy a town. Similarly to La Jetee, 12 Monkeys shows what the world is like in a future Earth. It displays the horrible coming of a disease that wipes out more than 90% of the human population. In the movie, James Cole (Bruce Willis’ character) travels back to a World War II time period and injures his leg. I’ve seen a few other time traveling movies like the Terminator, and a classic Back To The Future.

This film is in German so I had to look up a summary to find out what exactly was going on in this scene. In this clip from the film, “Run Lola Run,” we can see the use of jump cuts. The boyfriend, Mannie, of the main character, Lola, called Lola because he needed help getting money that he owed to somebody. Mannie tells Lola that he will get killed if he doesn’t get the money. As Lola tosses the phone, her reaction is captured with a series of jump cuts. These jump cuts allow the viewer to understand Lola’s anxiety as she tries to figure out how to obtain the money needed to save her boyfriend.

One film where you see jump cuts moved would be, 2001: A space odyssey. Jump cuts are described as being two different sequential shots taken in different camera positions. Today seeing it in films just looks like bad editing. Films use jump cuts to show different angles or to almost progress in the film without having to give much explanation. This technique was also used in film to make magic tricks. In this clip you see a bone thrown up in the air and eventually turning in to a spaceship, which we all know can’t really happen but it is shown to give symbolism.

In this clip of the film, The Royal Tenenbaums, one of the Tenenbaum brothers, Richie, attempts suicide after he discovers truths about his adopted sister’s (Margot) secretive life; Richie recently realized that he has fallen in love with his sister. The jump cuts in this clip preview the gradual change of Richie’s look as he removes all the hair around his head, then flashback scenes of his family and life. Despite its technical use to create flashbacks and the anticipation of his emergency, the use of jump cuts in this scene, expressed in rapid pace, is emblematic of Richie’s realization that his world had changed after his discovery about Margot.

this clip is from the movie, 2001: A Space Odyssey. the impact of the jump cut was the ape throws a bone high in the air and coming down, the scene jumps to a spaceship in space that looks like the bone that was thrown a million years later.

Deconstruction of scenes by location is an introspective way to view a scene. I’ve seen deconstruction of scenes akin to California architect Hervé Attia’s short films, on blog sites in which famous scenes from movies are juxtaposed to images of film locations on google’s street view on maps. I think Attia’s short film in which she revisit prominent locations of movies such as Alfred Hitchcock’s The Birds (1963) is a great way to feel nostalgic for a time well past . It allows the viewer to see how time has changed the location since the movie. It gives the audience a deeper vision of the location, and lets the viewer come to grasp that the sights seen in someones favorite film is an actual place immortalized in the film.

Fan made movies that visit scene of filming locations are really good for the movie itself and for the people that watch the movie. when people visit the film locations it shows the viewers many details that are not shown in the film such as how run down the places are from the many retakes they do to get the scene down. it can also show aftermath of explosion scenes and how dangerous it is for the actors to do those scenes and how much work it gets done to make sure everyone is safe and to get the scene done in that one take only. when people deconstruct film into the smallest detail for everyone to see i think that is when you can tell how good a director is really. by breaking down the film into the smallest details we can see the importance of the background and how they are suppose to contribute to how the story gets told. also by deconstructing the film the viewers get to see they way the director wants to tell the story in the film and why he connects certain scenes together or tells certain scenes the way it is told.

Early animation is truly amazing. Earlier in time, producers didn’t have the luxury of using computers to create animations like they do today. These animations were drawn by hand to be in a film. Look at “Alice’s Wonderland.” It’s a silent film that has animations. Watching this short film was absolutely enjoyable.  The way how the film is put together is also amazing. The use of Alice’s live action character with the animation surroundings makes Alice look as if she is actually in the animation, or a part of it, I’m not sure how to put it. Seeing such innovations take place in such an early point in time is truly admiring.

Citizen Kane’s “photo to life” sequence was done well with strategic timing. It seems as though Welles may have filmed the sequence in reverse order as shown. Welles could have filmed the scene with the photo shoot of the former Chronicle paper staff, and then used the actual frame of the shot as the photograph featured in the close-up. Welles achieved creating the sense of a time lapse by filming the scene in that order. Also, he achieved a convincing notion that the photograph became “live”.

In Disney’s short Laugh-o-gram series, the story of Alice in Wonderland remains similar to the film version in that Alice falls into a sleep and dreams of her experience in wonderland. I thought Alice’s interaction with the cartoons and cartoonists in the illustration room was a fitting scenario of the film story. Although the plot revolves around the theme of imagination, it was realistic of Alice to conjure dreams of a cartoon world, Cartoonland, after her visit to the cartoon studio. I liked that the term for cartoons on the first intertitle was referred to as “funnies” – when I researched to see if it was an actual term, I discovered that the term was used as the name of two American publications, “The Funnies” and “New Funnies”; it turns out that were the precursor of the comic book. I was not comic book reader but it was interesting to learn that comic books were discovered during the roaring twenties. 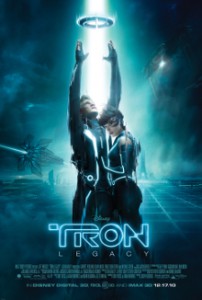 I’m quite sure the suit of my card is a heart, but I have been out of order the entire semester.

One film which comes to mind when considering grandiose films for me is Tron Legacy. Though a remake done by Disney, it was shot primarily in 3D. (I have no idea if the film was available to be viewed in 2D), and had a budget of somewhere upwards towards $170 Million.  However, the film itself recuperated just a little over twice what it cost. The soundtrack was created by Daft Punk, and that in itself was a grand affair, as during this time Daft Punk was still prevalent in electronic music, and the french duo fit the aesthetic of the film perfectly due to their obscurity & helmet-wearing appearance.

Disney World covered the monorails in decor which was to promote the movie, a video game was released, and there would follow a significantly large amount of merchandising for the film. It was made to parallel the cult following of the original, and did indeed appear alluring to said following, as they were now of age to introduce their children to an extremely more colorful and interactive version of the film they’d grown up enjoying themselves.

Though in itself, it did not live up to the original film, and did not receive many kind reviews beyond the visual experience of it, I do believe it to be significant, and indeed a spectacle.