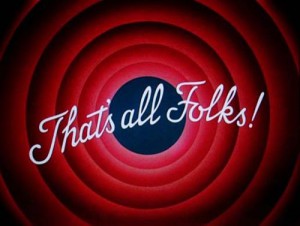 Thanks for a wonderful class! Grades are now posted on Blackboard, and official grades will be posted shortly on CUNYFirst. Congratulations on completing the Introduction to Film course!

Here is the grade scale from CityTech’s student handbook:

My favorite ending in a film would have to be the Prestige with Christian bale and Hugh Jackman. I think the story was great but the ending was really insane ad theirs a lot of room for interpretation. The revelation was that Angrier (jacks character) was making clones of himself every night he performed and his clone would die after every performance. Its symbolic in that his wife drowned in an act as well. I think it was done on purpose, every night he dies, essentially his clone the same way his wife did. And for Cristian’s character he had a double and they shared their lives together, ultimately one died and it wasn’t the original character but the twin.

Jump cuts used by Jean-Luc-Goddard’s films especially in À Bout de Souffle added a stylistic choice to depict the entropic urban life of Paris. Jean-Luc-Goddard’s heavy use of jump cuts has influenced later directors to using this editing style to depict fast passed and hectic scenes. Old Boy by Park Chan-wook uses jump cuts in an early scene to depict the messy discordant actions of drunkenness by the protagonist Oh Dae-su.The jump cuts, cuts between scenes of discord from Oh Dae-su’s drunken antics, showing the mess of his drunken state through the use of jump cuts.

The use of cinematic time travel in La Jetee is very brilliant. The impact this film had on a lot of viewers is massive. I have seen 12 Monkeys before and I can see where the influence of La Jetee comes in. La Jetee is significant because it showed the impact of a rotten Paris town after World War II. It  highlights the absurdity and tragedies of what war is like and how it can destroy a town. Similarly to La Jetee, 12 Monkeys shows what the world is like in a future Earth. It displays the horrible coming of a disease that wipes out more than 90% of the human population. In the movie, James Cole (Bruce Willis’ character) travels back to a World War II time period and injures his leg. I’ve seen a few other time traveling movies like the Terminator, and a classic Back To The Future.

This film is in German so I had to look up a summary to find out what exactly was going on in this scene. In this clip from the film, “Run Lola Run,” we can see the use of jump cuts. The boyfriend, Mannie, of the main character, Lola, called Lola because he needed help getting money that he owed to somebody. Mannie tells Lola that he will get killed if he doesn’t get the money. As Lola tosses the phone, her reaction is captured with a series of jump cuts. These jump cuts allow the viewer to understand Lola’s anxiety as she tries to figure out how to obtain the money needed to save her boyfriend.

It seems fitting to discuss endings as our class draws to a close. For this last homework assignment, please consider the importance of endings to films and discuss one of your favorite endings. Note how the ending to Truffaut’s 400 Blows ended with the freeze frame of Antoine facing the camera, an ending that is intentionally ambiguous, forcing the viewer to continue the story. The ending to Truffaut’s film is so iconic that it is frequently quoted or parodied. See this short clip that shows how Truffaut’s ending was used for the final shot of Nelson’s film in a Simpsons episode. To complete this homework assignment, please submit your favorite endings in a comment.

One film where you see jump cuts moved would be, 2001: A space odyssey. Jump cuts are described as being two different sequential shots taken in different camera positions. Today seeing it in films just looks like bad editing. Films use jump cuts to show different angles or to almost progress in the film without having to give much explanation. This technique was also used in film to make magic tricks. In this clip you see a bone thrown up in the air and eventually turning in to a spaceship, which we all know can’t really happen but it is shown to give symbolism.

Along with the music and narration that accompanied the clips of La Jetee, this helped take the viewers on this cinematic time travel of the film. Even without actual film takes, photos that captured the moments were used to give the audience a visual of what the narrator was saying. Cinematic time travel has evolved tremendously throughout the years. Ways to draw the audience in and bring them into the sense of time travel has used much technological innovations to create the most realistic way possible. One film that used cinematic time travel is X-Men: Days of Future Past. Throughout the film, the storyline follows the character of Wolverine who travels back in time to change the course time that leads to destruction in the future. Viewers get a sense of what is past and future because of jump cutting between the two times. We see the characters in the past and the events that unfold and placed them on the path of who they were meant to become in the future. Very different from Le Jetee, X-men uses more technical methods to recreate the time travel. Many other ways to include time travel in a film have been used in films like Back to the Future. Ultimately, early films introduced a new discovery that would later lead a breakthrough into the world of time travel.

Here is the trailer to X-men: Days of Future Past