A tiger doesn't lose sleep over the opinion of a sheep.

This one is a must try (if you can stand the zing of ginger). 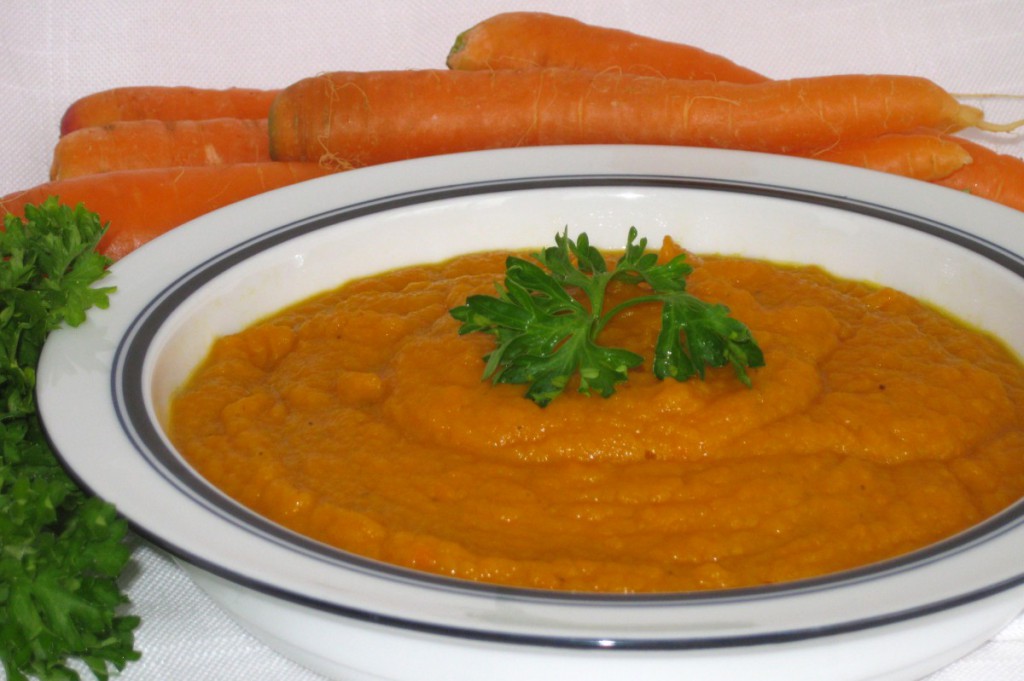 Last night I was at an internship potluck! What I love about potlucks is the diversity of dishes; we had everything from Hawaiian breadfruit dishes, to indian pakoras. Pakoras are a favorite in India. Your favorite vegetables are dipped in a spicy batter and deep fried to make fabulous fritters.
Ingredients:
Directions: 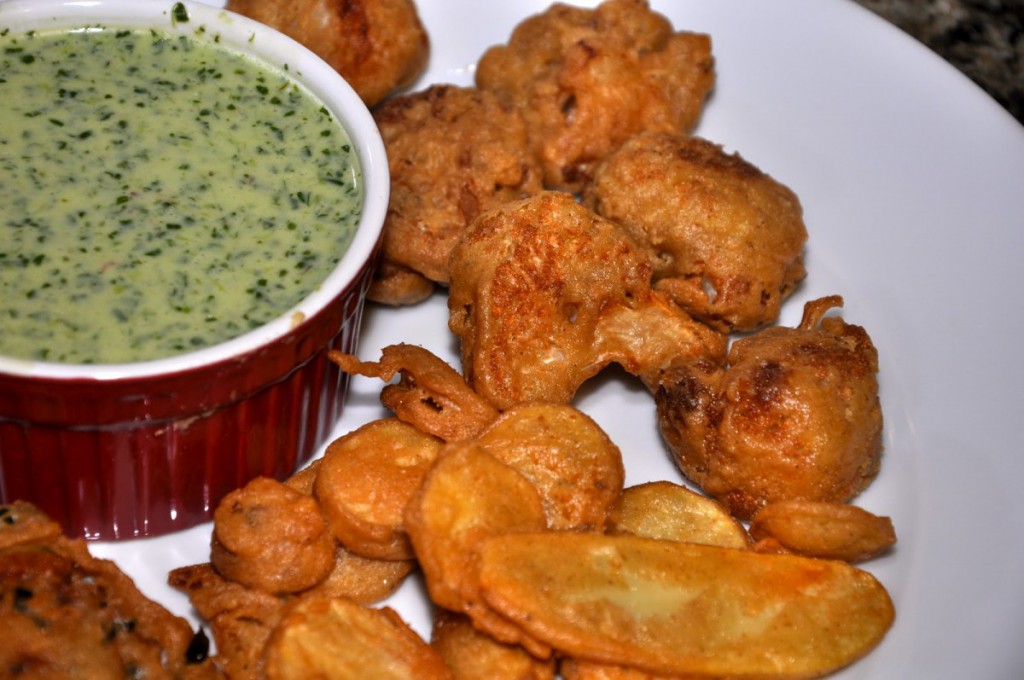 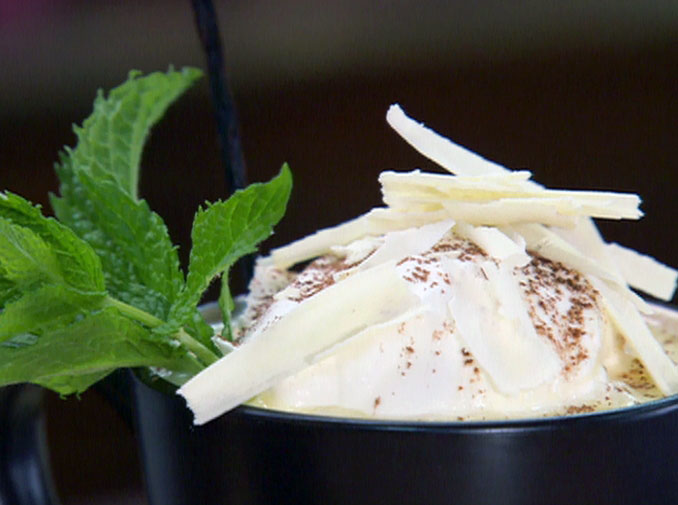 Every year, right before the school year begins, my mom goes on a “meat-less” diet. Let’s just say, what mom says, goes! Don’t get me wrong, I always enjoy a savory vegetarian meal, but my mom tends to lack variety when she’s pressed for time.

I was at a design client meeting, when somehow vegetarian meals came into topic. Let me be upfront when I say I am not a fan of tofu if it looks, tastes, or smells like tofu. My client mentions how she made garbanzo beans taste like chicken! WHAT, WAIT, PAUSE! Needless to say, I had to try it. As well as give mom a break in the kitchen.

1-2 tablespoons soy sauce, tamari, or Bragg’s Liquid Aminos (You can usually find this near the vinegars or soy sauces) Have you heard the buzz about CUNY Service Corps? It is a paid job opportunity for students. Yes, I said paid. I met with Professor Cinda Scott and asked her a few questions to get a closer look.

Answer: CSC is a great opportunity for students to make a meaningful difference through service while gaining valuable real-world work experience, earn a wage, and where appropriate, receiving college credit.

Question: Who is elegible to apply?

Answer: To be eligible for the CUNY Service Corps, students must:

Question: What sorts of placements are available?

Answer: The program is organized around these themes:

Question: Where can I find out more?

Answer: There are many info session on campus.

Question: Is there a deadline?

The Crood’s live strongly by their family motto ” New is always bad.  Never not be afraid.” Exactly as it sounds, they never surrender to curiosity, or stray from routine. All but Eep (voiced by Emma Stone) believe these precautions are necessary for survival. Emma Stone’s voice is well suited for Eep, the oldest child, who hates the rules, the cave, and her family.  She desires exploration of new things and is abnormally strong. Emphasis on strong, because this type of strength is not often seen in animated female characters. Her typical love-hate relationship with her father (Nicholas Cage) provides the emotional core of this story.

Eep: Dad, you have to stop worrying about us.

Grug: They’ve been keeping us alive.

Eep: That was not LIVING! It was “Not Dying”! There’s a difference.

After their cave is destroyed in a rockslide, the Crood family ventures into strange and uniquely visualized territory in search of a new home. Head of the family, Grug (Cage) deals with internal conflicts when he encounters an imaginative nomad named Guy who is the polar-opposite to his “change-fearing” character.  Guy introduces them to fire and shoes, and the concept of using your brain to express an idea.

Where this film really makes an impression, is that instead of Eep and Grug meeting in the middle, Grug realizes that he has to accept the new world and find a way to be useful in it.  Grug’s old way of conservative living becomes obsolete by the end of the movie, and he’s forced to embrace a new way of life. His internal struggle goes through several stages: patriarchy to burdensome to abandonment and finally rebuilding through acceptance and adaptation.

The journey to their new home helps the Croods overcome their fear of the world that exists beyond their cave.  They discover an imaginative and colorful environment of prehistoric hybrid creatures and plants. The viewer is able to see them evolve emotionally which is very heartfelt. Grug invents the hug (rhymes with his name) exclusively for his daughter Eep, as a way to express his affection. The Croods offers food for thought about relationships, change, and perspective on why the challenge of family is worth the struggle. Although I do not have a favorite part, I enjoyed the movie’s faux explanations for specific inventions and conventions, such as “Grug’s hug” and belts. 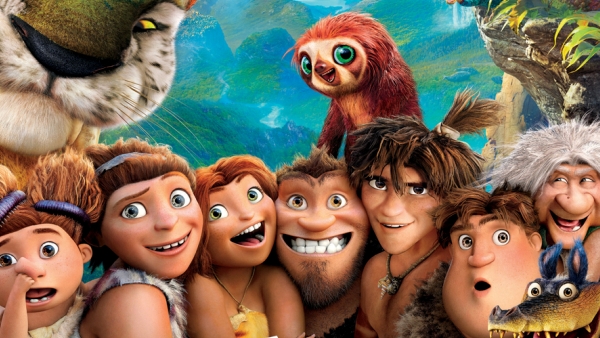 Cirque du Soleil’s TOTEM is on tour in Citi Field Queens  until 23 June 2013. This show’s theme revolves around the evolution of mankind from its primordial, amphibian state and toward the desire of flight.Totem reflects the continued development of the aspirations of human evolution by combining many acrobatic skills, costumes and music, making each act truly unique.

This performance also included a live orchestra and vocals, which were mesmerizing. Although the musical score was not focused on the traditional music of the native tirbes as one would assume, it was a harmonious balance of a variety of cultures. It samples Asian, South Asian, Italian and Tribal music. The combination of these cultures was exhilarating. I’ve attended a few of their performances, and must say I always enjoy their stage setup. Totem’s stage was an artistic interpretation of a pond. I won’t elaborate, so I don’t spoil the visual for you. Cirque du Soleil’s seating arrangement is very well thought out. Sometimes while attending shows, we get seating near the infamous blind spots. Whether you are seated behind a pole, a pillar or a rather tall audience member. The distribution of audience spacing in this show is great because the acts look amazing from any angle in the almost 360 seating. The space between the rows are far enough that even if you are slouching in your seat, the person in front of you doesn’t affect you.

The little, subtle details always seem to speak loudest to me. The storyline of the characters was lightly emphasized in this performance. Normally, Cirque has an overall story that the characters fit into. The story line was all over the place. Nevertheless, the concoction of magic and, gravity defiance was nothing short of amazing. Acts in this show focused heavily on strength, coordination and agility.  There were a few death defying acts, where I realized I forgot to breathe. These performers definitely do not have trust issues.

Dates: “Totem” continues through May 12 at 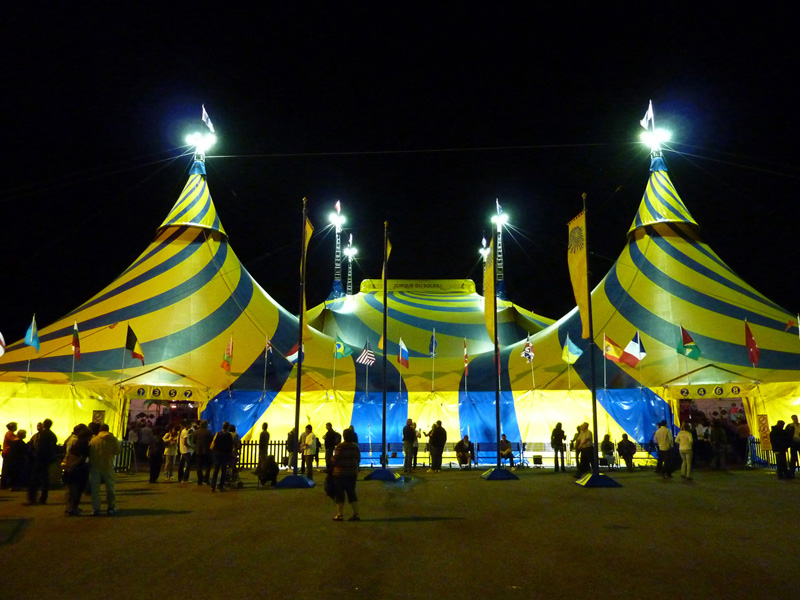 The first few minutes into the film I asked myself, who names their child Pi? As it turns out, Pi is a shortened version of Piscine Molitor, the name of a swimming pool in France. You can only imagine the nicknames his classmates call him, like “Pissing Patel.”

As a youth, Pi explores a sense of self through religions. His interest is so passionate that it leads him to take on an odd lifestyle. Pi creates a hybrid worship of god, and became a Muslim-Hindu-Christian. Although his mother is a Hindu, and father a believer of science and logic, all this diversity only makes their family bond stronger.

His father, a businessman, and an owner of many animals is the caretaker of a zoo. In an effort to escape political changes in India, Pi’s father decides to migrate to Canada by Japanese cargo ship. This is where Pi’s journey of self truly takes flight, or should I say, sets sail.

While sitting in the theatre watching Pi’s journey unfold, the viewer is also sent on a visual journey. We meet memorable characters and face heart-wrenching situations alongside Pi. Director Ang Lee’s ability to captivate the viewer did not falter throughout the film.

The musical score creates an atmosphere of tranquility while seated in the theatre. Imagery so pure and spellbounding you often forget where you are. As a graphic designer, I have a habit of looking for graphic inconsistencies. If there were any, I failed to notice a single one. I wish I could describe the marvels of this film in more detail, but my words would fall short. This movie is an experince worth every moment in the two hours and seven minutes of runtime.

Although the ending of Life of Pi might be controversial, this brings forth the opportunity for the viewer to explore the two possible endings. The choice remains in their hands, one ending favoring logic and reason, and the other being spiritual and emotional.

Final words, do not wait for the dvd or netflix release. This movie deserves and needs to be seen on the biggest screen you can find. As Pi states in the movie, be prepared to hear a story that just might “make you believe in god,” and if not, the story alone is sure to stay with you long after you leave the cinema.