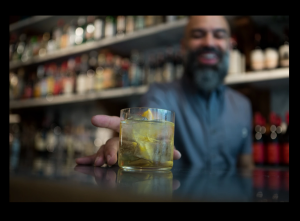 Any pictures that have shallow of depth or bright colors catch my attention in general. For example in this one, I really like how Andrew uses shallow of depth in this picture. He has the lens focusing on the drink instead of the bartender. Thinking about it I think the idea of just having the lens focus only on the drink instead of having the whole frame focus. Having the lens focus only on the drink you can see the color of the drink. Looking at this picture i get this local bar vibe. Somewhere not around the city. This is more of a neighborhood local bar. I also noticed that in this picture he just used natural light. I also noticed that in his other pictures he likes to show detail and he likes to take up-close pictures and he uses natural light. 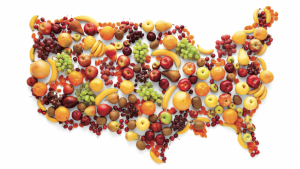 I found this picture very interesting. I think Jill is trying to send us a message with this picture. Is she trying to tell us that we should eat more healthy? Is she trying to say that America should all eat fruits and vegetables? I mean right now the food industry is bad right now. All the food like meats and dairy are filled with GMOs and other chemicals. A lot of Americans are suffering from disease due to all of this food that is contaminated with so many chemicals and a lot of Americans are overweight. I don’t know that’s what I got from this picture. But after all, I really like the concept and how well it’s composed. The way she set up the fruits really well and how she managed to make it look like the united states is very impressing. I noticed she only used certain fruits only. I like that she didn’t use all different types of fruits. she stuck with grapes, pears, bananas, kiwis, and apples. I also noticed this was taken with studio lights because in her other pictures I noticed that she uses natural light. 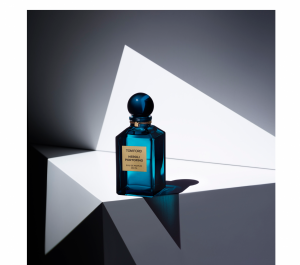 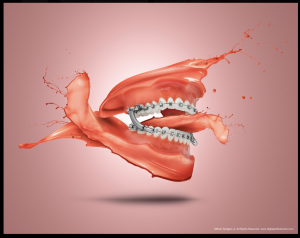 What i like about this photo so much is the color. I like how the color stands out. I also like the color of the background. I also noticed there’s shadow in the background and he also added some light in the background. However i also noticed there is some shadow underneath the dummy teeth. I also like how he has this white light around it that makes it stand out even more. On the other hand his photoshop skills are amazing. I wonder how many lights he used on this photo and i wonder how many layers it took to create the splash effect.

Looking through marcel Christ’s work. I am very impressed because he has some cool liquid pictures. As a photographer, I don’t like to take pictures of objects or liquid pictures because is not my thing, but Marcel just blew minds with his incredible work. All of his work is based on liquid and he made it so fun. For example, one that really caught my mind and got me thinking about the whole process was this one. 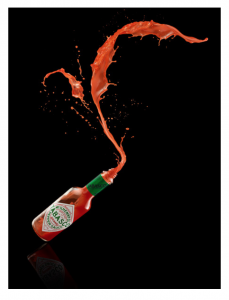 I wonder how he did it. How many tries he had to catch this action. What was his shutter speed?  I really like how it standing out with the black background. I think with a white background would be okay but with a black background it makes the tabasco bottle stand out with it red color. I also like how the lighting is hitting the side of the bottle. After all is a really good shot. That shutter speed must had been crazy and also the timing. 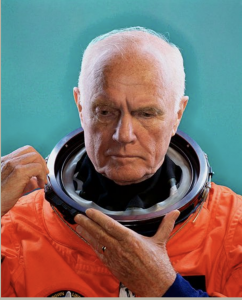 Gregory Heisler is a very interesting photographer. Looking through his gallery was very eye catchy. He has different styles of taking pictures. One that really caught my attention was this portrait above. What I love about this picture is the use of color is so vibrant and rich in color. I like how the color flow very well. I also like the use of expression and hand gestures he’s doing, it adds this seriousness in the picture. i also like the use of framing and light. I noticed how the light is hitting the right side of his head. I also like how there is so shadow of the left side of his face.

I liked more Yousef Karsh more than Nadav kandar. Do not get wrong Nadav Kandar has some good work. What I like about Yousef Karsh work is the use of black and white, mostly all of his work is in black and white but he really knows how to use the lights very well. He also knows where he wants the light to focus on the person because you could see the highlights. One of my favorite portraits from his is “Elizabeth Taylor”, what I like about this portrait is that this was taken as short light style. I really like how the light is hitting one side of her face. I also like how the light is hitting the side of her hair.

On the other hand, Nadav Kandar work is also black and white. But he uses black and white differently than Karsh because it also has a little bit of color to it. The use of black and white on his portraits look very unrealistic which is cool. At some point, it looks like if it’s a painting canvas. I also noticed that almost all of his portraits have this shallow of depth and shadow. What caught my attention was that there is this shadow background in all of his portraits. I also like the use of mood, expressions and poses in his portraits. One of my favorite portrait from him is “Mike Tyson”, I like the use of light. On this portrait, it looks like he’s using butterfly light. I also like the use of shadow in the background which makes Mike Tyson and the white pigeon stand out. I also like the use of the expression that Mike Tyson gives. We all know that Mike Tyson is a tough guy but the way he is posing looking sideways and a little bit of seriousness don’t make him look scary. It shows the other side of him and I think to have him hold a pigeon on his hand also helps because he has this obsession with pigeons.

As I was looking at Dawoud Bey portraits, I realized that most of the portraits that he took the person are looking straight at the camera and the same time all of them has an expression and a pose. Which gives this story behind and it sends this mysterious message to the viewer. I also realized the light in these portraits is coming across from the classroom windows which works well because gives this natural and calm feeling from the person. I also like how he framed taking these portraits, I noticed that his portraits are from chest to head and he does not fill the whole frame, he leaves some space from each side. The foreground-background works very well with these portraits because it shows the environment that these people are at and like I said these are students. Looking at his work I got some ideas of how to approach taking portraits, for example, giving a person a pose and ask them how they truly feel which they would naturally make a gesture and an expression. Also what environment is well to take this portraits.