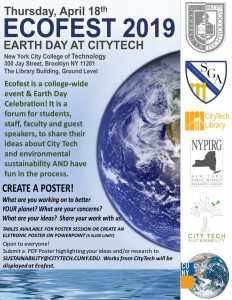 Interview with Ryan on getting accepted and what it took: 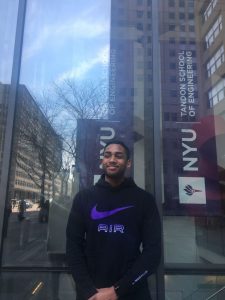 What made you declare a major in engineering in the first place?

The reason I declared my major as Engineering is mostly because my father is a mechanical engineer. He is the smartest, most well-rounded individual I have ever known and since I strive to be like him in the future, I figured I would also take on his occupation. I have also excelled at math and science for my whole life so it was a good fit for me.

Did you know that graduate school was in your future when you began at City Tech? If not, what changed that?

I did not originally plan to go to grad school but the more courses I took for my bachelors, the more curious I became, and at that point, I realized that graduate school looked like the best option for me.

Was NYU your first choice for grad school and why?

NYU was my first choice for grad school and funny enough it was also the only school I applied to which was a really bad idea, but it ended up working out for me thankfully. NYU is close to my home so I can save on the housing costs and also it was my dream school for a long time. It was where I originally wanted to do my bachelors. NYU also has great facilities and professors which I hope to utilize to its furthest potential in the near future.

What steps did you have to take to get accepted before graduations?

I had filled out the application which included things like letters of recommendation, resume/cv, a few essays, and GRE test scores. I took about two months to study for the GRE to practice on many problems and study vocabulary words. Also, I took a few timed tests before the actual test day to ensure I could focus for the duration of the test.

Do you know what areas of research you will be working on at NYU?

I am hoping to do more in-depth research in areas like fluid/ solid mechanics to expand my knowledge and understanding of the topics themselves.

Any advice to upcoming seniors?

My advice would be to take the GRE as early as possible so you can maximize your score. Also to do research with a few professors before leaving the college. There are many amazing professors that have a variety of specialties to learn from which can help you become a more well rounded engineer. They should also try to do at least one internship before graduation since this will give you some real world experience with what engineers do on a day to day basis. Lastly I would say that upcoming seniors should always remain curious since this is what I feel is the most significant reason one should pursue graduate school. 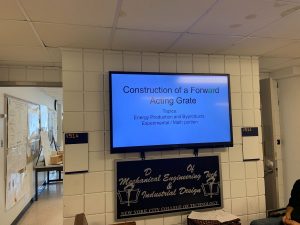 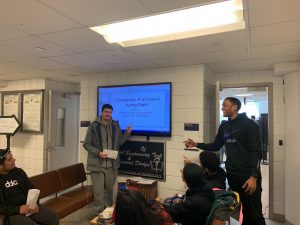 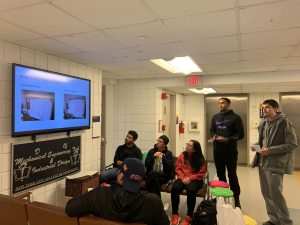 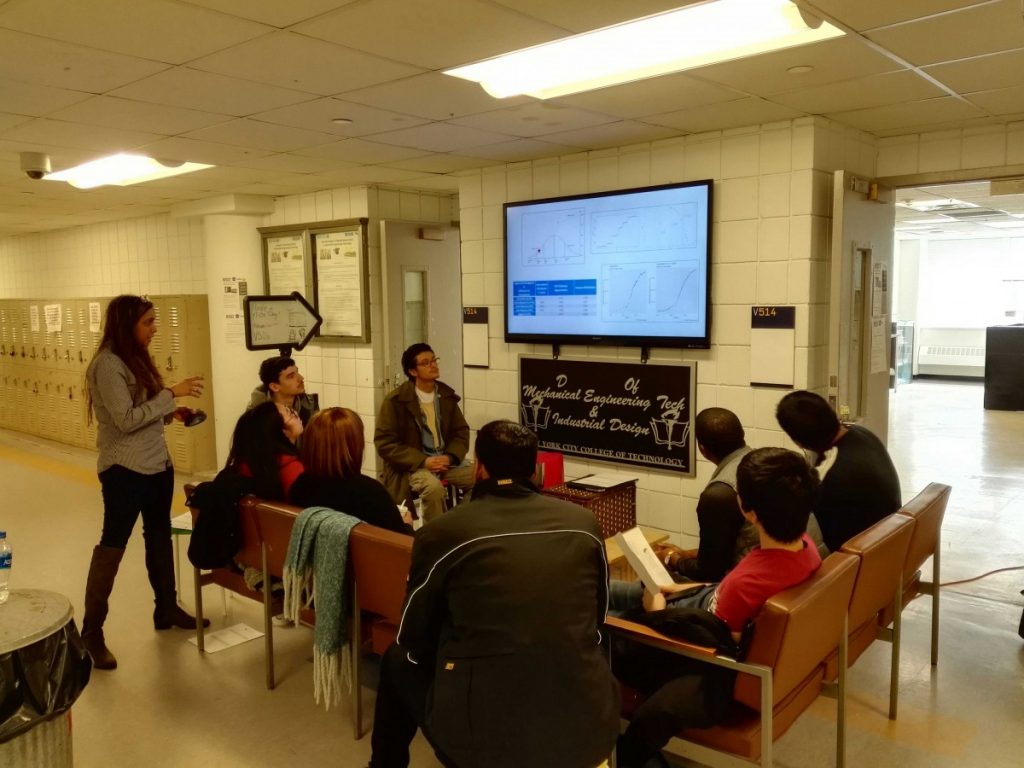 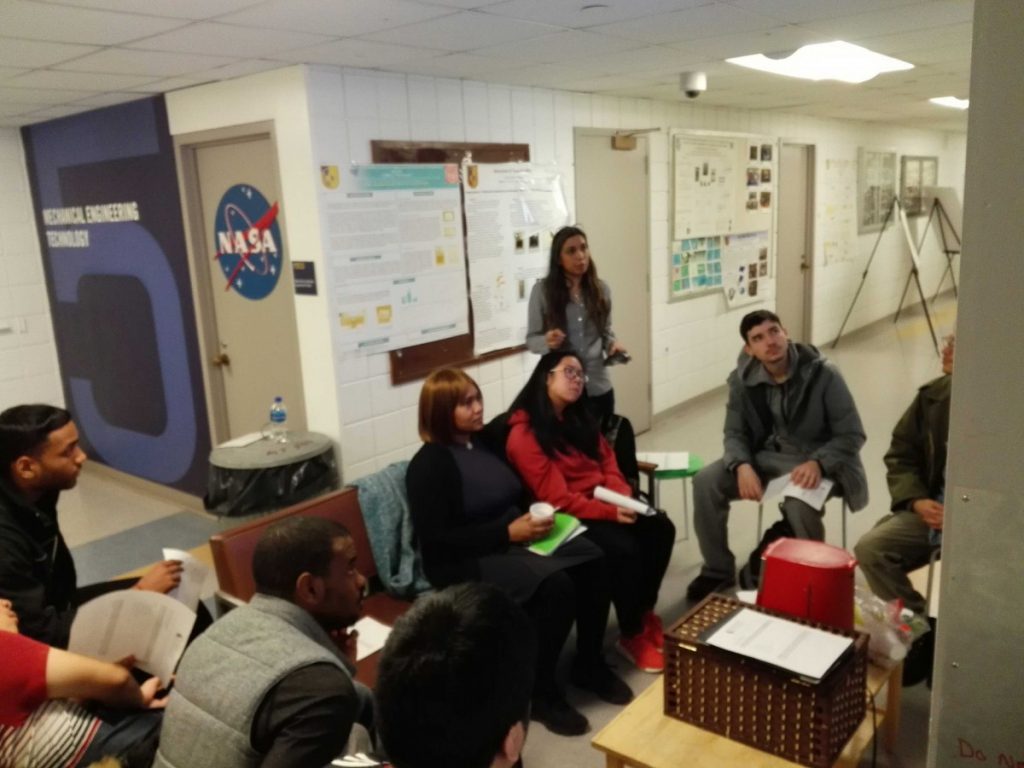 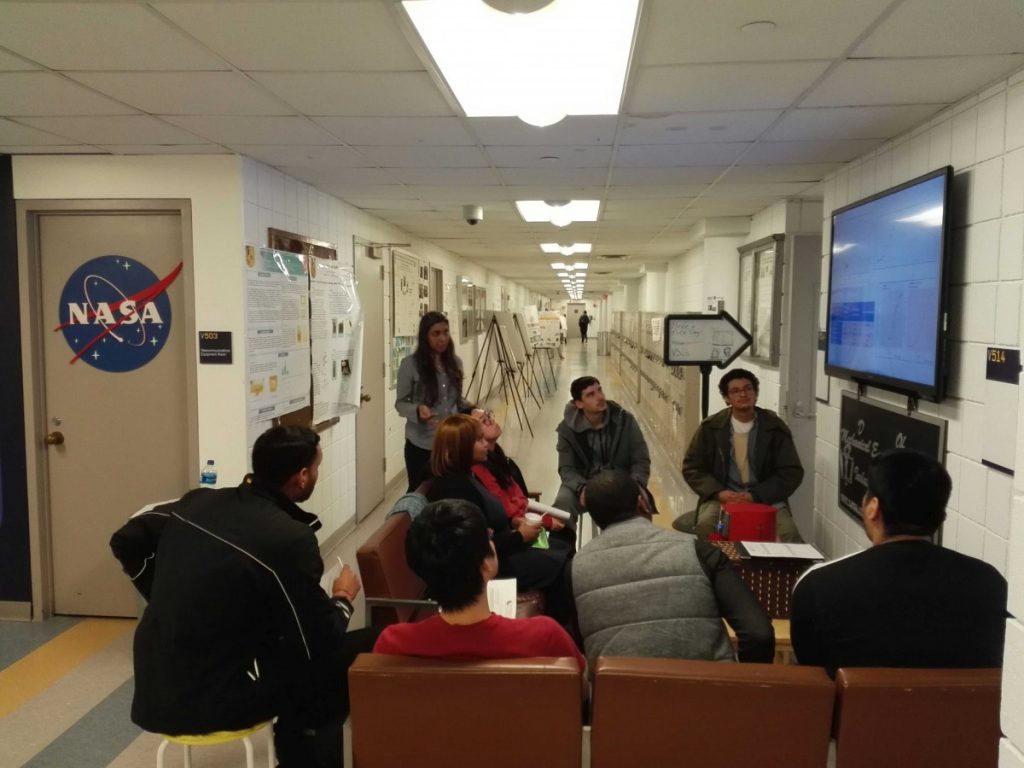 EESL kickoff starts on the right foot, a presentation from mentor Professor Nakamura. 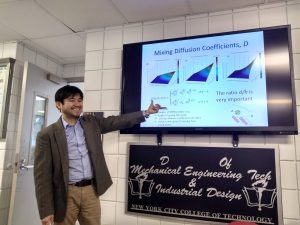 He explains the Nakamura equation for the movement of different sized mixed solid waste, on combustion chamber grate beds. 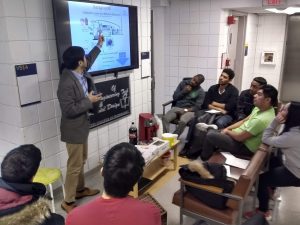 Everyone in EESL is eager to contribute to Professor Nakamura’s research. 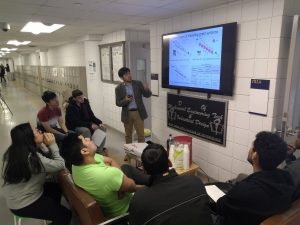 Student articles on this site range from topics food waste to technologically nuances but all have the common focus of Climate Change.

Xiao writes about on China’s water scarcity in the following article. 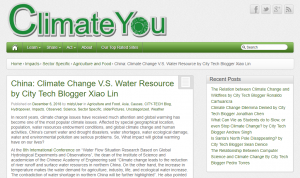 Patrice writes on “fast fashion” impacts on the environmental. 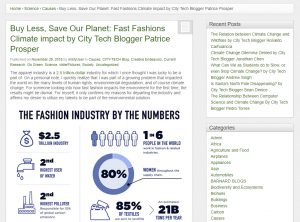 All students are welcome to submit articles related to climate change for publishing on CimateYou.

Email your content for review by the Climateyou editing team at climateyou@gmail.com.

Professor Nakamura engages his STEAM researchers in a thought provoking  topic on “What does being a scientist mean to you?”. 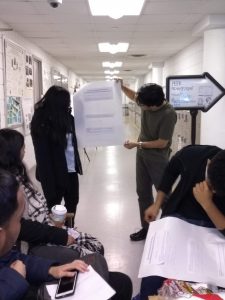 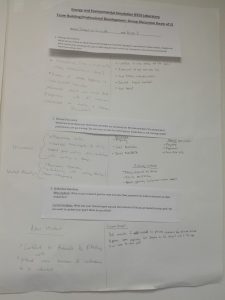 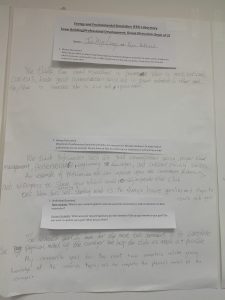 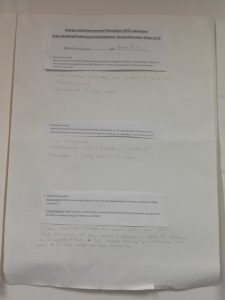 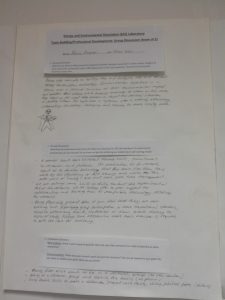 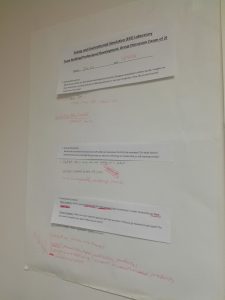 What does the City Tech community think it means to be a  researcher/engineer/scientist/designer?

Leave a reply below. 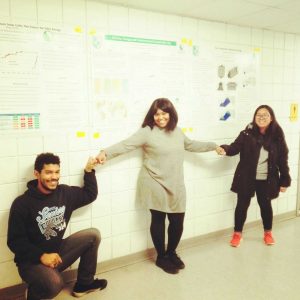 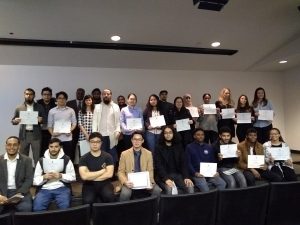 Their design and technology are a demonstration of EESL’s core values in Energy and Environmental conscious research, sustainability and  living. 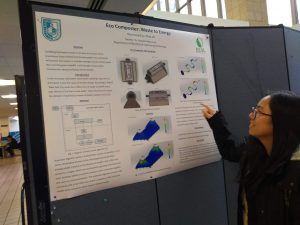 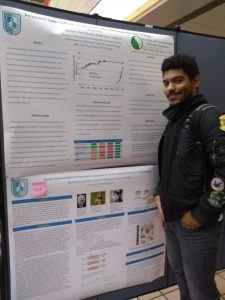 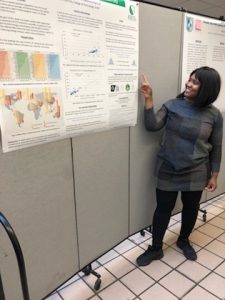 EESL celebrates the end of  the Fall 2018  semester with another great research topic : 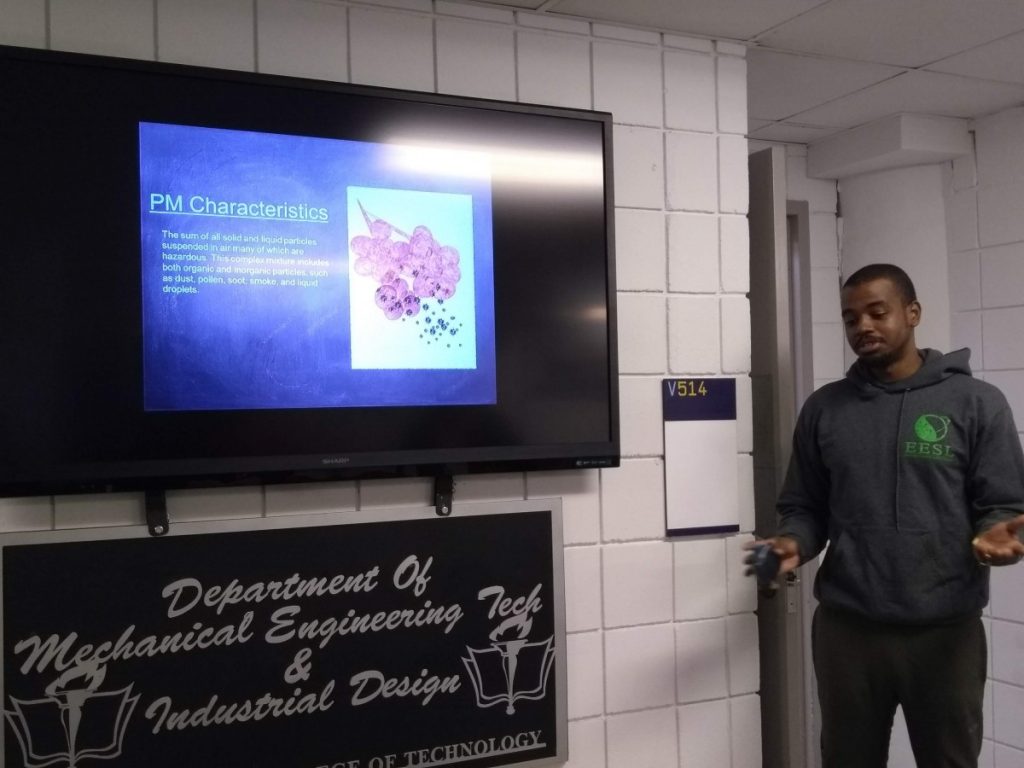 This Fall 2018 semester Xiao Lin has been hard at work, designing an Anaerobic Indoor Composter for household mix organic disposal.

We are all proud of Xiao’s successful research! 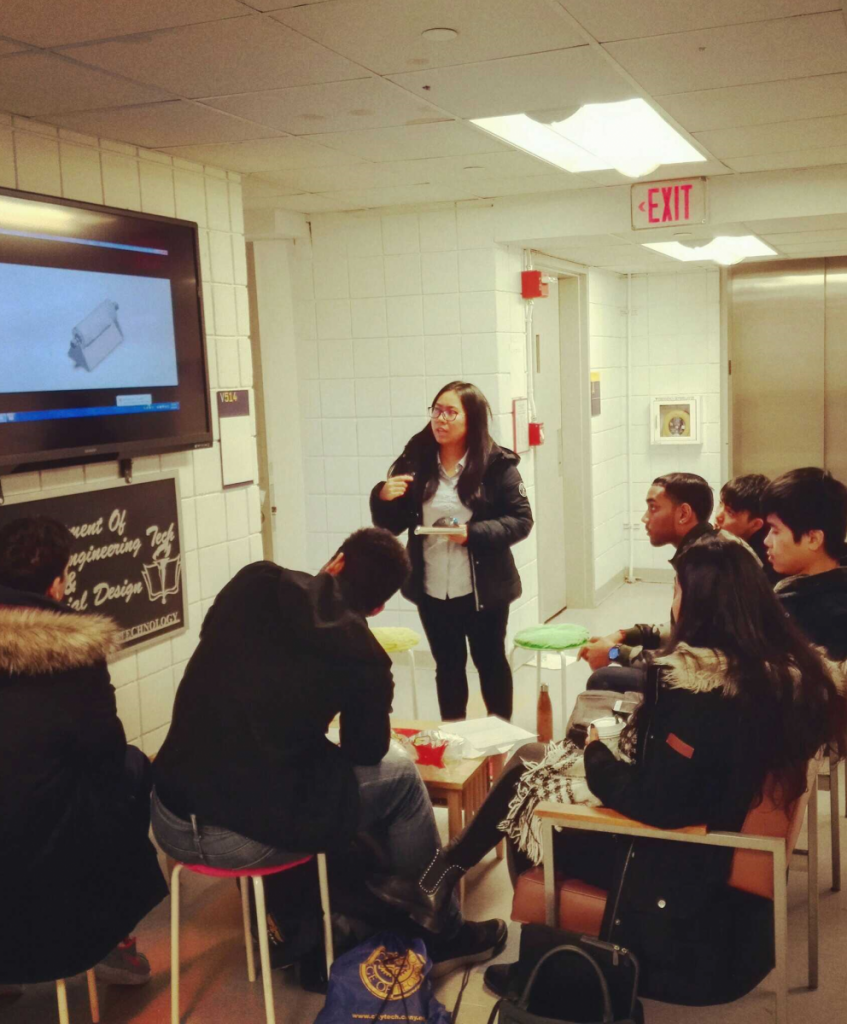 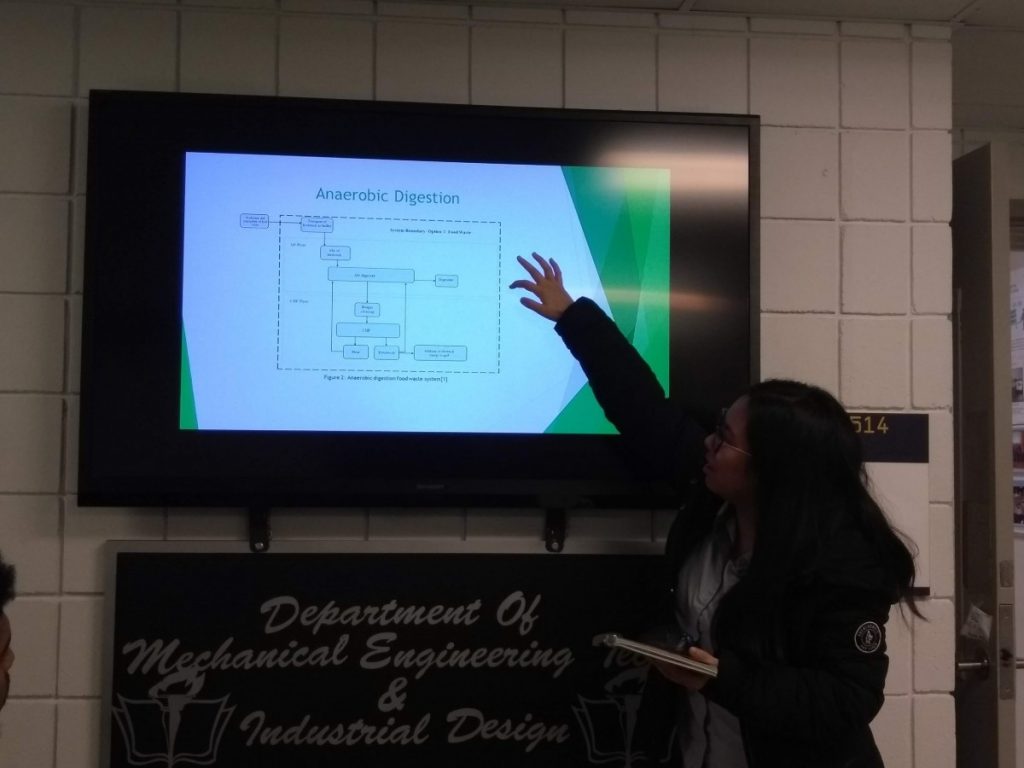 The technology is sophisticated and requires the use of EESL’s sensor technology. 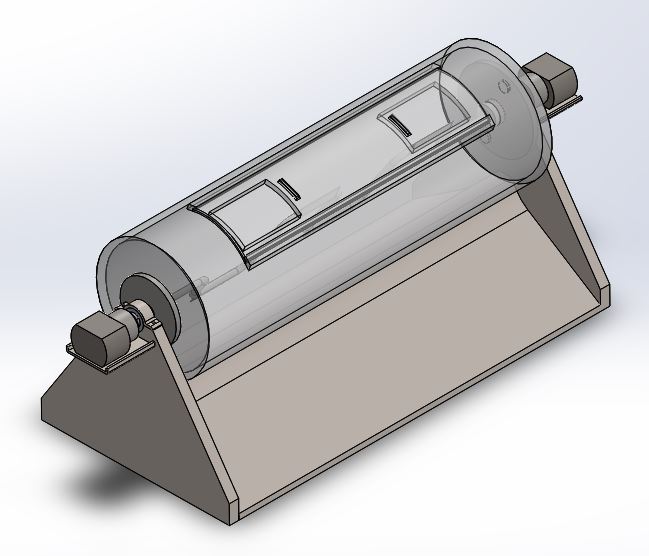 The composter design is being entered in the “CUNY-I-CORPS”, a precursor to the “NSF Regional I-Corps” program, to find a potential commercial market segment. 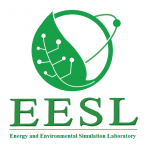