First I want to say thank you to everyone who supported me to be elected to Senator of Accessabilities , I truly appreciate the support. Please feel free to reach out to me via my openlab profile or at my email at abigail.thomas@mail.citytech.cuny.edu. I hope everyone is having a pleasant weekend. It was certainly a gorgeous one for anyone finally able to get some activity time.

Now, I would like to get off of my tush and unto this Soapbox this Sunday which is also The International Day Against Transphobia and Homophobia. I would to like to remind people that being LGBTQI+ in many of the countries around the world is a Death Sentence. So today and year round I employ everyone to go fourth and share the message of why we need to rally against LGBTQI hate, why we need to rally for LGBTQI protections. Not just here in the U.S. but around the world. It is so easy for us to acquiesce to defending the familiar, seeing ourselves in the victim then defending that, but in this world we must seek to go beyond that. We must seek the connection with the problems of another and seek the subtle ways in which we can relate to even the most remotely similar experiences. So I ask you to share this message in your own words, making an empassioned plea to bring safety to LGBTQI+ immigrants from Venezuela, Cameron, Brazil, Mexico, China, Iran, Turkey, and Russia and other nations, With the realization many of them are not just coming here out of a trivial desire, but to flee from unjust and immoral persecution and potential death. They are doing this to live anoter day.

END_OF_DOCUMENT_TOKEN_TO_BE_REPLACED

Just doing some last minute drying of my LAPLS TShirt and Ill be running back to 285..maybe stop for some breakfast on the way.

Where’s my people at. 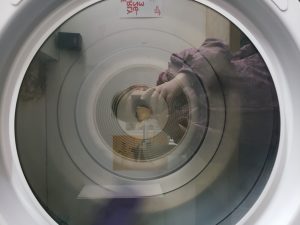 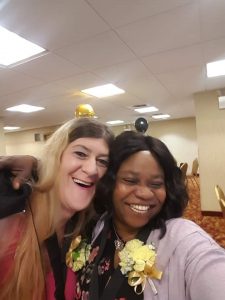 05/16/2018 just before I gave one hell of a speech in a Hotel just west of Times Square.  Toyin who’s story I wont share here out of respect for her privacy , posed with me at the luncheon that afternoon, just before me her spoke.  The crowd was a mix of people from rhe five boroughs and the world. Individuals  completing a myriad of recovery programs including substance abuse, sexual assault,  domestic violence , trauma counseling and so on.On the stage located downstairs,  I  literally, with no idea how long it would take, with no idea of what lied before me,  vowed and set out to start in Paralegal Studies program at CityTech..

So when I say my head is still spinning, I mean it. Because I literally had no idea I would be sitting up in class at 7:45am little more than 3 months and 11 days later. Yet that is exactly what happened.

One and most importantly is being born differently abled is not synonymous with being defeated from birth. We have far more going for us and are far more capable than anyone  realizes.

Two the only limits to human endurance and spirit are those we place on ourselves. True we can’t fly by wishing it. But someone had to have the unincumbered imagination to invent airplanes.

Last but not least. When we endeavor on something, being born of love, of passion, that bears the very essence of our soul then there is nothing we cannot accomplish. Not one damn thing.  To.that testament , it took over one year from.the photo , for the certificate below to reach my hands.  On 8/23/2016 , just three days after my birthday.  It took me chasing it down , making  phone calls.  But it did, and so the same will be with my Paralegal Studies and my Law Degree.  It may take a lot of energy and a hell of an emotional roller coaster. But I am determined  to have it and I will make it happen. 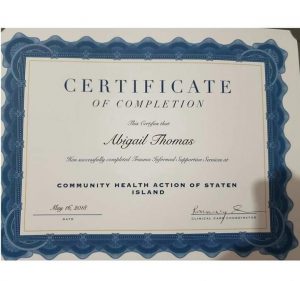 It’s such a tumultuous time right now for LGBTQ. So it makes sense to pay attention to 3 landmark cases before the Supreme Court on October 8th. All three deal with termination. The first two which will be combined into one case deal with separate individuals fired for being gay. And the third similarly deals with someone fired by a funeral home for being Transgender. The impact of the cases could either reverse the Trump Administration’s course on LGBTQ discrimination or it could further marginalize millions of LGBTQ people across the nation, sending many into poverty or worse.

And to a new semester

Let us be mortal akin to Earth,

But let us dare to be greater than deities,

Let us surpass the heavens and as Hyperion once did,

Fly right into the sun,

For only those who strive to great heights,

as perilous as  the fumble, shall be allowed to grow.

A little gem in the variations of articles out there

So apparently the MTA just failed to quell a lawsuit concerning the lack of accessibility at stations.

I have posted your final course grades on CUNYfirst, and your final exam grades here on OpenLab, in the GradeBook linked at the bottom right corner of the screen.  Once again, THANK YOU, all, for an excellent semester!  You worked very hard and showed tremendous intellectual energy, which made teaching and learning with you extremely fun and rewarding.  I hope to work with you again, perhaps in Legal Research I this coming Fall (MW 10-11:15am)?  Or some other way.  If I can be of any help to any of you, with advisement, references, etc., please do not hesitate to contact me at any time.

Have a fun and SAFE summer, and I look forward to seeing you soon!

You did an EXCELLENT job with our final exam review today!  I expect great performances from all of you on the exam, which is this Wednesday, May 22, 11:30am.  DON’T FORGET to bring your CPLR and a writing instrument, and you may bring your copies of the court charts and maps you received in class.  Arrive on time!!

Also DON’T FORGET about the Law & Paralegal Studies Department’s End of Semester CELEBRATION!!  All Law & Paralegal students and faculty are invited to join us this Thursday, May 23, 2019, 6-8:30pm in N119 for food and FUN!!  It’s all FREE!!  Here’s the flyer.  Please join us!!

Finally–following  up on our discussion about Alabama’s new abortion law,  on our “Articles” page I have posted the US Supreme Court’s Roe v. Wade decision and a link to the History Channel’s summary and background on the case, along with the two articles we discussed today.  The case is long so if you’d like a printed copy, let me know and I’ll gladly print one out for you.

Time to gear up for the finals.. They’re just over yonder.