I have posted a list of study SUGGESTIONS for the final exam under “course materials.”  It is NOT an exclusive list!!  Other terms and concepts we’ve covered this semester may appear on the exam.  However, if you follow these suggestions, you should be in good shape.  Before Monday’s class, PLEASE review all your notes, readings, quizzes, midterm exam, etc., and come prepared to ask any questions.  PLEASE also bring your CPLR, it will be helpful for our review.

Enjoy the weekend, see you Monday!

O O..Oratories on Wednesday and Abby may be in for. Legal ⚖ Research

OK, as I mentioned to some of you I’ll be part of a photo-shoot for O magazine on Tuesday. Interestingly enough there may be an interview involved. So ends up the way it’s being scheduled I may be able to make it to legal research after all. If so… What fun this will be. Either way Ill keep you posted and we’ll definitely have a blast doing oratories on Wednesday.

MEMOS can be picked up!!

I’m SO sorry!  I COMPLETELY forgot to return your graded court observation memos at the end of today’s class!  They’ll be helpful in preparing your oral presentations.  You may pick them up in the department office (N622) from Ms. DeJesus, our Department Administrator.  I’ve left them in an envelope with her–tell her you’re in my class and your name, and she’ll give you your graded memo.

Happy Mother’s Day!  Overall, GREAT JOB with the court observation memos!  Most of you showed significant improvement from your first drafts.  I posted the grades in “GradeBook” (graded out of 15) and will return the memos to you in class tomorrow (Mon. May 13).  On Wednesday May 15, each of you will give a short oral presentation” on your observation!

Tomorrow we have lots to do!  We’ll start with a survey on City Tech facilities (posted under “Class Notes” notes tab, linked under Class 27); then we’ll finish up statutes of limitations with a few examples (see class notes for Class 27, already posted); then we’ll address disclosure by reading a NY Court of Appeals decision (Forman v. Henkin, also in “Class Notes” tab under Class 27); THEN at the end of class you’ll complete the “Student Evaluation of Teaching” survey.  Phew!  That’s a lot.

Ladies and Gentlemen!  GREAT job with bluebacks and statutes of limitations Wednesday.  On Monday, we’ll finish up statutes of limitations (SOL) with a few practice exercises that those of you who stayed a few minutes after class on Wednesday saw.  If anyone would like a preview, they’re in the class notes for Wednesday that have been posted (class 26).   I also posted the answer key to quiz #3 under “Course Materials” and the quiz grades in “Gradebook.”

For Monday, please be sure to read C&W ch. 16, CPLR Art. 31’s list of sections, and CPLR sec. 3101 parts (a) through (c), all on disclosure (discovery).  I’ll also return your court observation memos and we’ll schedule the order for Wednesday’s oral presentations on the observations. 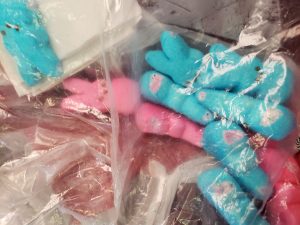 keep trying to relax, but these dudes keep staring at me.

I hope you’re enjoying the weekend!  Just a reminder, we’ll have our last QUIZ at the start of Monday’s class (May 6).  Be sure to bring your CPLR and a pen, and arrive on time!  Please also be sure to have read C&W ch. 6 and CPLR sections 201 and 203 (a), (b) and (c), all on Statutes of Limitations.  For a preview of other information we’ll discuss Monday, see the “Class Notes” tab with materials posted for Monday’s class.  Also don’t forget, the final summons & complaint is due Wednesday, May 8.

Enjoy the rest of the weekend, see you Monday!

Ok.. So the first part introduced you to the insignificant things. The things I  would share without much significance. Part 2 was always intended, but my greatest concern was perception of the facts I’m about to present. So here we go.

First favorite things vanilla, pistachio, carrots, celery and broccoli. Butttttt pllllleeeaaasseee don’t ruin the carrots. I wi take good carrots in any form. Do, anything to ruin them and take away their essence. Overcook them or candy them to death and blyeercckk..Beaches, Walking, Warm Weather,.. Unless it’s a brutal snowfall in which case snowfortresses. Biking, when My bike actually works. My opinion of gyms is they’re great substitutes for what you can do with a bike and barbells. And if you think that’s dudely then you haven’t met my mother. Who at 70 is taking classes in woodworking, and loving it. Or who literally fixed a washing machine almost by herself last year and I don’t mean a simple fix.

My favorite forms of transportation are on foot or bike. I cannot even stand trains over short distances. I walk to Barclays/Atlantic from here. I’m not that disabled and definitely not in that way. I tend to stand in public transportation because I can and the longer I can keep body afloat the better. So Ill tap my feet holding on to the railing why I listen to Juan Miguan, Two Without Hats, and Laura Brannigan. FYI.. that’s 80s, 90s, and 10s. I listen to anything that’s toosm. You can go ahead and have that ♿ seat on the train.

One I’ve been disabled most of my life and  well drecnched in the vestiges of my disabilities. This includes a mild persistent form of dyslexia, Juvenile onset epilepsy (currently in remission and unmedicated), and mixed mode (meaning from multiple sources) hearing loss. All of these things trace way back in to my childhood. Where I started out my school career in Special Education, HC-30. Which is specifically for  children who suffer from TBI (Traumatic Brain Injury). This includes Epilepsy, Down Syndrome, certain mental illness or psychiatric conditions, and so on

It would also be prudent of me to mention I also suffer from dysthymia. Which is long term persistent depression as opposed to the popular episodic disorder oddly labeled general depression.. Next I’m going to skip around a grave amount of detail in the interest conveying the most in the least amount of time.

The short of it is I have been brutally mistreated at the hands of my able bodied (and able minded) peers. Including gut punching and strangulation. When it came to the point I was transfered, on my first day, the warmest day of 1977, the first day yard time would be permitted (it actually went below 0 the previous week), I was lured to the corner of a school yard by two 14 year old boys and was raped.Needless to say that day ended up feeling like the coldest day of the year even though it. Went up to 83  degrees.  I would end up transferring to two other schools before finally settling into the fourth on my way to Middle School. Interestingly enough I honored in English Literature, English Composition, and H. S. Science and Chemistry. Oh and the violence never really stopped against me, but hitting puberty gave people some other stuff to concentrate on. Oh I also debated in mock trials twixe in middle school and twice in HS. I also precided over four mock trials in HS.

My first attempt at college was in 1991. Even though the college knew of my disabilities, access later verified some of the lesser visible ones through neurocognitive testing. The excuse was there was nothing they could do. Which is laughable. Ironically I ran into Phillip Michael Tbomas’ nephew who was also Learning Disabled and we conversed quite a while. But that was not even a drop in an otherwise mirky swamp. I would end up investing 6 years in what would be  a 15,000 student loan debt after the interest rates were gouged. Something that would take me around 20 years to fix through disability discharge. That was about 2010.

The shortest way to put this is I’m taking my time because of how horrible the previous experience was and how much more enriching this one is. But I should put forth I’m not here for appetizers or even the main course, I’m here to buy the restaurant.

Excellent work today on service of papers!  Your final court observation memo is still due Wednesday, May 1.  However, as the syllabus notes, Monday May 6 is our next (and last) QUIZ, which will cover chapters 9, 10,  11, 12 and 14.  To facilitate your thorough preparation for it, as well as the necessary effort to produce a top-quality summons and complaint assignment, I have decided to extend the deadline for the final summons & complaint to Wednesday, May 8 (instead of Monday, May 6 as stated in the syllabus and discussed today).  I hope this is helpful for you.

Welcome back! Reminders for Monday’s class.

I hope you’re having a TERRIFIC Spring Break!  I look forward to seeing you in class Monday, April 29.  PLEASE be sure to have read ch. 10  pp. 77-80B and CPLR R. 2103 (Service of Papers) and bring your CPLR.  Please also review the information on advisement and registration posted under the “Course Materials” tab, which we’ll discuss in the later part of the class.

DON’T FORGET!  Your final court observation memo is due Wednesday, May 1.

Enjoy the rest of the weekend, see you Monday!