It seems fitting to discuss endings as our class draws to a close. For this last homework assignment, please consider the importance of endings to films and discuss one of your favorite endings. Note how the ending to Truffaut’s 400 Blows ended with the freeze frame of Antoine facing the camera, an ending that is intentionally ambiguous, forcing the viewer to continue the story. The ending to Truffaut’s film is so iconic that it is frequently quoted or parodied. See this short clip that shows how Truffaut’s ending was used for the final shot of Nelson’s film in a Simpsons episode. To complete this homework assignment, please submit your favorite endings in a comment.

Homework #10 is DUE by Tuesday December 15th (2 days BEFORE the in-class Final Exam).  Everyone should submit a COMMENT to my post.

In 1962, Chris Marker released an experimental film that he described as a “photo roman” (a photo novel), which was comprised of editing together individual photographic stills rather than film shots. The result was La Jetée, a groundbreaking short film of science fiction about time travel in a post-apocalyptic world. Marker’s film inspired Terry Gilliam’s 12 Monkeys (1995) and a recent TV series of the same name. Watch Marker’s film (it is 28 min) and the trailer of Gilliam’s movie, and discuss the use of cinematic time travel. Is it successful in La Jetée? What movies have you seen that deal with time travel?

To watch an English version of La Jetée, you need to watch it in two parts:
Watch the important opening sequence of La Jetée by here (click on World War Three)

Jean-Luc Godard’s extensive use of jump cuts in Breathless (À bout de souffle) 1960 was highly influential on the “look” of many later films. In a jump cut, two shots of the same subject differ in angle or composition, the disjuncture creates a visual “jump” on the screen. The jump cut is an example of discontinuous editing, however, the uneven transition of one shot to another is often described as an amateurish technique. Yet, Godard masterfully uses the jump cut to highlight the urban rhythm of Paris and the whirlwind pace of modern romance. Watch this clip, in which Michel (Jean Paul Belmondo) gives Patricia (Jean Seberg) a ride across town to her appointment. Note the number of jump cuts in the car sequence, in particular, the change in backdrop that frames Patricia’s head.

For this week’s homework, please search for the use of jump cuts in a later film. You can watch clips of a movie you like to see whether  jump cuts are used, or simply “google” jump cuts. Post a link to the film you’ve found and describe the impact of the jump cuts in that film clip.

Due December 1st (after Thanksgiving!)

In Alfred Hitchcock’s The Birds (1963), a beautiful socialite Melanie Daniels (played by Tippi Hedren in her first film role) takes a trip from San Francisco to Bodega Bay in pursuit of Mitch Brenner (Rod Taylor). Although Hitchcock preferred to film on a studio set, there are numerous location shots that highlight his love for San Francisco and the surrounding area. As a hobby, the California architect Hervé Attia produced a film short that revisits many of Hitchcock’s locations for The Birds. Watch Attia’s short film and a clip of the attack on the children scene. What do you think of “fan” movies like Attia’s that deconstruct films and revisit locations?

Watch the attack on the children sequence here.

Homework #7 is DUE by Tuesday November 17.  Clubs and Hearts s Post, Diamonds and Spade Comment, note your blog group! Please email me if you forget which group you belong in.

It’s only right that cinema’s most flashbacked scene belongs to one of pop culture’s biggest icon. The champion of justice. The Caped Crusader, The Dark Knight, He is vengeance, he is the night. He is Batman! The most flashbacked scene is the night Thomas and Martha Wayne were gunned down in Crime Alley after seeing a Zorro movie (Or The Grey Ghost, if it’s the Animated Series, which counts because it had a theatrical release within the same continuity) by Joe Chill (Or The Joker if you’re Tim Burton). Usually it is done by having an Adult Bruce Wayne have a nightmare or explain his origin to an ally like when he recruits a new Robin. He goes through those like people go through underwear.

Usually it used to show that young Bruce Wayne also died and from the ashes rose the person who would eventually become the Batman.

The best flashback scene is in the animated film “Up”. The story starts out with a memorable emotional character flash back that is made up of short scenes with absolutely no verbal dialogue. I remember watching this film in a movie theater and this scene literally made people cry. The scene is just full of emotion and its just so powerful. We watch Carl’s life pass by in the first five minutes that are full of happy and sad moments. 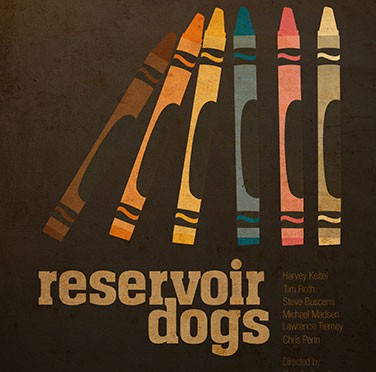 For my Flashback scene I choose Reservoir Dogs which is  Quentin Tarrantino’s first feature film. This scene is about a guy trying to convince his crew that he’s made out to work for them, and to gain their trust he tells them a story. He starts by telling his made up story and when he gets to the peak of the story, it turns into a (fake) flashback where you are placed in the bathroom with him. This is displays classic Tarrantino, which has great script, intense scene, some humor, and nonlinear sequence.  I love this scene because it is full of suspense and filled with so much tension between him, and the cops. The part where it flashes back has been editing into black and white, which I think is helpful to differentiate the present to past.  It is hard to explain more without giving away the film or ending. I won’t give any more spoilers but if you haven’t seen this movie do your self a favor and watch it. Warning: There are some curse words.

In Orson Welles’ Citizen Kane (1941), most of the narrative structure relies of flashbacks. Viewers see Kane’s death at the start of the film and the “March of Time” newsreel provides an overview of the life and death of Charles Foster Kane. The life of Kane is communicated through the flashbacks of various sources, including his close friends and ex-wife. Orson Welles lets the audience know at the very beginning of the film what happens to Kane and tells Kane’s story through a succession of flashbacks. What other films to you know make use of the flashback device? In an earlier homework, Brygetee discussed the big-budget film, Titanic (1997) by James Cameron. You may recall that the audience learns what happens in the beginning of Titanic, and the first 20 minutes are devoted to exploring the sunken ship, ending with an older Rose who takes the audience on her flashback to that fateful voyage. Explore your textbook, the internet, or your own collection of films and share with your classmates a memorable flashback scene.

Click here to watch a flashback to Kane’s childhood as recalled in the diary of his legal guardian Thatcher in Citizen Kane (take note of the deep focus technique).

Homework #6 is DUE by Friday October 30th (ONE DAY AFTER THE MIDTERM). Diamonds and Spades Post, Clubs and Hearts Comment, note your blog group! Email me if you forget.

Orson Welles’ Citizen Kane (1941) is known for the use of many innovative techniques, especially the use of deep focus. In addition, there is a scene in which a photograph comes to life. The scene comes during Kane’s announcement that his has hired the group of star journalists from a rival newspaper to write for his own paper, The Inquirer. This sequence recalls the increasing popularity of animation in this period.

As we learned in class, Snow White and the Seven Dwarf (1937) was the first feature-length animated film. Watch a clip from Disney’s  Snow White, and post your thoughts on early animation.

Watch the photograph come to life in Citizen Kane here.

Homework #5 is DUE by Thursday October 22nd.  Clubs and Hearts Post, Diamonds and Spades Comment, note your blog group! Email me if you forget.

When I think of big sets and enormous budgets I think of films that take place in different environments like  otter space, different planets mythical worlds and  exotic places.  I choose Pirates of the Caribbean for many reasons, one, cause I love those films and the stories in them! Two, because the sets are so great. They filmed everywhere around the world for this films from London, to Puerto Rico, to Dominica and other Caribbean islands, and of course Disney Studios. Every film give you a feeling of authentic islands and vast oceans, and even the crew looks real, when they show indigenous people they actually look like them! And Third, because Johnny Depp has a pirate? Come on it’s amazing and you know it! All four installments combined have had a budget of about 1 billion dollars and have grossed 3.7 billion world wide.  I have posted a video of a classic scene which depicts typical Pirates of The Caribbean aspects, real sets, sword battles, fast paced movements and Captain Jack Sparrow getting into shenanigans.