The project so far has been both an outward search, and an insightful inner task. I have had to rely on the research articles in this part of the project to tell me what to expect in regard to what effects such as detachment and worry. I did not imagine that it would be as bad as it is. The first day of Friday the 20th was not as bad because most of it was spent in work, however, when I went on break I found myself lost. I had nothing to do but eat my lunch. I paid attention to the food, the way it tasted, the colors and smells of the food. It was a new experience because I could not remember the last time I looked at the food that was going into my mouth. Most times I am staring at my phone busily scrolling through what seems like an endless feed. I also noticed that the time went a lot slower. Thirty minutes felt like an hour. It is amazing how quickly I was able to gauge the changing sense of time. I was able to give an account for where my minutes went instead of mindlessly wondering if I had really just spent 4 hours scrolling and re-blogging on Tumblr without noticing it. 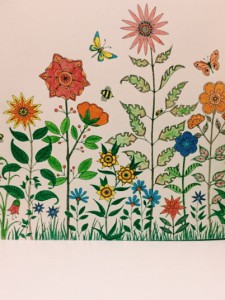 I noticed about myself was the constant worry about what I was missing out on. As a guilty pleasure I read, “The Shade Room” (TSR), a celebrity blog that gives updates about trending celebrity stories. I have grown attached and soothed by this blog. It has been my way to unwind after a long days’ work or school. For the past four days however I have been lost and it worries me. I am worried that I will have to catch up on so much and I will also miss out so much. I have no idea what is going on and I have had to find a new ways to deal with my new time—coloring. In four days I have reassigned and invested my time in more creative outlets. I have never colored so much since the fourth grade but although it does occupy my time I still find myself worrying about missing out on some outrageous seflies or videos. 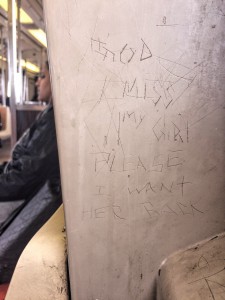 things. I notice the people around me, words on the wall, and even the objects on the ground. These things which I have gone months without noticing because my head would be buried in my phone; scrolling through social media. My attention to detail has caused me to become not only more aware of the things I do but the manner in which I do them. I pay more attention because I am not being drawn to or constantly stopping to check my SNS. I am more interested and invested in people and their stories because I have nothing to distract me with.

The last effect of this experiment that I have noticed is that I am relearning how to use my iPhone (who knew there was more to it than my SNS apps). I am more cautious of what I do and how I do it on my phone. Since Friday I have downloaded games, and photo editing apps that allow me to take advantage more of what the phone h
as to offer. I have been taking advantage of my camera and all that it has to offer. I have also noticed that when I take a picture now I take it not for the ‘likes’ but for a purpose. I have found an interest and enjoyment in taking photos that I never knew before. I would before this experiment take a picture for the sole purpose of posting it and seeing people like it or share it; now I find pleasure in capturing a moment for myself and no one else.

So far I thi 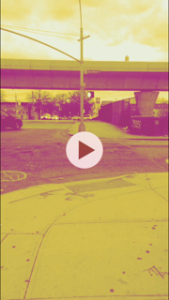 nk that I have been able to capture videos and pictures that represent these feelings and effects. In moving I plan on continuing to capture more videos and pictures of the day that represent and coincide with the blog post that goes along with it.  I also plan on starting to put my short video together for the final presentation as to give myself enough time to edit.

Lastly, moving away from the project, I have too bee

n working on my e-portfolio site as which will house the final project piece. I have been working hard on ‘The Sliding Doors’ theme and I believe I am finding some success.

I ask that anyone if willing take a look and give me some feedback. Feel free to ask any questions that you may have about the project so far. I hope you will be able to enjoy the finished item. 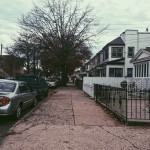 Noticing the world around me 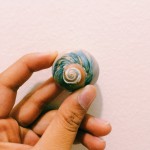 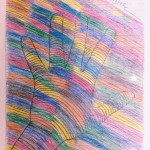 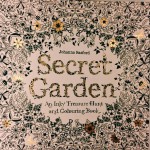 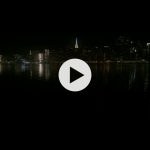 Videos that that showcase my participation in daily life.

Tumblr: What you need to know about fandoms

Prezi was a new an interesting experience to say the least. I found the software to be very new and exciting. It was very different from the other presentation software that I had used before. In my eyes it seemed a bit more creative in the way it bounced around and the color schemes it offered. Although, it was a new experience and a good one at that I do not think I would be using Prezi again. The way it bounced around, zoomed in and out was hard to toggle with. The constant in and out motion was hard to follow and confused me. I wish that there was some sort of tutorial that help me understand the software more indepthly.

I experimented to the best ability with animations, transitions, and audio. I saw some similarities with the software that I have seen in others before; however, I wish that there were tabs to indicate functions instead of clicking to find out what functions were actually available. All in all, I found the experience to be very different yet very creative. If all the problems I encountered could be fixed I do believe Prezi would be a go-to site for me presentation.

Blogging has and always will be for me a way to express my opinions, feelings, and inner thoughts. I have found it to be both therapeutic and informing. I have grown as a person from the open environment of my Tumblr blog space. I have been able to see different perspectives, the rawest truths on high level issues, and the ability for human beings to sensitive and humane.

Before I dive deeper into this discussion let me begin buy offering a crash course in the world of Tumblr. Tumblr unlike other blogs is a platform for microblogging. Quotes are preferred to large blocks of text although they can still be found on those who chose to compose their individual blogs that way. While scrolling on your dash or main frame you are going to come across a multitude of things from cat memes to social issues. I have found Tumblr’s discourse community to have a multitude of smaller discourse communities called fathoms. These fathoms have different languages, known symbols, and leaders that have all been developed around a joint or popular interest. I have seen fathoms destroy other people who knew nothing of their lingo but I have also seen them protect their own as if they were brother and sister. The most important aspect of Tumblr I believe is that it is a platform that does not tolerate inequality. Lastly, it should be known that just as Vegas what happens on Tumblr stays on Tumblr. Your personal blog and what you reblog for many people in a way is private although it is for the entire community to see. When I first became involved with Tumblr I was timid about what I shared but after a while I came to understand the community and its open atmosphere I came to understand that even friends I followed on my blog did not judge me based on the content I shared.

To begin with, the first thing I learned from Tumblr is being truthful in all aspects of reporting. “The more informal personal nature of most blog writing is due to the fact that most blogs are by a single author. This places priority on voice” (Carroll, 178). Being your truest self on Tumblr is of the utmost important. Showcasing your interests and believes builds your credibility and following crowd. Just like any other blog it is important to always report the truth and be accountable for what you have written and published. I have seen many times Tumblr users speculate and have had other users do the work to correct their inaccuracies. Tumblr above all promotes the honesty is the policy slogan. As a member of the community we strive to help and maintain the betterment of our fellow bloggers.

The freedom of expression is another important aspect of Tumblr or any other blogging site I believe. “So subscribing to any code of ethics is voluntary. To maintain or preserve a writer’s freedom of expression, it would have to be so” (Carroll 185).  What a person writes whether agreeable or not is not to be tampered with. If you have an opinion comment, or share, but do not for any reason flame a fellow blogger for their right to expression. Additionally, as mentioned within that quote for any new comer or outsider it should be understood that there is a code by which all users of said blogging community adheres to. As to avoid misinterpretations read further into the blog and the author to understand perspective.

Lastly, it is important to never change any ones work, remove identifying tags, or markings. People have spent time pouring in effort and heart into their work; presenting their voices in what they believe to be the best representation of themselves and ideas. Even authors should not change their work after it has been published, “So, after something has been posted, editing should be limited to fixing typos, smoothing out grammar, and modifying unfortunate word choices, but no more.” (Carroll, 189). Work published should have been revised before and  what is said has been said. Bloggers must understand that if they do not want to misinterpreted that they have to be as clear and concise as possible in order to be understood properly.

Tumblr has taught me to also be truthful and represent myself in the best light as I see fit. My words, photos, and what I choose to post are a clear representation of my online identity. In order to be not only an abiding Tumblr user but an active blogger I must respect guidelines set by not only Tumblr but the general blogging community as a whole.