Next week we will be finally welcoming spring into our lives. I don’t think that it will magically make it feel any warmer outside but one can still hope. I spent the last few days not feeling very well; I’ve been experiencing lethargy, fatigue, and nose-tickly (if that’s even a word). In my vying attempts to cure myself, I’ve been drinking plenty of tea (as per Genny’s suggestions) and trying to get as much rest as possible. After schlepping myself home, one of these past few days, my grandmother asked me if I normally get allergies from pollen. It was like a light bulb that went off in my head. I thought it was too early to worry about pollen and wind but my slightly hoarse voice is proof enough. Spring is practically here, y’all! 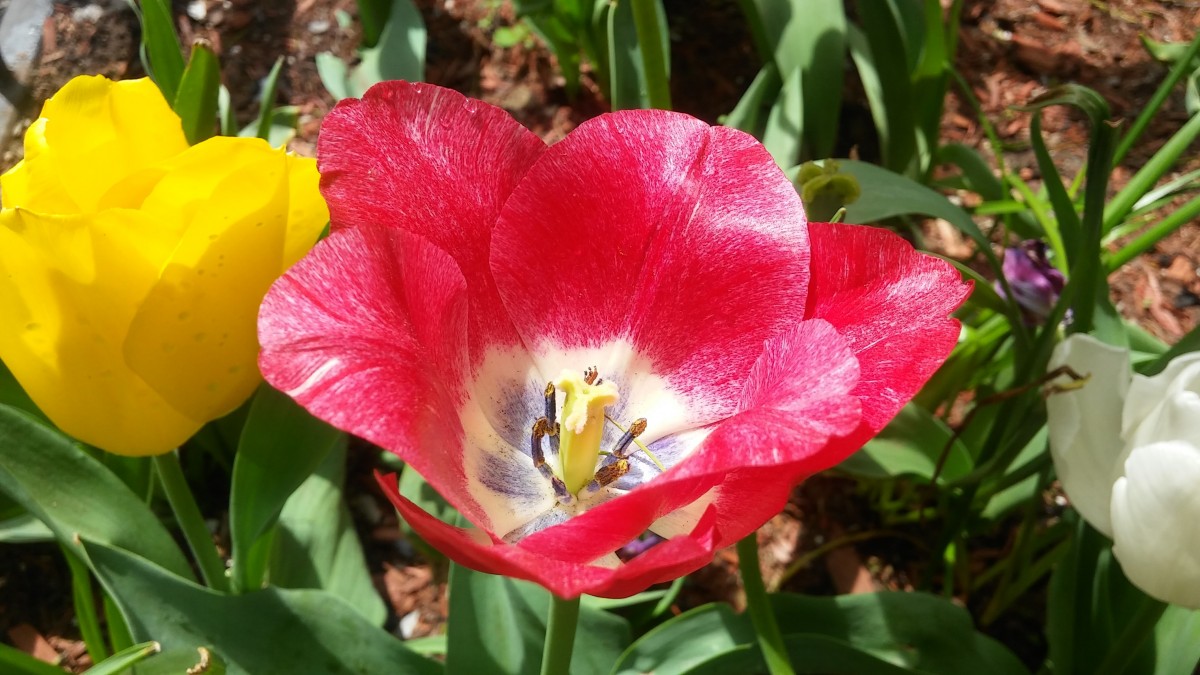 Even though this stupid pollen stuff – only stupid because we aren’t at a good point in our relationship as of now – has been wreaking havoc on my nasal system, it will soon result in beautiful green trees and vibrantly colored flowers. The time of green lined streets and sidewalks are almost here; it’s so close I can smell it… literally. But have you ever wondered about those trees along the sidewalk? Perhaps, why they are there or how long they have been there. 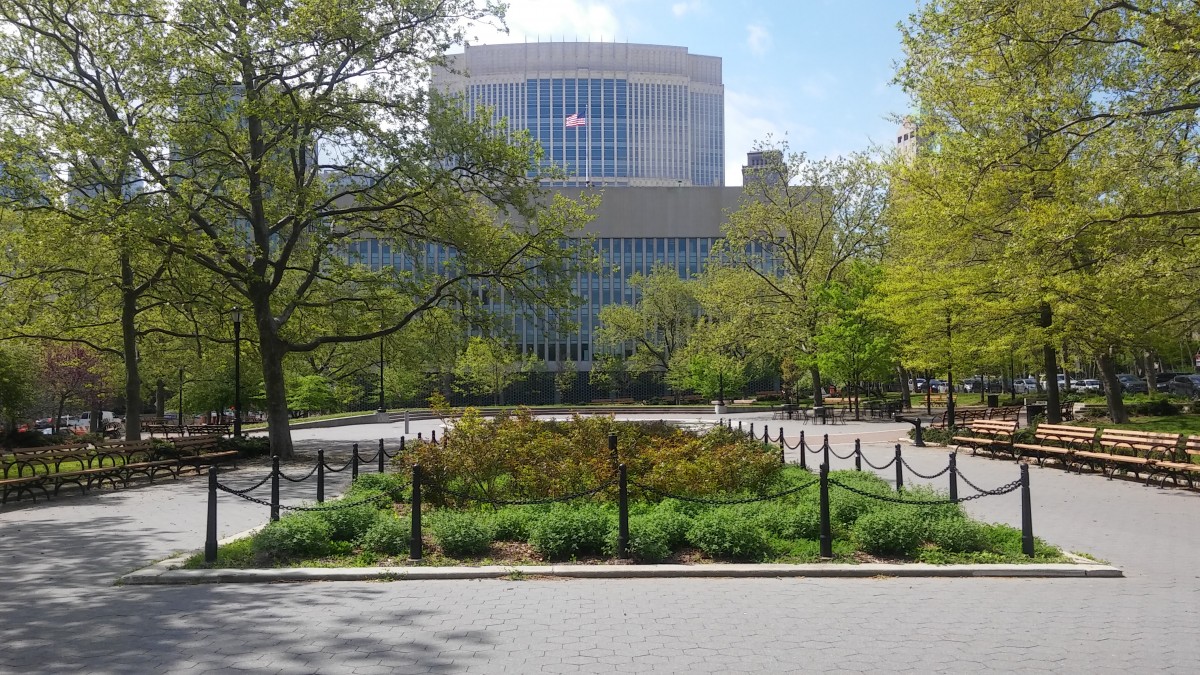 Turns out, according to the New York Times, there was always a need for trees in New York City. There was a constant struggle and demand for green space ever since the early 1900’s. The different species of trees were like a revolving door; switching places in the desperate attempt to evade illness to the tree or environmental failure. New York City began to really take a hold of the tree crisis with Robert Moses’ plan to better NYC in 1973. A lot of his methods were not always liked by the public but his tree idea really raised a necessity for a greener city. Although his plan didn’t really work that well, ever since then we’ve only made progress on the issue. 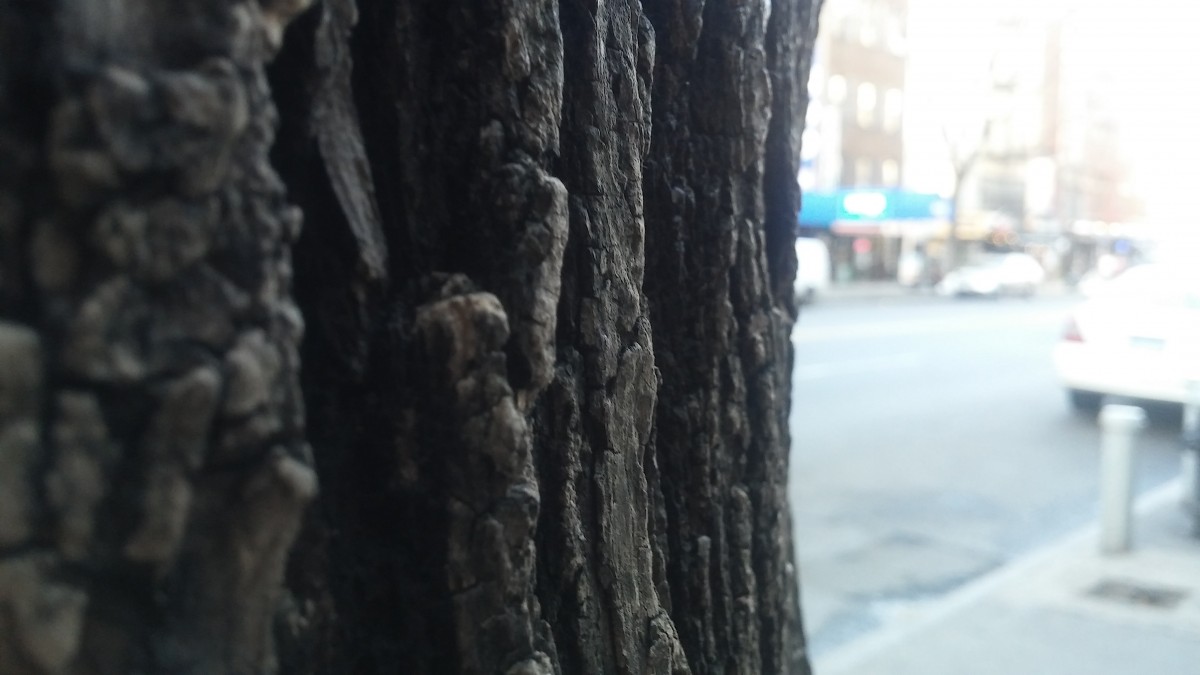 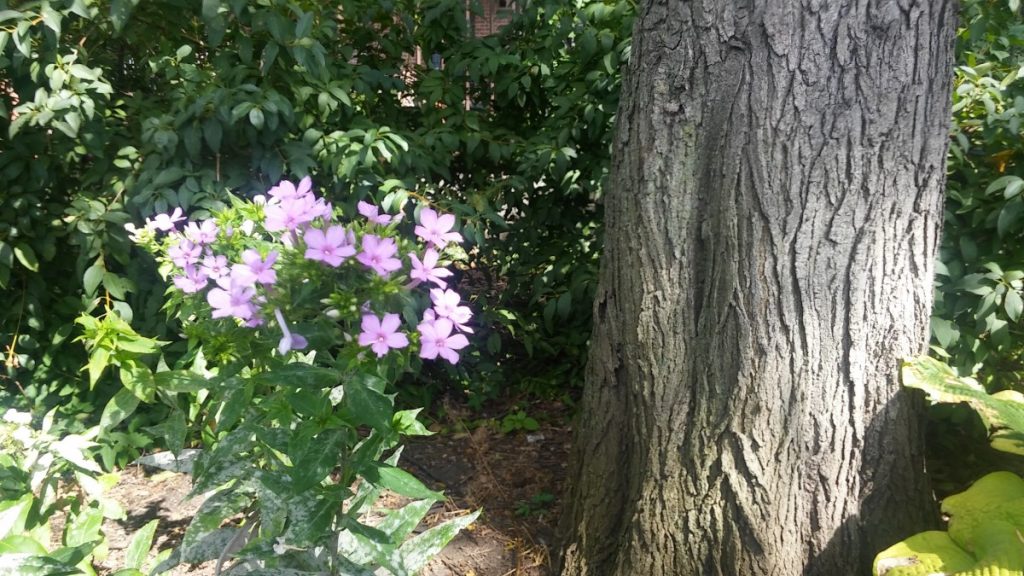 In 1980, a new program brought back the planting of trees with a program called “Request a Street Tree” which gave residents the option to request a tree from the city. From then to now, the city has been populated with over 600,000 trees; giving us something to look forward to every March 20th. 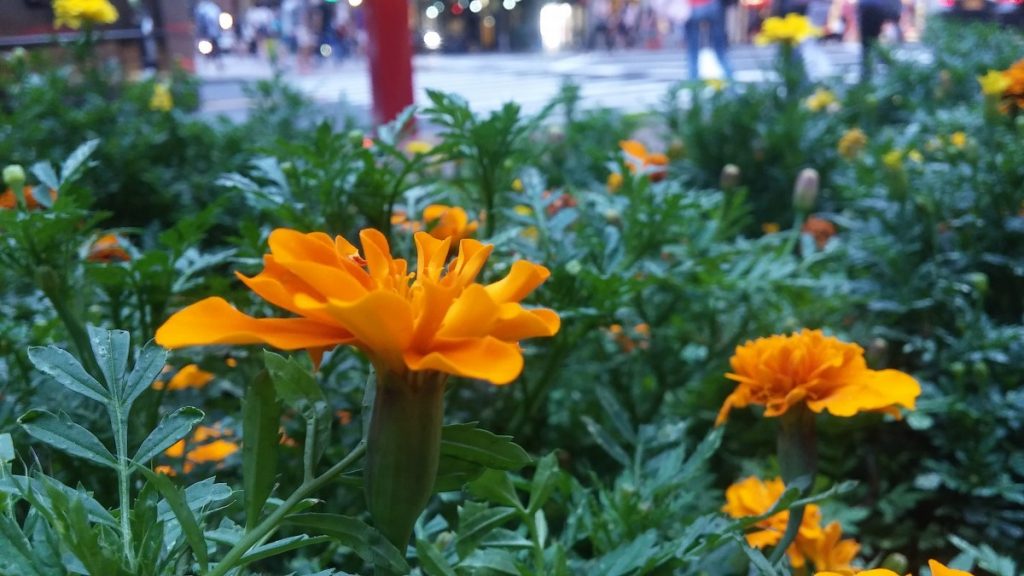 The sun is shining, waves are glistening and are frantically running into the sand before breaking on the shore and rocks. Deep breath in, seawater fill my nostrils and mouth, coating my tastebuds. My skin bevels in a grid-like pattern, chills sprinting up my arms. All these sounds, crashing waves, laughter emanating children, screams echoing of amusement, cries of seagulls, and the loudly mellow roar of rides at work; all of it drowns into nothingness. Silence until a low snap starts to create the first sound I remember hearing in what feels like hours. The rhythm beats against my eardrums. Violins start to carry out a melody as my ears piece together an old song my grandmother used to play. Reminiscence is in my smile as I walk along the boardwalk with my bare feet; feeling everything I possibly can. The song continues, The Drifters harmonizing in throaty whispers about something happening under the boardwalk. I finally close my eyes, reveling in everything that is Brooklyn and the richness that is Coney Island. 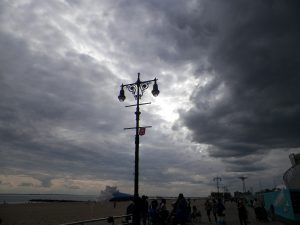 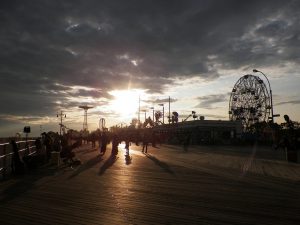 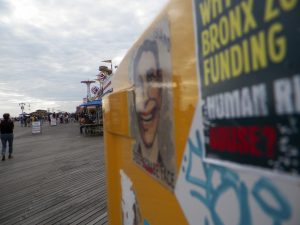 Even Though Summer ends tomorrow, I will attempt to keep the season alive for the next few weeks with an adventure into Coney Island. I will tell the stories of the richest pinnacles of the Island and what became of them. But this week I will start with an introduction to the story of Coney Island Boardwalk.

According to nyc.gov the essence of the boardwalk has been around since the 1820’s. Back then, it was just a house that people used to host parties or to just be close to the ocean. It’s amazing to think about how many generations has past since then but the mentality of this magnetic pull to the ocean never faded or shifted in any way, shape, or form. The spot gradually became a more populated area; restaurants, hotels, halls, and more popping up along Coney Island Beach to aid people in a retreat from the city. By May 15, 1924 Coney Island Boardwalk opened to the public for the first time, giving all New Yorkers a chance to release and find fun-filled memories at such a magical place. The boardwalk was originally called Riegelmann Boardwalk in respect of the Brooklyn borough President of the time, Edward Riegelmann. He oversaw the three million dollar renovation to make this popular spot suitable for the large sum of people that would spend long hot summer days on the beach. This new boardwalk lined amusement park rides, food vendors, games, and most importantly the ocean. 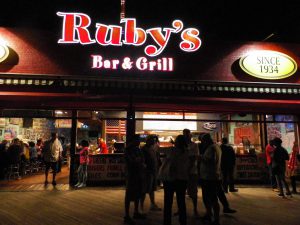 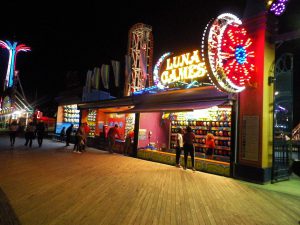 Although the boardwalk has been fully renovated throughout the years due to natural environmental weathering, the purpose still stays the same. Thousands of people flock the old Coney Island Boardwalk to be close with each other and even closer to the ocean; it connects us with one another and in some ways connects us to the world. 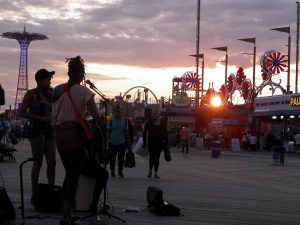 Tune in next week for the next installment, as I introduce you to the historical side of Coney Island.