I’m sure we’ve all heard it mentioned before, the five year plan, the map to our future and achieving our goals; but what does it mean? For me that plan has changed, and changed again over the years but nonetheless I kept persisting, and now I’m almost at the finish line to earning my Bachelors degree. When I started college I wanted to be a detective and go into criminal justice, but that goal changed when I had my daughter. I wasn’t sure what else I was passionate about and I wasn’t sure what career I wanted to stake mine and my daughter’s future on so I just focused on earning a living.

At 23, I decided I wanted more and I set my sights on going back to school to earn at least my Associates Degree. I earned my A.A.S in Business but I wasn’t done, I knew I could achieve more, so again I changed the plan. I came to City Tech where I discovered a major that was geared to my original love, writing, and things took off from there. Now I’m a senior blogger with The Buzz and I’m involved in various programs across campus, and I’m proud of myself for it. Despite having changed my plans over and over, I still managed to find success.

I used to be so hung up on numbers, deadlines and ages when certain things had to be completed by, and it ended up hindering my progress and making me stressed out to the point where I got nothing done. I’ve learned as time goes on that everyone has a different path and a different timeline to getting to where they need to be. Some people finish college in four years but take another three to land a job, some graduate in 6 years but jump right into a career. It’s all relative and everything happens in due time. It’s a difficult concept to embrace, I know, but the sooner you do the better you’ll feel.

By the time I walk across the stage at graduation, I will have started college a decade ago, ten years, and for a long time that embarrassed me beyond belief. I was mortified that it took me so long to get it done and that I couldn’t just stick to it. It took me a while to realize it took me so long because in between all those years of college I was living a life, raising my daughter and working full time, and that’s okay. I’m slowly learning to trust the process, because it’s better to do it, and do it right, than rush through it or force it and fail.

It’s hard to imagine my adult life without college in it because all of my 20s have been spent in college and juggling multiple responsibilities at once. I’m excited though, to finally start building and focusing on a career I’ve worked hard for. I’m nervous about finding the right job and spreading my wings but I’m confident that everything will fall into place when it’s meant to. If I could give one bit of advice to myself back when I was 17 I’d say “take a deep breath and swim.” Swim through the rough seas, and the doubt and trust that the currents are taking you where you need to be.

For a long while in my life I believed you could wish and hope things into existence, that if you hoped and prayed hard enough it would materialize. Unfortunately, several heartbreaks later, I realize that just isn’t how it works because sometimes the universe wrecks your plans before those plans wreck you. You can only follow something, an idea, a person, a habit, so far before the universe tugs you back to where you belong. Despite how badly we want something or someone to be ours, for plans to work out or to be good at something, there are instances in life where the world just says no.

Sometimes though, the threads become frayed and worn and no longer hold the fabric of our lives together, they get snagged as we turn corners, they require constant mending and take our energy, and our minds, away from the path we deserve to be on. The hardest thing I’ve had to acknowledge in my adult life was the reality that the universe had to intervene because I myself didn’t have the strength to. Maybe the habit of holding on too long is buried deep within me, in a place I haven’t yet reached, but in my life, I’ve done it too often until the world sends me glaring and painful signs I need to put myself first and I can’t grow and succeed if my life choices are centered around someone else.

Maybe it’s the fear that I’ll never find such a meaningful person again that triggers me to hold on long after I need to, or maybe it’s the fact that I miss who the person was and can’t accept who they are. Whatever the reason, I have yet to realize it, but I have realized the fact that eventually the world says “no more” and you are forced to face down some of your worst fears or demons that you’ve spent time running from. In retrospect, I have survived every one of these instances in my life despite believing I’d never be able to at the time. I survived, and the idea of “never being the same” is partly true, I wasn’t. I had to change each and every time life had to shake something out of my stubborn hands. The changes aren’t all bad though, it gave me valuable insight I was able to use in my own life and in those of the people who I love. Maybe life gives us wisdom not only for our own well-being, but to help those around us.

I’m not quite sure what possess my stubborn self to repeatedly go back to things that have stung me, maybe it’s a desire to conquer things that hurt me, maybe it’s the hope that whatever it is will realize it was wrong for causing me pain and make amends. I’ve never gotten the answer though, and I’m not sure I ever will. At the end of the day though these things have helped define me, inspire me and catapult me into the next phase of my life, whether I’m ready or not.

You are told that unless you arrive at a location by 6:00 am on the dot, and not a minute more, your favorite person will be slaughtered. You arrive at 6:01 running in to find a pool of blood and no one in sight. Is it your fault? 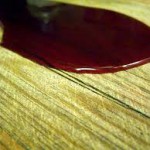 I know the scenario is dramatic, but timing can be sensitive. I’ve had my times where I double booked, cut things close, or arrived late due to outside sources. How ever, I still consider it my fault. Maybe blogging can help me outline some problems. There must be a way to assure timing. Let’s see…

QUESTIONS TO THE AUDIENCE: how do you stay on time/ early? | How does it make you feel when someone tell you news in an untimely fashion? | As an employer how do you feel about lateness and absences?

5 Steps to Start A Business

7 Steps to Run a Marathon

8 Steps Towards a Happy Life