You send a message to a friend, eagerly awaiting a reply. Hours go by and you don’t hear any word from him, until later in the day when you see him in person. He doesn’t bring it up, and this forces you to ask, “Did you get my message?” to which he responds, “What message?”

With instant messaging apps like Messenger and WhatsApp, a message typically goes through three stages while traveling from sender to recipient: sent, delivered, and read. In this scenario, the problem could have occurred at any of these stages. Maybe you were in a tunnel on the train and the message never sent because you lost signal. Maybe it was never delivered because your friend’s phone was on airplane mode. Or maybe it was never read because he overlooked a notification, or did not have his phone close by.

Communication, whether inside or outside the digital world, is complicated. The more steps there are between you and your recipient, the more garbled your message can become—just like a classic game of “Telephone.” It starts with a thought, and depending on your articulation skills (or the lack thereof, as many of us would readily admit), your own mouth might betray you. How many times have you said, “In my head it sounded right, but it didn’t come out how I wanted it to”? Furthermore, the words you deliver have to go through the eyes or ears of your recipient, and they will often be interpreted according to that person’s bias, preconceived notions, hearing, mood, etc.

I have learned the hard way that intention is not enough when it comes to effective communication. “Meaning well” does not always guarantee that the person you are talking to will understand you. I doubt technology will ever equip us with the means to read each other’s minds, but we can take measures to prevent painful or awkward errors in communication. What are some things you can do before expressing a thought, or responding to someone else’s?

One step that works 99% of the time is to pause. (It’s interesting how people tend to use the word “pause” only in the humorous way, to bring attention to provocative innuendo or double entendre.) Pausing is an important part of any conversation, not just for dramatic or comedic effect. Pause before you say something (so you can think it through first), after you say something (so you can consider the gravity or validity of what you just said), and definitely before responding to someone else. If it’s a text message, proofread before you send your own, and reread the other person’s message a few times.

Pausing before responding to someone else is one way you can ensure you are using logic, rather than emotion or whim, to formulate an answer. My fiancé Angel’s brother, Andre, said something once that stuck with me. To paraphrase: “When someone says something to you that triggers your emotions, the closer to home it hits, the longer you should wait before responding.” In the same vein, Angel likes to remind me that “emotions are indicators, not dictators.” They can make you aware of how something has affected you, but they do not have to influence or determine your decisions. Letting them air out for even a few seconds can keep you from lashing out or saying things you don’t really mean. In this way you can “respond” rather than “react” (another point Angel likes to make).

Another important thing to go along with pausing is to put yourself in the other person’s shoes. If you know someone well enough, you can read a text message in his/her tone of voice, and this might help you contextualize whatever he/she said. The words “I can’t stand you” in a text message might initially be a slap in the face, unless you recall that your friend tends to say this all the time in a joking manner towards the people he/she loves. On the other hand, your friend might have genuinely meant it in a serious, irritated tone; if so, instead of flaring up and getting offended, ask yourself, “What might he be going through right now?” or “What did I do to make her upset?” If the answer is “nothing,” then “don’t take it personally” is valid advice because, nine times out of ten, you are not the problem; the person has acted out for reasons that have very little to do with you. You do not have to excuse or justify the person’s behavior, but you can choose not to make it about you; be gentle, understanding, and proceed with caution.

Here are some other tips which I hope you find helpful, especially when it comes to texting:

Overall, weigh your words because they hold a lot of power, whether they are spoken, written, or typed. If disposing of words as freely as the air you breathe has never gotten you into conflict, then by all means, do what works for you; but for those of us who have been on either end of a misunderstanding, being more careful about how we verbalize our views can save a lot of trouble.

As an afterschool teacher, I taught my 4:5th grade students to importance of generosity, empathy, and thankfulness during the fall and winter months.  Although it is a struggle to get them to learn tolerance and that there are various forms of bullying to withhold from, they seen to be getting the charitable concept.

We will be doing a play, written and directed by me, this week on 18th of December to show the thankfulness and charity of the holiday season. I will edit this blog to add images of the performance. Here are some images leading up to this point, as far as prep and learning concepts. 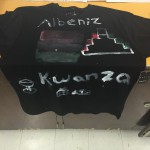 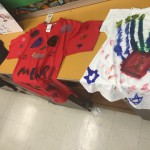 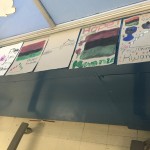 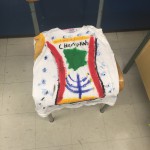 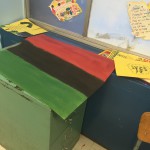 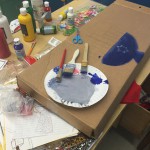 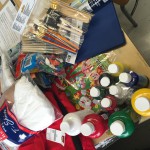 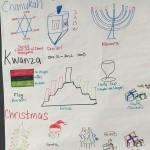 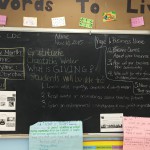 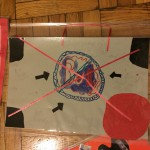 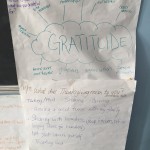 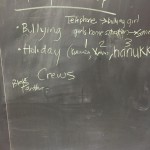 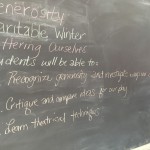 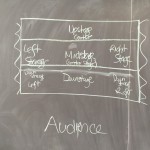 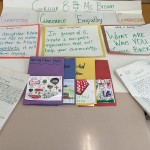 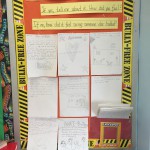 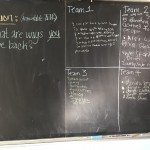 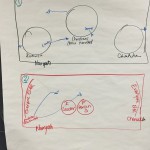 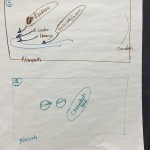 Share what you are doing that’s charitable this winter. And check out Vive Entertainment Enterprises @vive_ent they are hosting a homeless clothing drive.

Hope to see you guys next semester.