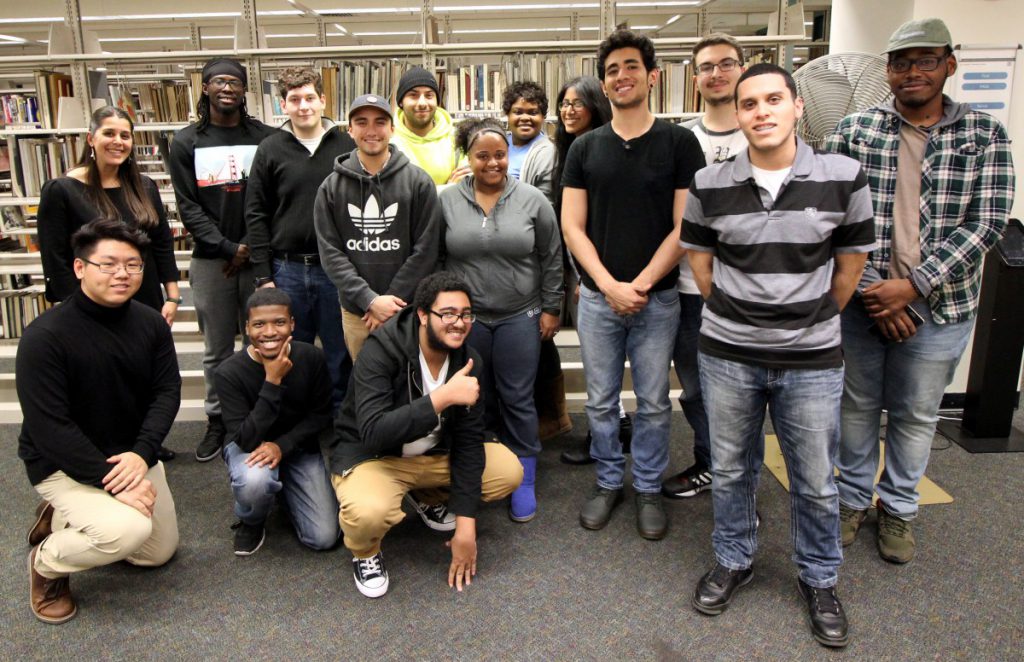 On Thursday, December 1, 2016, Prof. Jill Belli held an ENG 2420, Science Fiction class session in the Atrium 543 Archives Classroom for a special introduction of the City Tech Science Fiction Collection to her students. Prof. Keith Muchowski coordinated with Prof. Belli to arrange the visit. Prof. Belli’s class is the first to officially visit and use the City Tech Science Fiction Collection as part of a class discussion. Prof. Jason W. Ellis pulled materials from the collection based on student interests for students to use during an in-class exercise, gave an oral history presentation on how the collection came to be at City Tech, and gave several mini-tours of the collection to groups of four students at a time (this permits students to browse the collection without overcrowding in the archive and makes it easy for the tour guide to respond to questions and talk with the students). One of Prof. Belli’s students exclaimed, “This is a MAGAZINE??!!” Students were able to hold, read, and discuss the magazines with one another. Prof. Belli and Prof. Ellis responded to their questions about the different magazines in the collection, issues with publication and preservation, the magazines’ contents (stories, editorials, letters, advertisements), and the magazines’ smells. When class was over, no one seemed to want to leave! 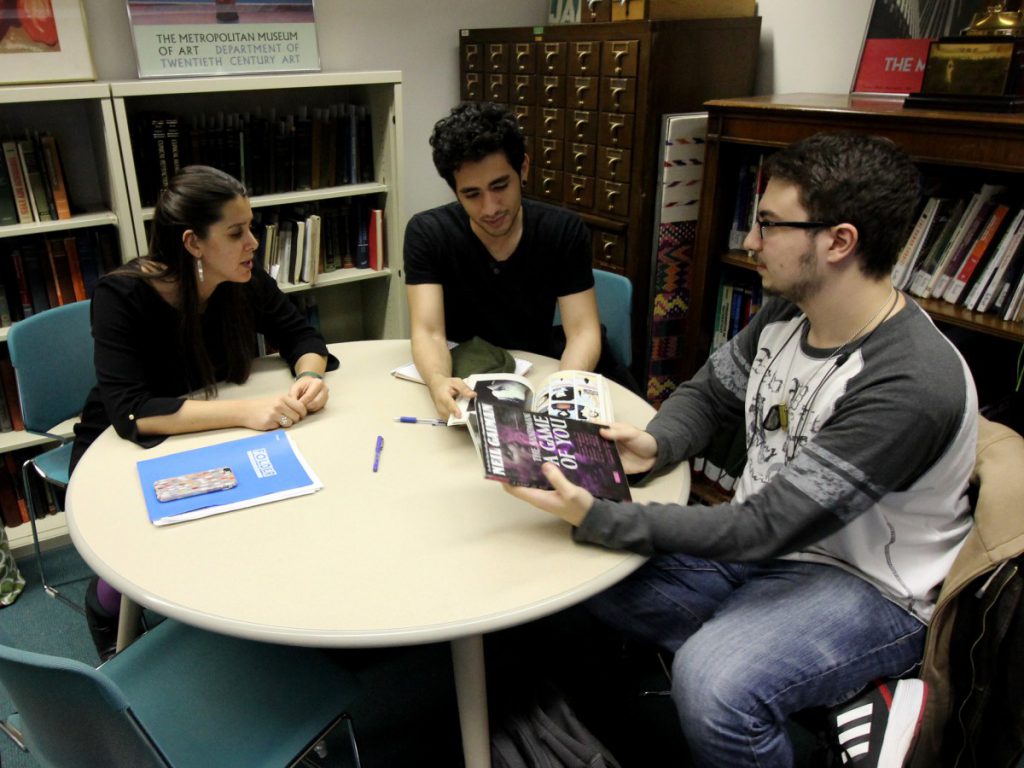 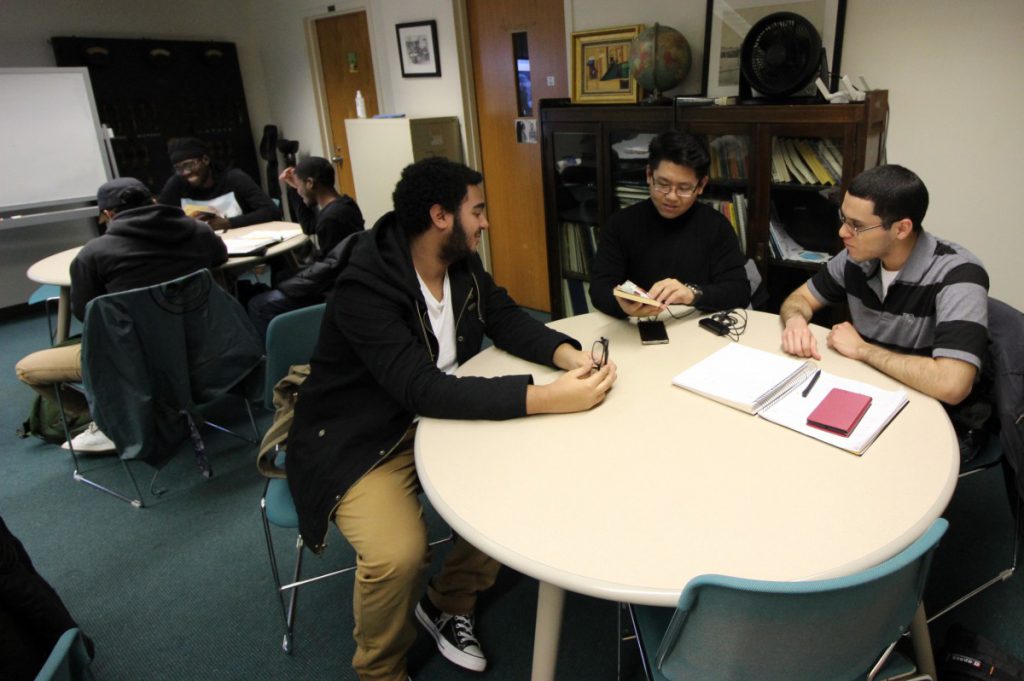 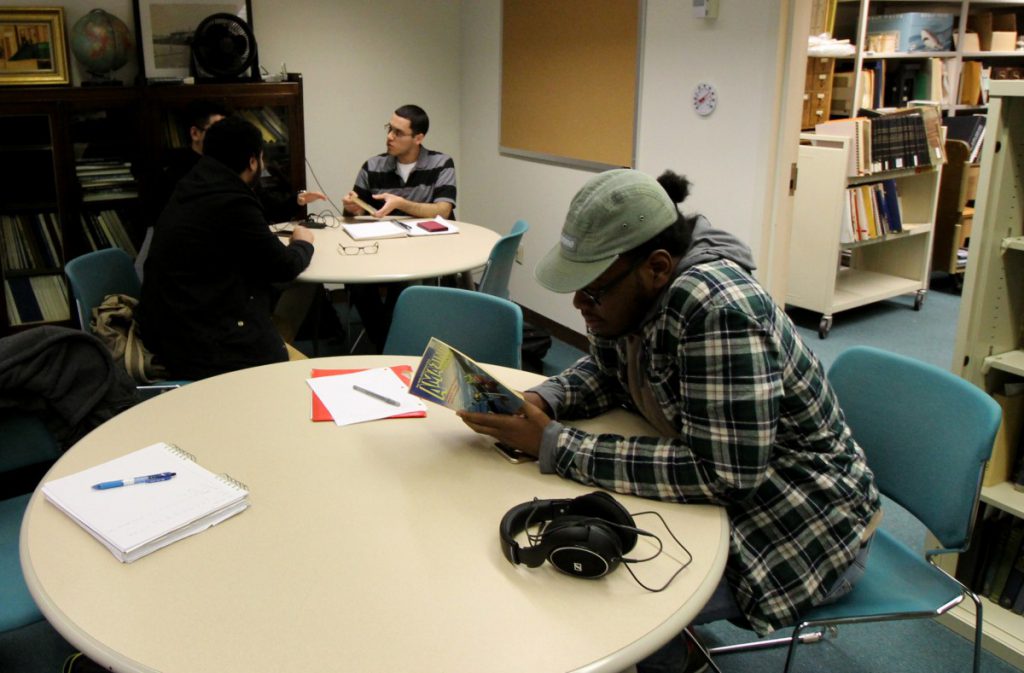 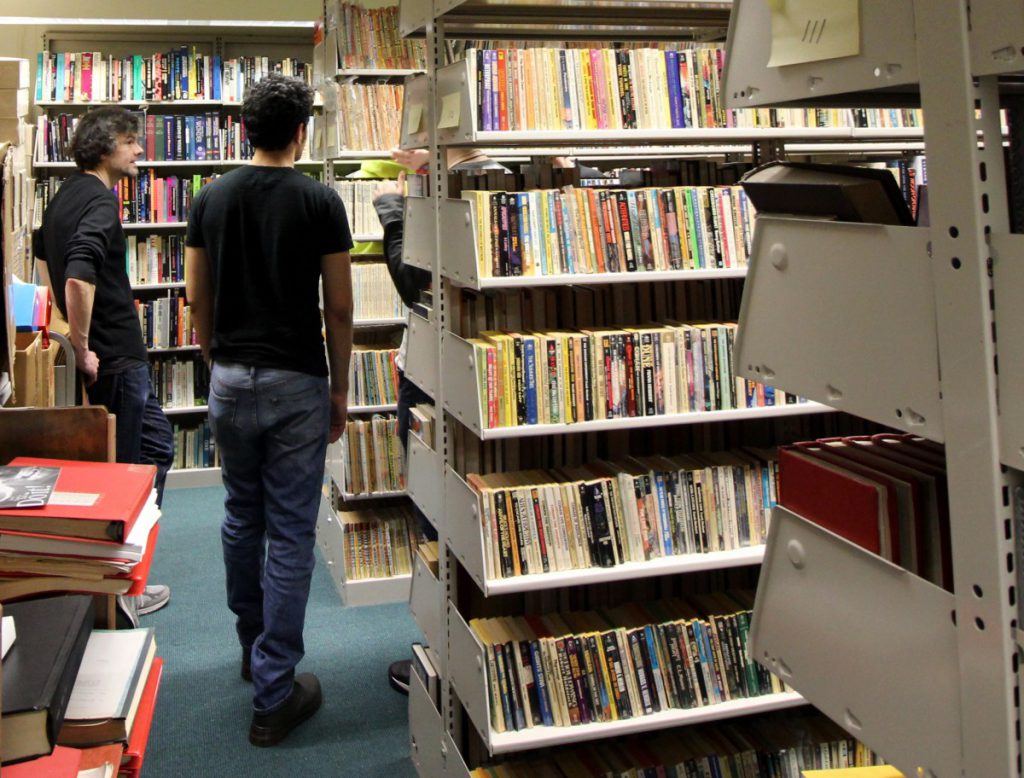 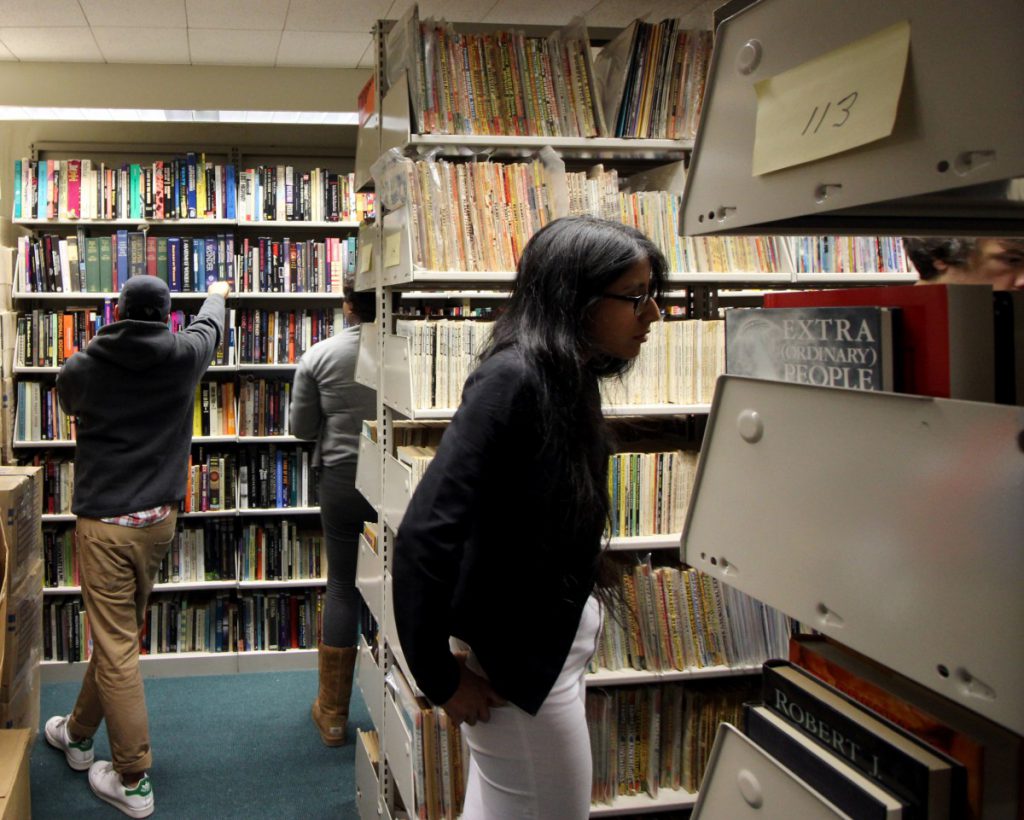 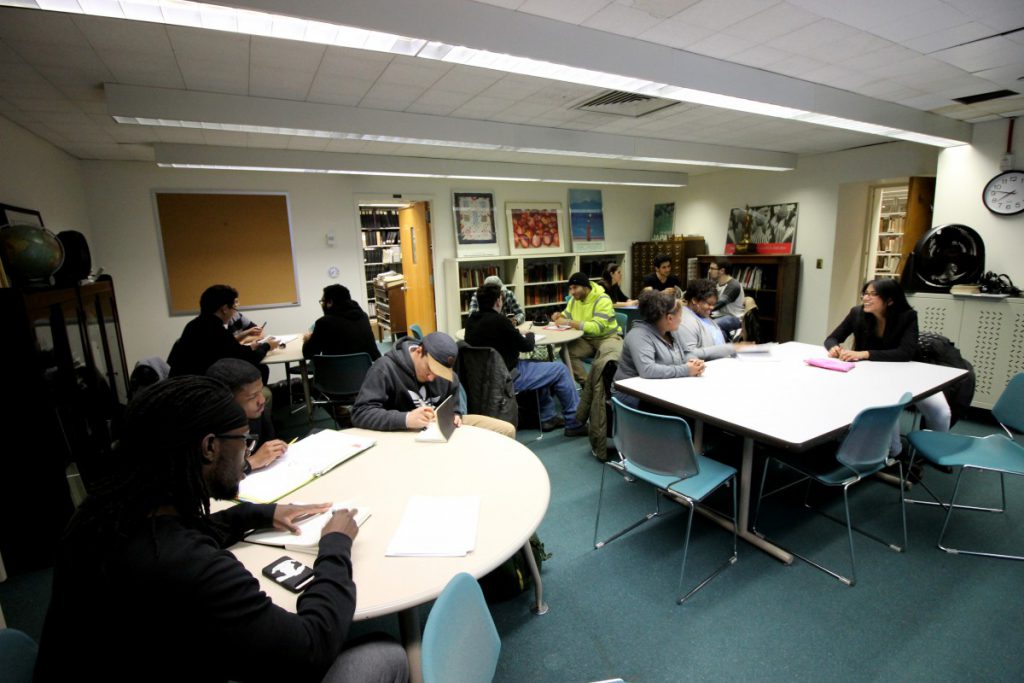 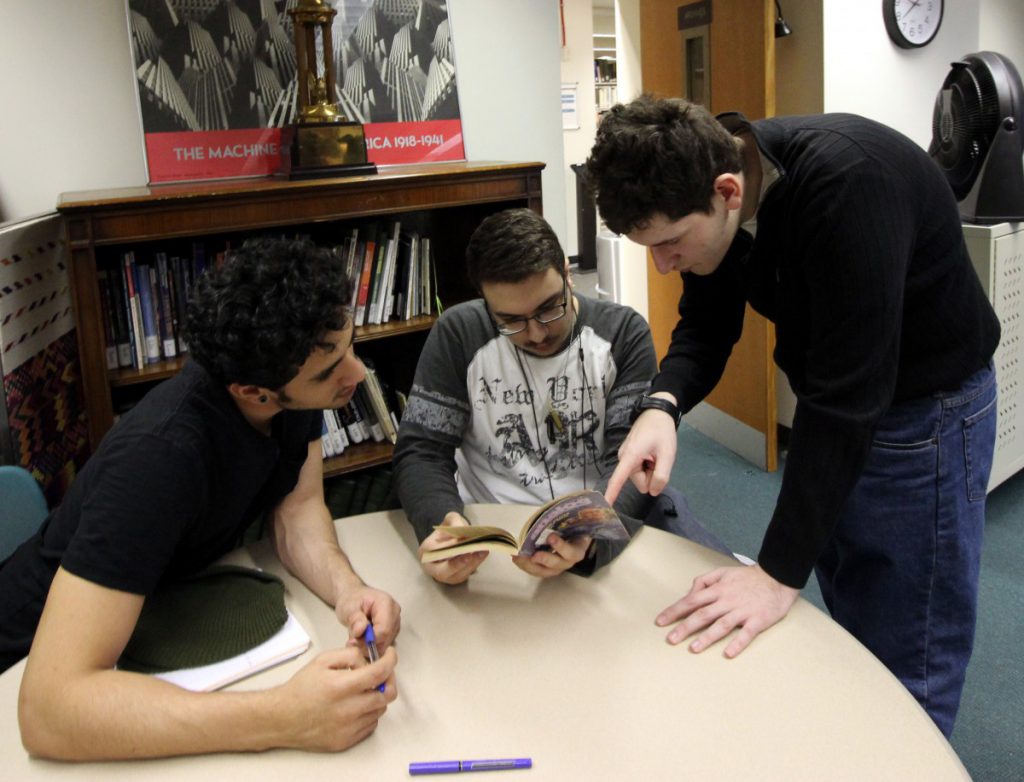 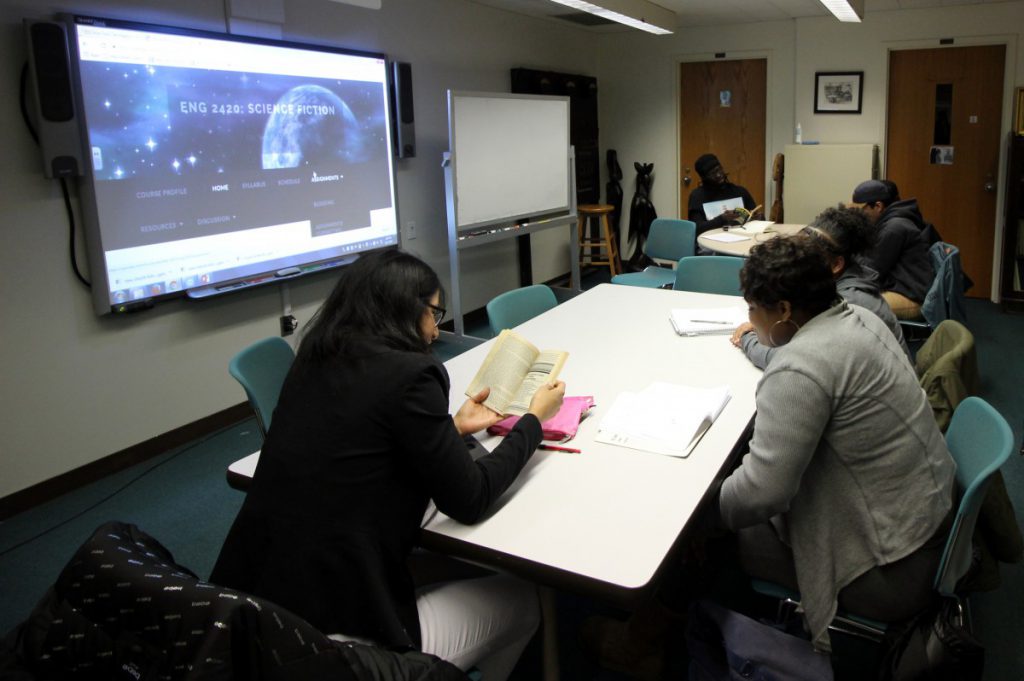 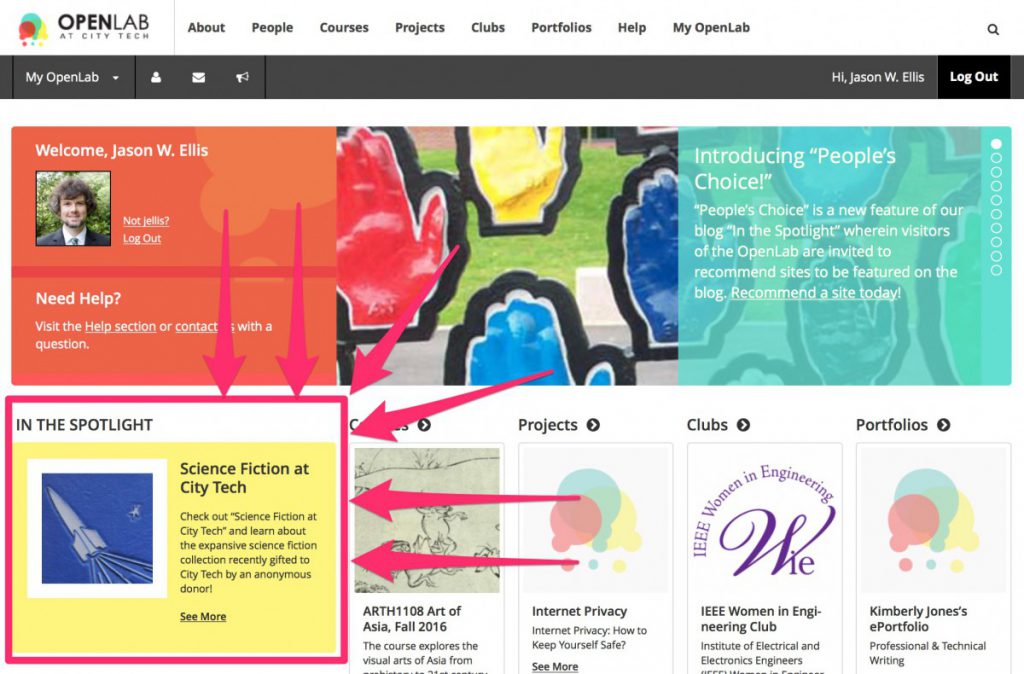 Thanks for adding “Science Fiction at City Tech” to “In the Spotlight” in December 2016, OpenLab folks! You guys build great tools for us to do the work that we do at City Tech!

On Friday, Dec. 9, 2016, Prof. Jason Ellis recorded video footage of the archival space that houses the City Tech Science Fiction Collection. Over the following weekend, he wrote a script describing the video footage, and recorded a voice over for the video footage based on the script. Using Apple’s iMovie, he added titles to the video footage and uploaded the rendered video file to YouTube. You can watch the video embedded below. 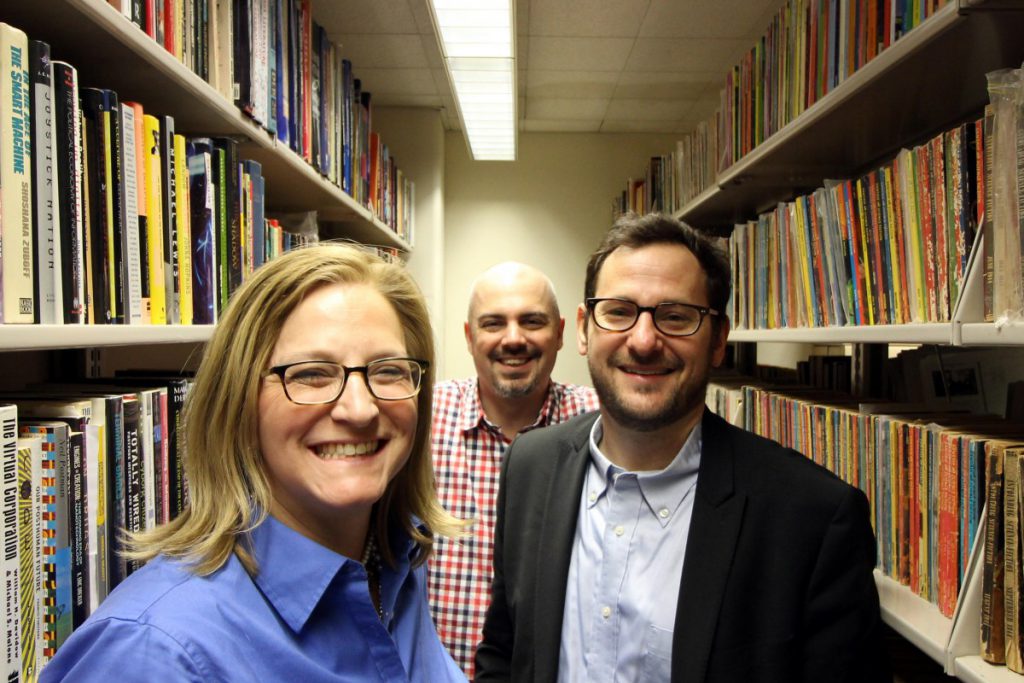 On Thursday, December 8, Dr. Lisa Rhody, Deputy Director of Digital Initiatives at the CUNY Graduate Center, and Dr. Matt Gold, Associate Professor of English and Digital Humanities at the CUNY Graduate Center, visited City Tech to find out about its digital initiatives and related projects, including OpenLab, Serious Change Through Play, and the City Tech Science Fiction Collection.

Prof. Jason Ellis met them and Prof. Patrick Corbett at the City Tech Library to show them the current City Tech Science Fiction Collection exhibit and to give them a tour of the collection in the library’s archives. They discussed strategies for using the collection and opportunities for its further development. 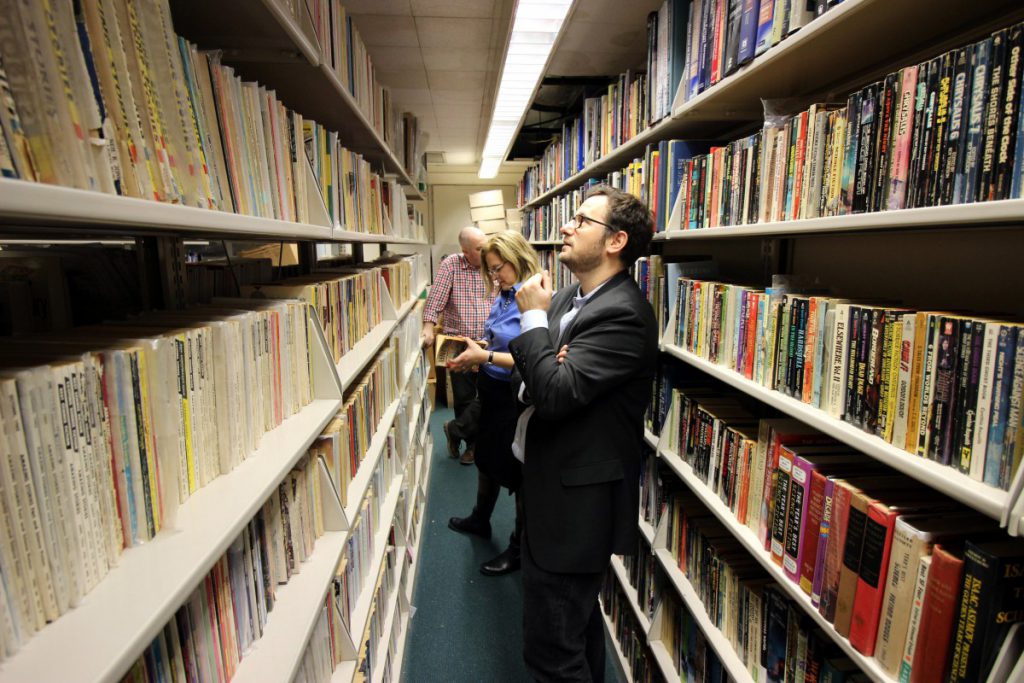 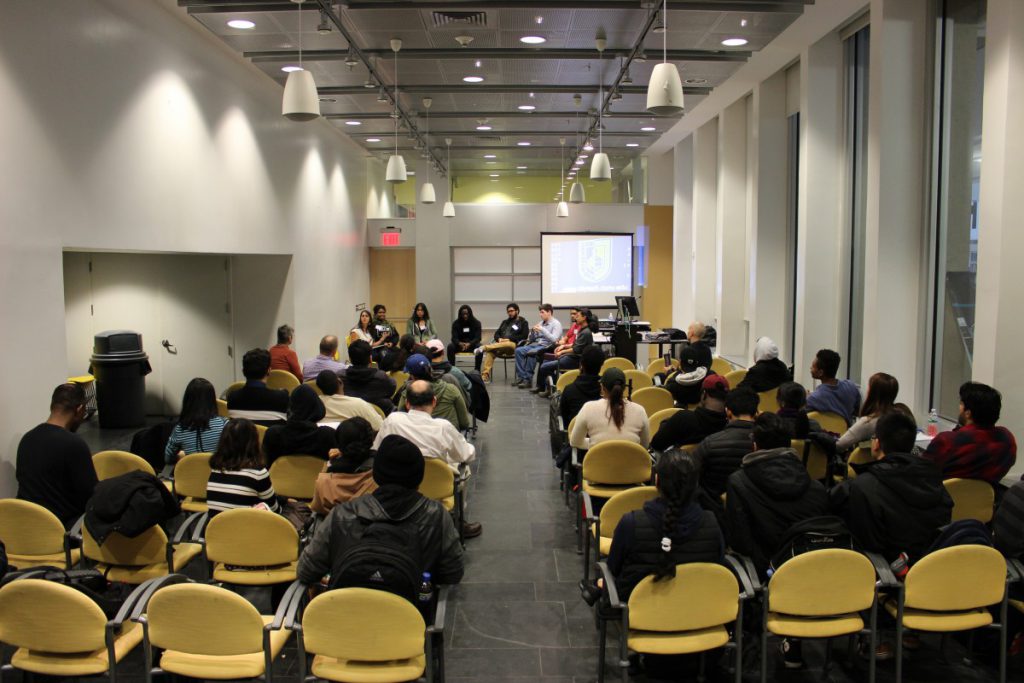 On Tuesday, November 29, over 70 attendees and presenters gathered at City Tech to celebrate the new City Tech Science Fiction Collection and discuss the importance of science fiction as a method for understanding the effect of science and technology on humanity, a pedagogical tool in writing, history, and interdisciplinary learning environments, and a medium for understanding our place in the world, imagining different possible worlds, and conceptualizing new paths forward–including career paths. In addition to presenters from City Tech, there were speakers from City University of New York, Columbia University, Winthrop Group, Yale University, and York College. Very importantly, the City Tech Science Fiction Collection’s initiator and former City Tech professor, Alan Lovegreen flew out from California where he now teaches at Orange Coast College. A roundtable of City Tech students closed out the presentation portion of the symposium, and we ended the day with a presentation on the acquisition of the City Tech Science Fiction Collection and a tour of the archives. It was a full day of conversation, learning, and sharing. Its success points the way toward the next symposium to be held next year. Last but not least, the Symposium on Amazing Stories Organizing Committee–Profs. Jason W. Ellis (chair), Aaron Barlow, Jill Belli, and Mary Nilles wish to thank everyone who took part in the symposium and the many people–administrators, colleagues, and students–who made the event such an enjoyable and meaningful event! 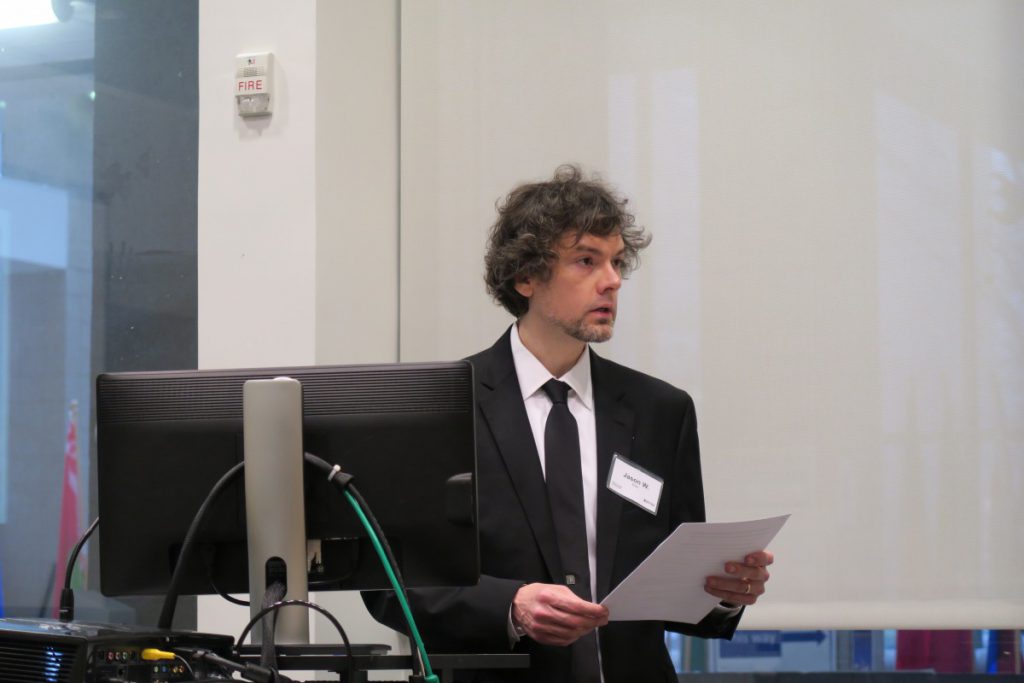 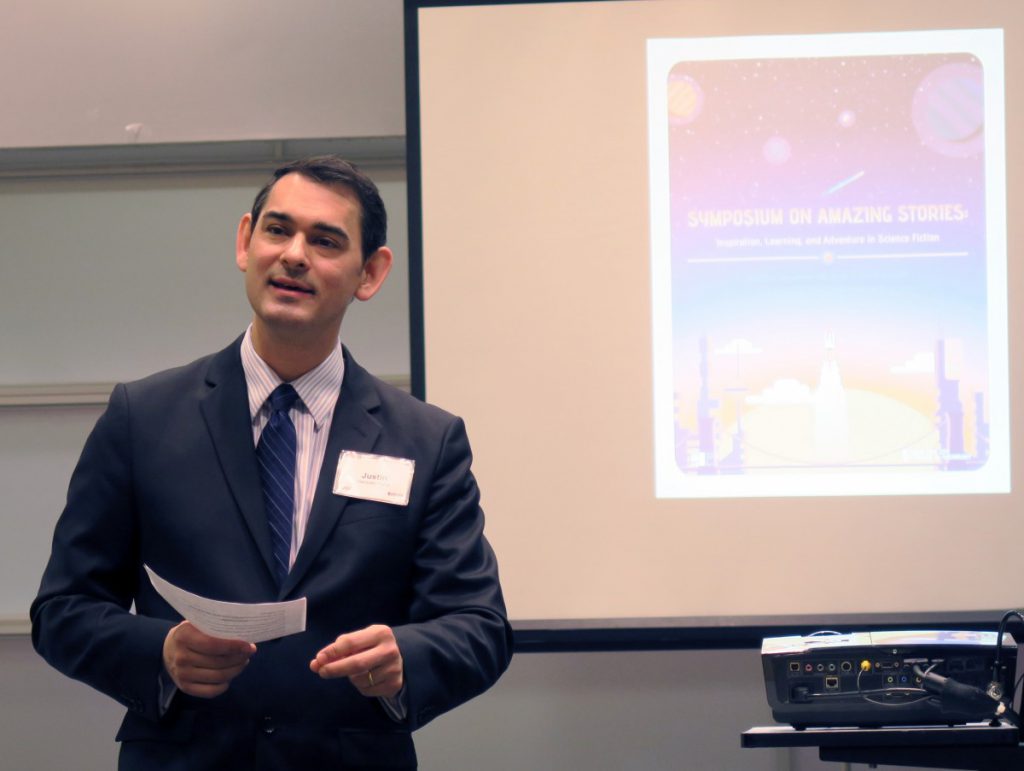 Dean of School of Arts and Sciences Justin Vazquez-Poritz opening the symposium. Photo by Sean Scanlan. 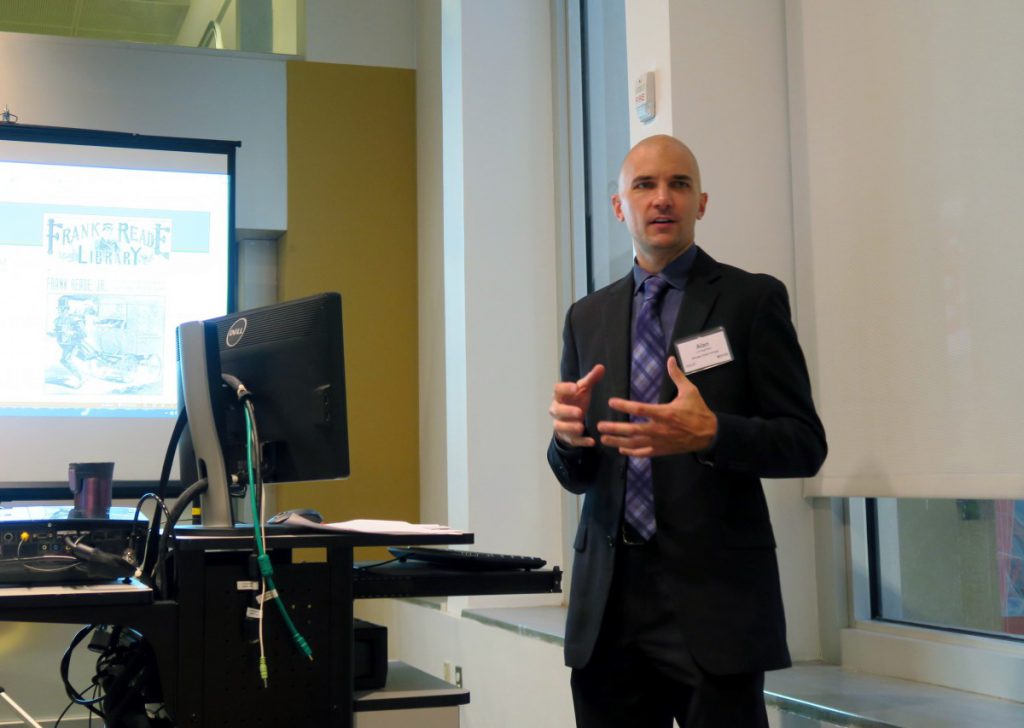 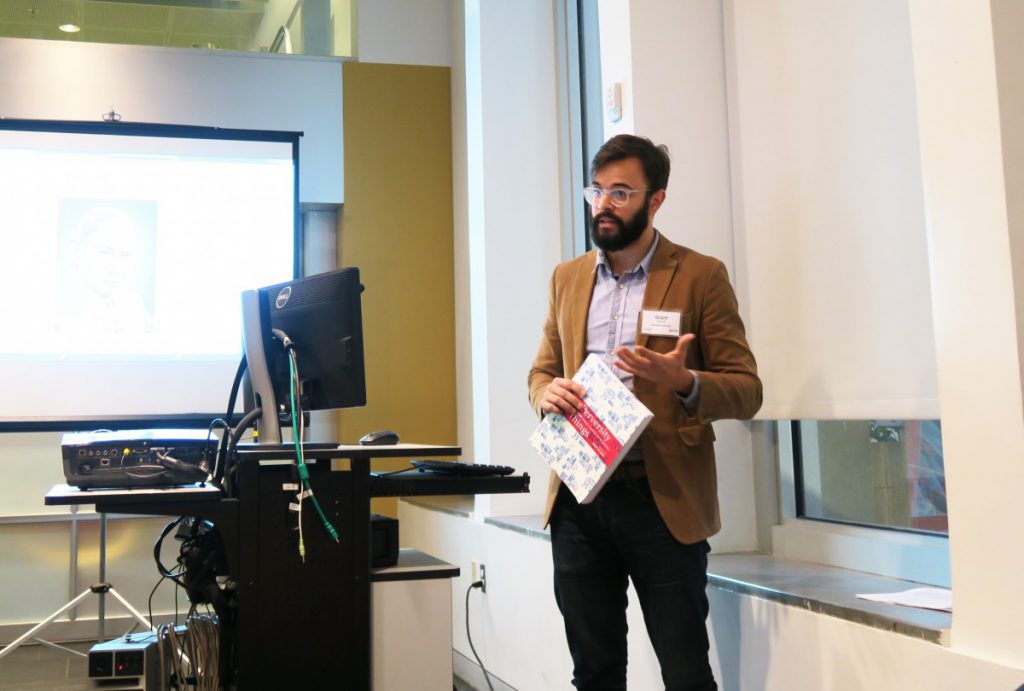 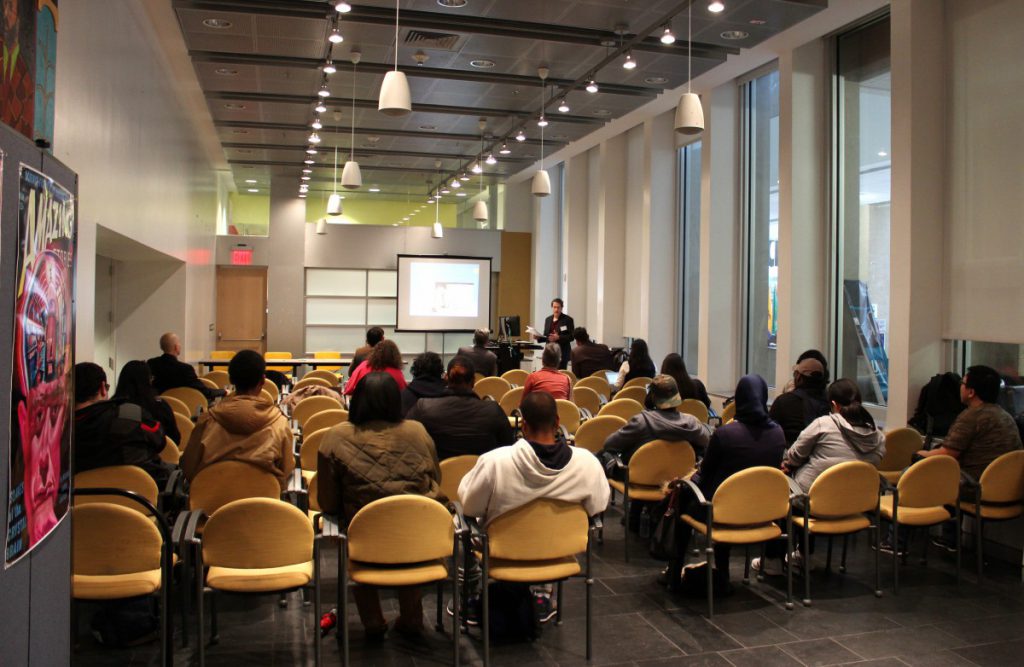 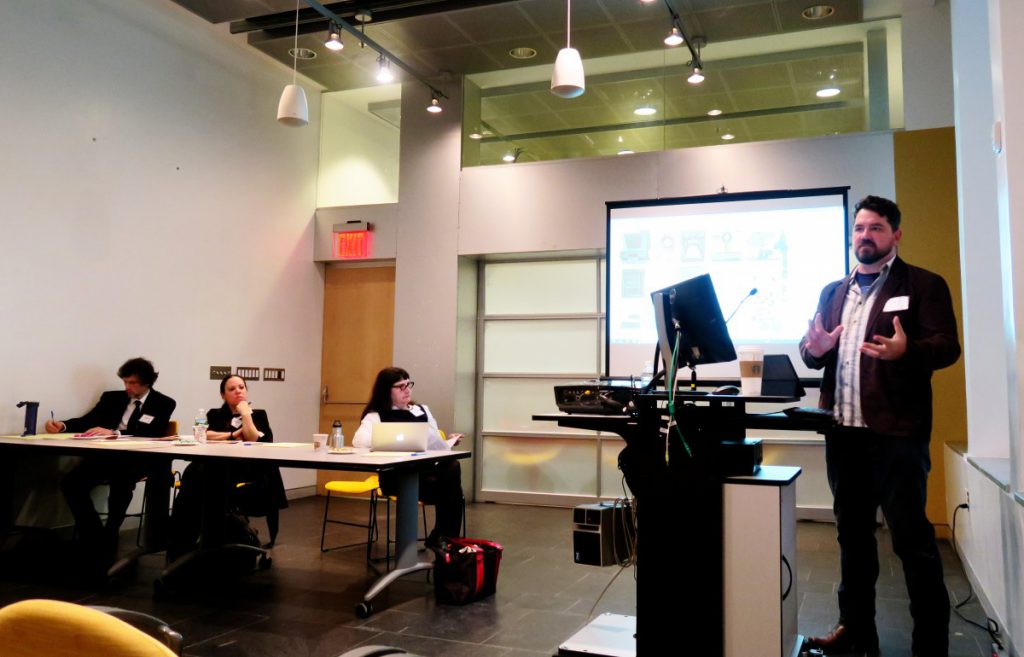 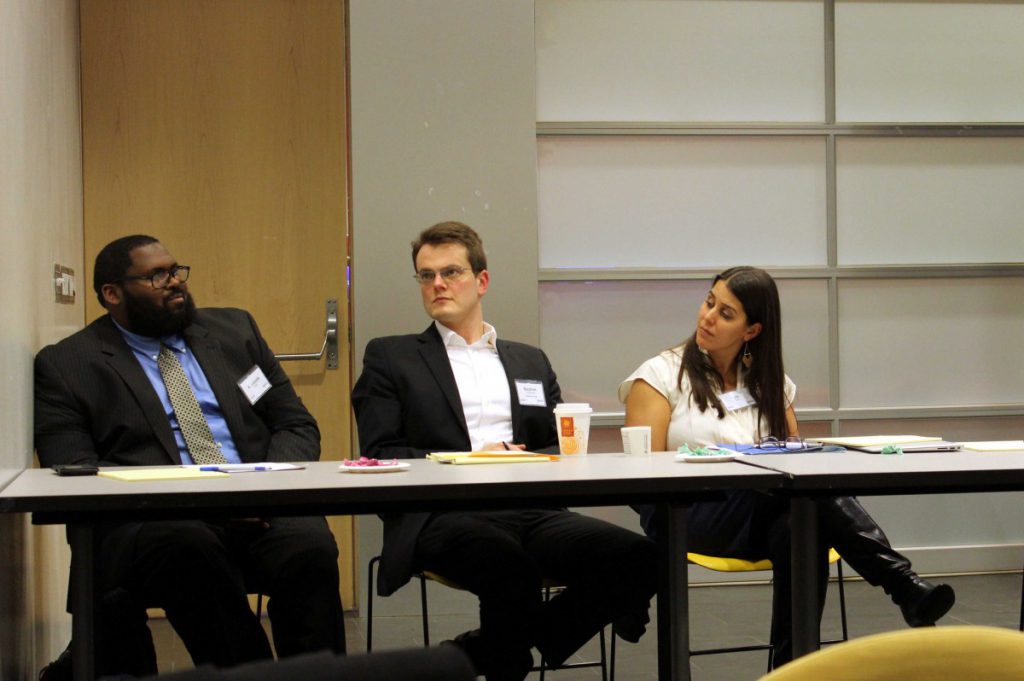 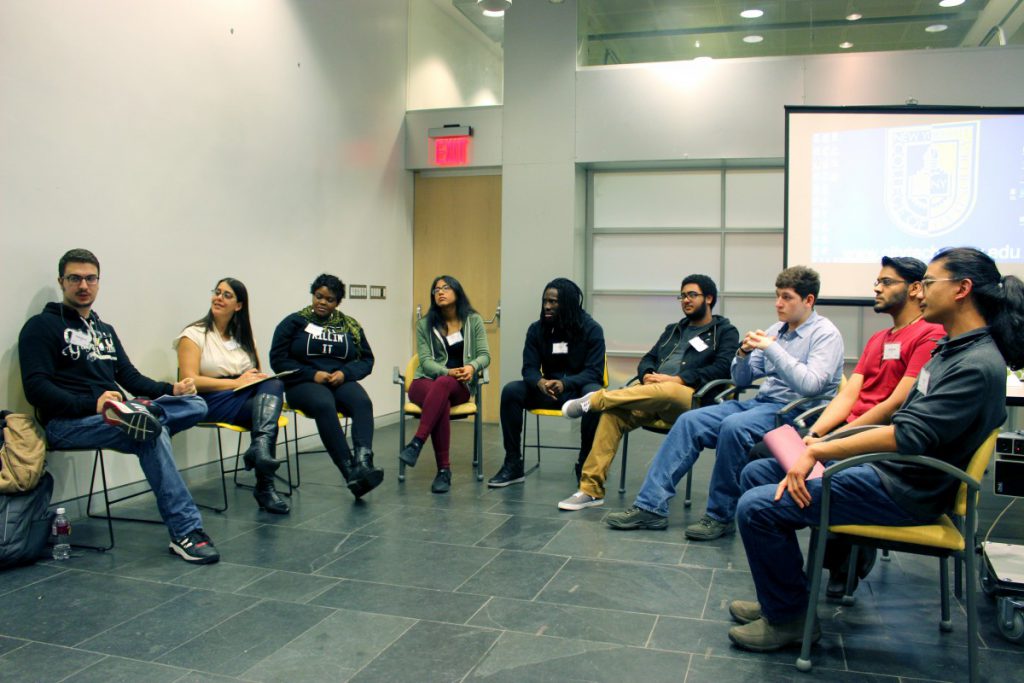 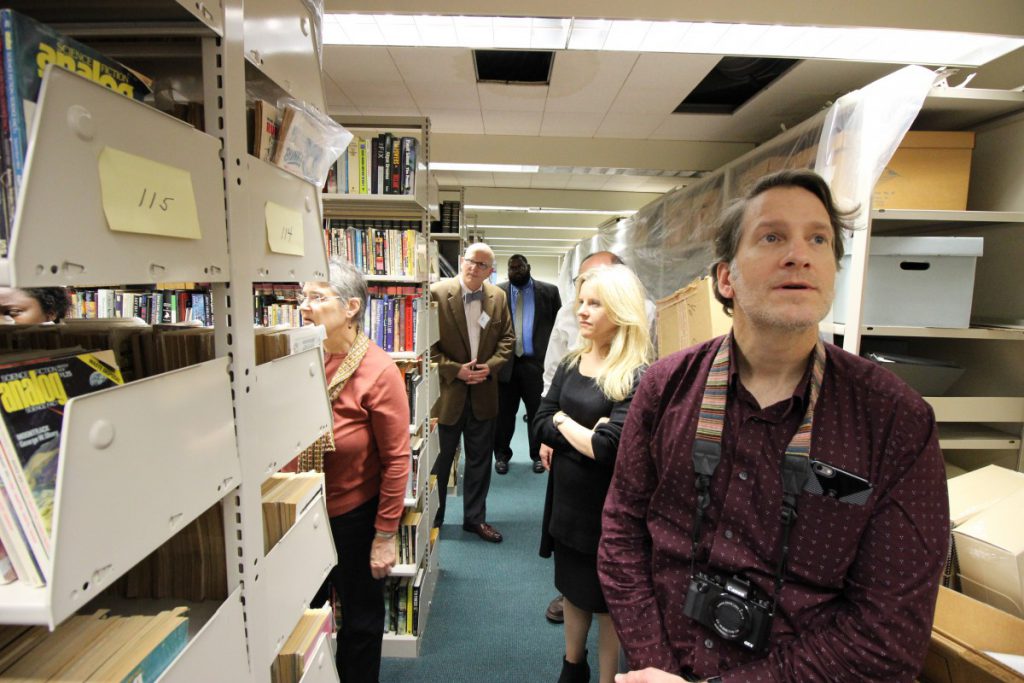 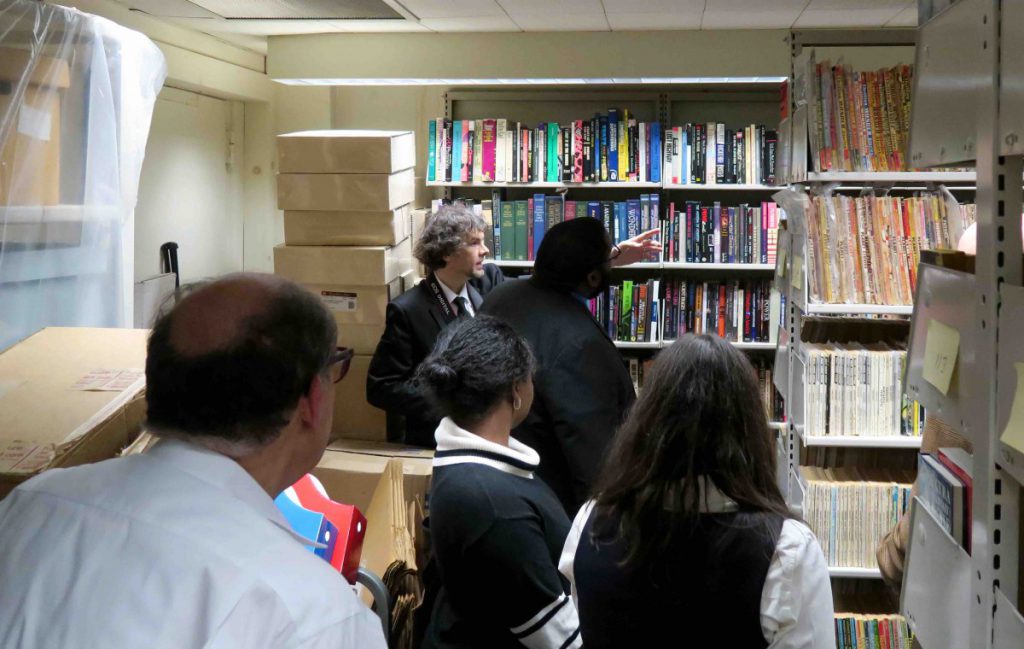 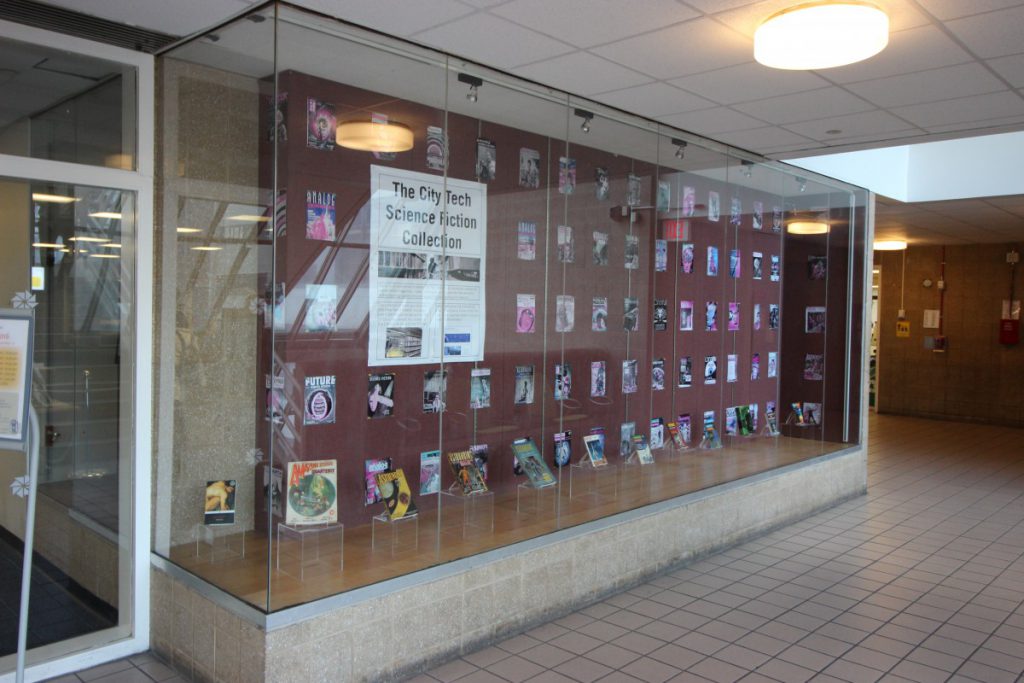 Prof. Jason Ellis installed a magazine cover and science fiction artifact exhibit in the front window space of the City Tech Library. He took photos of magazine covers that related to the historical and current work represented by the schools and departments on campus. Then, he compiled these into large collages (standardizing each cover to be 9.5″ tall), which Dean of the School of Arts and Sciences Justin Vazquez-Poritz had printed. Prof. Ellis cut the magazine covers out of the collages, and with the help of masonry guide lines, hung nearly 70 magazine cover prints on the exhibit space wall with pushpins. He created the large poster to the left side of the exhibit to describe the collection. In the front of the exhibit space, Prof. Ellis displayed a historical selection of artifacts–magazines from the collection (Amazing Stories, Astounding, Galaxy, and The Magazine of Fantasy and Science Fiction) and novels/collections from his personal collection (Shelley’s Frankenstein, Ellison’s Dangerous Visions, Sargent’s Women of Wonder, and Sterling’s Mirrorshades). The exhibit will run from the last week of November 2016 until the end of the semester.