In Susan Sniader Lanser’s groundbreaking study, Fictions of Authority: Women Writers and Narrative Voice, Lanser argues that social pressures not only constrained the content of the narrative but the narration style itself. Early in her book, Lanser includes a letter that showcases one writer’s solution to the limitations she found in writing negatively about her marriage. When I read this letter and Lanser’s analysis of it, I wonder what techniques Charlotte Perkins Gilman employed to convey a positive message about the narrator’s feelings about her husband while also conveying something much different to a more tuned-in reader. Let’s read the letter on pages 9-11 of Fictions of Authority and leave any comments here–your reactions, thoughts on the letter or how it illuminates the way you read any of the short stories assigned so far this semester, etc.

From “The Yellow Wallpaper” by C.P. Gillman. “One of the most sprawling flamboyant patterns committing every artistic sin.” (second page)

In this passage, the narrator is describing the wallpaper that she encountered in the nursery room, where she was going to be sleeping in. She didnt like the aspect of the wallpaper, nor the design. To her, it was strikingly brilliant in a negative way, not a good brilliant.

Martha Hale, an antagonist in “A jury of her peers”, is more humane to protagonist Minnie Foster.  Mrs. Hale and Mrs. Peter could understand and feel the whole situation that Mrs. Wright was going through. They even tried to hide the evidence that might lead to full conviction of Mr. Wright’s murder.  They found out that the bird was killed and wrapped in a silk inside a box, but they did not notify it to county attorney Mr. Henderson. They both were nervous when Mr. Henderson and Mr. Peter walked in from outside. ““Well that’s very interesting, I’m sure,” he said tolerantly. He caught sight of the bird-cage. “Has the bird flown?” “We think the cat got it,” said Mrs. Hale in a voice curiously even.”

Martha Hale regrets that she was not able to visit Mrs. Wright during the year and she felt that she could be of some help in preventing such incident. She was very busy and even worried about her own things at home.  She was very active lady never want to leave anything unfinished.  She knew that Mrs. Wright could not cope with the life as a housewife.  Mrs. Wright was gregarious and ostentatious when she was young.

Mrs. Hale asked Mrs. Peter to take a cherry bottled and let her know that everything is perfectly alright at home. Mrs. Peter even agreed to take the quilt with her in order that Mrs. Wright might keep her mind busy on this quilt while in jail.

On the other hand,  in “The story of an hour”, Mrs. Mallard died due to the surprise she got on her poor heart that was weak from the beginning. She was committing an invisible crime that no one could see. She was feeling all the freedom after she heard the news of her husband’s death.

In both the stories, “The story of an hour” and “A jury of her peers”, women endure dare situations with men under different circumstances.  Both the stories share a woman’s feeling and their adaptation to different situations and they are more vulnerable.

birdcage with broken hinge on its door

her behavior when Mr. Hale visits

quilted in a messy way

husband killed the bird–hated it for some reason?

Someone, presumably Mrs. Wright, took care to wrap the bird in silk and put it in a pretty box

Someone put the birdcage away

Mr. Wright was strangled with a rope

Or thought of a different way: 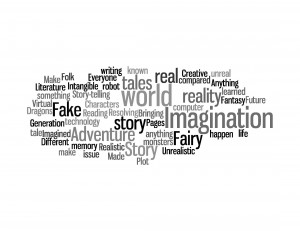