Brooklyn, now home to more than 2 million people, has become one of the most significant places in New York City. A borough that was once not greatly recognized, has evolved immensely in the last few decades. Brooklyn’s uniqueness has been led up to because of its gentrification. Streets filled with artwork has captured the eyes of many people all over the world. The different kinds of people and culture here has influenced the rest of America’s culture through art, music, and film. 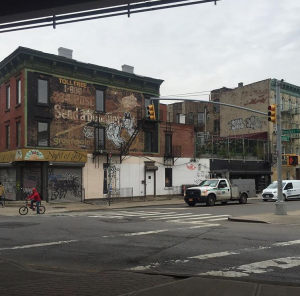 Williamsburg, a neighborhood located on the waterfront of Brooklyn that borders Greenpoint, Bushwick, and Bedford-Stuyvesant has a vibe people will only learn after visiting it. Unlike any other neighborhood in New York City, Williamsburg is known as being hip from its trendy restaurants, bars, boutiques, and art galleries. Walk the streets and take in the scenery. Learn the lifestyle and the culture people here take on. 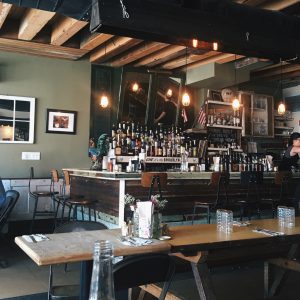 Right by the L train at the stop Bedford-Avenue is Sweet Chick, a restaurant that serves American cuisine. First opened in 2013, Sweet Chick has become popular for its famous dish chicken and waffles. While there are many different options to choose from, you can get their famous fried chicken and waffles for dinner (17 U.S dollars) with a delicious side of mac and cheese (9 U.S dollars). Sweet Chick allows people to learn the culture Williamsburg exhibits through its American food options. 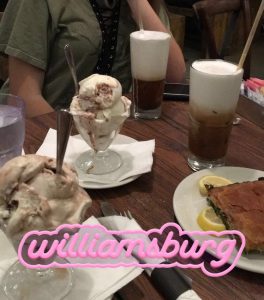 About a 10 minute walk from Sweet Chick is Martha’s Country Bakery located on Bedford Avenue in between Metropolitan Avenue and 1st street. At Martha’s, you will find that there are many different options of American baked goods. Yet another restaurant that represents American food. A very chill and warm atmosphere will hit the spot for a nice dessert with some friends after dinner. Cookies, cakes, cupcakes, pies, brownies, gelatos and more are some of the sweets to choose from. A red velvet cheesecake slice with a frappe to drink is a great choice to get that goes for about 10 dollars. 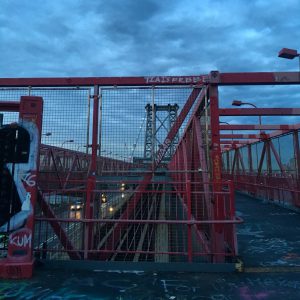 The Williamsburg Bridge opened in the early 20th century connects the Williamsburg neighborhood and the Lower East Side in the borough of Manhattan. A 5 minute walk from Martha’s, get on the bridge and walk on it for some time. Graffiti is spread out through most of the bridge. Motivational quotes and art work will make the activity enjoyable. A view of Brooklyn, Manhattan, and the East River will make it all worth it. 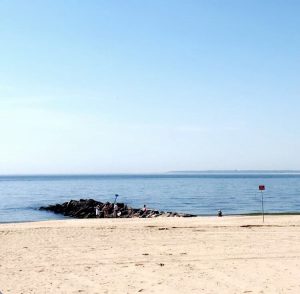 Get some sun at the Coney Island beach by taking the N or Q train to the Coney Island-Stillwell Avenue Station. Luckily city beaches are free and there are no fees to be on them. Bring a volleyball to play some beach volleyball with friends. Swim in the water and then soak up the sun when laying out to get dried. You are more than welcome to bring any snacks and beverages in the meantime before it’s lunch time.

After a few hours in the sun, cooling it down at Paul’s Daughter, a bar food restaurant will satisfy you with some tasty lunch. Right on the boardwalk, behind Coney Island’s beach you can sit down and have a cold soda with sausage sandwiches or pizza or even fried chicken fingers. Sit back, relax and watch people bike and walk the boardwalk. 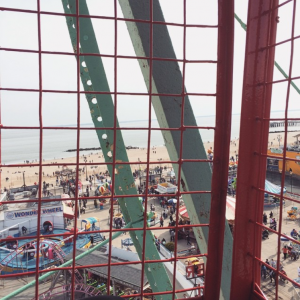 Many tourists from all around the world come to New York to visit its famous amusement park Luna Park. Fun rides and activities for everyone to come enjoy. Just right next to Paul’s Daughter, enter the park to enjoy some rides. Opened in 2010, this has become Brooklyn’s amusement destination. If your lunch has settled, make sure to ride on the Wonder Wheel (8 U.S dollars) for a view of the whole park, beach, and boardwalk. If you are up for more rides, the Cyclone (10 U.S dollars) and Electro Spin (7 U.S dollars) are more thrilling. Tickets are available at the booths for anyone to ride. 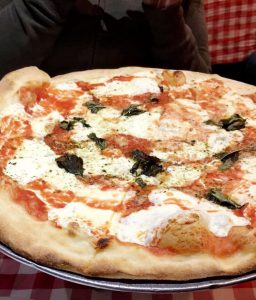 Grimaldi’s brick oven pizzeria under the Brooklyn Bridge has authentic pizza that only uses coal-fired ovens. Since the early 90’s, Grimaldi’s has successfully satisfied New Yorkers and tourists with its exquisite cuisine. Millions of Italians beginning in the early 20th century came to New York and spread its culture. In all boroughs Italians have dominated lifestyle. Millions enjoy the fine food served from Italian restaurants and at Grimaldi’s Pizza get a pie for $16.

The Brooklyn Heights Promenade, right above the Brooklyn Bridge Park, also a 15 minute walk away, overlooks Manhattan and the East River. Opened in 1950 to lower the noise of the B.Q.E, people have visited to relax and enjoy the view. It has become a destination for boyfriends to propose to their girlfriends, couples to go on their first dates, and other activities such as jogging, skating, and much more. 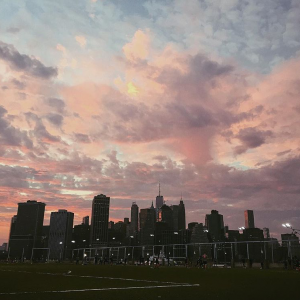 Pier 5 a park on the waterfront of Brooklyn is perfect for riding a bike, having a picnic, or play soccer. This pier is dedicated to having active recreational activities for people. On a summer day it is a beautiful view to spend time with family and friends.

The 9/11 Memorial is located where the Twin Towers used to stand. The memorial honors the victims who were attacked that day. There are two large reflecting pools, each one with a waterfall, that have the names of all those who were killed in the World Trade Center, the Pentagon, the flight attacked by terrorists, and the 1993 terror attacks.

What did you like/dislike about our site visit to The Park Lane?

I really liked the tour at the Park Lane hotel. My classmates and I had the opportunity to see how the different departments in the hotel operate in real life. For example a doorman who opened the door for guests and greeted them very kindly, the smile and greeting from front office agents, and all the employees who very humble to everyone. The hospitality industry is about treating others with kind and respect and I was able to experience that first hand through this site visit. I also liked that the class was able to meet managers and learn what they do. They explained thoroughly what their jobs are and I believe that was helpful.

What did you learn?

I learned the different jobs available in hotels and truly how hotels are run. It was very interesting to see what goes on behind everything that is presented to guests. Those behind everything really work hard to provide the best service possible to everyone around. Even the small touches are actually really important and make a hotel greater. I learned of what a housekeeping director, front desk director, engineering director, and managers do and how they collaboratively work together.

My biggest hope is to make others feel happy by pursuing a career in the hospitality industry.