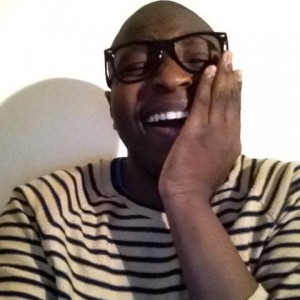 Hi, my name is Jordan Clinkscales and I am a student at The New York City College Of Technology (City Tech). My major currently is Liberal Arts of the Arts, but I plan on transferring to a University when these two years are up to receive the Associate’s Degree. As, of right now I do not have a deciding college to transfer to, however, it will be out of state. The specific career I plan to have in the future is an acting career and surprisingly the Liberal Arts program gives me many options and many opportunities I can think of.

“An associate in arts degree from the School of Liberal Arts and Arts is a stepping stone to further education.  It provides strong academic preparation emphasizing communication, and analytical and critical thinking skills.” (www.citytech.cuny.edu, 2015).  When applying to City Tech, my choice of major was Liberal Arts of the Arts. I chose this specific major because I knew I would be able to take many courses that would be the foundation of any career path I plan to take in the future. The study within the Liberal Arts provides the necessary skills any person would need in life. Analyzing is not only a skill but it creates a sense of generalization that oneself can relate to. “Critical Thinking is the mental process of analyzing or evaluating information. ‘To reason’ is the capacity for rational thought, or to think logically.” (www.essentiallifeskills.net, 2015).   I say without the use of logic the world we know now would be in utter chaos, meaning that hysteria would be at an all time high. There are many types of communication but it is a necessity. Communication is necessary only because without communication, a person wouldn’t be able to do most things and besides communication influences your thinking about yourself and others. The program here at City Tech provides the key components to at least having a future to look forward to.

The Liberal Arts program is very similar to Hospitality Management because it’s a major that’s rather broad and can land you in any field of work. The programs’ aspects are a stepping-stone to prepare you for the “real world” and higher education.

“A wide variety of careers are available to students who complete a Liberal Studies major. LIS graduates find entry into careers in business, government, and social service agencies like adult and family services, criminal justice, and health and welfare. Some Liberal Studies majors combine this study with teacher training programs at either the undergraduate or graduate level to become K-12 educators; others find this interdisciplinary major appropriate for graduate studies in law.” (www.uis.edu, 2015).

Acting is the best career for me because I’ve always felt like I was only able to live a fast-paced lifestyle. The fast-paced lifestyle being just constant traveling, moving, jumping from scene to scene and having an increasingly tight schedule. Ever since I was young I’ve always had an interest in going into the entertainment field. There’s nothing wrong with having a regular “nine to five” job, but I knew for sure It wouldn’t be something fit for me. The art of acting is much harder than expected. When it comes to acting, it’s very hard and sort of stressful to be deemed as “Believable”, audience engaging and becoming his or hers character that they are portraying. Most people believe that it is a natural talent and that you need to have the gift of acting in order to act in TV or films or even commercial prints. According to Jason Bennett “It was once thought that the ingredients of amazing acting were inexplicable and could not be taught. But during the last 20 years, huge advances have been made in actor training and many of the ingredients are clear. If you find one of the rare great acting classes, you can cultivate many of these qualities in yourself with profound results. a free-flow of emotions and impulses expressed in the body and voice; an understanding of how to create life-and-death, moment-to-moment acting; a vivid imagination; and a body and voice capable of telling all kinds of stories.”(www.jbactors.com, 2015). It’s amazing how time has changed and people are able to take classes and develop acting skills. All it takes now is to have the determination, dedication and will power to be content with journey to success. As said before, about the skills that the Liberal Arts major develops helps because a lot of skills are needed in acting but to make it in the business side of acting, is where the development within the Liberal Arts program comes into play. 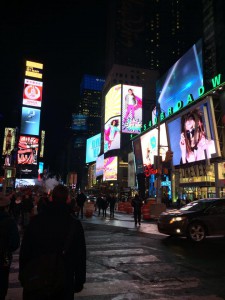 When I first broke out into the industry, I was graced and honored with a group interview with other amateur actors to meet with Beth Littleford, best known for her mom role as Ellen Jennings in the Disney sitcom “Dog With A Blog”. Basically she sat down with us and we were able to ask her questions about the industry. I was able to ask a couple of questions but one I really needed to be answered was “How does one become successful in acting”? She replied by saying, “It’s not really difficult to becoming a successful actor but key components is having a mind of your own, communication skills, creativity and a positive attitude.” To me I thought it was a bit cliché of her to answer the way she did, but It made me think that if it keeps repeating It must be true. 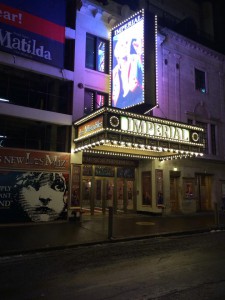 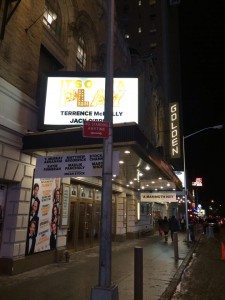 I would be great for this career because not only I’m extremely creative but I think rather quickly on my feet, especially under pressure. In acting, sometimes you’re obligated to use improv. Improv being “created and performed spontaneously or without preparation.” (www.Google,2015).  Thinking on my feet is something I have developed over the years. I started acting in plays in elementary school but it wasn’t until High School when i was asked to join Mock trial for not only my public speaking ability but for my experience in acting as well. A Mock Trial is an imitation of either a real trial or a trial that could possibly happen in the real world. It really depends on what trial you’re given. As portraying a plaintiff lawyer, I needed to be able to make objections and have a subtle but quick rebuttal to the opposing teams responses to objections as well. Being able to act has always been a dream of mine and I will do whatever it takes to make it in the profession. It’s great to take almost any opportunity out there that involves the chance to act, even if it’s a little bit. Developing the skills and making them perfect may take a while, however when you keep working at anything you’ll soon be not only happy but responsible for the outcome.

By attending The New York City College of Technology and taking up the program of Liberal Arts, I’m being prepared in many different ways and being provided with the necessary skills I’d need to have in life. There’s no guarantee on whether or not everyone can make their dream come true, but with the ability to gather the fundamentals first and begin a foundation to whatever career you choose to have in the future will be worthwhile. And at City Tech I am getting everything I need to begin.

Brose, Chad. “University of Illinois Springfield.” What You Can Do With This Degree – Department of Liberal Studies. Web. 10 May 2015.