I think this project helped me have a better understanding of advertising photography. I learned a lot about lighting, angles, etc. I consider my weakness in my second shooting was the lighting, but this third shooting improved considerably. Use colored paper to give a more provocative sense and capture textures and shapes of different desserts. I took pictures at an angle of 45 degrees above them to achieve depth. Also I experiment more with the positions of these and their reflections. consider that textures of the desserts had a strong impact on this shooting.
It was a big challenge to take something common, and make it look spectacular.

The second shooting was a challenge, after having arranged the lights in different positions I realized they were very strong for the subject that it was portraying. Apart from that ,I had an inconvenience with the product shape. Despite all these mishaps, I reaffirm my knowledge in lighting .Especially as for desserts, I learned what kind of those could work better in this type of ambience to be kept intact and provocative in photo session.

After I graduate I would like to work, in any company that requires updating or design for their web pages. It doesn’t have to be a company of design, such as:
The New York Times, Thomson Reuters, etc.
The idea would be, that my portfolio show my photography skills. And can present a story or a product successfully to the public.
About the project, I thought of showing the public ; the paintings of a friend which will be published on a website. On which I am working on.It is going to showcase the talents of students around the world.

I’m really surprised how the government (Communist) controls the media. In this case the photos that were divulge. All trying to sell a good image of Mao Tse-Tung , such as charismatic as he was; his favoritism towards the village. etc. The photographer obviously showed him smiling, sharing; finally as a friendly person, also as a leader. From a low level view point the photographer tried to empower him with this angle.
Another thing I seemed curious, was how the Chinese government used a “magazine” between people of the same government. To put them all up to date, as what this wanted such as: when they were selling the idea of agriculture. From idea and how easy that they made it seem, with smiling people without fatigue.
Another thing that caught my attention was, how the Japanese government showed the friendly face of war; with soldiers smiling and saying goodbye to their families. They were going to this, when in fact the war was not, if no a waste of blood and suffering for all the people.

Jimmy Nelson, exhibition seemed to me spectacular; must be because I like photojournalism. The portraits that he took from all indigenes around the world, I found spectacular . He clearly presented the different cultures to the society, so we had a general idea and remind us of them. All typical costumes, decorations and colors represent something of the tribe. As well as their social position, also those imposing landscapes that he capture in his photos; such as the lush jungle with waterfalls and rivers made his work wonderful.

The NYPL Exhibition, public eye caught my attention; the work of Eadweard Muybridge. Since for the time they were taken seems very wasteful work, and interesting . This photo 360 degree panorama , of San Francisco gives the feeling of freedom. As it is not restricted by measures, of conventional photos and the overhead view; you always wonder ” what lies beyond the edge?” and the answer is plenty. definitely unleash the imagination.. 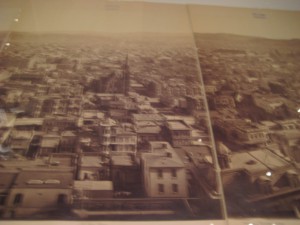 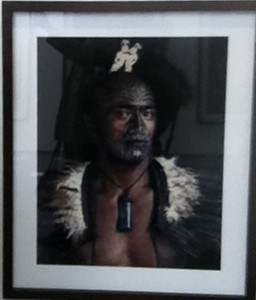 Rachel Ruysch used a simile to represent life and death in her painting called fruits and insects, putting juicy fruits and its maximum splendor normally invites to consume . Fruits and eggs represent life and birth in contrast to the danger of death when is close. For example the butterfly trying to stands on the table at the same time it senses the death that in this case is represented by a salamander, that is attentive to devour the butterfly.It should emphasize her great capacity of observation for details in her painting.

The Jan Van Huysum still life painting vase with flowers use flowers with a lot of detail. He also uses eggs in a nest and a little boy naked running in the background to represent birth . Using contrary colors he brings harmony to his still life painting.

Hector Rene’s pictures are inspired by Vanitas. He belonged to the United States Armed Forces and had the opportunity to see the two realities at once life and death. Some of the photos have a Christian connotation as when the soldier holds the child with one hand and in the other holds flowers that seems carnations, this photo is very similar to a Christian painting with child Jesus. In another picture Rene makes a simile of death of jesus .but in this case the one who is holding the death person is a soldier.