The most recent move that the Whitney Museum has endured is its latest escapade that started in the year of 2010 when Renzo Piano’s design began to be constructed. It resides next to the High Line and patrons from both places are visible to each other. This creates a non-verbal interaction between people; like an extreme version of people watching people. Regardless of its placement, being set among plenty of other larger buildings, it still somehow instills an interplay of inside and outside spaces. The museum is 200,000 square feet which is massive compared to the 82,000 square foot predecessor. The exterior is clad in blue-grey steel panels that reflect and mirror the sky. In the right time of day the building can blend in with its surroundings and become transparent against the sky. 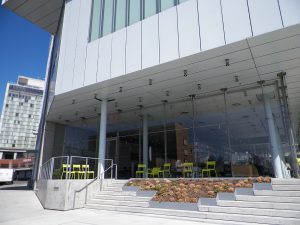 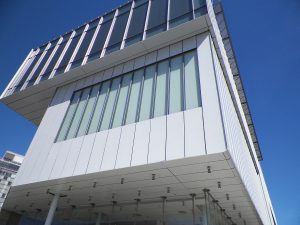 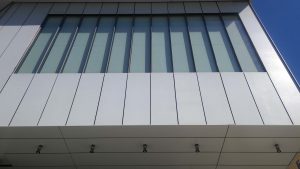 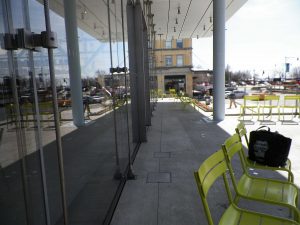 Once you enter the building you are invited by the museum’s shop; which sells books, prints, pins, other kinds of tchotchkes, etc. The elevators are to side; raising people up to the top floor leaving them to walk their way down. I started on the eighth floor and watched as the sun gently poured in through large windows. The light filled the large room, inviting you to stay and observe the art while luring you to go outside. Regardless of the brisk cold air, I felt the need to stay on the terrace; as I took in the spring sun and the sculptures that decorate and live outside. I moved from terrace to terrace, people sprinkled on each level creating a comfortable foot traffic. I continued to navigate through the museum, weaving in and out of the indoor and outdoor spaces until I ultimately reached the end of all the exhibits. 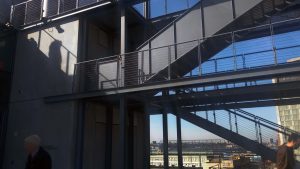 Stairs that connect the terraces. 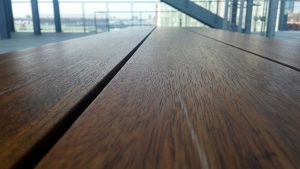 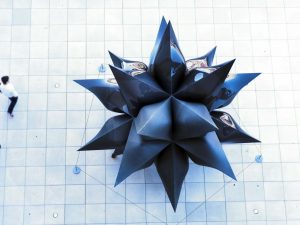 Sculpture that resides outside

The essence of Whitney’s museum still resides between those walls. The walls are splattered with colors and reminiscent figures; and sculptures gracefully display their physique in the terraces that hover above the building’s footprint. But it all still celebrates American art and what we have to offer the art world. This 107 year old concept has endured through popular despise, fire, four relocations, and some of the worst economic depressions. Only some of these art pioneers were able to see the validity in their work as America ceased its self-loathing period in the art industry. On a regular day you can see many visitors in the Whitney Museum; observing, sketching, reading, or just enjoying each other’s company while sharing their opinions. The art is valued by many and schools use the museum as a resource.

Personally, out of all three homes of the Whitney Museum I like Breuer’s rendition the most; something about massive brutalistic buildings piques my interest. Which was your favorite? What made it you like it?
If you liked the story of the Whitney Museum of American Art, visit the MET (Breuer) and Piano’s Whitney. Admission into the MET is a suggested donation for students, which can be anywhere between $1 to infinity. And the Whitney has reduced price for students.

In 1954 the small studio was overtaken by art and Gertrude Whitney decided to move the pieces to a small space that was located behind the Museum of Modern Art (also known as MoMA) which was another museum, of few, that was created by women. Whitney-Vanderbilt and her students quickly filled and conquered this space and after an unfortunate fire in 1958, it forced the museum to move again. This time they commissioned Marcel Breuer, a famous European architect.

Breuer was a Hungarian native before moving to Germany to become one of the very few students of the Bauhaus, which was an infamous German college for fine arts and construction raised from the harsh conditions of World War II. the school of design operated from 1919-1933 as the program was shut down by the Nazis. This school was affiliated with some of the architectural greats like, Ludwig Mies Van Der Rohe, Walter Gropius, and Le Corbusier. From this school, Breuer honed his craft; he nurtured his own style which was very brutalistic. His buildings were extremely weighted to the ground as he explored concrete. Breuer also continued his infatuation with concrete by placing it in an unexpected place like upper Manhattan, making it the third home of the Whitney Museum of American Art.

The project was completed in 1966 and was the Whitney Museum’s home for 49 years. He designed this building inside and out, from the intricate windows to the furnishings that reside in the museum (which are still fully functional after 51 years of use). The art flooded the walls and created its own atmosphere which was astonishing given the main aesthetic of the museum being American Art. in this era of time it was not a good thing to be an American artist since popular assumption was that all fine art came from Europe. Whitney felt differently than everyone else and thought that she and her students should take pride in their art: therefore she sent approximately five hundred pieces to the Metropolitan Museum of Art, prior to the commissioning of their first independent museum built by Breuer. The prestigious museum denied every single admission since they perceived it as too American and unrefined. Because of this she made her own gallery, giving herself and her students the validity that they deserved. She celebrated American art, deeming it uniquely beautiful and important while everyone else thought differently.

It’s quite surprising to know that when the Whitney Museum outgrew this space as it did with the others, The Metropolitan art gallery is what occupied Breuer’s brutalist masterpiece that once housed the pieces that they denied as art.

Tune in next week to see the last installment of the Whitney Museum of American Art as we explore its latest home. 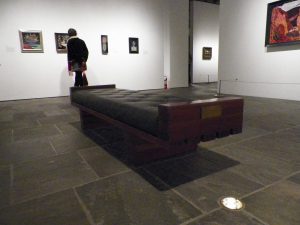 Marcel Breuer’s Bench specifically made for this project. 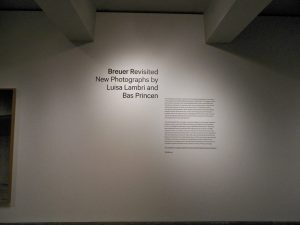 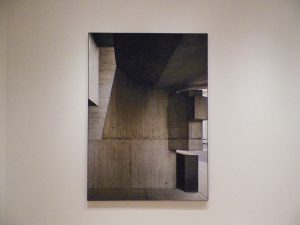 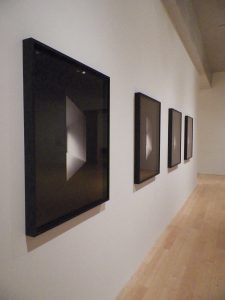 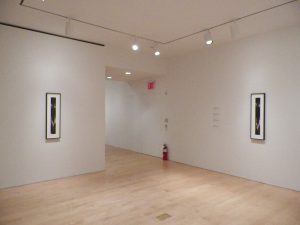 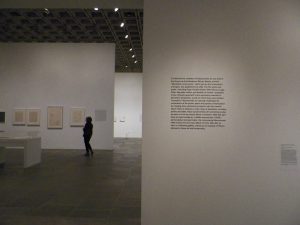 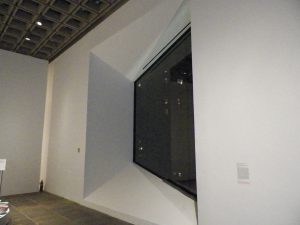 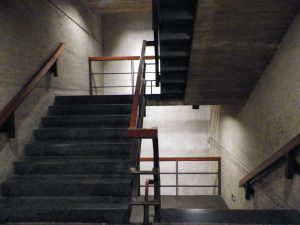 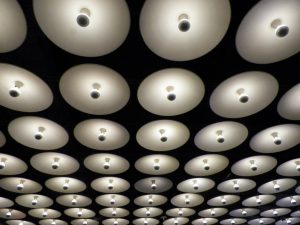 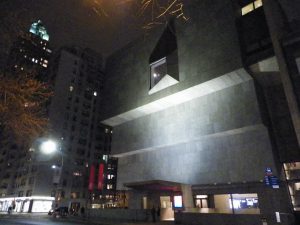