Last week, I wrote a blog post summarizing the eight parts of speech in an effort to revive knowledge of grammar. Grammar is something we tend to take for granted, especially in the texting, tweeting and “meming” cyber-world of today. So many posts go viral without having ever been proofread or spell-checked, and it makes me wonder how much thought people put into writing, especially before sharing something that the entire world will potentially see.

Given the limitations on time and space, there is no way I could make a comprehensive list of grammatical mistakes to avoid in a simple blog post. Also, I don’t claim to be a grammar expert by any means. There might be errors buried in this post that my eyes, Microsoft Word and Google Docs have not even picked up on, even after several revisions. My objective here is to point out those basic corrections that we could all benefit from making.

In my previous post, I explained how a noun can be a person, place, thing or idea. A lot of times, you can turn an adjective (a word that describes a noun) into an idea-noun by adding –ness­ to the end of it. For example, foolish becomes foolishness, happy becomes happiness. However, this is not always the rule. Sometimes the adjective takes on a different suffix, such as ­-ity or -tion, and other spelling and pronunciation changes must occur. A common mistake is to tack on –ness­ to the end of an adjective, making up a word instead of using the proper suffix. Some hypothetical made-up words, and their preferred forms, are listed below:

If I ever get stuck, I say the word out loud, trying on different suffixes until it sounds like the right one.

I have noticed that a similar error is often made when going from idea-noun to verb. This is especially true with nouns ending in -ation.

Another word I’ve heard people make up is in a category of its own: overexaggerate. This verb does not exactly make sense because of its redundancy. According to Dictionary.com, the word “exaggerate” already means “to magnify beyond the limits of truth; overstate; represent disproportionately.” Saying “overexaggerate” is like saying to “over-overdo” something. Maybe you could even say that the word “overexaggeration” is an exaggeration. (Clever, right?)

If you are ever in doubt, do not be afraid to look it up online. There are plenty of websites and resources that elaborate on these types of grammatical issues in depth. It is probably more trustworthy if the website is affiliated with a college or other professional organization. In particular, I’ve heard a lot of positive buzz surrounding Grammarly, which recommends corrections in real time. Apparently it’s free for Chrome browser. Aside from that, Microsoft Word has also gotten better about finding nitty-gritty errors of this sort. Dictionaries will often have various forms of a word for just this purpose.

But best of all, nothing beats good old reading. Reading quality literature at the appropriate grade level will allow you to come across plenty of new words and contextualize older ones. My mental trick about trying on different suffixes only really works if you have read and heard certain words enough. Frequent exposure will allow certain words to lodge in your mind. Even if you do not know what they mean yet, you will know that you have heard or seen them.

So please, save yourself the embarrassment of putting up another misspelled status update. (Facebook gives you the option to edit, but only one time.) Take the time to proofread your work, and in general, READ. 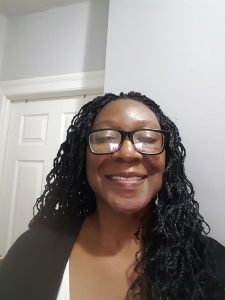 Greetings! My name is Pamela and I am a working mother, a full-time student, and a writer. My passion for reading and writing has led me to a career path in Professional & Technical Writing. I believe that we all have something to share and capturing it in words and images is a powerful way to do so. Life struggles have led me to persevere and motivate and that’s a motto I live by today.

If you’ve read any of my previous blogs, you know that I believe success comes from education and that we can learn from each other.  People love connecting with people who have interesting stories and something to talk about. That’s why this semester; I will be interviewing fellow students and staff of the College, capturing their voice, attitudes, and passions. Our Stories: An Intimate Connect, will be refreshing and new and bring a different perspective each week. So join me on this journey as we share what keeps us going and makes us more determined than ever.