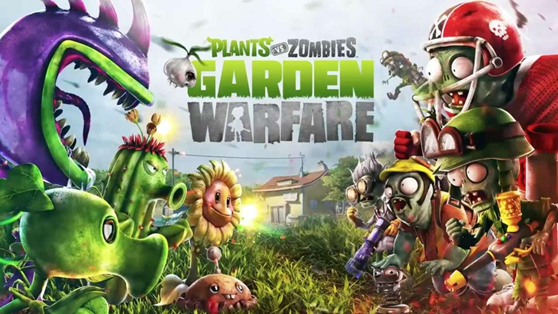 When PopCap games first announced a sequel to their hit tower defense game Plants vs. Zombies, people expected great things from the growing franchise. An off the wall first person shooter with over the top weapons and characters was the last thing anyone expected. Classic Plants vs. Zombies (PvZ) was simple. Put down plants to defeat zombies and keep them from getting into your house to eat your brains. You were limited to 10 plants per round, each with their own unique strengths and weaknesses. You had to collect sunlight to use more plants, and last but not least, once you placed a plant, aside from the odd wiggle of an animation, your plants did not move. That all changed when Garden Warfare came.

From the moment you boot up the game, your screen is covered in zombies and plants fighting an endless war while dying and fighting in highly comical ways.

Similarly to the original PvZ, the playable characters each have their pros and cons. 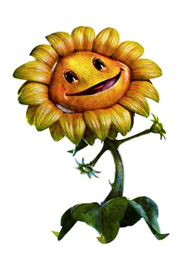 The medics of the group, sunflowers are largely responsible for healing their injured teammates. They can deploy portable heal flowers, or dig in their roots to launch a surprisingly devastating ray of sunlight. Cacti are snipers plain and simple. They can deploy barriers, drones and land mines (Tall-nuts Battlements, Garlic Drones and Potato Mines). They can attack from a distance, secure and area, and given proper backup, can efficiently defend an objective. Unfortunately, Cacti are horrible at close range with horrible accuracy without scoping, and very low health. Peashooters are the go to front line fighters of the game. They’re great for beginners to use and are highly versatile fighters. As their name suggests, they shoot peas, but their abilities include a grenade launcher (Chili Bean Bomb), a ‘Hyper’ ability which lets them run and jump faster and higher, and (similar to the sunflower) the ability to dig its roots into the ground and become a Gatling gun. 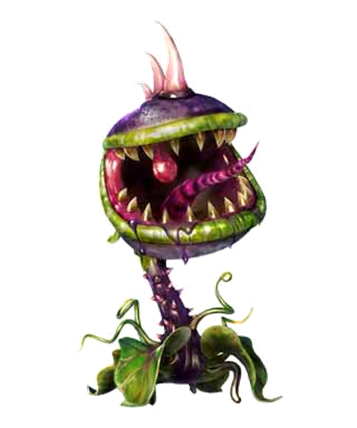 Chompers define close combat. Similarly to classic PvZ, Chompers defeat zombies by eating them. While their attacks are a one hit kill, they still have to get close enough actually eat them. Chompers can burrow underground, deploy ‘Spikeweed’ (which ensnare zombies and hang them upside down) and shoot a low damage Goop that slows zombies down and makes it impossible for them to use their special abilities. Scientists are semi-automatic shotgun wielding terrors capable of teleporting, throwing sticky grenades and healing other zombies. This is a personal opinion, but they’re one of the most overpowered characters in the game. Engineers are the multi-taskers of the game. They can deploy drones, toss sonic grenades (which force Chompers out of the ground), build turrets, build teleporters and ride around on jackhammers. Not unbalanced at all, right? Foot soldiers rival the Peashooters in effectiveness and versatility. They can launch damaging stink grenades, launch an RPG, and launch themselves into the air using an attached jet pack. 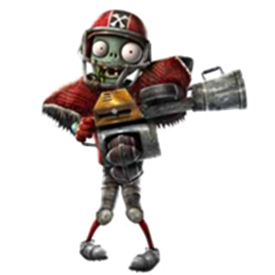 The All-Star zombie is a high powered, high health having football star – well an undead one anyway. Equipped with a Football Launcher, it can clear out entire areas rather easily.

Garden Ops is the closest thing to classic PvZ in the game. Players form a team of up to 4 plants, to protect a garden of tiny little plants from invading zombies. You’re given the option to grow some assistance in the form of stationary potted plants with varying abilities.

Team Vanquish is Garden Warfare’s take on a classic Team Deathmatch mode. The goal is to kill players on the enemy team to win. You get a point for each kill – assuming someone on the opposing team doesn’t revive them first.

Gardens and Graveyards is a Capture the Flag clone. Teams fight against each other to capture points starting at one side of the map moving from one side to the other. Whichever team captures the most points, wins.

A recent addition to the game, Gnome Bomb is Call of Duty’s Demolition mode except much cuter. Each team has 3 locations they have to blow up using a garden gnome attached to a bomb. There is only one bomb on the map at a time and players can kill each other to get it and attempt to plant at specified locations.

Overall, I give this game a 9/10. Every so often the game freezes, and there are connectivity issues that need to be fixed. The characters are also highly unbalanced, leaning more towards the zombies, with high HP and power, versus the plants who have average HP and occasionally below average fire power.         Despite being an E10+ game (For everyone 10 Years and older), it’s fun for more than just little kids. Adults sick of blood gore and realistic firefights can enjoy this cartoonish, funny, and ridiculously cute, video game.