There are two types of Financial Controllers:

Financial Controllers may undertake some or all of the Production Accountant’s activities. This can include tasks such as controlling cash flow so that payments are made on time and setting up and managing the Accounts team.

Will I need a qualification?
You will need a BA degree in Accountancy to become a qualified Accountant and then to have a number of years’ experience, ideally within film production, media or film finance. 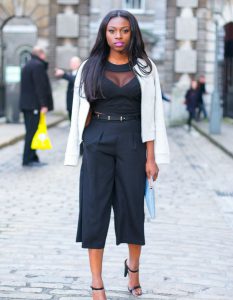 For me, it is always nice to hear the stories behind how a person has gotten into the career they are in today. It makes me remember that academic-self discovery is also about trial and error. One of my favorite YouTube vloggers is Patricia Bright. Patricia is a UK vlogger whith a YouTube channel that focuses on fashion, beauty and adventure. Yet, what I admire most about her channel is that she also posts videos on her life experinces. She gives advice and shares stories on what she has learned growing up in order to inspire, be an example or teach others. Stories on topics such as college, family, confidence, what she would tell her younger self, her career and more.

On a video titled “My Career & Job Salary Mean Bosses, Being Fired & More”, Patricia talks about all her work experinces- the good and bad- and what she has gained from these experinces. She talks about how her first job was in retail, selling wedding and prom dresses for most of her time at University. However, in her last two years of University she no longer enjoyed working there and decided to quit to do hair. Although doing people’s hair was something she loved and called herself “A livingroom hairstylist”, it was something that she did just to “make a living”. Right out of University, Patricia decided to do an internship in investment banking within technology. Though she did not have a degree technology, she did have one in accounting. This internship had a dinner event for the students applying, so a friend of hers told her to go to network. Patricia went prepared, ready to engage, appeared enthusiastic and had several financial qestions. It is because of her eagerness that the recruiter came to her and talked with her a little more than they did with the other students there.

In this moment in telling this story, Patricia advises her viewers who are looking to do an internship to also network. To go to events that the internship is having and to go there “keen”. Basically, to go there with questions and comments that make you stand out, let people know that you did your research and that you are qualified for the position. Patrica then talks about how her internship was extremely competitive and that she had to take an entrance exam in which she failed because she did not study as much material as she should’ve had. I like that she mentions this because most times I fear the idea of failure yet failing something does not mean it is the end. Due to how memorable she was at the dinner, Patricia got her second chance. The recruiter of the internship told her to come back and take the exam over and this time she passed.

In doing this internship she felt as if she did not fit in. Though she worked really well there, she was the youngest on her team, “was so quiet and awkward”, and was always told that she had to “get out of her shell”. Getting out of her shell was difficult for her because she did not feel confident in herself. Leaving that job she became a consultant. This she said was the hardest job she has ever done because of the long hours spent on doing proposals and how she felt she had no time to actually live her life. However, it is because of her experiences at these jobs that she had people calling her to work at different banks and firms and she ended up getting a call from a bank in Tokyo. At this point in her life she became very confident in herself and her knowledge. Working there, she was always able to bring something to the table and felt that her opinions were valued.

Patricia concludes her video by saying “Everyone starts from somewhere and confidence comes with time.” Despite the job experinces that made her realize they were not for her, she did learn and grow from each. Within time she became more confident in herself and in her work. Some of the key things she feels applies to success in any career is “alot of hardwork, sleepless nights, late nights, [and] applying and teaching [yourself] a lot of things.”