My fiancé Angel and I can say that our initial friendship deepened as a result of some important exchanges. To name one, I introduced him to the world of contemporary Christian music, and he unlocked the door to the library of positive mental attitude (PMA) books. One of the first books I saw him read was Personality Plus by Florence Littauer. I made it very clear to him that I was curious about it, and he made it clear that it would change my life. Once I got a hold of it, I dove right in.

In short, the book did change my life. It introduced to me the idea that while there are plenty of things that make people unique and distinct, we all naturally tend to fall into certain identifiable patterns and habits. It becomes way easier to understand ourselves and communicate with others when we take these patterns and habits into account.

Throughout history, there have been various studies that expound upon these distinct sets of patterns and habits. This book specifically addresses and builds upon the ancient Greek idea of the Four Temperaments. Littauer describes them as Popular Sanguine, Powerful Choleric, Perfect Melancholy, and Peaceful Phlegmatic. I’ll offer a simplified summary of each below.

Popular Sanguine
People with this temperament tend to be bubbly, talkative, friendly, and outgoing. They are often considered “the life of the party” and “the center of attention.” They often struggle with forgetfulness, following through on a commitment, and can swing between emotional highs and lows pretty quickly.

Powerful Choleric
These people are often considered “natural leaders” because they have a bold, straightforward demeanor and a strong will. If a task needs to get done, they most likely will take the initiative. At the same time, they can be bossy, stubborn, and, as the name implies, they can have a bad temper.

Perfect Melancholy
Those who fall under this category are “the thinkers.” They can be quiet and reserved at times, but their minds are brimming with intellect and creative talent. On the negative side, they can be too hard on themselves and others because of their perfectionist mindset. Their emotional cycle of highs and lows tends to be more intense and slower paced (it may take longer to recover from an offense).

Peaceful Phlegmatic
These individuals are very mellow and “chill.” They make great listeners because of their passive nature, and they do not waste time making decisions because their answer will usually be “either one” or “I don’t care.” At the same time, they are more likely to procrastinate because they sometimes lack self-motivation to make more important decisions. They can also come off as indifferent because they do not express their emotions easily.

Similarities and Differences
The temperaments within themselves share certain similarities. For instance, Perfect Melancholy and Powerful Choleric tend to be more intense, independent, “task-oriented.” As a result, they may at times come off as emotionally detached, or too serious, but their determination and resolve can definitely be beneficial. Someone of either temperament might isolate herself in her room until she is finished with her homework, for example. On the flip side, Popular Sanguine and Peaceful Phlegmatic are more “people-oriented.” Either one would be willing to drop whatever they are doing to help a friend. They are more likely to let emotions influence their decisions, which can be helpful or harmful.

These relationships are further explored in a similar theory, the Disc Model, developed by Harvard psychologist Dr. William Moulton Marston in the 1920’s (learn more in the Disc Personality Testing Blog). 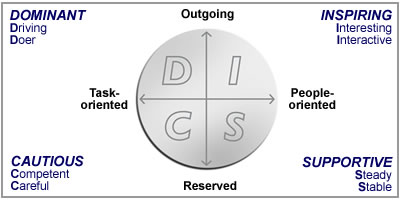 Keep Calm and Read On
Now, I know some of us are skeptical and do not like the idea of putting people into boxes. Rest assured, the summaries above have certainly been oversimplified, and the truth is that most of us exhibit characteristics that fall under all of the temperaments (or perhaps, at the very least, two). I can’t say whether the temperaments are the best personality model, or why they exist (if only in our minds), but I can say that this knowledge has improved my understanding of myself and others. For example, knowing that Angel is primarily a Popular Sanguine, I’ll be more understanding if he forgets to bring me something because he was wrapped up in conversation along the way. (As for me, I’m predominantly a Perfect Melancholy. I may elaborate on my experience more in a future post.)

If you are interested in taking these theories into consideration, I would advise you to use them as a guideline, rather than a standard. If you know of any promising personality quizzes, please feel free to comment the links (and/or results) below! 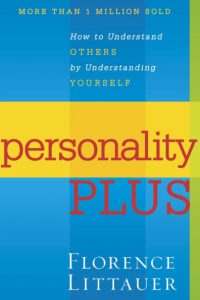