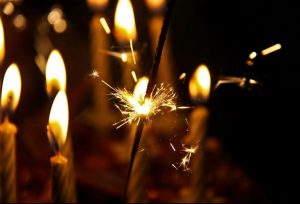 Birthdays are an amazing celebration. They are the special days that occur during the year in which we celebrate and acknowledge the lives of our loved ones by way of cake, balloons, and other party favors or public outings. Birthdays are the established born days…they are how love is created, how relationships begin, and how memories are made; all thanks to the birth of that special person. Whether it’s your mother, your father, your child, or your sibling, everyone deserves this appreciation for the place that they hold in someone’s life, especially on their birthday. This past weekend was my boyfriend’s birthday who, unfortunately, passed away exactly a year and a half ago from osteosarcoma which is an aggressive form of bone cancer. Losing him was the most difficult thing that I have ever endured in my life by far. He was my love, he was my everything, and he stole my heart with that smile of his. I miss him greatly each and every day. But he is always with me in my heart, I see him everywhere in this world that he has left behind. I see him in the whistle of the wind, in the shape of the clouds, and in a mesmerizing sunset. The picture below is actually a photograph that I captured while overlooking Coney Island. If you look closely, it looks as if it is an angel with huge wings, soaring horizontally. 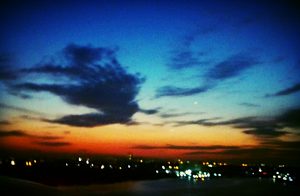 One of his favorite places was Coney Island. He was still pretty young when he passed away, but he always had this mentality of being a kid at heart. To this day, I have never met someone who loved cartoons or McDonald’s chicken nuggets and fries as much as he did. He was such a huge fan of Coney Island, though…he loved the amusement park and all of its thrilling rides. He enjoyed the serenity of the beach and the view that you could observe of the sun setting with the sand and water as the backdrop. He would be so excited to see the fireworks there as they lit up the entire sky with bursts of vivid colors. He especially liked the food; he’d always get fries from Nathan’s, as well as a hot dog on occasion. But he would almost always buy a root beer. He loved those; it was his favorite flavor of soda and it was mine too. 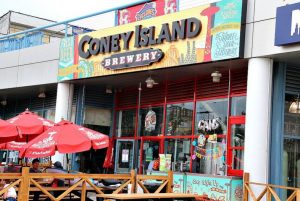 We would always share our root beers with each other whenever we had one. And, even when he got sick, here I was, spoiling him without his mother’s knowledge with root beer. I wanted to dedicate this post to him. I visited the Coney Island Brewery last summer and I would definitely recommend going to this amazing place. It was an admirable experience; the brewery offers free tours and sells beer pints, beer flights, as well as the company’s merchandise apparel. I, of course, decided to try one of the hard sodas which are essentially an alcoholic version of soda…a soda pop for adults. The root beer flavor was stunning and made for a great ode to my boyfriend. 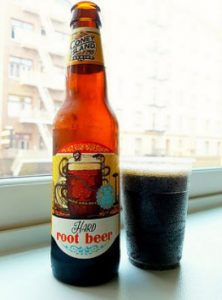 Image by: The Sampler

So I say, cheers to my handsome guy for his second birthday in heaven. I love you so much. To all you lemonade fans out there, National Lemonade Day is this Saturday, August 20th. One of the most grueling beverages to make in terms of squeezing each lemon till its last drop of juice escape from the rind. But the outcome is deliciously rewarding after doing all that work unless, of course, you decide to purchase a cup of lemonade. While many do not get too obsessed with the importance of food themed days such as National Ice Cream Day etc., others have made these days so important in changing the lives of everyone around them. National Lemonade Day has become somewhat of a national holiday for some who have continued to acknowledge this day to pursue the dreams of a four year old, Alexandra “Alex” Scott. Her vision was to raise money by selling lemonade from a lemonade stand that she would hold in front of her home to help children suffering from pediatric cancer of all sorts with the funds she received. Alex, herself, was diagnosed with neuroblastoma just before her first birthday and although doctors were doubtful that she would ever be able to walk due to the tedious treatment that would be necessary for her remission, Alex was determined and began to walk with the help of leg braces. She was regaining some of her strength and was defying the odds but was faced with unfortunate news, after two years when her tumors began to grow again. When she was only four years old she received a stem cell transplant and while recovering she constantly told her mother how much she wanted to run a lemonade stand to help other children. Despite struggling to brave the fight of her own cancer, Alex ran her first lemonade stand later that year with her family’s help which raised $2,000. It sparked a chain reaction when news broke about this cause and many began to sell lemonade while giving the proceeds directly to Alex to help her with her mission to benefit childhood cancer research. Alex became the founder of Alex’s Lemonade Stand Foundation and helped raised over a million dollars for cancer research. Yet, her cancer had progressed and Alex passed away in August of 2004 at only eight years old. Though many are still holding lemonade stands and donating to help further Alex’s vision.

In her memory, many use National Lemonade Day to help donate with a beverage that meant so much to Alex and so many other children that were helped by her mission. Restaurants all over the country are selling lemonade to donate to Alex’s foundation be sure to look out for them but Red Robin and Auntie Anne’s are just a few that will be offering lemonade and will be taking donations as well..

Comment below with your thoughts of National Lemonade Day or make a comment with a shout-out to someone you know who is struggling with a life-threatening disease/illness.

(From Left to Right)

Image by Unknown via PixShark.com

As young children, we fantasized about the days when we could eat candy and all other kinds of sweets for breakfast. Instead of eating healthy food for the most important meal of the day, we wanted feast on cakes, cookies, or ice cream. It seemed like was an amazing dream come true despite our parents’ opinions. In the 1960’s, Eat Ice Cream for Breakfast day was founded by Florence Rappaport of Rochester, New York, most likely, from an enormous blizzard that hit hard in their area that year. In order to avoid her six children from becoming restless due to school closures, she allowed them to spontaneously eat ice cream for breakfast. Her children enjoyed the occasion so much that the following year they asked their mother if they could celebrate her made-up holiday again and it continued to be a family tradition every year and was passed on to others who interacted with the Rappaport family. Eat Ice Cream for Breakfast day is currently observed on the first Saturday of every February. Now, this food inspired holiday is widely celebrated on February 18th in order to bring awareness to childhood cancer in the world. In 2010, nine year old Malia Grace succumbed to her long battle with cancer. To honor her beautiful yet short life, in 2013 Eat Ice Cream for Breakfast day became viral on social media to honor many children suffering from this aggressive disease by doing one of Malia’s favorite traditions that she did on her birthday every year. Image by Gnokii via OpenClipart

Below is a recipe for an interesting flavor of ice cream that is perfect for breakfast and a rather fun approach to celebrate Eat Ice Cream for Breakfast day next year or you can simply purchase a pint of Häagen-Dazs instead.

1. Warm the milk, sugar, whole coffee beans, 2 doughnuts, salt, and 1/2 cup of the cream in a medium saucepan. Once the mixture is warm, cover, remove from the heat. And let steep at room temperature for one hour.

2. Rewarm the coffee-infused milk mixture. Pour the remaining 1 cup cream into a large bowl and set a mesh strainer on top. In a separate medium bowl, whisk together the egg yolks. Slowly pour the warm coffee mixture into the egg yolks, whisking constantly, then scrape the warmed egg yolks back into the saucepan.

3. Stir the mixture constantly over medium heat with a heatproof spatula, scraping the bottom as you stir, until the mixture thickens and coats the spatula (and registers 170 degrees F on an instant-read thermometer). Pour the custard through the strainer and stir it into the cream. Press on the coffee beans and doughnuts in the strainer to extract as much of the coffee flavor as possible, then discard the beans and doughnut remnants. Mix in the vanilla and stir until cool over an ice bath.

4. Chill the mixture thoroughly in the refrigerator, then freeze it in your ice cream maker according to the manufacturer’s instructions, adding the remaining chopped doughnut during the last few minutes of churning.