First I chose a song that has variety. Within the song the sound goes from calm to more upbeat a lot. It’s back and fourth, so it was a good song to choose for a variety. The song starts off with calm strums of the guitar for the first few seconds. It then goes into a repetitive beat also with the strums of the guitar but more upbeat. It gets more and more upbeat and then breaks down into a calm stage again. For the main chorus of the song there’s a much different sound than of just the guitar so it changes a lot. It then goes into a very calm beat for the middle of the song and quickly picks up into a completely different upbeat pattern, then quickly into the beat for the main chorus. At the end of the song it’s the main upbeat sound and then it quickly ends on a very light note. This song as I sad goes back and fourth from calm and sad to upbeat and happy which is why it was a good choice for a variety song.

For the monotone song I chose a sad song that uses the piano. The beginning of the song is pretty much keys of around the same pitch quickly being played. The beat then goes into a slower beat. Throughout the entire song the beat is pretty much in the same slow beat. I hear a repetitive pattern  throughout the song.  There isn’t really any space in between the beat/the keys throughout the song which is why all of the lines are so close together. There isn’t much of a separation in the sound. The beat continuously gets slower towards the end of the song. That’s why in my picture you can see that there are less curves as it goes from left to right.

The song I used for the variety sketch is here: http://youtu.be/otSSixltNZ4

The song for the monotony sketch: http://youtu.be/Mk7-GRWq7wA 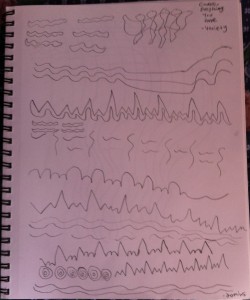 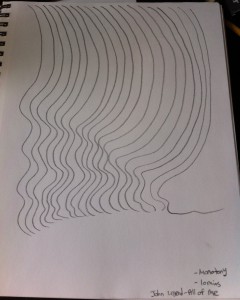 The sketches for the monotony and the variety songs that we listened to in class. 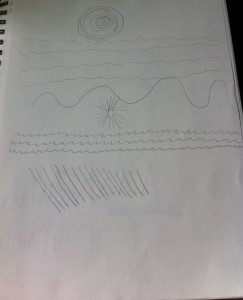 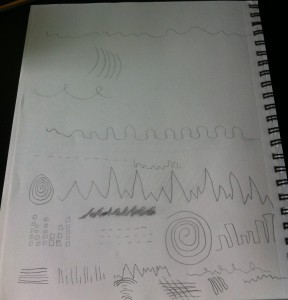 The field trip to the Center for Book Arts was very interesting and fun! I learned a lot about printing. From how it began to how it evolved and is what it is today. I found it really interesting how back then people had to get the letters one by one to create something to print. Looking at today’s technology there’s a lot less of a struggle for an issue or to get it done in general. If there was a typo back then you would have to do a lot of work to get that one letter out and replace it. Now it’s just simply an one second task with the keyboard. The zines exhibit was also very interesting. There were a lot of pieces that stuck out to me. One of my favorites was this fake newspaper with interesting headlines. It was called Daily Cardinal. I wouldn’t believe what I’m reading if I actually saw some of those headlines in the newspaper! It also did have articles on the headlines that were on the cover. On the second part of the field trip to the Rubin Museum I found all of the works of art that I saw to be very cool. The ones that I sort of got the meaning behind were very interesting pieces. I chose to sketch the piece called Hunger. It’s a picture of a man eating a snake while at the same time the snake is eating its own body. From what I read in the description of the piece the snakes body seems to be never ending while the man is eating it. Francesco Clemente also symbolizes Eastern and Western traditions in his piece. Both parts of the field trip were very fun and I can’t wait for future trips! 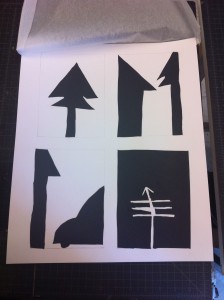 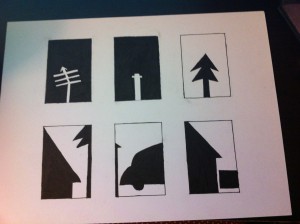