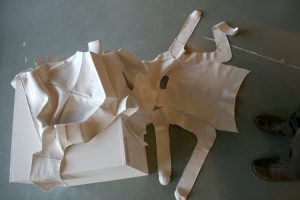 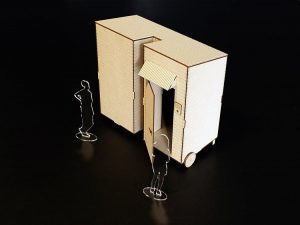 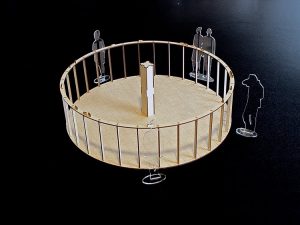 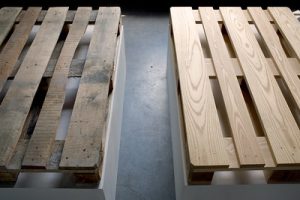 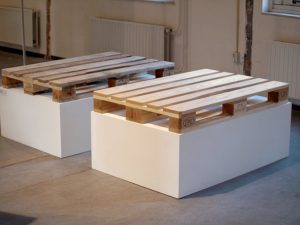 Media extends human beings by having their own structures and systems of grammar, and that they can be studied. Marshall believed that media has an effect in shaping and re-shaping the ways that people, societies, and cultures recognize and understand the world. The restructuring of human work and association was shaped by the technique of fragmentation that is the essence of machine technology. However, Automation technology is essential and centralized in depth.  The machine was fragmentary, centralist, and superficial in its patterning of human relationships.

The role that artists and designers play in creating new ideas is a creative director, graphic designers, music artists, fashion designers, actors, and movie producers. However, Art and design both require immense creativity, an acute sense of aesthetics and style, emotional intelligence, and the ability to tell a story through visual media. Art is intentionally emotional. Whether it is a drawing pencil, or a pen or smudge of charcoal, or splash of paint was meant to obtain a different reaction from the viewer, pushing and pulling on the viewer’s emotions.

The electric light may be proven to throw this connection. Also, it has information that is restricted. As marshall saying “ It is a medium without a message” means that if it does not have a message behind it, it is pointless to create any artwork whether it’s fine arts, graphic arts, video art and other types of arts.  People would create or work on projects without a meaning, which i find very useless because an artwork is supposed to have a purpose. 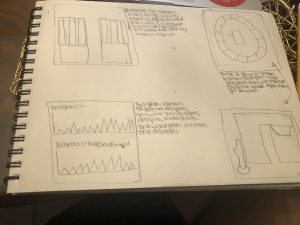 The concept of mainstream vs. underground relevant in contemporary design is that Kindred visual artists, musicians, and designers developed means of expression that helped define the culture’s distinct characteristics. But for Underground bands they led the way in a commercial whirlpool.  The establishment still disapproved of the aesthetics. It was difficult to be terrified of something that had become so integrated into the mass marketplace. Very little emerging from the underground fails to turn up in the mainstream.

I’ll be addressing Stephen Treffinger, it regards to THE VICTORIAN naturalist that inveterate collector of specimens, cataloguer of species, and keeper of sketch filled notebooks is back. In the pictures of the article “Field guide: contemporary design with a naturalist’s bent” it represents the Moving through the shop’s appealing jumble of antique lab equipment and furniture, taxidermied birds and beasts, and other curiosities provides a palpable sense of what it was like to live in an era when our understanding of the natural world was dramatically expanding.

The recent growth of festivals, media, and events associated with the design industry has had a major impact on the way we conceive, produce, distribute and consume design. However, the network of actors involved has changed, as has the trade of expertise and services they offer. It includes photographers, commissioning agents, curators, patrons, journalists, and PR personnel amongst others.  In the article, “The Commodity of Trade in Contemporary Design” it mentions that the authors have developed two tools for analyzing contemporary design processes and the trade occurring in commissioned design projects that will be presented in the paper. The two authors Giovanni Innella and Paul Anthony Rodgers expand the notion of conventional design process, and highlight the key roles that media and event organizers now play in contemporary design.

However, the conceptual posts exist in most areas in design. Wether it’s  in a pure state, usually for exhibitions, or fused with more commerical goals and able to buy.

Work cities that I used

Roland Barthes was analyzing an image in regards to an illustration or a representation of something. Barthes also analyzes how meaningful are associated with specific images.

The word linguistics means the scientific study of language and its structure, including the study of morphology, syntax, phonetics, and semantics. Language plays a very important role in human lives. It is a social phenomenon. One of the main goals of language is  communicate with people and to understand them.

As Barthes was trying to say that “Archorage is the most frequent function of the linguistic message and is commonly found in press photographs and advertisements.” the ad that is shown in the beginning of the chapter represents pasta noodles, opened string bag that is falling from and tomatoes. The message is displayed by an image, and a series of signifiers pertaining to an intended signified.

We denoted image that was communicated well the literal message and symbol message is operational. the message speaks evicted corresponds to virtuality that is an absence of meaning. 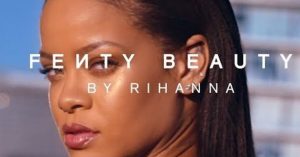 In September 2017, Rihanna launched the video campaign for Fenty Beauty’s impressive 40 different foundation shades, it took the world by storm. They featured models with different ethnicities, including a plus-size model Paloma Elsesser . this is a big move for a diversity beckoning in the beauty industry. 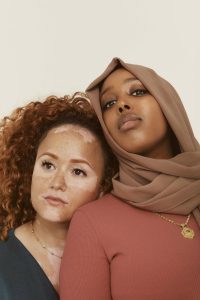 The powerful image can undeniably capture anyone’s attention, and that’s what Revolution did with what could be touted as the most diverse beauty ad ever. The ad features a transgender activist and a disabled star. This campaign will have people from all walks of life scrambling for their unisex foundation. 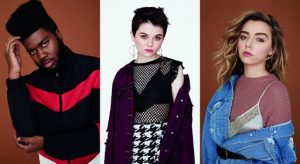 Fashion is all about individuality and self-expression, and in the fall of 2017, Forever 21 new collection showcases trendy pieces fitting for those who want to embrace their own unique colors.  During that time, the authority on the latest trends and styles to have chose to honor individuality and inclusivity with a campaign titled #WeAreForever featuring a diverse set of global influencers from the fields of music, film, fashion and philanthropy.

McLuhan states the subject of any medium, when it comes to referring to an electric light and its amount forms of usage. There is a conspicuous duty but a number of entailed usages with the electric light.  The content of writing is speech, just as the written word is the content of print, and print is the content of the telegraph. If it is asked, “What is the content of speech?,” it is necessary to say, “It is an actual process of thought, which is in itself nonverbal.” However, an abstract painting represents direct manifestation of creative thought processes as they might appear in computer designs.

It has strong points in the process of technology. It is not without its faults and entailed hazards to those individuals in the “electric age” or even the current age. When McLuhan mentions a quote made by Sarnoff, he refutes it heavily, with the fact that it bears underlying hypocrisy and narcissism. When IBM discovered that it was not in the business of making office equipment or business machines, but that it was in the business of processing information, then it began to navigate with clear vision.

If medium was the message, it was a form of a message such as print, visual, musical, and technology etc. Also, it determines the ways in which that message will be perceived. As an early educator and pioneer of the study of communication and its evolution over time, McLuhan introduced a lot of observations about the impact of new forms of expression and media. In addition, it was addressed throughout the reading, many people ignore the multiple aspects, and only take something for that appears.

How these artists should design is by being a problem solver to any work or project that clients received. It has an important role in design and should be appreciated more in many ways because we put in our hardwork, time effort and dedication. Typography has specific characteristics. It involves creating a complete and reusable typeface that allows you to make language visible. Back then people did not understand the importance of its function and focused more on its appearance. New typography was made to fix this problem, it is based on clear simple san serif typefaces and an asymmetric layout. The main thing about typography is to communicate a message between the person and the artwork. With those two it plays a big role in regards to a perspective.

According to The New Typography by Jan Tschichold , “In the old typography, the arrangement of individual units is subordinated to the principle of arranging everything on a central axis. In my historical introduction I have shown that this principle started in the Renaissance and has not yet been abandoned. Its superficiality becomes obvious when we look at Renaissance or baroque title pages.” As I was saying in the first paragraph, typography was not common and artists would use old techniques to work on projects.  The Industrial Revolution typography was all about communicating with the masses. Through signs, posters, newspapers, periodicals and advertisements, typefaces became larger and catchier with bolder lettering . Also, shading as well as experimental serif and sans serif typefaces.

In the reading Grid and Design Philosophy by Josef Müller-Brockmann, “Constructivist design that is capable of analysis and reproduction can influence and enhance the taste of a society and the way it conceives forms and colors. Design that is objective, committed to the common weal, well composed, and refined constitutes the basis of democratic behavior.“ Constructivist design is a movement with origins in Russia, Constructivism was primarily an art and architectural movement. It rejected the idea of art for arts’ sake and the traditional bourgeois class of society to which previous art had been catered. Using the colors plays a big role in an artwork, especially the fonts.