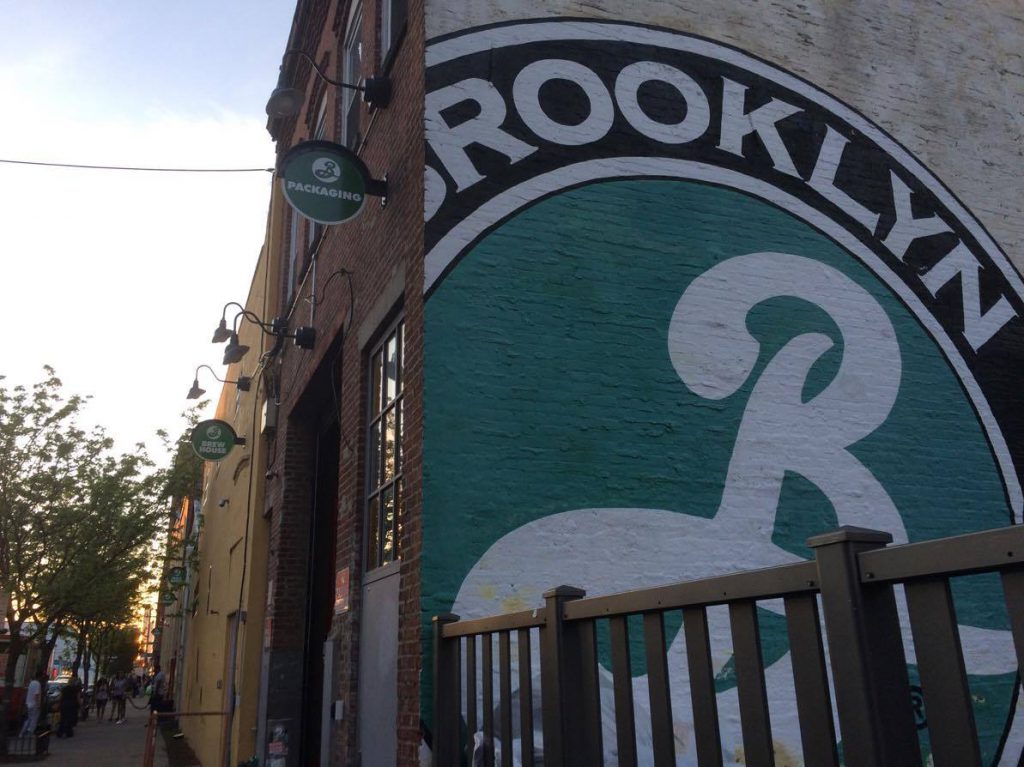 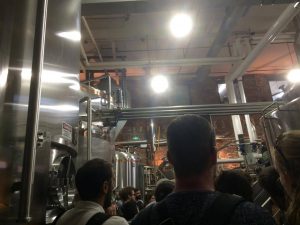 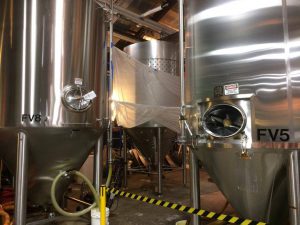 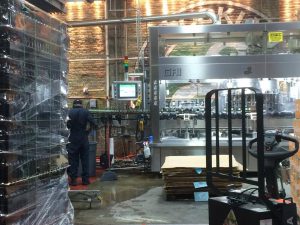 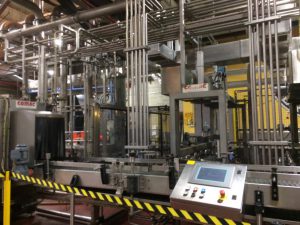 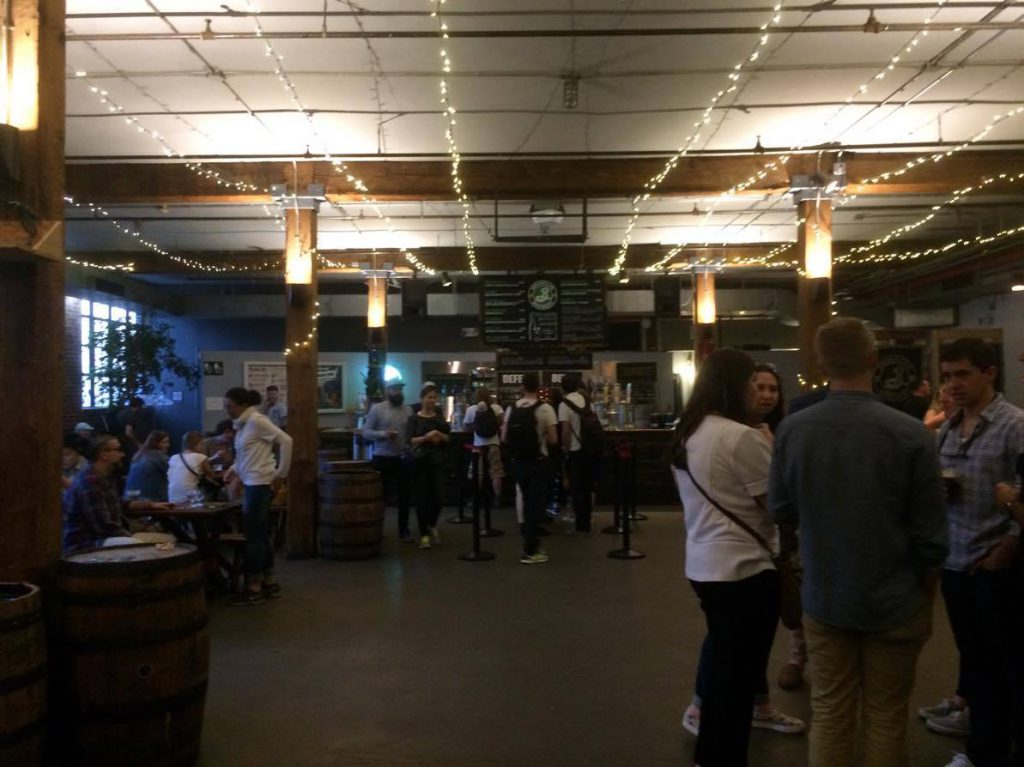 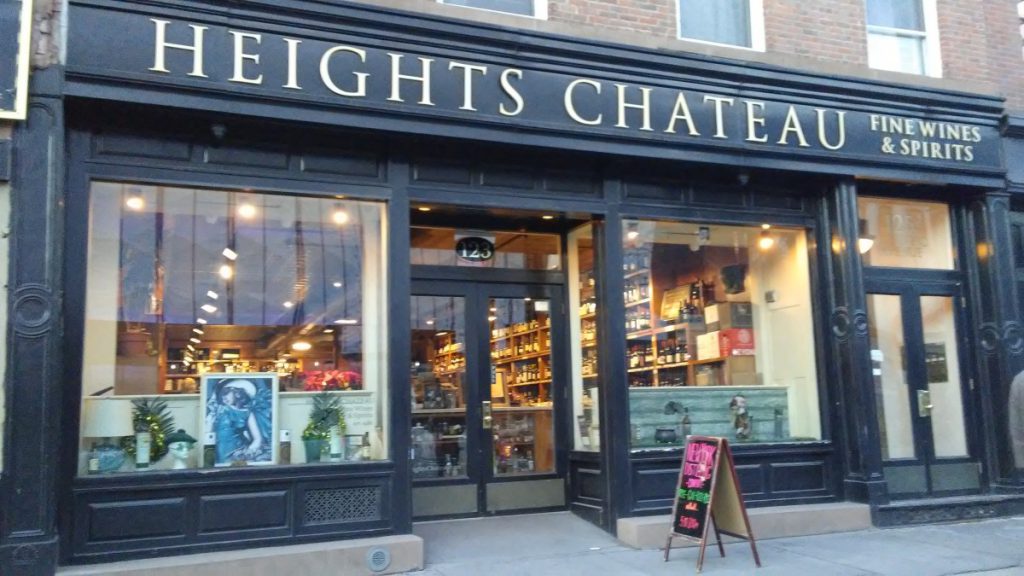 The wine store I decided to go to was Heights Chateau on Atlantic Avenue. I’ve never been to a wine store before so upon entering, I was surprised at the sheer volume of wines displayed on large wooden shelves making the wine store look like an old library with every wine bottle being a unique glimmering “book”, in my eyes. 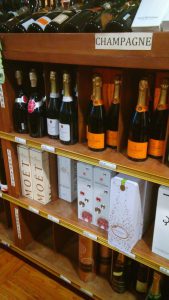 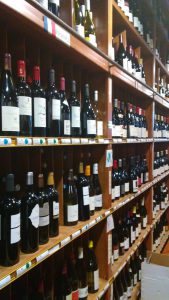 The overall feel of Heights Chateau was reminiscent of a wine cellar; the lighting wasn’t overly bright and everything, from the shelves to the floor, was made of wood. 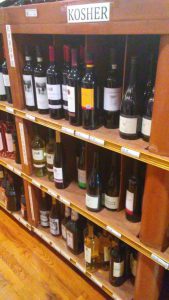 All the wines appeared to be displayed based on their country of origin. From what I could see, the wines were then sorted by whites and reds within those countries. I was surprised to see that, thought they did sell expensive wines, they sold a lot of affordable wine. They also had kosher wine which is something I never gave much thought to but felt it was really cool.

There was a kind young woman who was giving wine samples towards the back of the store, several male employees at the cashier one of which asked me if I needed any help, and an older lady who seemed very knowledgeable and was kind enough to answer my questions. 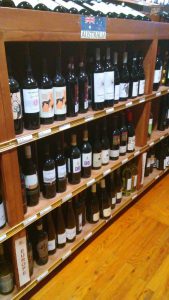 One of the questions asked was at what temperature they store their wine. Heights Chateau stores there wine in their cellar at 55°F but the temperature within the store itself is kept at 68°F. In retrospect, I should have inquired further as to why the temperature difference. The second question asked was how they choose the wine they sell and the simple answer to it is that they taste every single wine they get offered before they decide to sell it. If it doesn’t meet their standards, they don’t sell it. When asking her what is Heights Chateau’s best value wine, she couldn’t really give an exact name stating that they have so many wines and they change the selections monthly but their value wines are around the $12.99 price range though consumers are paying $15-$20 a day for casual everyday wine. When asked about their popular wines based on country/region, she said that for Italian wines, customers favor Chiantis, for Spanish wines customers favor Rioja, for French wines customers favor Cotes Du Rhone which is an appellation in France, for New Zealand and Australia customers favor Sauvignon Blanc and Shiraz respectively.

I feel I’d definitely go back again to buy some wine. I ended up buying a small bottle of 2015 California Pinot Noir for $11.99 to cook with and at their wide selection and affordable price, there’s no reason I shouldn’t buy good quality drinking wine for cooking.