These four chapter was like the the institution chapter where we learned that some sort of experiment was going on in this place and Connie was chosen over Sybil who’s a friend that she met before and now they re meet again, while Connie is on drugs Sybil is dealing with some sort of shock treatment. Connie seems to be afraid and reaches out to Luciente where later ends up in her time in the moment of a ritual. We met Bee who’s some sort of co-mother of Innocente (innocent in Spanish) when once again Piercy uses Spanish to make a pretty strange message by naming a character innocent in a time of a ritual where she sent to the wild to survive and received a new named? which at this point I was as confused as Connie was.

Then we return to the institution where Connie ends up in other test this time joined by Sybil and Skips. She then calls for Luciente again to take her, this time they go visit the “gov’t” and then to deathbed of Sappho who just asked to be taken to where she can hear the river. So at this point it seems like Connie just calls Luciente where every she feels down or just wants to escaped her current situation and normally Luciente bring her into a situation where perhaps there some sort of lesson to be learned like Innocente ritual of survival and Sappho deathbed? who know’s?

in the beginning of these few chapters we learned that Connie, Skip, Sybil and the others are moved to their new ward where they learn about the electrical nodules, once again afraid and desperate Connie reaches out for Luciente where this time they have a conversation about coffee and how coffee plays a role in the present time which was kinda of odd who knew coffee would be consider a ritualized making it “a certain crux in history … forces are in conflict. Technology is imbalanced … alternate futures are equally or almost equally probable … and that affects … the shape of time.” then she is told to continue fighting for freedom and enlightenment this is starting to sound like a DC comic kind of situation where she (connie) can go to the future and change the past. interesting quest so far, we start with a ghetto situation then we go to a institution where some weird experiments are going on that involve Connie, Sybil and other like Skip etc. and in between we visit Luciente and learn some interesting stuff about the future and past and some back story on Connie huh seems to be getting better.

Wow these four chapters were very intense, we see some a brutal lifestyle that follows Connie and the people around her especially Dolly who we met right away and  who has to deal with her pimp Geraldo. The first chapter focuses on this one scene at Connie house when Dolly ends up after getting beaten by Gerald and she goes there to hide and rest but soon Geraldo arrives with a “doctor” and tries to butcher the baby away. Intense first chapter, afterwards we learn some more about these few character we meet and how they met along the way like Dolly & Geraldo history and what happened to them for them to end up as a pimp and prostitute situation. We learn more about Connie and how she surfer for others people problems in a way. She’s a older lady who deals with these younger crowd like Geraldo being a hustler kind of character pushing Dolly and her daughter etc.

Then in chapter Three theres a real twist when Connie slowly ends up in a Mental Hospital from the sort of confusing betrayal between Connie and Angelina. Then we meet Sybil who become a close friend and we get a some more background information on Luciente, who a confusing character to me. I will have to re read these chapter again to  reestablish my information but so far this is what I manage to get.

Overall we discuss both stories “The Machine Stops” & “Do Androids Dream of Electric Sheep?”

Afterwards we go into our usual circle group to discuss the conflicts and value as a group here’s what we got:

Took 5 min. break then resume on to the Book

“Do Androids Dream of Electric Sheep?”

Started off going around the circle asking everyone what they though of the first half of the book Chapter (1-5) in one sentence and here’s what I manage to record.

– Iran (Ricks wife) : Dislike Rick and his job. She has a big problem with emotions and being alone. She’s describe as having gray un-marry eyes, she’s also empathy and has a issue with the whole Penfield mood organ.

– Electric sheep : Rick is ashamed of owning the so called “electric” sheep. Owning an animal is some sort of status in the society.

A big theme in the novel consist of EYES which are used to tell the humans from the androids, we see that the novel starts off talking about Iran eyes as grey and unmarry foreshadowing some other events later on in the story.

-How does Rick deal with all the killing of the Andys while owning one at home?

The three class in the Novel

Regulars: A regular is a person who meets the requirements of an IQ test, and as such is permitted to reproduce according to the law.

Specials: A special is a person who does not meet the requirements set by an IQ test. By failing the test, a person is classified as a special, and therefore can not marry or emigrate.

Andys or Androids:  is a robotic life form that is designed to look and act like a human being. There are only subtle differences between androids and humans, the most obvious of which is that humans can feel empathy, while androids do not.

Some notes on Openlab and new class activities

Now up on openlab is the favorite feature post plug in located on the top right of the class site, where you will get to vote fore your favorite post every week. All you got to do is vote for your favorite post, give a short reason why you liked that post and pull your name at the bottom.

They are responsible for making a five minute presentation on interesting thing they found on the current week blog post.

they are responsible for having topic to discuss when we get into our circle discussion.

Jon Last section of the book

What’s really interesting about this story is the time in which it was written like my fellow classmates mention on their post, this story was written in a time period where there wasn’t a lot of technology around yet. We’re talking about the early 1900’s and in order for Forster to write this story with so much futuristic detail is amazing.

This story is clearly taking about a time when the Earth will be unliveable and we as the human race will have to relocate somewhere else, and in this case we relocate beneath the earth and constructed this new way of living where we would fulfil everything we needed by just pushing buttons. Everything will ever needed would come to us by a click of a button. History as we know it would change everything we knew would be forgotten until one day someone would come along and questions “the machine” and try to do things that shouldn’t be done like go “outside” to the surface of the earth where its unliveable and try to explore it.

The issue that is now raises is that now you’re conflicted with a problem where you don’t know what’s true or not. The outside is supposes to be deathly but then again someone just went and explored it. Now in days we kind of lived in the same idea of getting everything we want from a click of a button. We got the “internet” and just imagine one day the internet is gone all our phone, computer shuts down etc. we would be face with a true disaster everyone would be freaking out, and that’s what people in the story were doing at the end once “the machine stops”.

My name is Jonathan Catana I’m 22 and this is my junior/senior year at city tech. I’m majoring in hospitality mgnt. focusing on the cooking aspect. As much as i like cooking i also enjoying going to music shows all around the city and coffee. Let me restate that I love coffee so much I’m working with it. I work in a speciality coffee shop down in Union Square and I love it. Other hobbies include taking picture with Film, I enjoy it a lot. I just owned one camera at the moment but that’s all I need Here’s some shots i took recently. Over the last few months I been thinking of a project that would combine all my “hobbies” i enjoy into one, opening my own coffee shop that would have a small kitchen serving small plates and put pictures taken up on display. Me and my close bud Shaun been talking about this and ironically we came up with the name Abyss based on the Movie! Over this winter break i didn’t do much just worked, this upcoming break maybe I’ll go on a quick trip down to the west coast I have yet to go the other side of the coast.

One of my Strength when it comes to writing and reading is that I enjoy both. Small fact, when I first graduated from high school I wanted to be a journalism so I can say I enjoy writing papers. I also enjoy reading as well; especially those big books you get when you take American Literature classes because its usually a big book with several stories.

Some weakness are that I tend to write papers one night before its due, ha I tend to tell myself that I have a lot of time to write and next thing I know its due the next day, But I’ll try no to do this this semester well at least that’s what I’m telling myself…

SF is a very approachable in my opinion there’s several sf books that can be approach by SF aspect and other folks that maybe enjoy the mystery aspect of the noble etc. Normally there’s two theme in SF the SF aspect and maybe the theme of Mystery and or horror etc. I don’t know if this makes sense but thats what I think of SF books and of the genre itself.

Here’s some of my 35mm I taken over the last year or so. 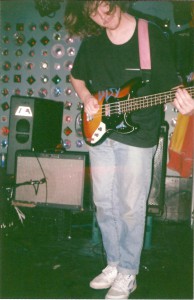 one of my favorite shows and bands. Walter TV 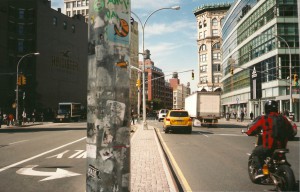 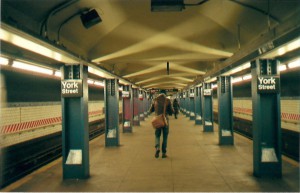