Brooklyn Bridge: A Wonder of the Industrial World

Brooklyn Bridge: A Wonder of the Industrial World

New York State is home to the most National Historic Landmarks of any state in the United States. Most of these structures, buildings, or spaces being located in the New York City area. One of the most famous National Historic Landmarks located in New York City is the Brooklyn Bridge. The Brooklyn Bridge connects the boroughs of Brooklyn and Manhattan over the East River, and is one of the oldest suspension bridges ever built in the United States. It began being constructed on January 3, 1870 and was completed and opened on May 24, 1883. This bridge had a few names throughout its history but was officially named the Brooklyn Bridge in 1915 by the city’s government and was later declared a National Historic Landmark in 1964. The bridge has been serving as a gateway from Brooklyn to Manhattan or vice versa for almost one hundred and thirty years. The Brooklyn Bridge has been and still is a huge integral structure to the success of New York City, allowing people driving or walking, either commercial or pedestrian, to travel from borough to borough. This structure can never be dismantled or altered due to its beauty and significance to the second largest city in the world.

Architectural criticism is constantly in effect as new buildings and structures are being built every day. There are many different architectural ways to view or criticize a structure, but the most common are formal, experiential, historical, and activist. Each view reflects on what that person criticizing the structure finds important. The formal architectural criticism approach focuses on the visual aspect of a structure or building; how the building is organized, its materials, and its connections. The next criticism view, experiential, puts importance on how a structure makes the viewer or reader feel; emotional connection between the reader and architect. The historical approach is interested in the architect’s career and how that architect fit his or her structure within a limited framework; its personality and presence in the world. The final architectural criticism view is the activist view; not focusing on who wins or loses with this structure being built, but the structure’s social and economic benefits to society.

The Brooklyn Bridge is a neo-gothic suspension/cable-stay hybrid bridge that is five thousand nine hundred and eighty-nine feet in length and eighty-five wide. The distance between the bridge’s two towers is one thousand five hundred and ninety-five and half feet. At the bridge’s middle span, or the roadway’s highest elevated point; it is suspended one hundred and thirty-five feet above the East River. The towers of the Brooklyn Bridge are built of mostly granite, limestone and Rosendale cement. Rosendale cement is a natural type of cement that was produced from argillaceous limestone from in and around the Rosendale, New York area. The granite blocks of the bridge were shaped and quarried in Maine and then shipped to New York.

When the Brooklyn Bridge was initially built it allowed travel via elevated trains and streetcars; elevated trains up until 1944 and street cars up until 1950. The present day Brooklyn Bridge’s roadway has six motor vehicle lanes; three Manhattan bound and three Brooklyn bound. These vehicular lanes are located on the lower level. The bridge also has one pathway on the upper level designated for pedestrians and bicycles. As you walk along this pathway the cables of the bridge create a unique web-like pattern. The roadway has height and weight restriction of eleven feet and six thousand pounds. Due to these restrictions, buses and large commercial vehicles are prohibited from using the bridge.

The Brooklyn Bridge’s paint scheme is “Brooklyn Bridge Tan” and “Silver”, but another color scheme has been argued to be its original paint and that is “Rawlins Red.” “Rawlins Red” is a color generated by the presence of the iron oxide mineral hematite.

The Brooklyn Bridge connects my home borough (Brooklyn) to the most noteworthy borough (Manhattan). This bridge allows me to travel over the East River and admire the water and beautiful city on my journey. The bridge is lit up at night by floodlights showcasing its impressive features; allowing me to admire them from a great distance or while I am actually on the bridge. The Brooklyn Bridge has always been significant to me because some of my fondest memories of my childhood came from traveling the bridge. My parents and three siblings and I would walk the bridge in the summer; soaking up the sun and soothing breeze created by the river. We would stop at the bridge’s midpoint to take pictures of both Manhattan and Brooklyn; attempting to get panoramic photos with both boroughs in the picture. I’ll always remember the feeling in your feet while you walk the bridge, as hundreds of cars pass beneath your feet; shaking the ground you stand on. It used to make me nervous when I was younger but now it is just another thing I admire about the bridge and its fascinating technology to able support such a tremendous weight. After my family and I would arrive in Manhattan, we would either find a place to eat and/or visit the South Street Seaport. The South Street Seaport offers many tourist attractions.

The Brooklyn Bridge was originally designed by American civil engineer John Augustus Roebling, who died of a tetanus infection at the age of sixty-three in 1869; fourteen years before the completion of the bridge. Before his death, John Augustus Roebling placed his son in charge of the project. Washington Roebling was his son, who shortly after his father’s death developed caisson disease which made him physically unable to supervise the construction of the bridge. Washington Roebling’s wife, Emily Warren Roebling was put in charge under her husband’s guidance to help finish the construction of the bridge.

An activist’s view of the Brooklyn Bridge will analyze the bridge’s significance to society. Before the Brooklyn Bridge was built, the only way to travel from Brooklyn to Manhattan was via ferry. The Fulton ferry from Brooklyn would dock directly across the East River at the South Street Seaport. Since ferryboats were the predominant means of transportation into Manhattan for Brooklyn residence, accidents on the harbor were very common during the late 1800s into the early 1900s. These ferryboats would collide with other ferries, excursion steamboats, oyster boats, and passing freight ships. Not to mention the risks of taking a ferry during this time period, but these ferries were also overcrowded due to the lack of other means of transportation. The building of the Brooklyn Bridge alleviated these problems; offering a safer path into the city.

It cost over fifteen million dollars to build the Brooklyn Bridge, but despite this large quantity of money, the tolls charged when the bridge was initially built helped recover the money that was invested in building the bridge. If you were a pedestrian walking the bridge, it would cost you a penny to cross. If you were transporting a sheep or hog it would cost two cents. It would cost five cents to travel with a horse or cow, and it would cost ten cents to drive a wagon pulled by a horse.

If the Brooklyn Bridge was never built the city of New York would not have had the industrial boom it had during the late 1800s and early 1900s. The Brooklyn Bridge connected two metropolises; advancing New York City into the 20th century. I don’t know what our city would be like without it.

Burdge, Brooke. The Influence of Transportation on the Decline of South Street Seaport 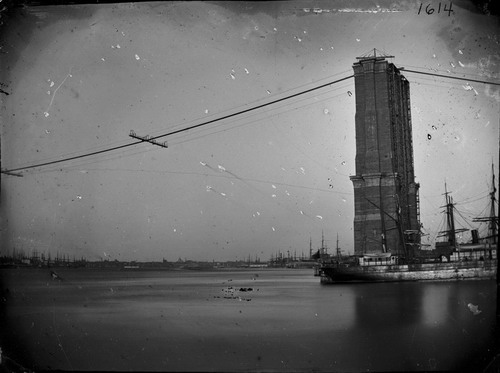 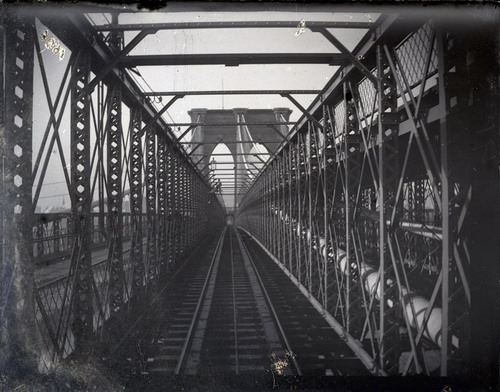 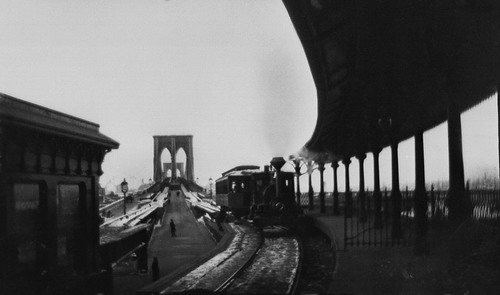 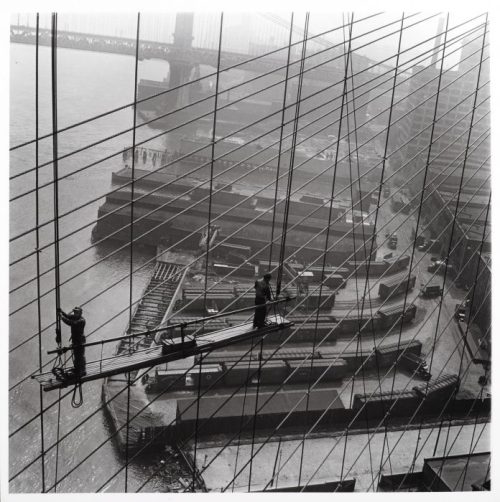