I am probably late but wanted to wait until I got the results from my doctor and I wanted share my progress.  I finally ended up in the action stage in LiveWell and I had never mentioned it before but my doctor had diagnosed me as pre-diabetic before we started the LiveWell and now I am not.  All my levels are normal and I am down another 4 pounds.  I am very grateful for the LiveWell session.  I got a lot of great information from it and it was free which is a big plus.  Hoping to stay on the the right track and be at my goal weight by the end of the year.

I found myself being extremely stressed these past six weeks. Managing my course load, internship and personal life has been hectic. I was not able to manage my stress level as much as I expected to due to the vast quantity of papers, reports and presentations I needed to complete. Even though I allotted time every week to relax and do things that would ease my mind, I couldn’t do as the tasks required for school typically took longer to complete that initially planned. I do plan on doing activities such as exercising, taking walks, spending time with my friends and reading books to relax. I will be so relieved once this semester is over! 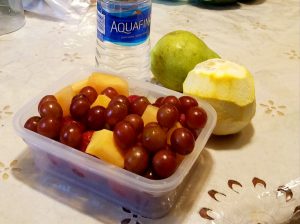 After I complete the last session from live well, I make a lot of progress about my eating.  for the snack, I prefer to eat fruit instead to eat chips.i find a better way that I have to manage my stress.

I have enjoyed all the personalized feedback from Live Well program. After I complete the third session of livewell, I feel more motivated to eat healthy and exercise more frequently. I am now in the action stage for healthy eating and exercising. I need to continue on exercising and eating more healthy choices instead of junk foods. All these time I gave excused of the semester load and stress I have from the classes, now I will have more time to go to gym every day and exercise regularly.

Last month Professor Almond announced in the class, one of CUNY’s students found dead in her apartment. she was in her late twentieth. why I am mentioned that? the reason I am mentioned that is because I thought she was the girl that I met two month ago in the bathroom and she was so weak, pale and sick. she was in her late twentieth, smart, but  lonely. we became friend and we stayed in touch. she trusted me with her secret that she suffer from mental problem, and she is on medication, but she no longer want to live, she starve herself so she died and rest. when I herd the news, I was scared it was her. for three  weeks I tried and called her number day and night. I texted her weekdays and weekends, but no one reply back. I looked for her in every floor I though I can find her in City Tech, and asked the people that she used to be with, no one saw her for the last three weeks. I started to panic, thinking she maybe the one in the news. I searched the internet hoping to find a picture of the deceased girl, but nothing came up. I was going to speak to the counseling office because I referred her to them, that day, I got a text message from her. saying she was so sick and needed rest. I felt relief and happy that she is fine, but sad or the other girl who lost her life. the reason I am sharing that was, because of Active mind effect on me. Maybe we went on their website for one or two times because of assignment requirement, but the stories we read have impact on us forever. Active mind open our eyes on problem that exist among our life, our family, our school, our community and our nation. we can’t ignore mental illness anymore.

After completing the third session of livewell, I feel more motivated to eat more healthy and exercise more frequently since the school semester is ending soon. I will put more time into exercising.

I feel that the program improved my ability to deal with stress and a recent injury. Due to recent decreased neck mobility, Livewell suggested how to deal with the change and rely on my family/friends for support. Very interesting how the program grows with you. Priorities vary from year to year in an individuals life and being able to adapt is sometimes the most important part to maintaining a manageable stress level.

I have not been stressed through the semester as I treat life like the Lion King philosophy Hanuka Matata. It means no worries for the rest of your days. So when stress comes through in my life I just don’t worry about it. As I’ve come to realize that you should only get frustrated within your own sphere of control and those things outside of it should not bother you.

Through this Semester, I have encountered many stressful situations with my classes, a full time job and being able to maintain a healthy lifestyle was challenging. Livewell sessions have kept me to some degree maintain a healthy lifestyle. I am able to manage my stress level and follow some of the tips they recommend. I am currently in the maintenance stage and very happy.  It’s a great tool and encourages you to keep going.

At the beginning i was skeptical about whole “get to know your self better, via web resource”. After 2nd session  begin to manage my food consumption and better handle stressful situations.  Even though I included lots of fruits and vegetables in my rations, it’s hard to say no to quesadilla and beer. 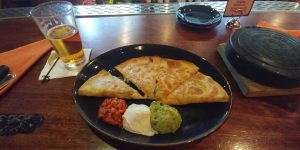 Still lacking in exercise department, big time. In regards to stress management, I think something with V8 will help me.