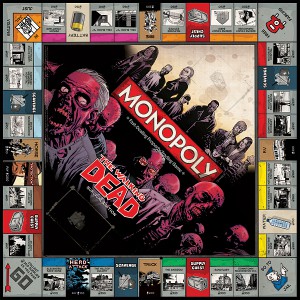 In Professor Robert Leston’s upper-level course ENG 3402 Topics in Literature on Vampires and Zombies in Popular Fiction and Film, students explored the popularity of the undead in popular literature, film, and TV. Using a hybrid course format, in which students met once per week face-to-face and numerous times online, Professor Leston depended on his OpenLab class website for discussion and the submission of reading responses for fellow students to read and comment on. The OpenLab became an online meeting space to explore the fascination with vampires, werewolves, zombies, and monsters in American popular culture.

From reading classics such as Bram Stoker’s Dracula, Franz Kafka’s The Metamorphosis and contemporary academic critiques to watching excerpts of film and TV like Shaun of the Dead and Buffy the Vampire Slayer, students submitted reflections and critical responses to readings and viewings on the class website in order to create a virtual ‘reading journal.’ Open to all classmates and the larger CityTech community, the class website extended the learning experience beyond the walls of the classroom and invites outsiders to look in. Students used the OpenLab to access readings and media clips too as well as to stay on top of the work of fellow students in order to avoid overlap with other student projects as each took turns to lead group discussions as ‘expert readers.’ The OpenLab offered a vast range of interaction for professor and students in a hybrid class.

Take a peek at a student’s ‘reading journal’, another student’s response to a reading that contrasts Steve Jobs the vampire to Bill Gates the zombie, and a selection of class readings and media clips. 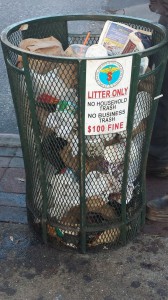 Garbage in Local Neighborhoods, part of student studies on waste in Biology I

Last fall, a unique learning community brought together first-year students in English, Math, and Biology courses. 24 English composition students in Professor Suzanne Miller’s ENG 1101 along with 24 Math students in Professor Lin Zhou’s MAT 1175 section came together in Professor Jeremy Seto’s BIO 1101 Biology I course.  Exploration was the theme of the learning community that encouraged students to better understand their environment in a qualitative and quantitative manner. Professor Seto helped students identify math problems, Professor Zhou helped her Math students find the solutions, and Professor Miller helped the Composition students articulate problems and solutions. In an early assignment, students read about the local rat problem in Manhattan’s Upper East Side and responded to the article on the OpenLab. Professor Seto even contributed a graphic decomposition study to illustrate the effect of poison on rodent control. Soon after, students were asked to document the waste in their own neighborhoods to compare to the Manhattan rat problem. The photo essays encouraged students to better relate the terms and concepts they learned in the classroom to their own environment (click here for an example of  student documentation). Simultaneously, students learned to better articulate their analysis of texts and acquired basic skills such as distinguishing between primary and secondary sources. Assignments were scaffolded to help students draw connections between the diverse courses and their own lives. For a group project, students in English Composition and Math worked together to identify and solve a math problem in Biology I. Over the course of the semester, student groups identified a challenge, formulated questions to solve the problem, and collectively answered the questions. Each group was tasked with creating a poster to illustrate the process of investigating problems and finding solutions. 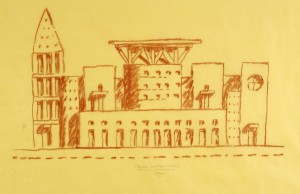 Some would argue that drawing is as important a skill as reading, writing, speaking, and thinking. In Professor Matthew Gold’s English Composition class Composing Abstractions, students discussed the status of drawing in an assignment. After reading Michael Graves’ “Architecture and the Lost Art of Drawing,” students were asked to summarize the key points and reflect on their reading.

Example of a Student Response

In assignments that took place in the classroom or at home , students were asked to think about architecture in a variety of ways, from “unphotographable moments” or through the lens of an adjective, i.e., “smooth” or “slimy.” Working in groups, students re-imagined and re-invented the Brooklyn skyline. See an example of “futuristic dreams” here.