This picture was taken between Washington St and Water St, the spot we got to initially. I decided to edit the picture black and white because it matches with his expression of worry / tiredness. I was aiming to give it that feel of old style street photography.

I personally found myself having a hard time finding subjects because there weren’t many people out there yet but it was still fun (and scary!). 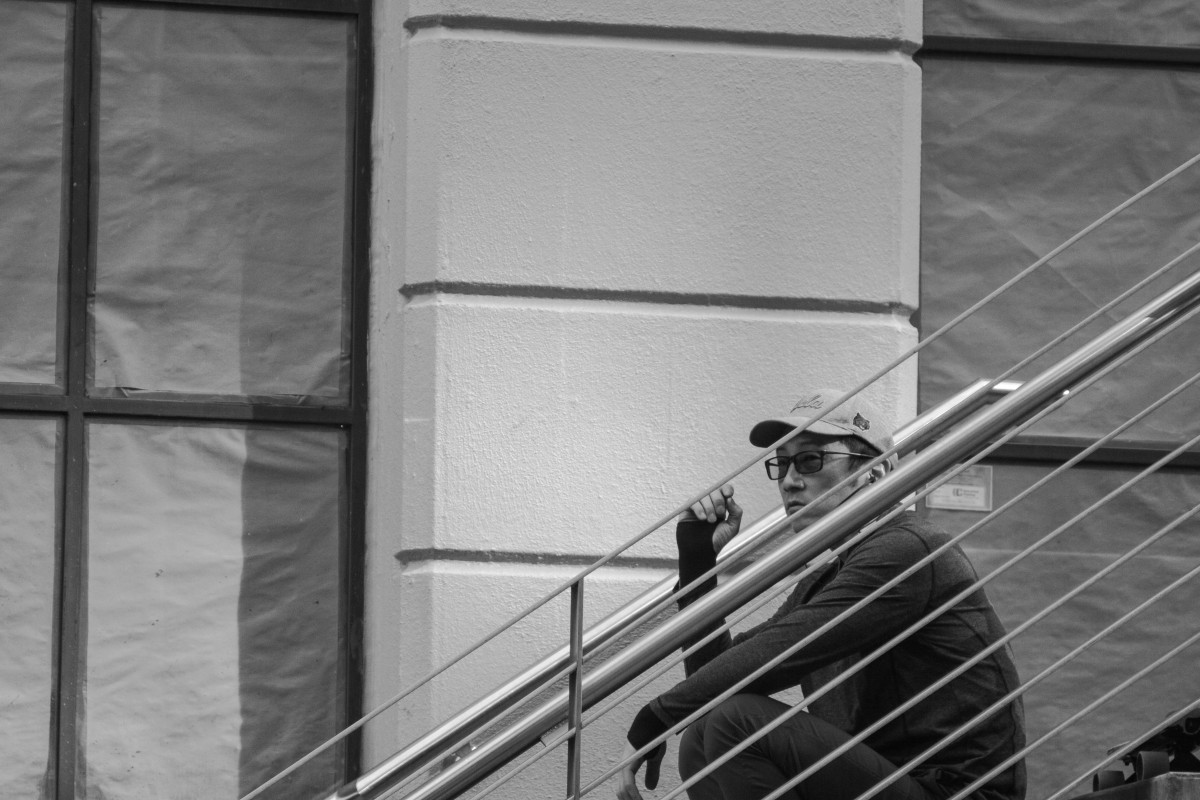 I like how Irvin and his surroundings match. The white in his shirt and the background makes it look nice and clean. 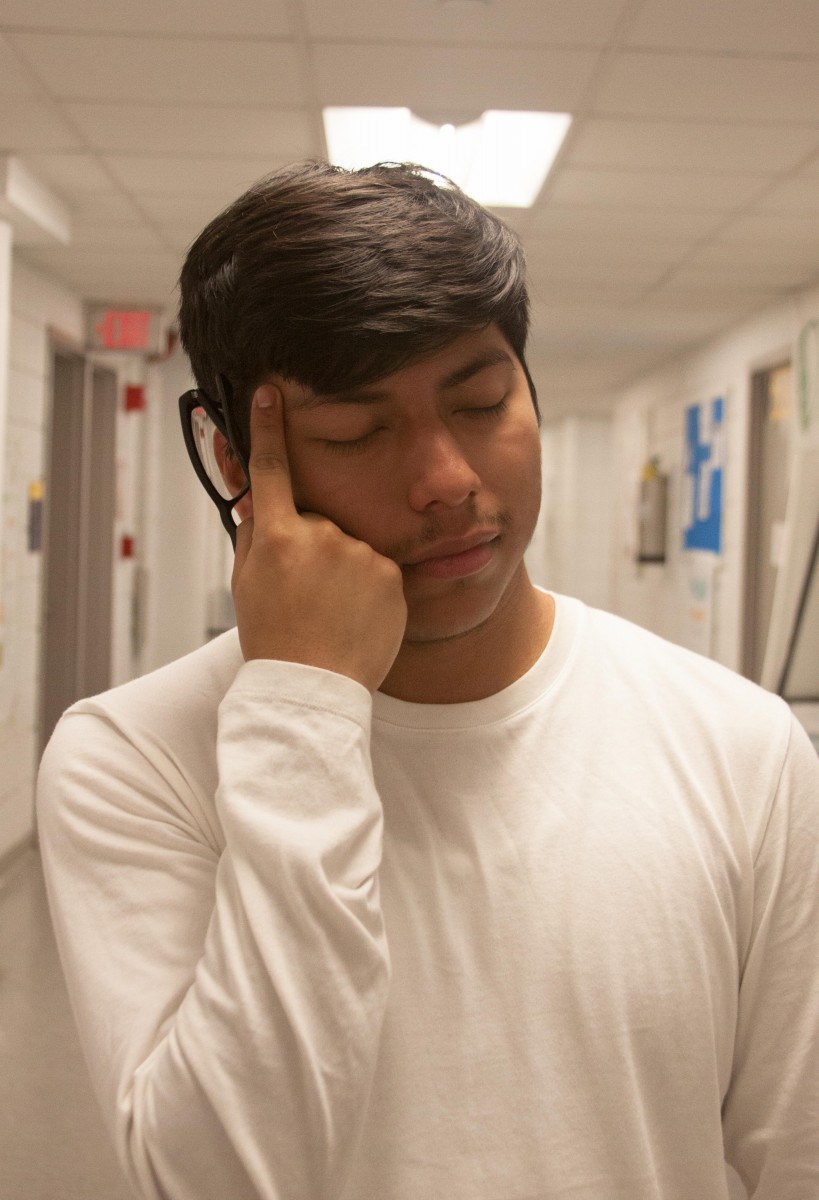 Photoville is FREE outdoor photo exhibition that takes place in the Brooklyn Bridge Park. This year marks the 7th anniversary of the event – in which over 600 artists and 90 exhibitions were showcased. Apart from the photo exhibition, the event also features free panel talks and hand-on workshops for its visitors.

I found it peculiar (in the best way) to see how the exhibitions were mounted in freight cars. Some artists decided to decorate the inside their own way and even add music to give a better vibe to their work. One thing that I found important to highlight about the event is the diversity it presented and its overall topic of immigration and societies undergoing change. All of the artists in Photoville came from different backgrounds and countries around the world. There were men and women, young and old alike, and it was a beautiful thing to see all the different stories told through their lens.

One of the photos that has been stuck with me for a while is this one taken by John Moore from Getty Images. The picture shows a Honduran toddler crying as her mother is searched and detained near the US and Mexico border. Ever since Moore released this picture it has been used in many newspapers and magazines — including the cover of TIME magazine. I am Honduran and also an immigrant, so I am flooded by sadness thinking about the struggle many go through to reach this country because I KNOW why they migrate. I have experienced it myself. The image successfully depicts the pain and uncertainty kids specially go through during these situation as they’re being separated from their parents and how cruel this journey can be. 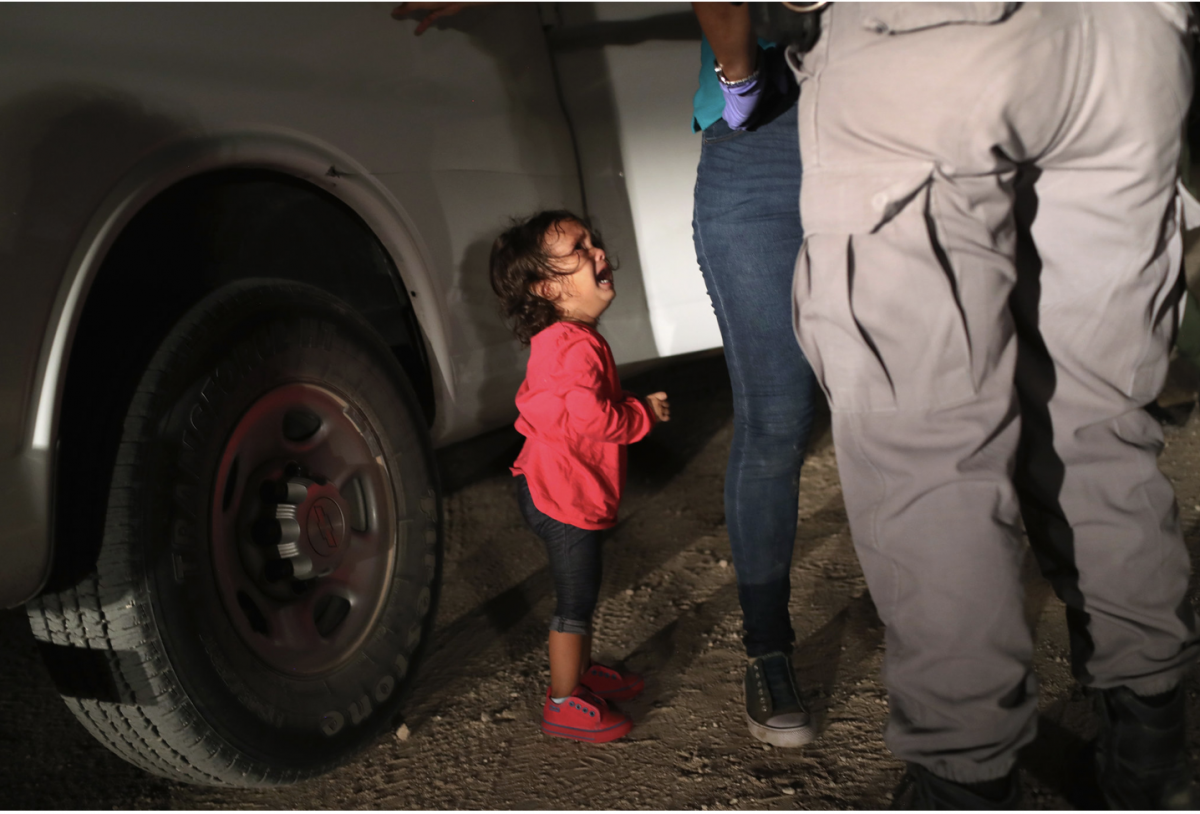 Overall Photoville was an encounter with many emotions – as I found myself through many of the stories told by those pictures. Civil war, immigration, femininity, coming of age, among others. It was a wonderful experience that I will surely follow through the years to come. 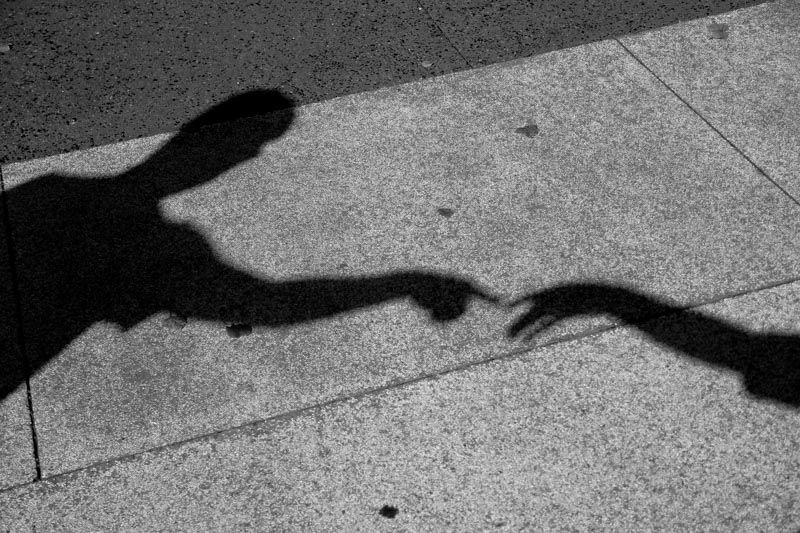 It can be said that Joey Lawrence is one of the youngest and most successful photographers of our time. He is a portrait photographer whose skills with the camera are without a doubt immaculate. Choosing a single favorite picture from his gallery is a hard, close to impossible, task. Every picture is beautifully taken and gives a sense of powerful emotion. However, one that really stood out for me is this one. The captions states “Mayama Mustafa, 60, women’s leader and village midwife, with the two children she looks after: Jeneba, left, and Nafisatu, her niece. She holds the savings bank that all women contribute to and share”.

It is powerful how the three of them look directly at the camera, how Mustafa in the middle  has a proud compusture and a strong gaze that instantly makes one think “Yes! that’s definitely a leader”. The two girls by her side stand slightly behind her symbolizing how they are being protected by Mustafa. They both stand very proud as well. The green scenery is refreshing and it contrasts with the traditional outfits they are all wearing complementing the picture nicely. One basic rule of photography is to avoid the middle, but in this case the picture is centered. However, it works because Joey’s goal is to put the focus on them and showcase them as they are. 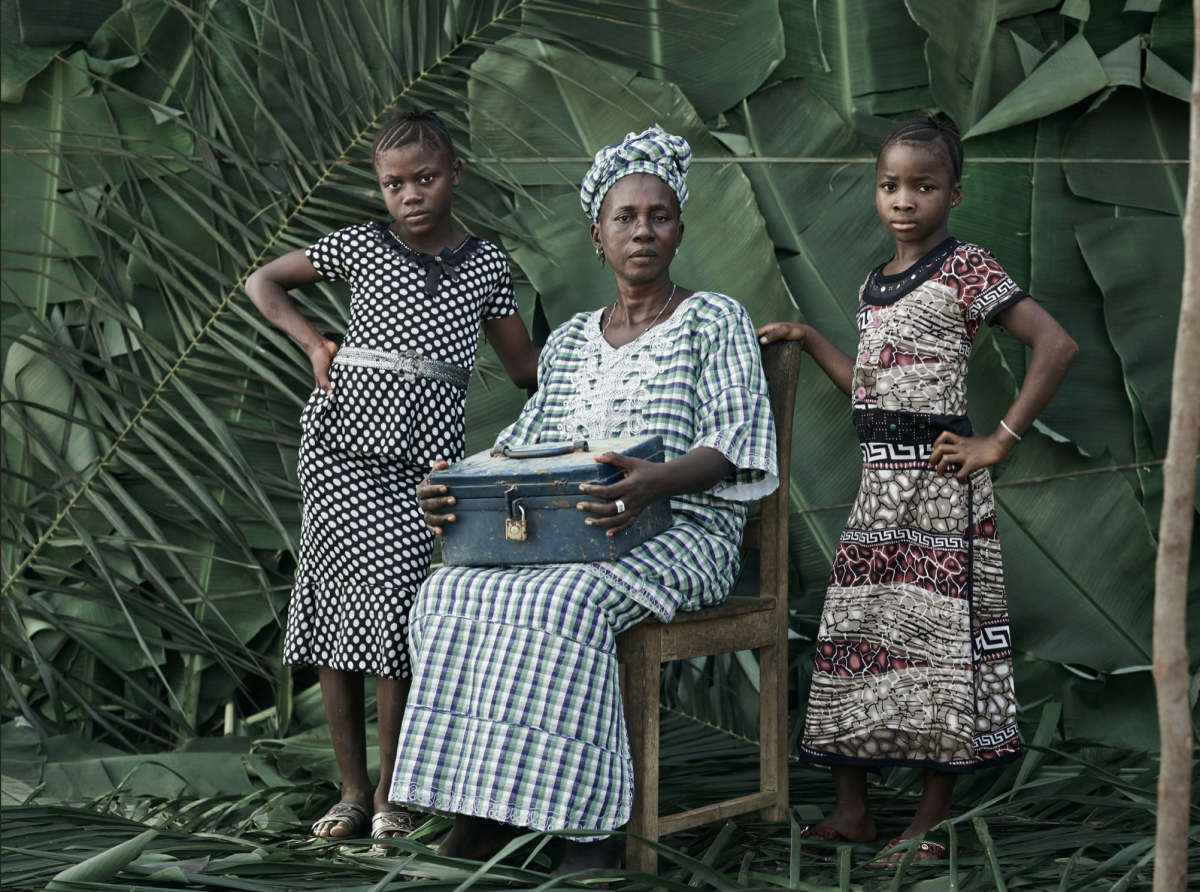