Out of sight, Out of mind

On December 12th, 2018 my class and I had taken a trip to the United Federation of Teachers Printing Shop on Broadway street, in the financial district of downtown Manhattan. Now I can’t recall the names of the printing presses that I saw because ,bad memory but I will try my best to describe them. The first printing press I recall was a digital press that I was told cost around $500,000 and it used CMYK ink. The printing press could print double sided, 11×17 paper and the press required the person to know Adobe Indesign, Illustrator and Photoshop in order to have proper printouts. The second machine I recall that isn’t exactly a printing press but it really interested me was an envelop loading sort of press. Because there is a lot of components with loading the envelopes and closing, the loading press had to be set to a slow pace or it would risk jamming the press. The final press I remember was the last part of the trip and my personal favorite, the T-shirt printing press which would take an image from the computer and use ink swiping back and forth while blotting on a sponge to print the image on a T-shirt. These were important to m e because it just showed me more of what a printing facility can do

My poster is based on the idea of bullying and how it cages and damages us once we are stuck in its grasp.

This banner represents me because while I was designing this I was honestly thinking about foods and I happen to love chocolate donuts. Then again if I had just placed repeated images of chocolate donuts it’ll just make you hungry. I added a dark background to represent the chocolate and gave the “donuts” colors and placed them in a pattern. This best represents me because I myself am a very vibrant person who just dresses plainly and I adore food more than anything.

For this quote I used the Bradley Hand font in bold by Henry Rollins. The quote itself works with the image of the abandoned ship that I edited in photoshop. The black and white image allows the font that I displayed in to standout and it’ll most likely be the first thing that is noticed on the page. I chose this quote as a way to tell myself that sometimes it’s okay to be alone and hopefully that message is passed on to others. 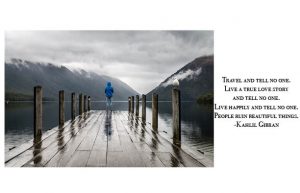 For this quote I used the Bodoni 72 Small caps font. The image used for the quote gives off a serene feeling and gives more affect to the quote. The quote by Kahlil Gibran itself was chosen because sometimes my family isn’t as supportive of what I do so whatever moves or choices I make in my life I keep them quiet so that I can enjoy the moment without them ruining it.

For this quote I used the Courier font in regular. The image used for the quote makes me feel as if I myself am writing a letter to someone and I’m just reminiscing while looking at the some beautiful scenery. The quote by myself was chosen because someone would tell me that I’m not enough and hearing them throw their standards around like a frisbee just motivates me to surpass them even more.

Samsung is known as one of the top producers of outstanding technology, along with its competitor Apple. The company’s logo is recognized worldwide as it appears on many products from cell phones to kitchen appliances. Before being known as the company it is today, it originally started out in Taegu, Korea by Byung-Chull Lee. it was first known as Samsung Sanghoe or “Three Stars”, an idea taken from, the three gods of fortune – Prosperity (Fu), Status (Lu), and Longevity (Shou). The company was so small at first that there was no logo until 1958, and even then the first logo bore no resemblance to the logo that we know today. So how did the modern logo come to be what is now?
Similar to other well-known companies, Samsungs logo started out one way in the beginning and then evolved. Looking between the latest logo and the first logo it’s hard to see how the one we’re most familiar with came to be. There is no proper lettering showing the company’s name, only a circle enclosing the three stars over three stripes and a couple of agricultural crops displaying the company’s involvement with agricultural exportation According to SuccessStory.com, before the technologically advanced company actually started making technology, it was a small trading company whose business was “ production and distribution of groceries within the city.” However, the brand simply worked and Lee’s vision took him further into the future. In the year 1969, the company would then branch out into
Samsung- Sanyo Electronics, where their first product would come to be a black and white television. The logo was then revisited for the first time in 30 years to reflect the direction the company was headed in. Looking at the logo, notice how the stars are kept more in the back as the wordmark is kept towards the front and make to look more significant with bold, black lettering and the stars are encased in a box. According to fineprint.com the illustration of the logo was intended to display the company’s goal “ to dominate the television market, which is now reflected by the corporate identity.” The company name was added to so many successful subsidiaries that its importance in the design was the most practical choice the designers could make. The company’s assembly lines were known as one of the most efficient lines in the world. They were able to cut production costs without ruining the quality of the products which allowed them to grow more popular in an already competitive market.
Microsoft and Apple would be competing against each other for market dominance leading Samsung to produce their first personal computers. This sudden move would then cause Samsung to make even more subsidiaries. In the year 1985, Samsung took its first chance at telephones with the SC-1000, a mobile unit used for in-car use only. The quality and coverage weren’t the best in those days, but the fact that it worked would mark a new chapter for Samsung. Taking a change in the market, it was now time to update the logo again.
In this process, the designers explored simplicity, removing the outside circle substituting it for the three stars, composed of small diamond shapes placed at angles. The article states that “with the sharp lines and clever use of negative space, we can see the company’s transition towards a more tech-oriented identity.” Samsung then started competing with companies like Sony and Panasonic, leading to a drop in sales. This would upset Lee as he delivered a three-day long speech in front of 200 executives explaining his plans for the future. This would then mark the greatest shift in company policies and ethics as “ He would prove instrumental in managing the company’s quality control, and was famous for making factory workers wear headbands that said “Quality First”. His approach would also inspire the logo that currently adorns all their products.” The lettering has taken center stage in a sans serif typeface called Helvetica Black with a change to the “A”. The logo was designed by Lippincott Mercer in 1993, the typeface was placed in a dark blue ellipse tilted at a 10-degree angle, as a way to show “graphic representation of the universe and symbol of the company’s ever-growing ambition and success”. This logo now dominates the Samsung products of the world, but what does each part of this now famous logo represent and how does it work with the company?
The current Samsung logo design is intended to emphasize flexibility and simplicity while showing a daring and innovative image through the ellipse, the “symbol of the universe and the world stage.” The openings on both ends of the oval shape where the letters “S” and “G” are located are intended to demonstrate the company’s open-mindedness and their ambition to communicate with the globe. The basic color in the logo is blue, a color that the company has used for years. The blue color symbolizes stability and reliability, which are precisely what the company wishes to give to its customers. The Samsung ads varied frequently between stunning graphics or even simple designs while maintaining its simple blue design with an added gradient that just makes the design stand out while adding a new dimension to the design and adding realism to the object like so. Other times the Samsung ads resort to being factual and intimidating the competition by showing new features in its products and how it compares to its competitors.
Samsung and its logo have both come a long way in terms of its products and how it chose to display their products in advertising. The new and modern logo displays a sense of new beginnings and confidence in itself with a bold color and a simple sans serif type. The technology of the company is outstanding and they continue to make improvements to the human/ technology interaction that can open new doors in the future. Lee Byung-Chul should be proud of what he established and how far it has come. 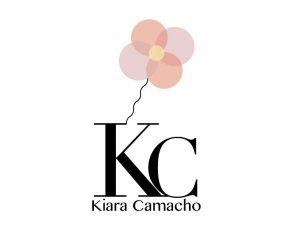