For this assignment, I decided to visit Brotherhood Winery, America’s oldest winery with a friend of mine who would help me with the tasting (she was very happy to oblige!).

Brotherhood Winery has been open since 1839 and is located at 100 Brotherhood Plaza Drive in Washingtonville, New York. The drive was about one and a half hours, going north from New York City.

After we arrived, the people there greeted us very warmly and asked if we would be part of the tour that was coming up in a few hours. We gladly accepted and experienced something that was truly outstanding!

The underground cellars were dug in 1839. They are considered to be the oldest and largest in America and are still in use by the Brotherhood winery today. Jesse and Edward Emerson named the winery “Brotherhood” when they took control of the establishment, selling wine for religious purposes. Almost one hundred years later, in 1921, Louis Farell purchased the winery and began conducting tours and hosting parties there (“History,” n.d.).

The winery is now owned by Cesar Baeza, a Chilean wine educator and consultant, and welcomes people from all over the Northeastern United States, with 100,000 visitors and between 60,000 and 80,000 cases sold each year (Sayegh, 2008).

A tour and tasting pass costs $10, while tasting flights go for $7 with a Brotherhood wine glass to take home. Additional tastings are $5 and the simple tour pass is $6 (“History,” n.d.).

The tour guides explained that their winery does not have a single vineyard, in fact their source of grapes comes from the Finger Lakes and Long Island regions. The grapes they receive from Long Island AVAs are Merlot and Cabernet Sauvignon while the Chardonnay, Pinot Noir and Riesling come from the Finger Lakes AVAs. Although they lack a vineyard, they do have a few rows of vines in front of their property that are used for experimenting and studying. The grapes harvested from the Long Island and Finger Lakes AVAs arrive by trucks and are processed as if they were grown on the spot. Quality control is done in their lab to test the levels of sugar, acidity and alcohol of the wines after processing.

The winery had a 700-gallon cask made mainly of American oak, but stopped using it due to unpracticality. Now they use stainless steel and oak barrels made of French and American oak. The French oak gives off flavors of vanilla, fruit, and toasty almonds, while heavy flavors of chocolate and tobacco are given off by the American oak. The stainless steel barrels are used for the white wines in order to not impact their flavor.

The winery started producing wine before the advent of technology, thus corking and labeling had to be done manually. They still use three types of caps: the traditional cork which they use for the expensive wine; the synthetic cork; and the trusty screw cap for cheaper varieties. There is also a separate room named the “Grand Monarque Hall”, where they keep their sparkling wine.

During our tour, guests were offered five different wines. The first wine was called Carpe Diem Spumante, which is a sparkling wine light in color with notes of vanilla and florals. The second was the Sweet Lolly White that had a straw yellow color with aromas of candy, hence its name. The third one was a Sweet Lolly Red and (according to my friend) tasted very similar to the white version. The fourth one was named May Day and had a pink/red color, was fairly light bodied and (apparently) had hints of floral on the palate. The fifth and last one was the Brotherhood’s signature wine called May Wine, which was made with Concord grapes, something I thought was interesting and uncommon. It had strong aromas of strawberries and woodruff, and tasted almost like liquefied strawberry jam. Indeed, according to Wine Folly (2015), “Concord wines are perhaps best as a sweet wine with a deep red color, high acidity and aromas like strawberry, fruit-punch, violets and musk”.

This assignment was a great excuse to learn about wine outside of our wine class and, since I enjoy going upstate quite often (being from Canada), it’s certainly a place I’d like to visit again! 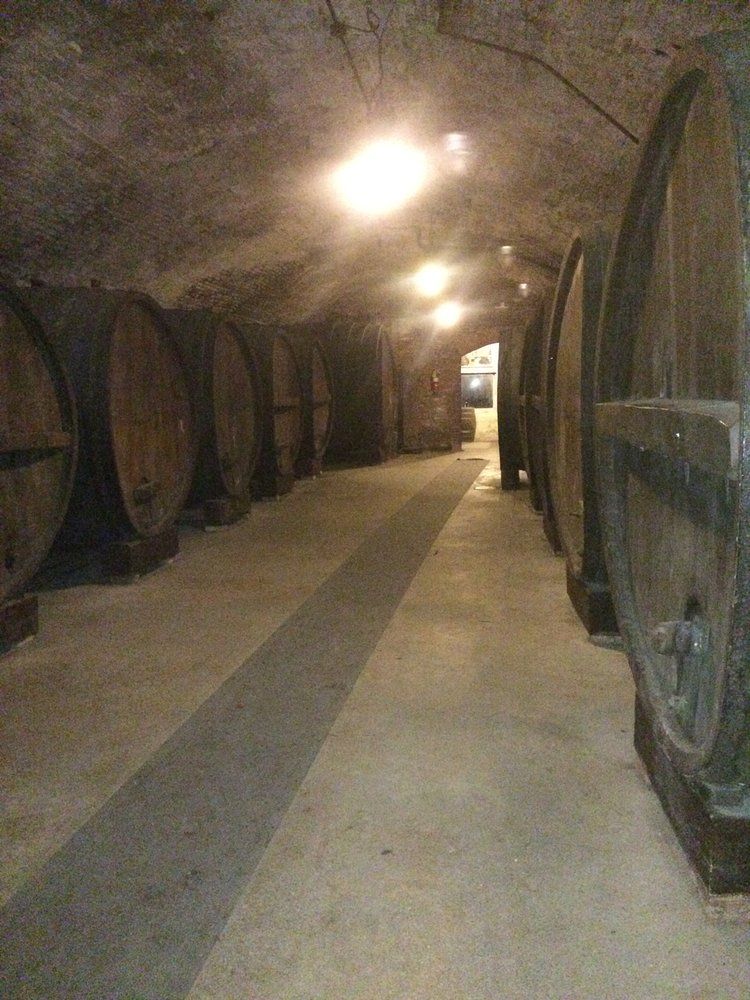 The Underground Cellar at Brotherhood Winery 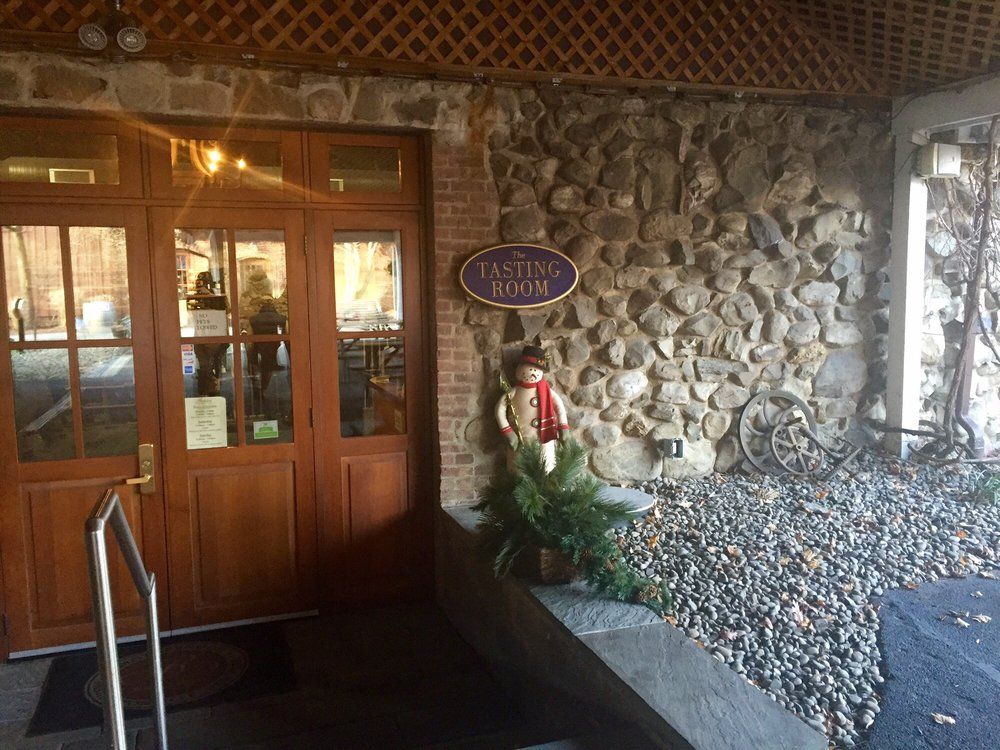 The Tasting Room at Brotherhood Winery 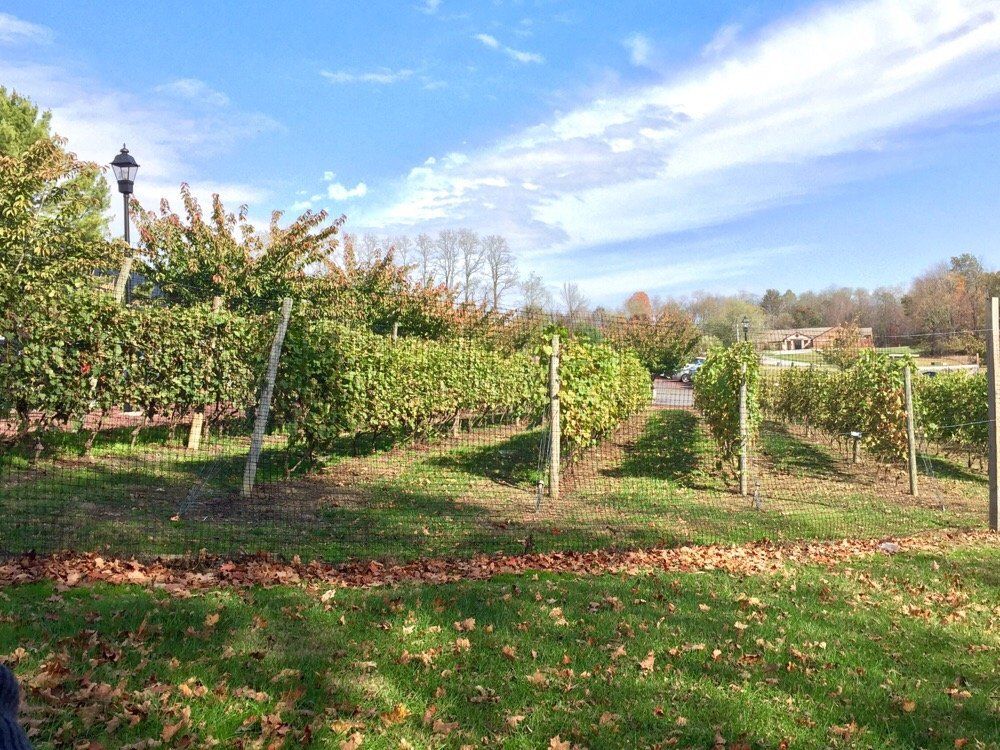 Rows of Vines in Front of the Winery 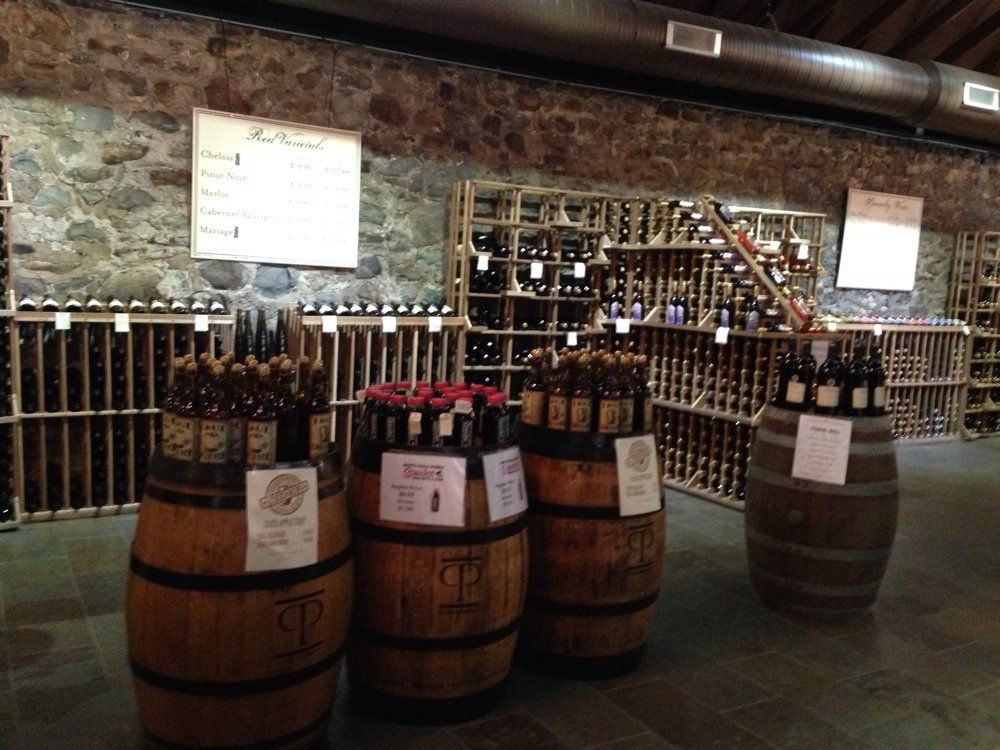 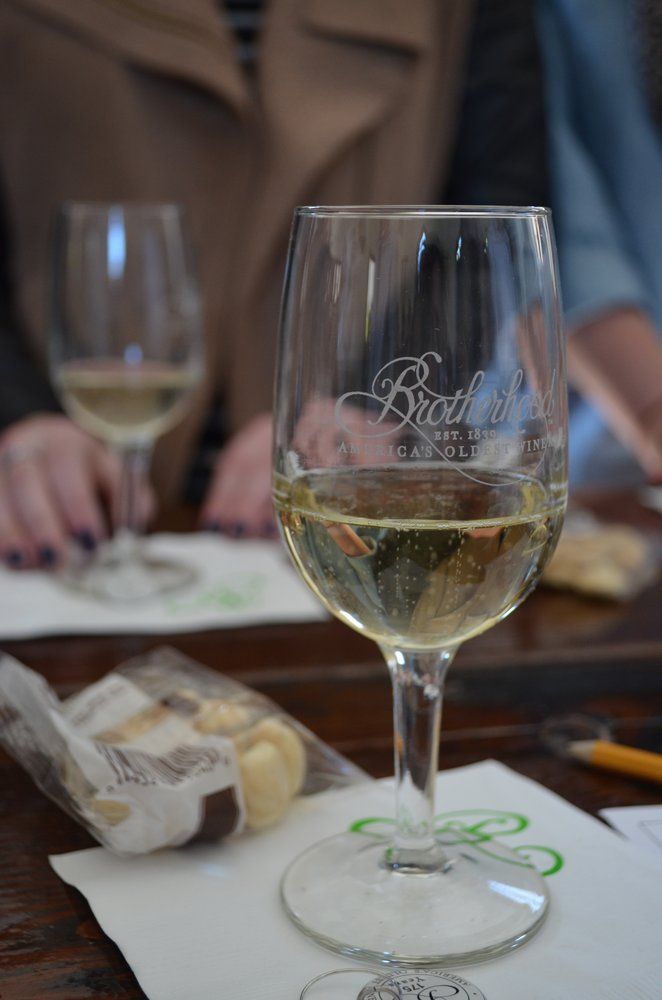 History. (n.d.). Retrieved May 23, 2017 from the Brotherhood Winery webpage: http://www.brotherhoodwinery.com/aboutUsHistory.html

Sayegh, B. (2008, May 15). Brotherhood Winery in Hudson Valley; Rich in History and Wine. Spectrum News, Hudson Valley. Retrieved May 23rd, 2017 from http://www.twcnews.com/nys/hudson-valley/explore-ny/2015/05/5/brotherhood-winery–america-s-oldest-winery.html

For my Retail Beverage Shop Analysis, I decided to go to a wine store I had never visited before but had heard a lot about from some of my fellow wine-loving friends: Union Square Wines and Spirits.

Union Square Wines and Spirits is located just a block from Union Square at 140 4th Ave. (bet you didn’t know there was a 4th Ave. in NYC!).

Here is what the entrance looked like as I walked towards it: 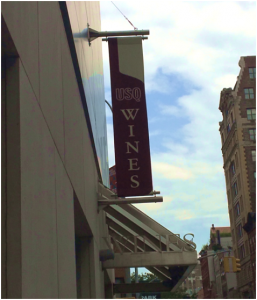 The store has been around since 1995 and one can tell just how much those working there appreciate what they do just by speaking with them about their offerings.

The space is quite large, with wine selections from all around the world: 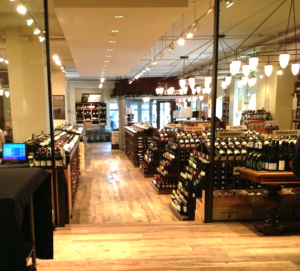 They often host a variety of events including free wine tastings on Saturdays, which I thought was a great supplement to their retail offerings. Not only that, but they even have Enomatic wine machines, which allow them to offer patrons a taste of expensive wines without having to finish the bottle for fear of spoilage. 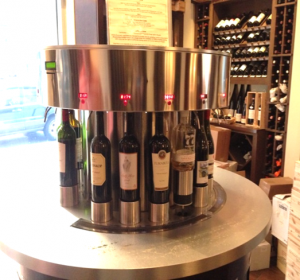 One of the store’s Enomatic wine machines.

Speaking of expensive, the wines at Union Square Wines and Spirits have surprisingly high price tags compared to those I’ve seen in other wine stores. The lady I spoke to said that this was because they offered only the highest quality wines, but that they also had cheaper selections for those on a budget (the cheapest one I saw was about $10). In fact, there was a sales bin at the entrance offering discounted options for less selective customers. They also offer a section of featured wines to incite their customers to try something new. 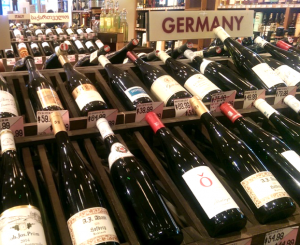 A selection of wines from Germany with their (steep) prices.

One thing I particularly liked was that not only did they organize their wines by region, but also by grape variety. You will see an example of both in the photo below, with Sauvignon Blancs, Merlots, Cabernets, Syrahs, and Zinfandels in the background, as well as Australia, Southern France, Rhone and Bordeaux wines in the foreground: 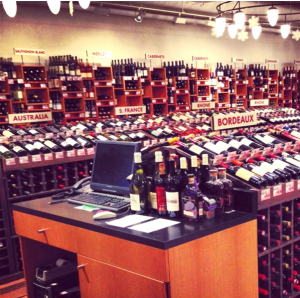 Along with regular wines, this store also offers a great selection of spirits, as well as a wide variety of kosher wines for its Jewish clientele. In fact, they have a kosher wine specialist who researches, buys and helps customers choose their kosher wine in-house. 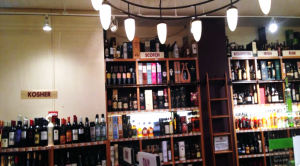 The kosher wine selection (left) along with some of the spirits on offer (right).

In conclusion, my visit to Union Square Wines and Spirits was a very productive one. I finally got to visit the store that all my oenophile friends had been raving about and see what all the fuss was: this store offers a truly fantastic, well-organized selection of wines, allowing you to browse, taste and explore the wonderful world of wine with the help of their knowledgeable staff for hours on end. Albeit at those prices, one may only want to buy for very special occasions.